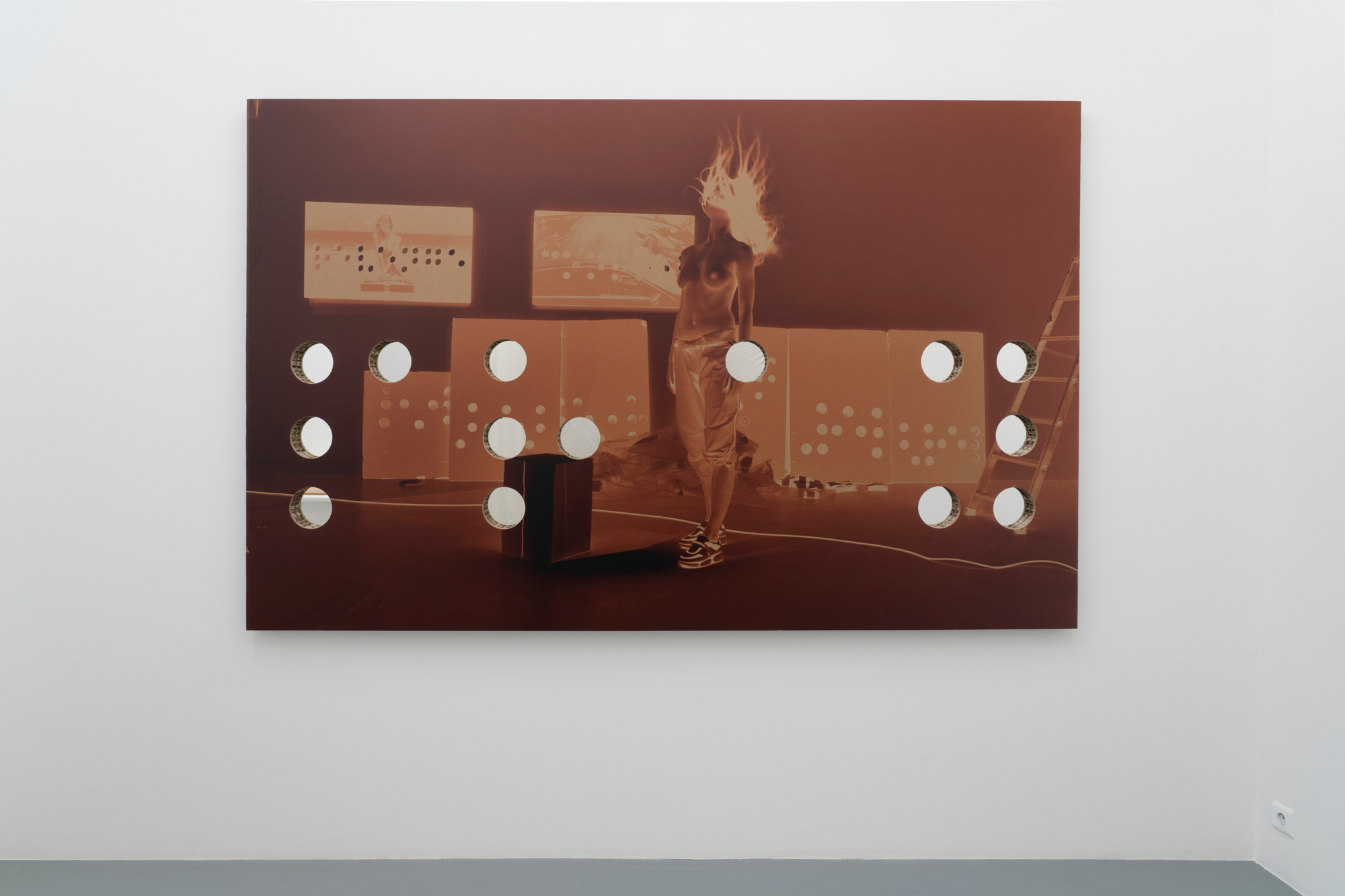 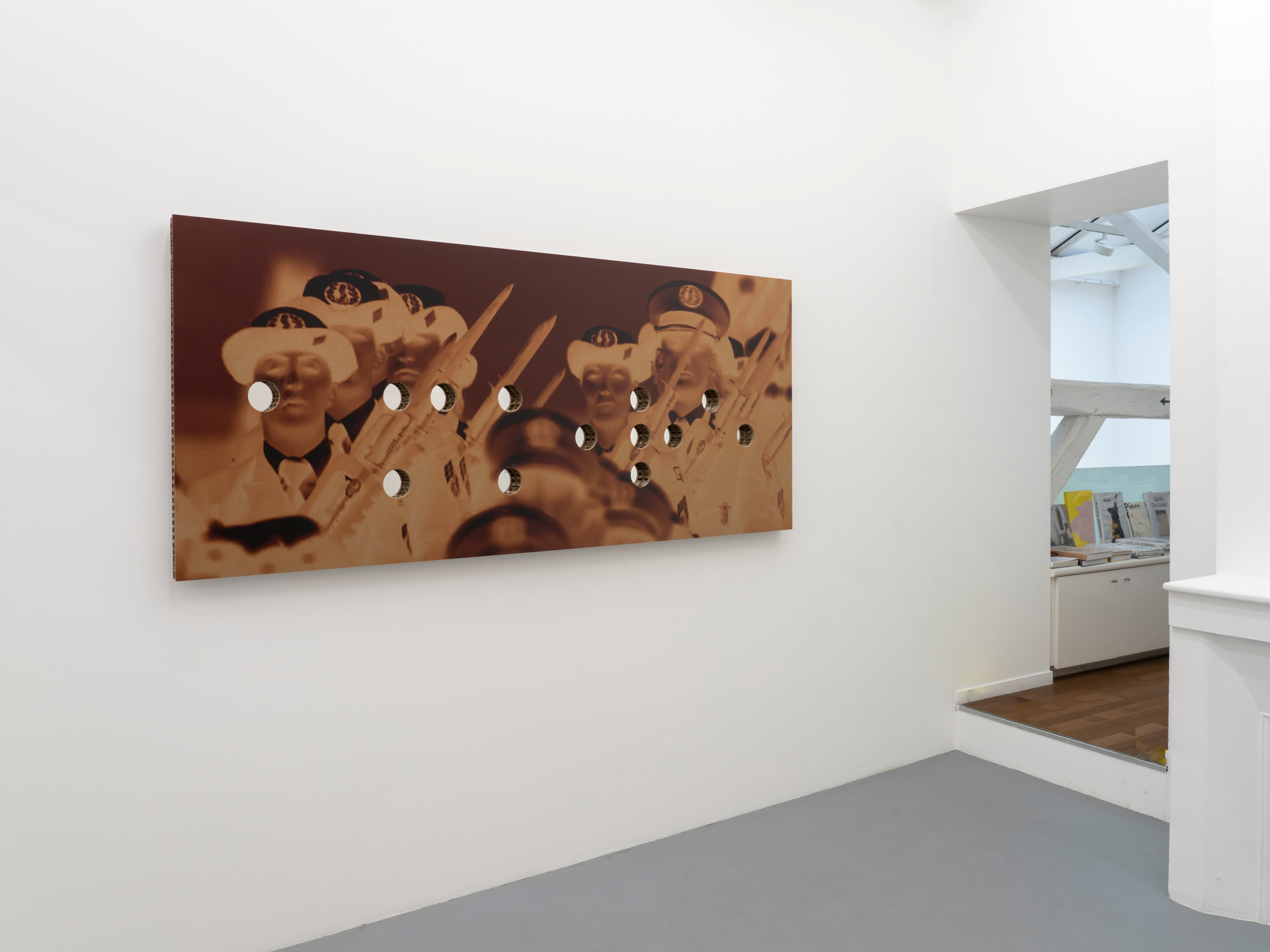 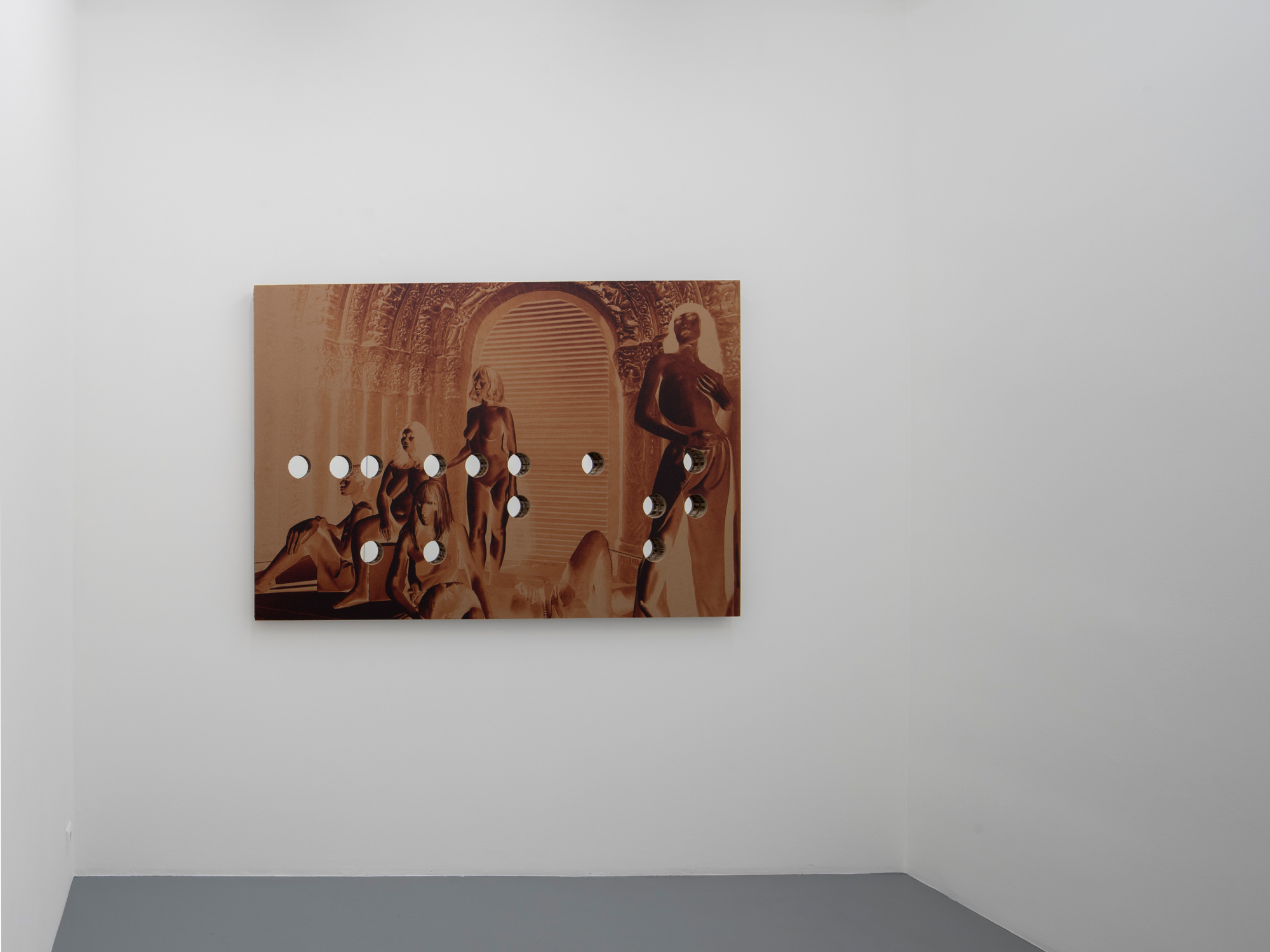 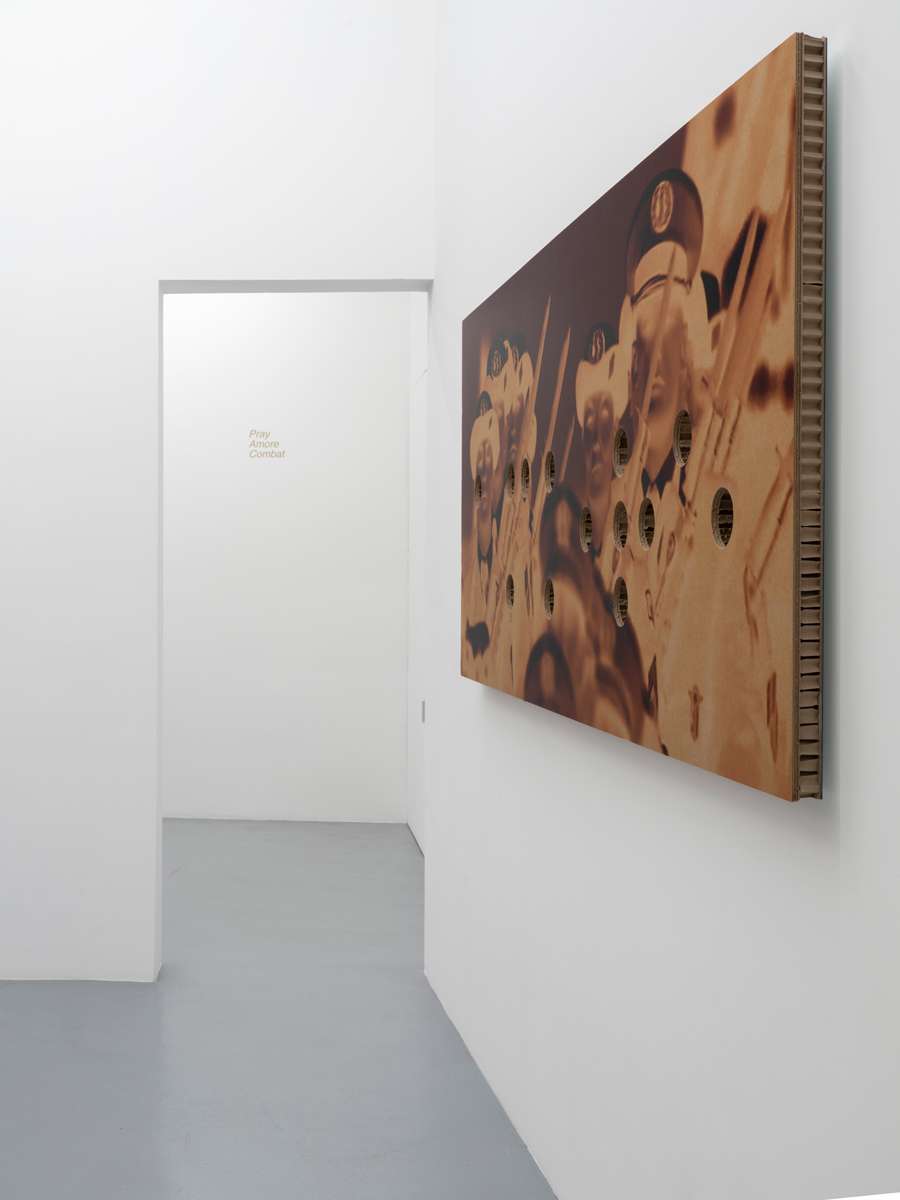 Michel Rein is pleased to present the first solo exhibition of Frank Perrin at the gallery.

Frank Perrin, a French artist, has been exploring the notion of post-capitalism for more than two decades, compiling in the process a compendium of our contemporary obsessions. From Joggers to Yachts via Défilés (Fashion Shows), Perrin’s Postcapitalism project is a metaphysical tracking shot that pans across the foundational ideas of our time.

The Blind test series, his first solo exhibition at the Michel Rein gallery, heralds a new phase in his research, representingnot only a culmination but also a real turning point in his work. His images of subversion, reversed as negatives, printed directly on cardboard sheets, perforated and mounted on mirrored surfaces, produce in us a sense of release that is radical and freeing. His images are still retort to the period of austerity that encircles us, reflecting back to us in mirror Braille all the desire and repressiveness of revolt in its raw state. Around the central idea of blind revolutions, the artist questions both the subversion of vision and the vision of subversion.

Blind test is thus a new series constructed out of images of struggles, subversions, submissions and pictures of the advanced capitalism that is increasingly desertifying our world. These images are first reversed as negatives, in the sense of the Marxist reversal of an ideal world that is turned on its head, upside down... Then these images are perforated with a word in the Braille language of the visually impaired. And finally,behind these holes, there is a mirror in which the sighted see only themselves as they become, in a diabolically Oedipal dialectic, true blind-watchers in action. This reversal isdescribed perfectly by Daniel Birnbaum in a letter he has written for the exhibition: “I am blind: my eye is a mouth.” Here, at one and the same time, the hole becomes visionary and vision sees itself being swallowed up. A visual “psychoanalyst” of post-capitalist schizophrenia for more than two decades, with his new Blind test series (and his images of subversion and submission perforated in Braille) Frank Perrin lays the first stones of a secret encyclopaedia of insubordination, as well as a mental immersion in revolts witha blind dimension...

The Blind test series positions itself politically within a tradition of romanticism and a poetics of emancipation. Negative and dark images, punctuated with holes and mirrors, each new image contributing to the formation of a visual encyclopaedia of a vision and a liberating desire.

He has been shown in more than sixty exhibitions at home and abroad, including the Daelim Museum (Seoul), Les Abattoirs - Frac Occitanie (Toulouse), Centre Pompidou Metz and Schirn Kunsthalle (Frankfurt).

His works can be found in prestigious public and private collections in Europe, the United States and Asia.