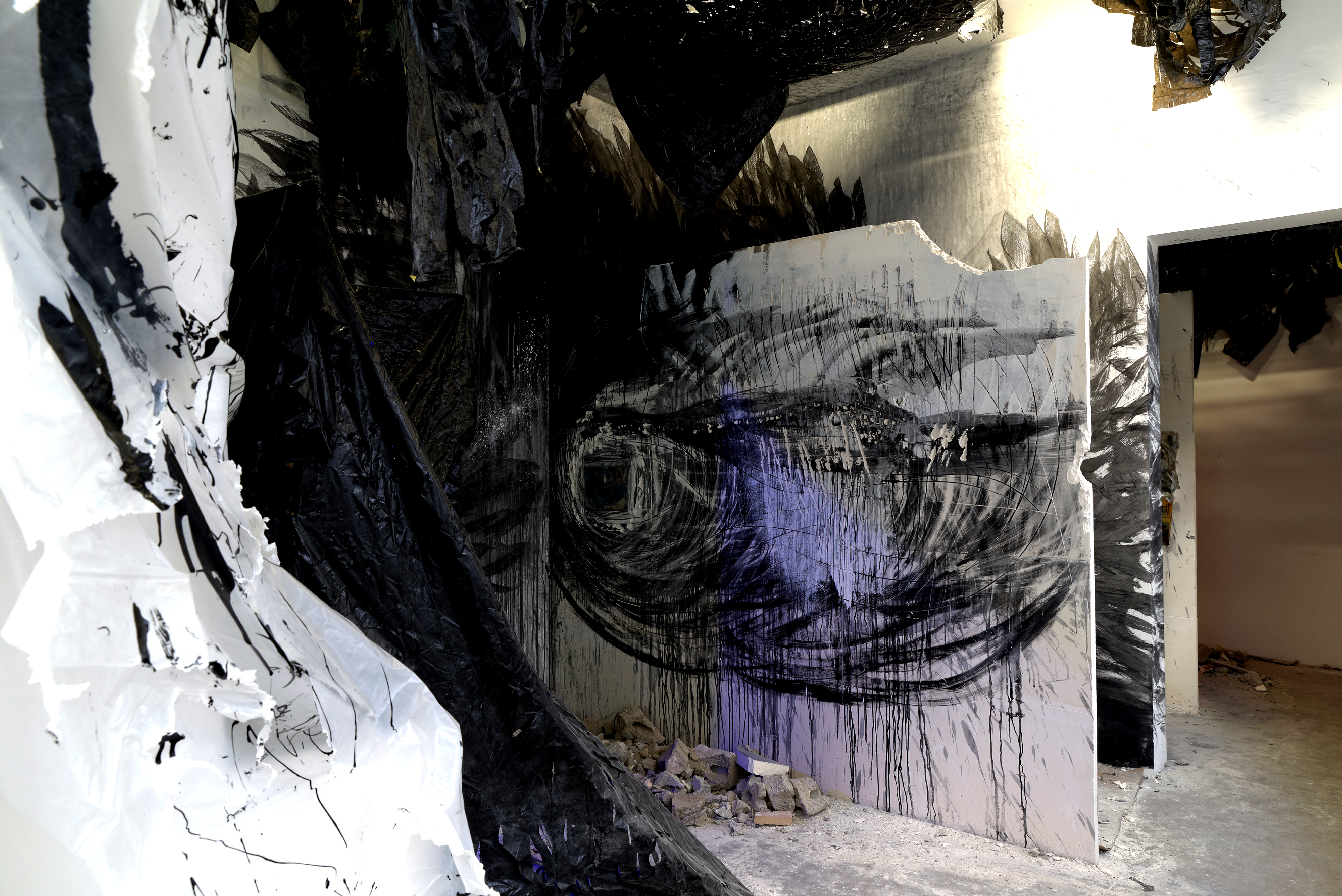 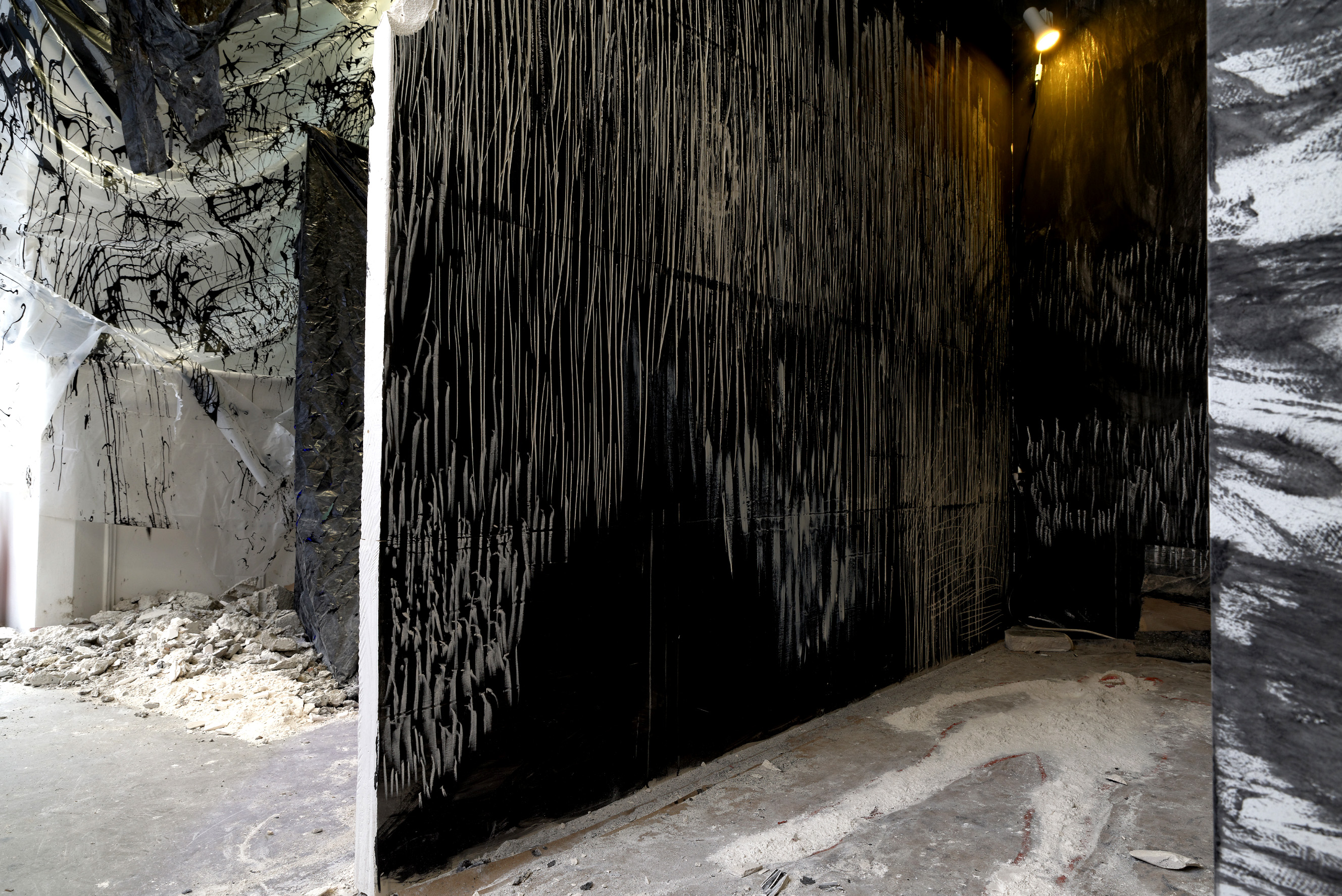 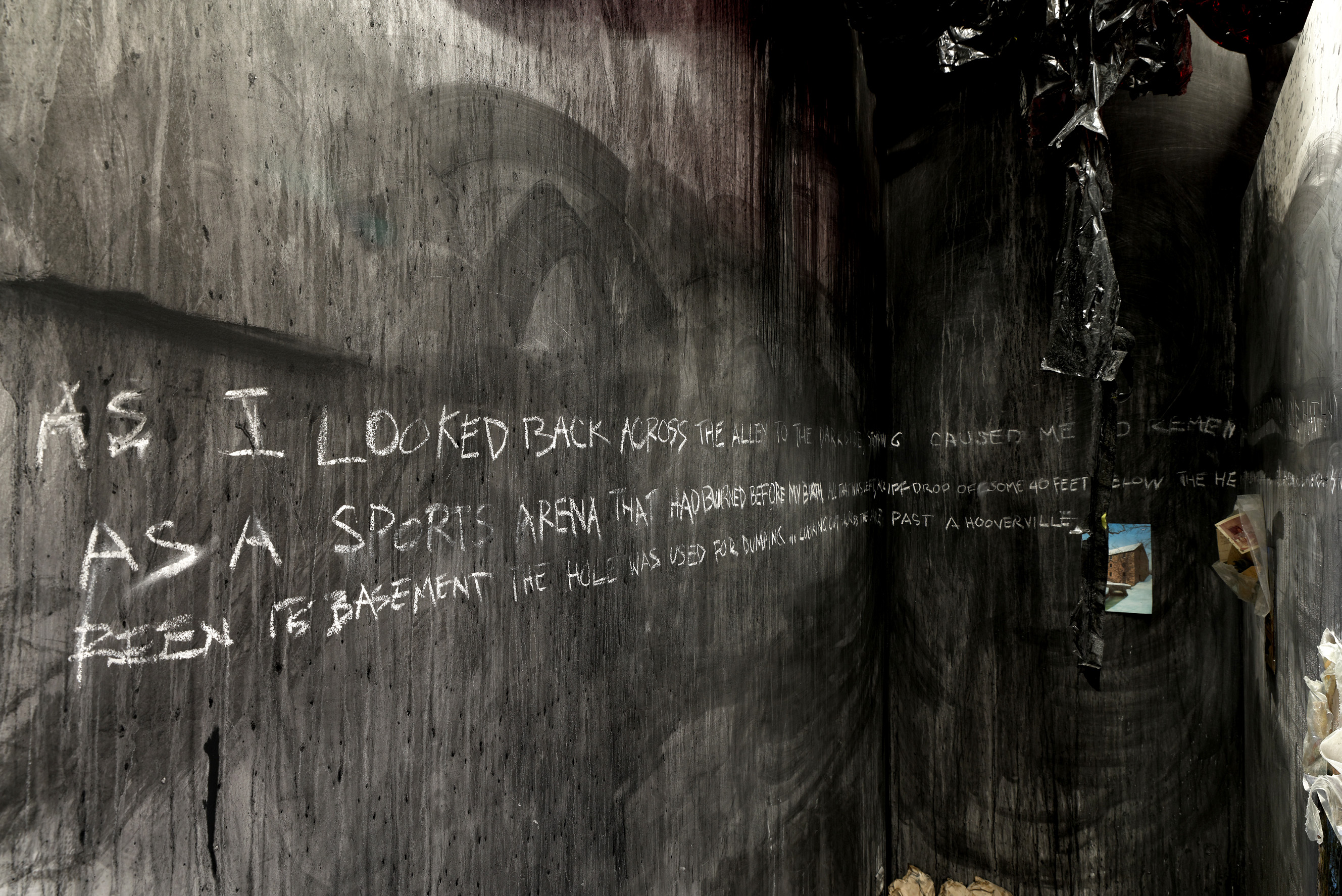 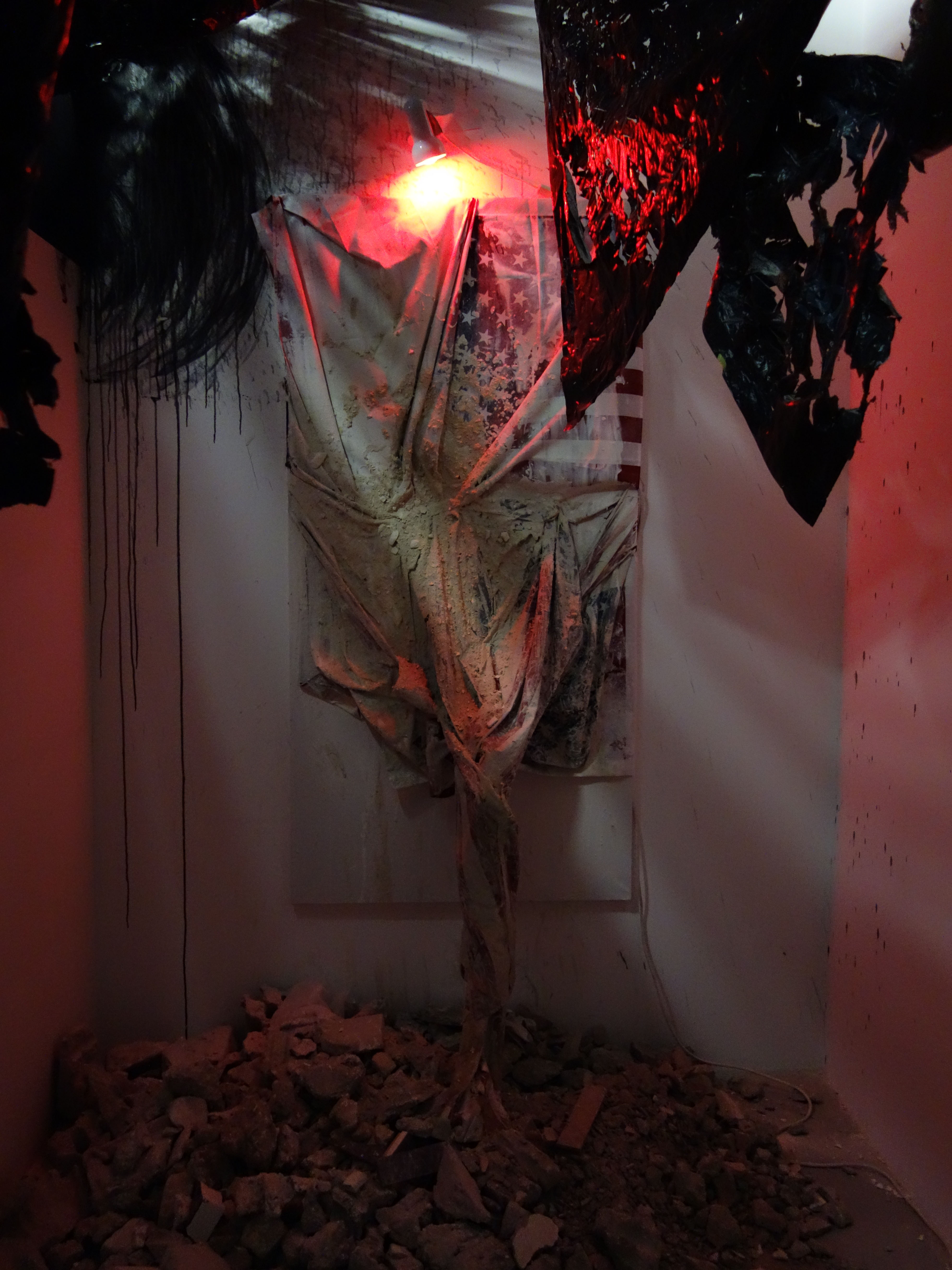 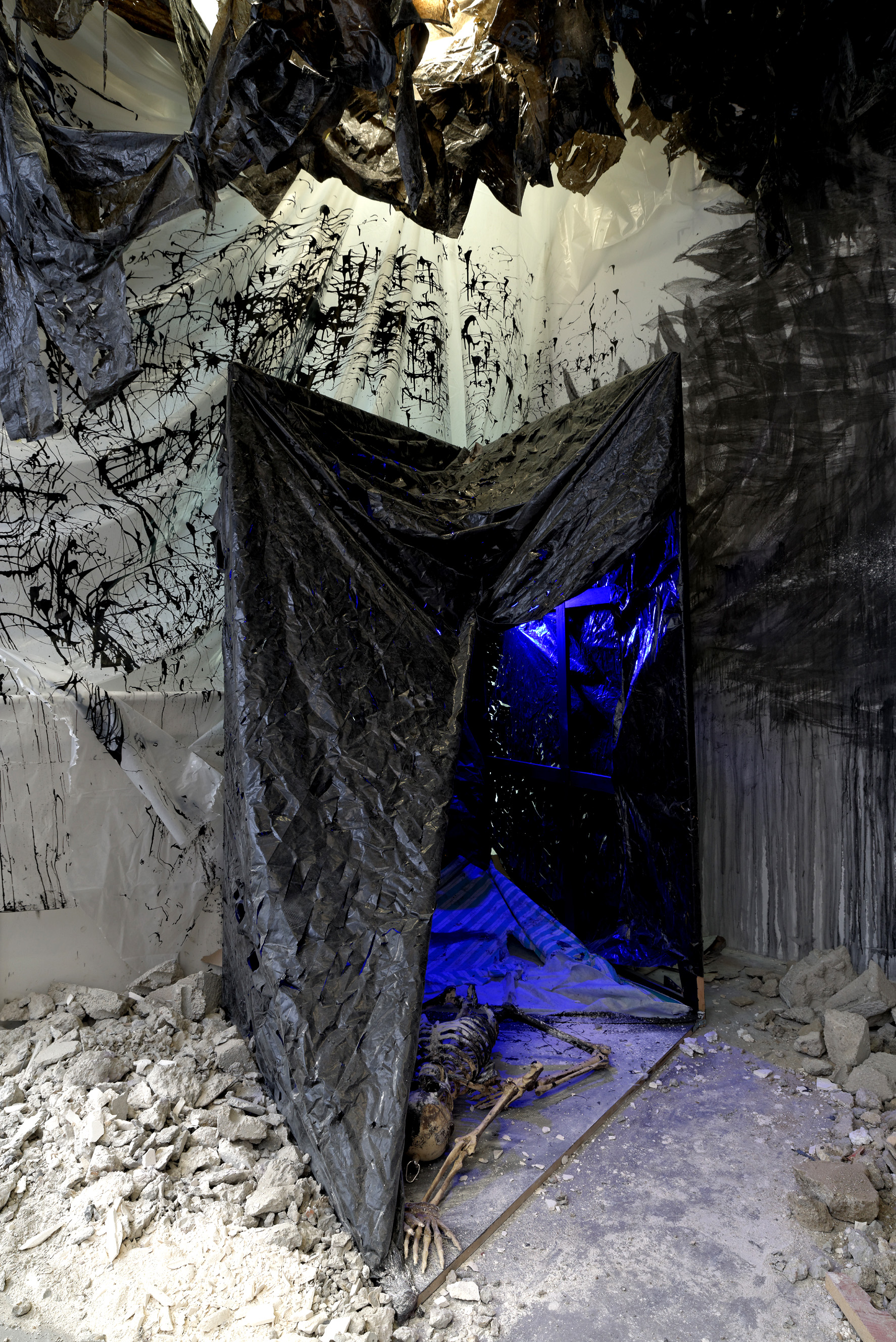 Galerie Michel Rein is proud to present Invisible Men: Beyond the Veil the first solo show of Abigail DeVille (b.1981, New York) in France.

Abigail DeVille's work is comprised of archaeological constructs imbued with cultural and historical cues, referencing canonical sculptures from recent art history, contemporary social issues, and the movement of solar bodies. Her dark sculptural installations are steeped in destruction and decay, acting as reflections on social and cultural oppression, racial identity, and discrimination in American history.

Abigail DeVille is concerned with narratives of displacement and marginalization, and through her sprawling installations and sculptures, she gives pronounced physical presence to "invisible people" within the privileged space of institutions. The notion of invisibility as a social condition has held much significance, particularly for black artists working after the release of Ralph Ellison's seminal text Invisible Man in 1952. Ellison's novel posits race, black-ness in particular, as analogous to invisibility. Similarly, the writings of theorist Michele Faith Wallace, and sociologist W.E.B. Du Bois' notion of "double consciousness" engage the idea of erasure and conflicted identities. Abigail DeVille's socially engaged practice speaks to Ellison's original concept, and by extension interrogates poverty, disenfranchisement and homelessness, other means by which people and histories are marginalized and left unseen.

In the gallery setting, installation creates a new space to consider what an art institution represents within a culture-a space symbolic of economic and intellectual privilege or a potential site for resistance through visual production. Artists who have been directly influential to DeVille's practice, such as Edward Kienholz (1927-1994), David Hammons (b. 1943) and Ilya Kabakov (b. 1933), and those with whom her work has formal resonance, such as Arman (1928-2005) and Thomas Hirschhorn (b. 1957), have employed installation as a form of institutional critique.  For DeVille, installation becomes a vehicle to move outside museum walls and discuss matters of personal significance-her own narrative and those narratives that have become casualties of circumstance. At times, she has referred to the framework of her installations as "black holes . . . containers laden with forgotten information -the absence of light, power, knowledge, and the harbinger of historical inaccuracies."

For the exhibition at the gallery Michel Rein, Abigail DeVille will realize a site-specific project with new works from the ongoing series Invisible Men: Beyond the Veil that documents an American family's history through discarded and reclaimed objects, paintings and collages.