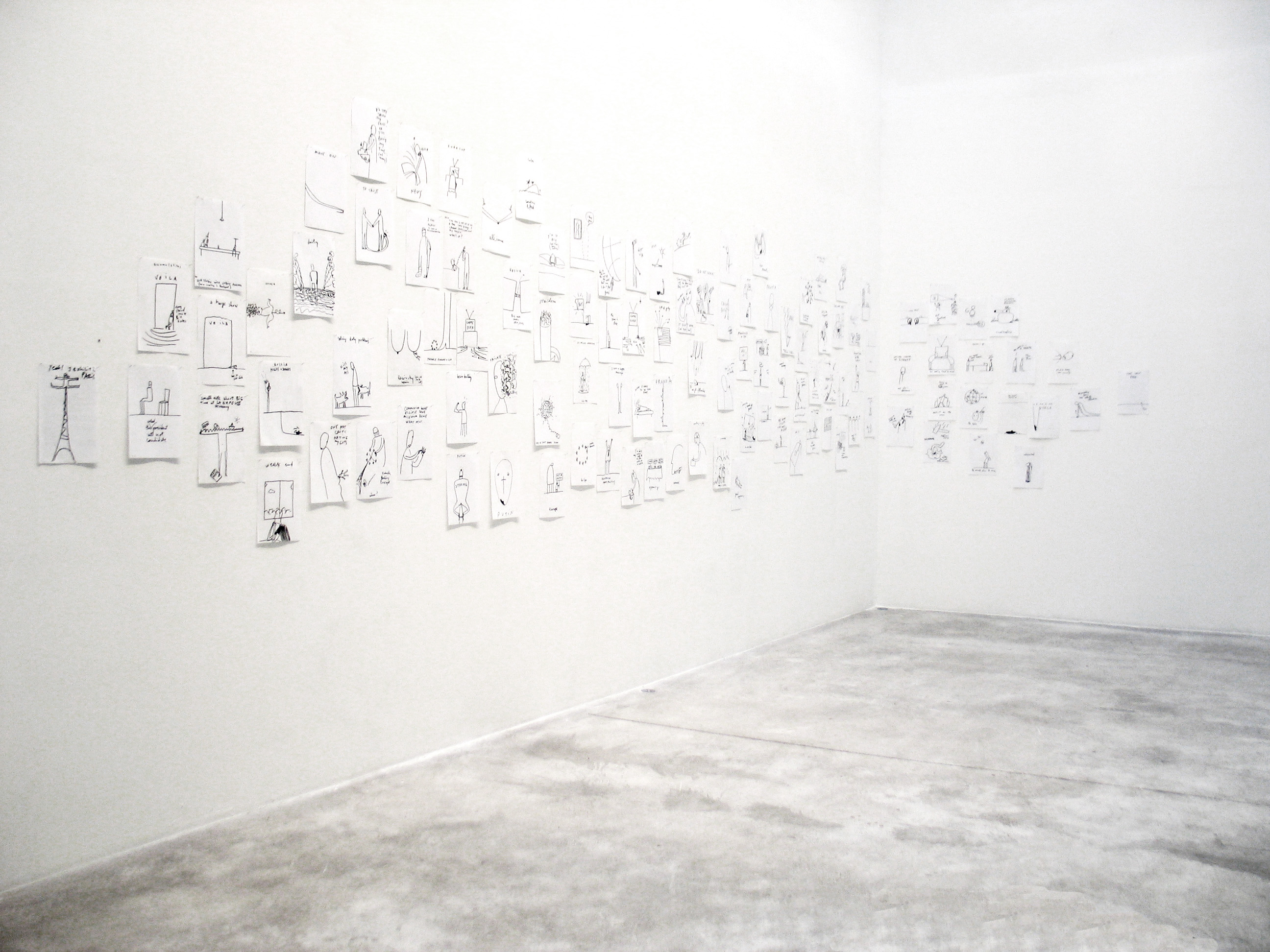 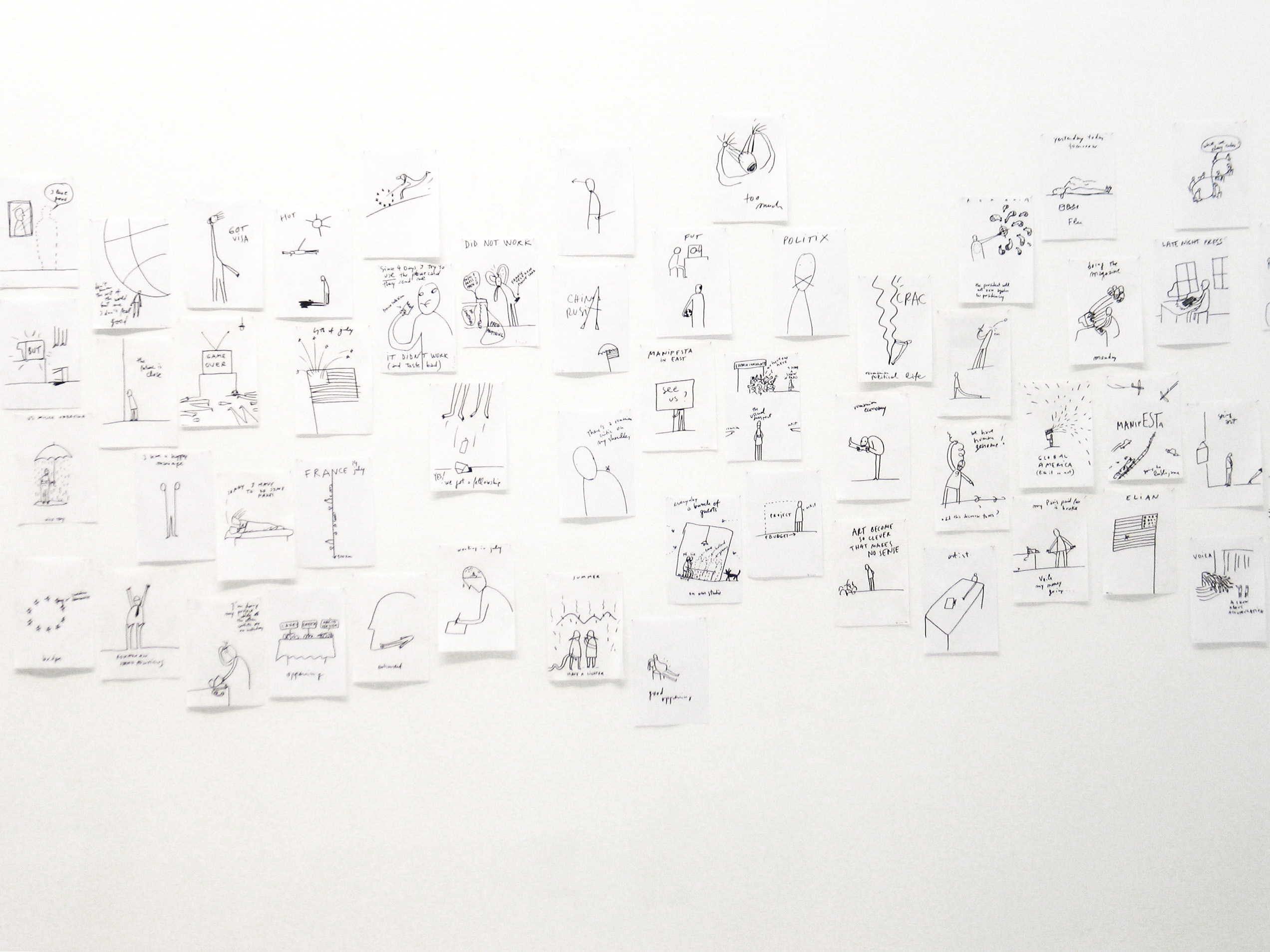 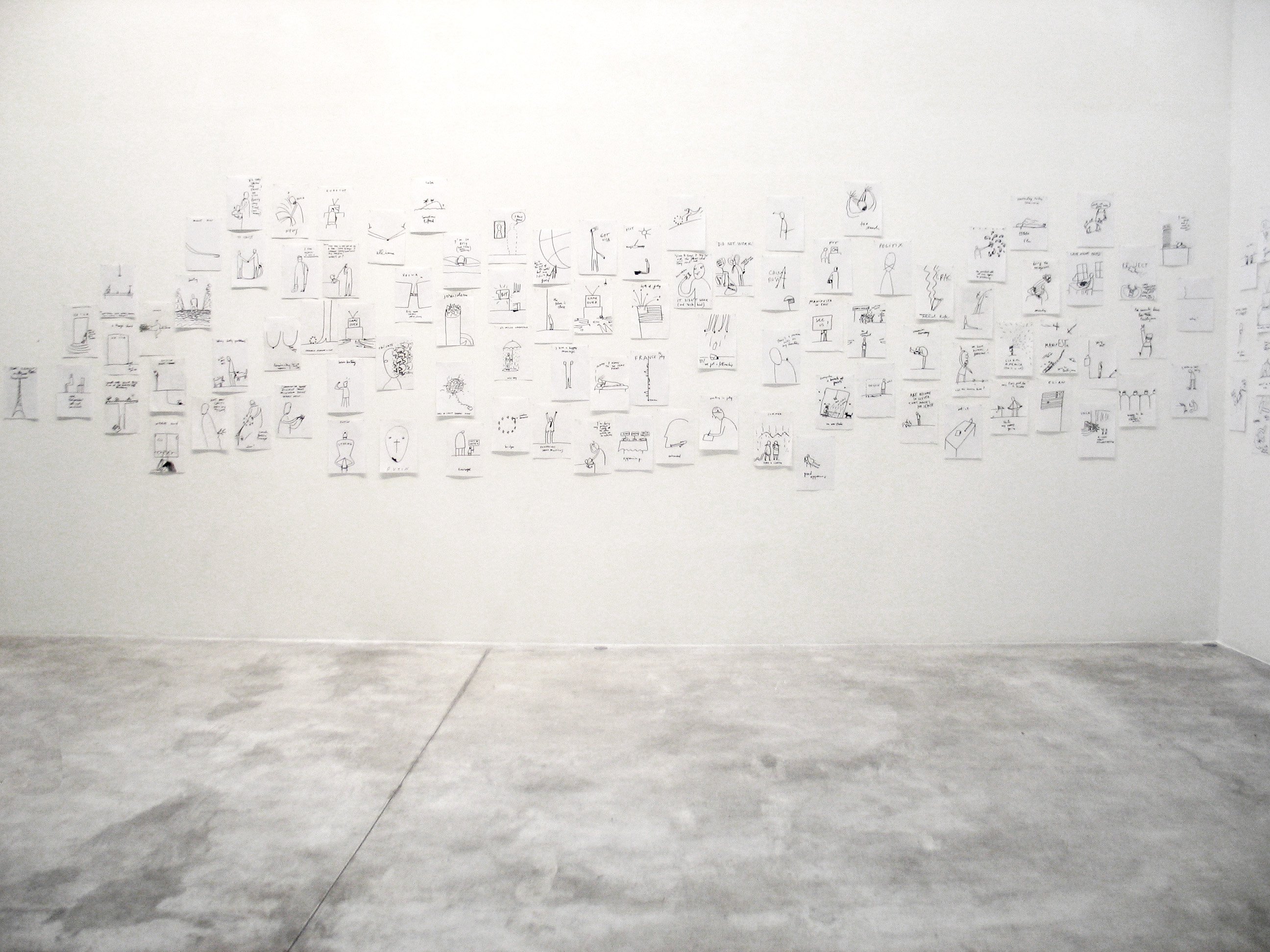 Dan Perjovschi will present some recent drawings as well as works that were used for his projects at Manifesta 2 in 1998 and at Musée d'Art Moderne de la Ville de Paris in 2001.

For Perjovschi, drawing as a practice is an extension of his personal history, of his identity and of his knowledge. After the fall of the Ceaucescu regime in 1989, his works started bearing the marks of the political turmoil Rumania was enduring. They offered a critical observation of the post-Soviet situation through the evocation of the absence of moral values, of media-controlled political power and of the arrogance of the Western look over the Eastern countries. But if his work registers History, it is one which reflects a continuous movement where the public and the private spheres constantly dialog. The artist evokes themes and issues that are incessantly remodeled in relation to the context. During his artistic residence in London in 2000 he had the occasion to make many comments on Middle-Eastern conflicts, on an exhibition he had seen the night before or on English breakfast. According to the artist, drawings are made to circulate. In fact, they escape notepads to join the exhibition spaces or the streets, while taking the risk to disappear. When Perjovschi drew on the sidewalks and walls of Kassel in the summer 2003, he was actually reviving the origins of drawing, cave painting, as well as the popular practice of graffiti. He also produced an ephemeral work that escaped its marketing.