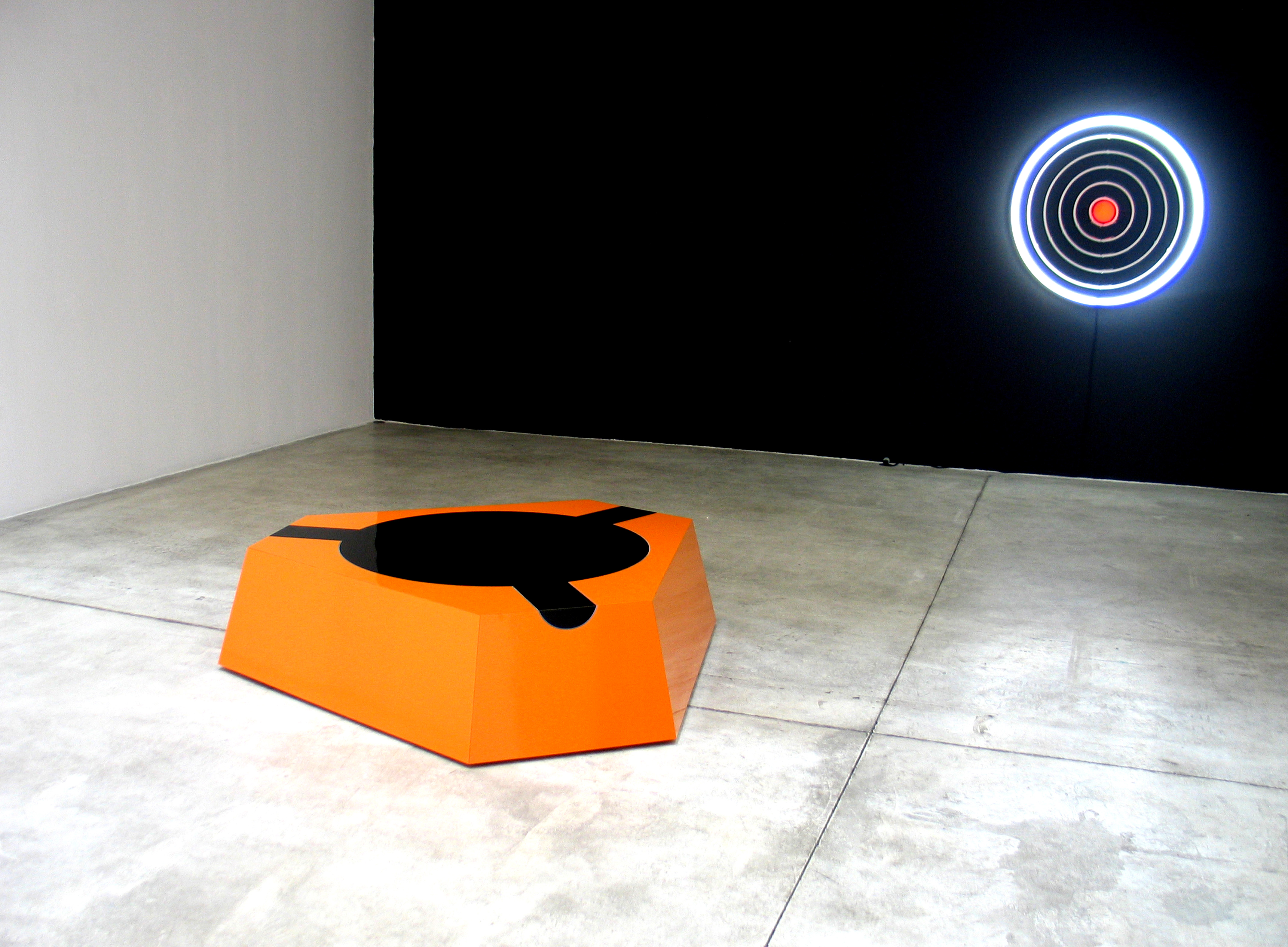 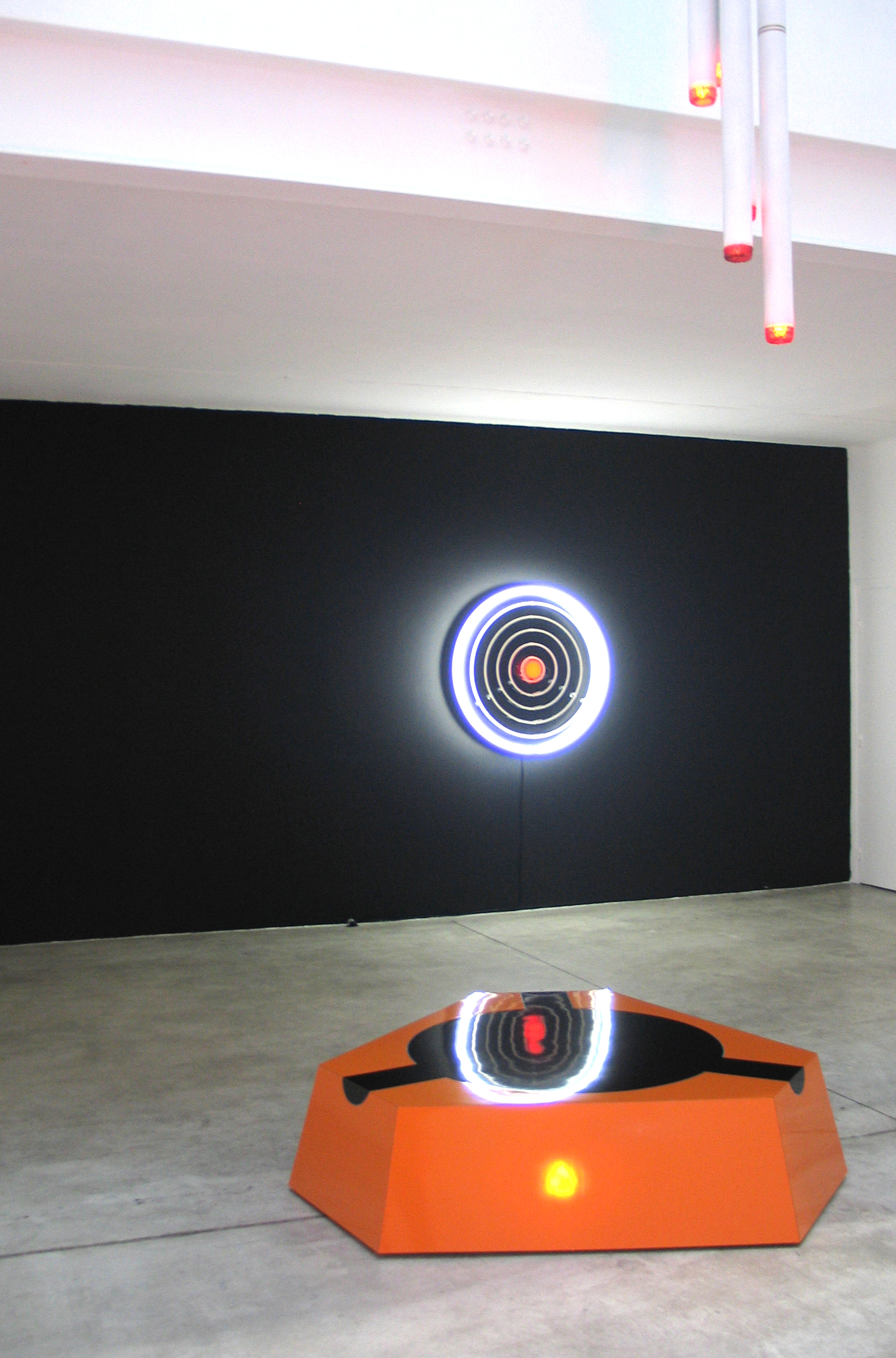 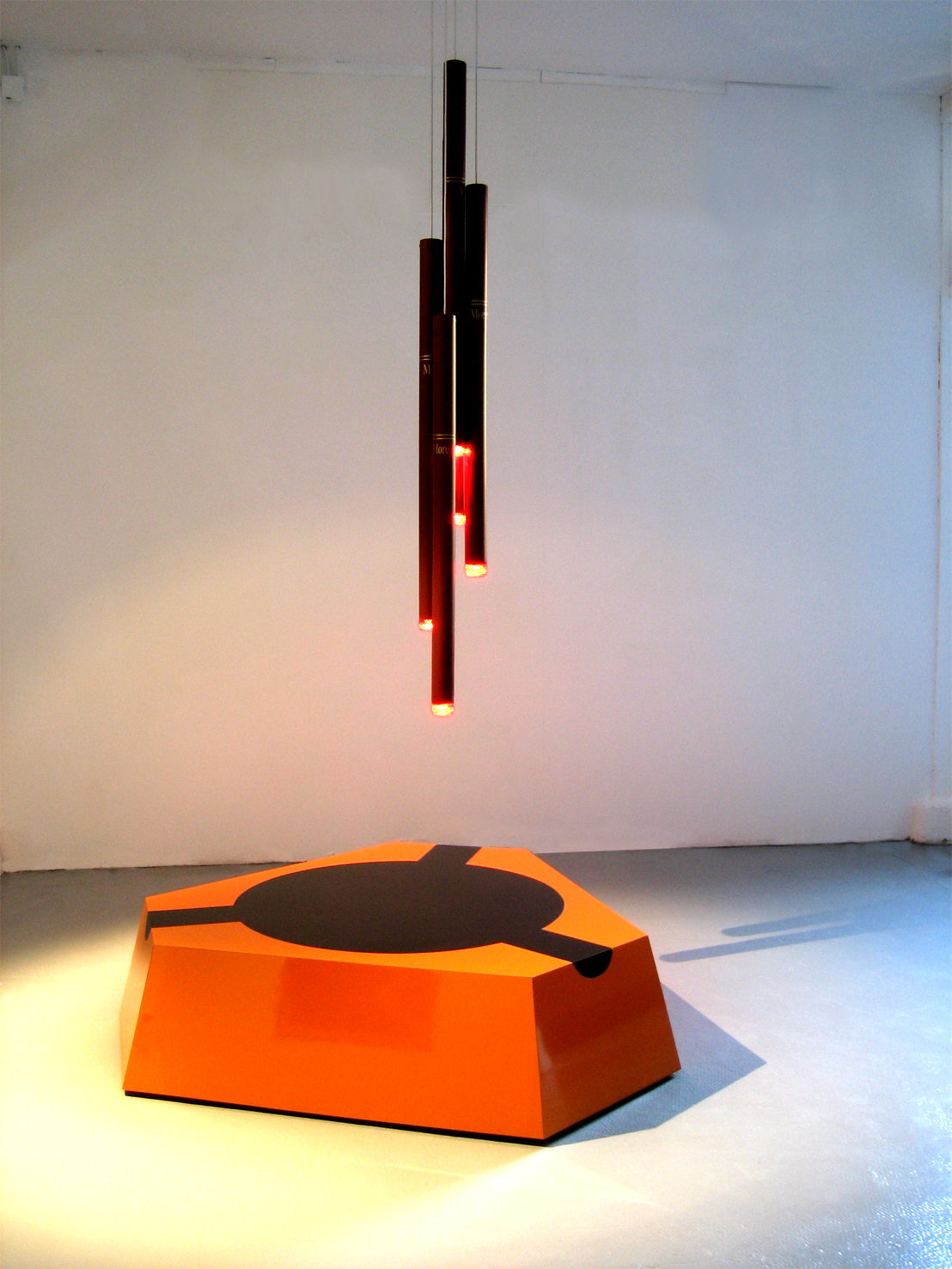 Sickkiss is Stefan Nikolaev's third project at galerie Michel Rein. After Under Reconstruction  (2002) and One for the Money, Two for the Show  (2003), the exhibition title, Sickkiss, is borrowed from the artist?s new film that was shot in 35
mm rather than in video.

It displays a close encounter of the third kind of a man and a young woman on a dark background. It recalls the intimacy of a velvet curtain or the mystery of an unfathomable Cosmos. The cigarette, as the third character featured in the movie, connects actors Yoshi Oida (Furyo by Nagisa Oshima  ; The Pillow Book by Peter Greenaway) and Alexandra Surchadjieva, whose naïve sensuality adds a glamourous arabesque to Nikolaev's usually formal lines.

The sculpture/objects scattered throughout the exhibition space remind the viewer that the cigarette remains among the artist's favourite motifs. Its suggestion, now more a pretext than an artistic subject, hints at a rather refined, optimistic vision of contemporary sculpture, borrowing from conventions for marketing and luxury product design in order to transform such objects into minimalist pop.
The works' titles: More, Prestige (painted-glass cigarettes/ lamps) or Lucky you  (neon work), summon up desires that are repressed by the hygienist "progress" of today's society, while the smoke curls underline the latent sensuality of these two characters? encounter.

Hence, an unfulfilled yearning hides beneath Stefan Nikolaev's installations. There is a yearning to inhale, a yearning for passionate embraces, raging yearnings that the sober lines of his works can barely encompass.
An invitation to travel and fantasy, Sickkiss  perfects the series of the artist's 2005-2006 solo shows. Come to Where the Flavour is (Center for Contemporary Art, Glasgow),  Bad Lux (Zoo Galerie, Nantes) and  More  (Traversée, Munich) have helped him reach a definite formal coherence, using the subtle art of the installation while managing to mingle and harmonise video-based works and sculptures. "There, all is harmony and beauty/ Luxury, calm, and delight"? but the smooth surface of the neon or painted wood hides a thirst for excesses.