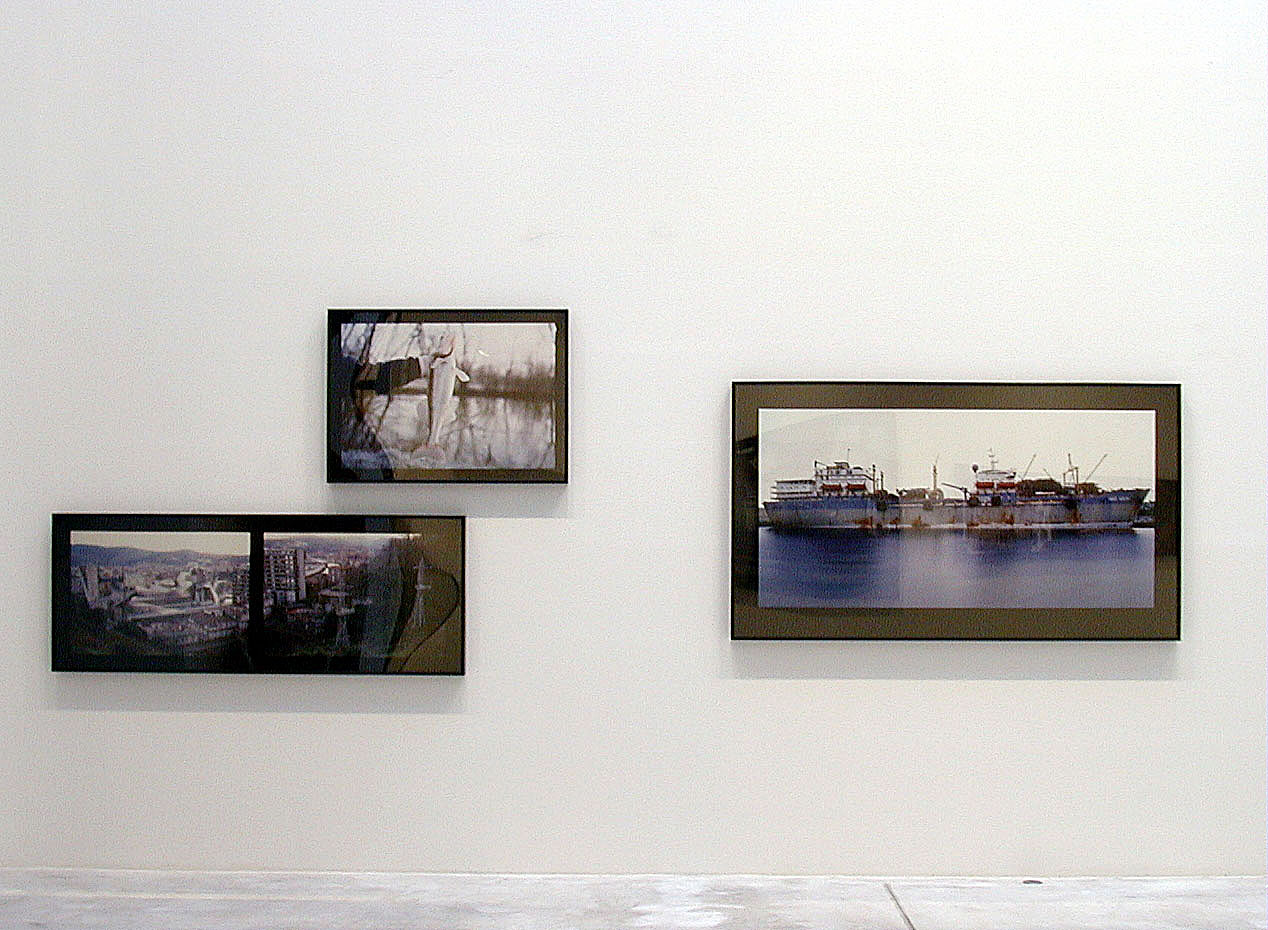 The exhibition also presents WAITING FOR TEAR GAS, slide show made from images shot during the anti-globalization demonstrations ?during the WTO conference in Seattle.

Allan Sekula (1951) is an American photographer (also critic and writer) "who  centres his attention on documentary photography, and in particular on its place and function in contemporary art and society. Sekula's primary interest is in the workings of the global political/economic system of our late capitalistic society and the effects it has on local communities."

After questionning the consequences of the rationalization and automation of mercantile exchanges in ports, that banalize and destroy social traditions in FISH STORY (1989-1995), Allan Sekula enquired in DEAD LETTER OFFICE (1996- 1997) into the political, economic and social conditions in which the populations live on both sides of the American-Mexican border, where he photographed the Mexican film set for Titanic in 1997. TITANIC’s wake (1998-2000) investigates on the metaphorical presence of sea in our social, political and economic real life.

«The thread that links these pictures twists round a memory voiced by Miren del Olmo, trade union activist and chief mate abroad the outskirts of Bilbao, daughter of a retired shipyard worker, she recalled crossing the Nervion river on her way to English class one Saturday in the late 1980s. Looking back at the Puente de la Salve that ten years later would be incorporated into Frank Gehry's design for the Guggenheim, she saw the suspended roadway and steel towers suddenly disappear in a fog of tear gas, as displaced welders and shipwrights-her father's comrades-battled with the riot squads of the Guardia.  When she finished this story, standing watch late one December night on another sort of bridge, as the Global Mariner plowed through the winter swells of the Black Sea, following the line of flight taken almost a century earlier by the mutinous battleship Potemkin, she commented that she had yet to spend enough time at home to be able to visit the new museum. But in her unprofessional opinion, speaking frankly to an American, it looked like it had been built "from every can of Coke drunk in Bilbao.» (Allan Sekula, 2000).