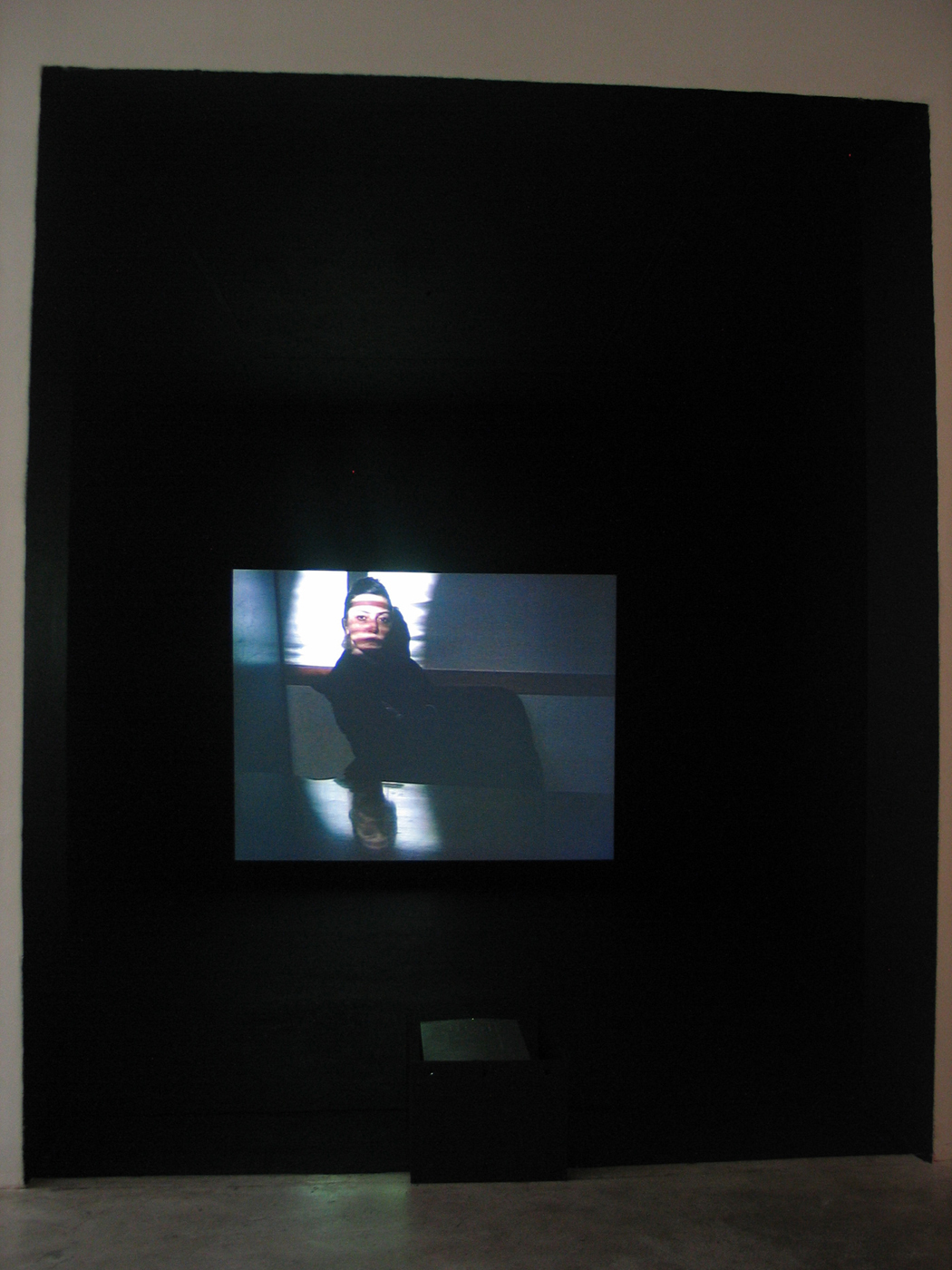 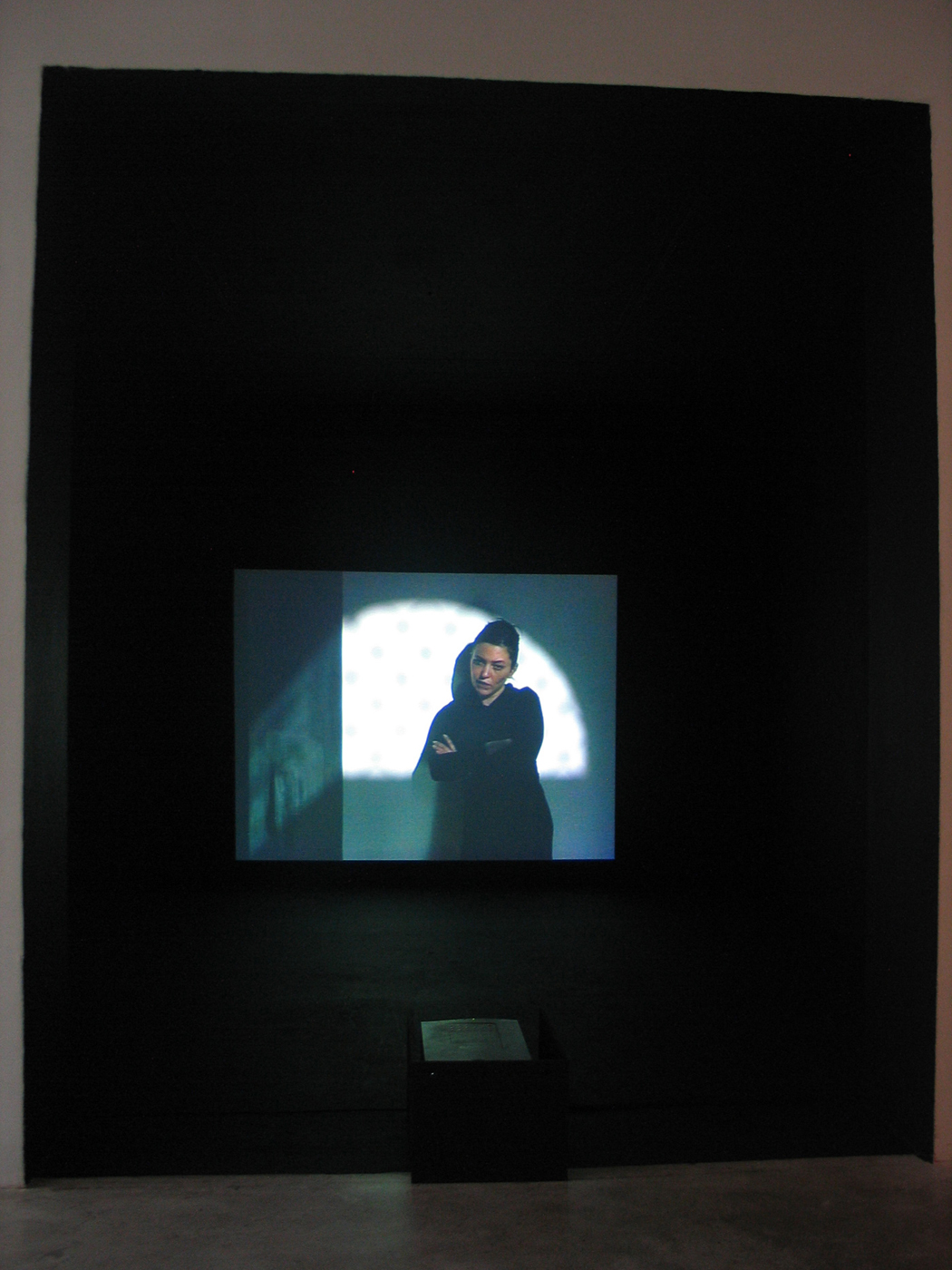 Maja Bajevic graduated from Ecole des Beaux Arts (Paris) in 1996. Maja Bajevic has established an international profile ever since, through her participation in many important exhibitions such as the Venice, Istanbul and Tirana biennials and Manifesta 3, as well as numerous collaborations with different curators.

Terrains vagues is her first solo exhibition in France. This is an opportunity for her to present a series of six photographs entitled Merry Christmas and a Happy New Year (2005) as well as two video-based works: Double Bubble (2001) and Green Green Grass of Home (in collaboration with Emanuel Licha, 2002).

Maja Bajevic’s work involves different modes of expression: performance, video, installation and photography. Her threefold project Women at work explores themes relating to intimacy, home and displacement, as well as what Bojana Pejic calls the “politics of domesticity”. Traveling from particular situations to general ideas, from local to global issues, Maja’s stories evoke a sensitivity that aspires to be universal, even though it is expressed through personal experience. Her work shares intimate life stories that are grounded in the memory of war and the loss of landmarks.

In her video-based work Double Bubble, Maja Bajevic utters paradoxical statements: “I go to church. I rape women”; “My wife wears a Tchador. I make her wear it. Then I go to see prostitutes.”The simple binary form of this narrative underlines the sheer brutality of words, which then reveals the hypocrisy that is condoned within certain types of religion. This work evokes a sense of fanaticism to create overlap between the intimate subject and the political. In Green Green Grass of Home, the artist is filmed walking up and down a boundless field of grass, as she describes an imaginary apartment. This apartment actually exists; it belongs to her grandparents. The artist could not go back there when the video was shot, because it was located in Sarajevo and was occupied during the war in Bosnia & Herzegovina. This largely autobiographical work tackles the sense of loss caused by displacement, when a familiar place in a warstricken country can only be revisited through memory. The photographic series Merry Christmas and a Happy New Year, which was a prize-winning work at the 2005 Sharjah Biennial (United Arab Emirates), presents newly rebuilt houses already adorned in Christmas decorations. These photographs, undeniably beautiful and poetic, express a strange and melancholic mood.

“The meaning of a piece of art that is engaged in a ‘local theme’ is of course never the same ‘on location’ as in the international world. If it’s good enough, though, it cannot only bridge the differences but also awaken some feelings that might have nothing to do with its geographical background, but rather with human history in general. Human history and human fears, beauty. The fact that an artist is talking from his/ her own experience can only give power to the work, the power of something that has been lived through, not only thought through. Crossing the borders is a question of the capability of an artist to present his/ her own experience so that it is readable also to people with a completely different experience. Personally these are the artworks that I find the most interesting.” Maja Bajevic