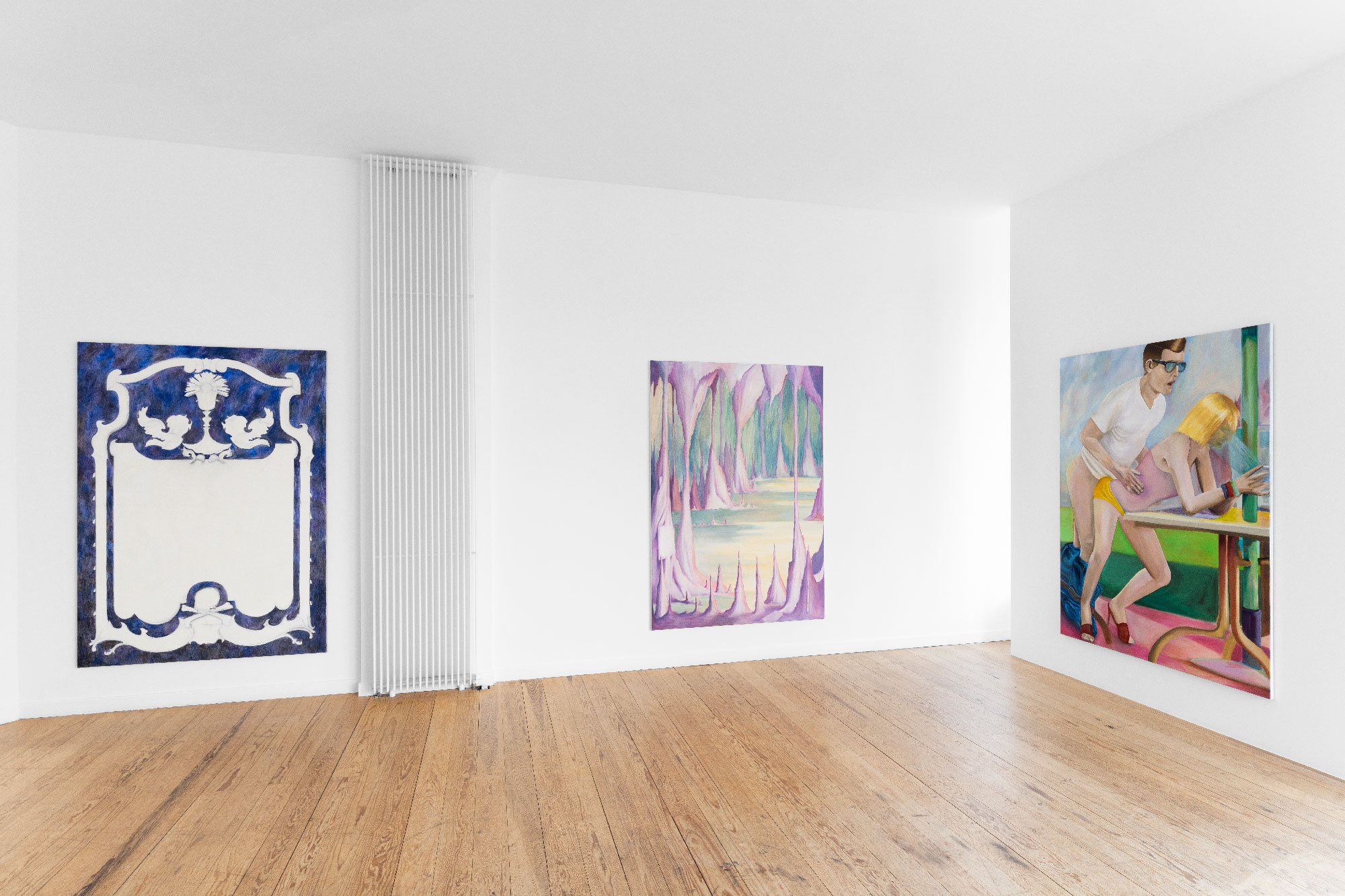 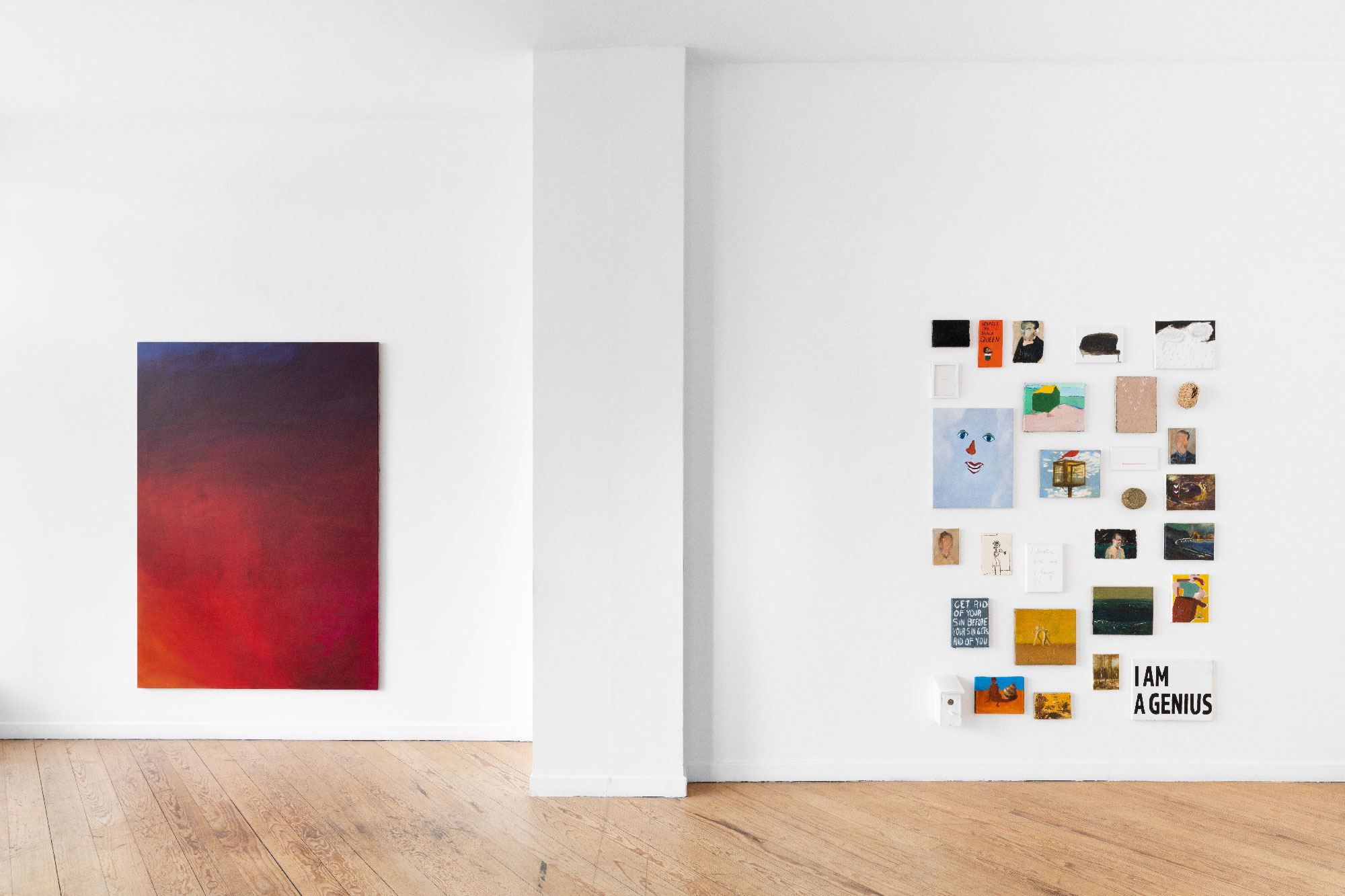 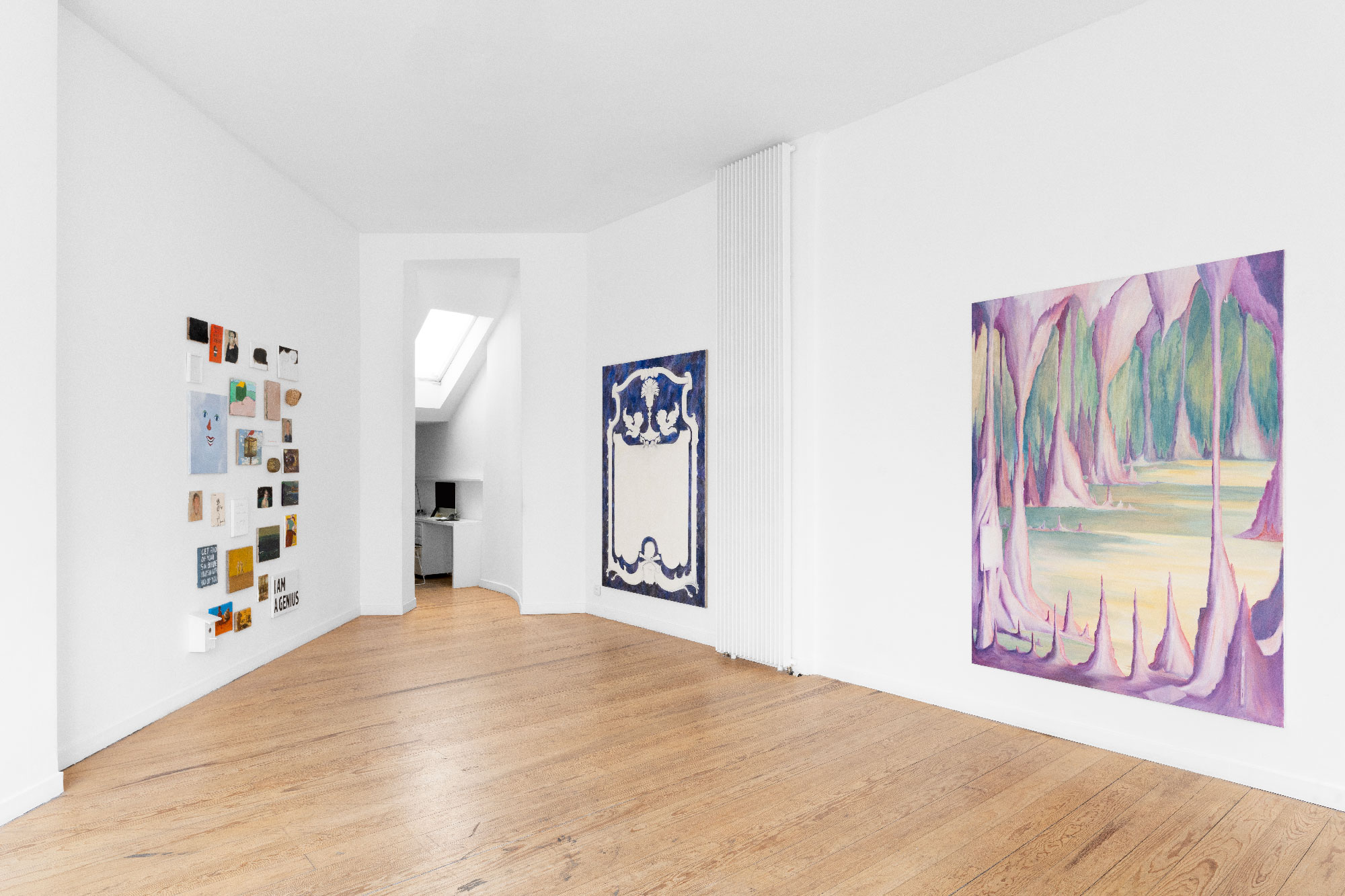 Sébastien doesn't know what he's doing, or why. What's the big deal? Do you always have to have a plan to paint? Not sure. By plan I mean «purpose»; and by provocation, to say that he doesn't have one doesn't detract from his talent or sincerity. In fact, the opposite is true. Bonin's profession is to go towards the unknown. Everything he undertakes is a slow and meticulous journey towards the deconstruction - no, the unravelling rather of phenomena and furtive ideas which, like tropisms, slip very quickly to the limits of his consciousness. His work, precisely, consists in getting rid of all the devices that clutter up his thoughts, his hands, his studio; everything that could take him away from his instinct and prevent him from solidifying his impressions in the language of painting, as Bergson would have said.

Sébastien is not a painter like the others. He claims neither the name nor the laurels. He loves painting in a different way and allows his canvases to choose, with an almost sentimental quality, the way they will be painted. To reach this degree of sophistication and self-abandonment, he deconditions himself, lies down in front of the smallest jolt, the smallest depression of everyday life, the smallest hassle, and thus reverses the charge of the motif. There is no logic, no system, no expectations, just a rising ebullition. But then, where is the work? How does it hold up, Bonin? By the format first. This is the only rule he imposes on himself to free himself from others. For the past four years, Sébastien has invariably painted two meters by one- forty in order to keep up the pace and cut out anything that wouldn't fit in his skylight. If it's powerful and it fits, he paints. If not, too bad, there is no out-of-frame. After that, only the artist's greed for images remains, a claimed cardinal sin. To the others pride and lust, he dives with appetite into the well of the internets, being even surprised, at the bottom, to be almost alone there. There are artists who deprive themselves of all the richness of painting to find their style, and he, ready to say yes to everything, to assume everything, and even the rest: our dirty wars, stolen kisses, old guys smoking a pipe on a TV set, Babar and toxic masculinity, palm trees, Giono or Alain Fournier books, Navajo Indians, Saussure and semiology, Mentos and Coke, Magritte, Baselitz and Delacroix, dinners with friends, Tintin, the Kursk and Michel Rein...

We can imagine Bonin doing his Lilou Dallas - the dystopian Virgin of the Fifth Element who swallows up the memory of the times, his great works and his potacheries, his enigmas, his victories and his cowardice... except that, in the end, Sébastien is not exhausted with sadness. If everything must disappear, everything must be celebrated. There is nothing great or small, nothing unworthy or too noble. Every thing that exists can end up in painting. Beauty is everywhere, convulsive. Bonin would like us to hold on to it and give us a grip. Frontal, tangible, of an intuitive obviousness, he strives through his work to extract from reality what is most common to humans. For this, he does not have the eye, but the ear - the ear of those who, caught up in the hubbub of existence, are still attentive and generous enough to capture far away from them a pain, a hope, a word of spirit that everything should have forced into silence.