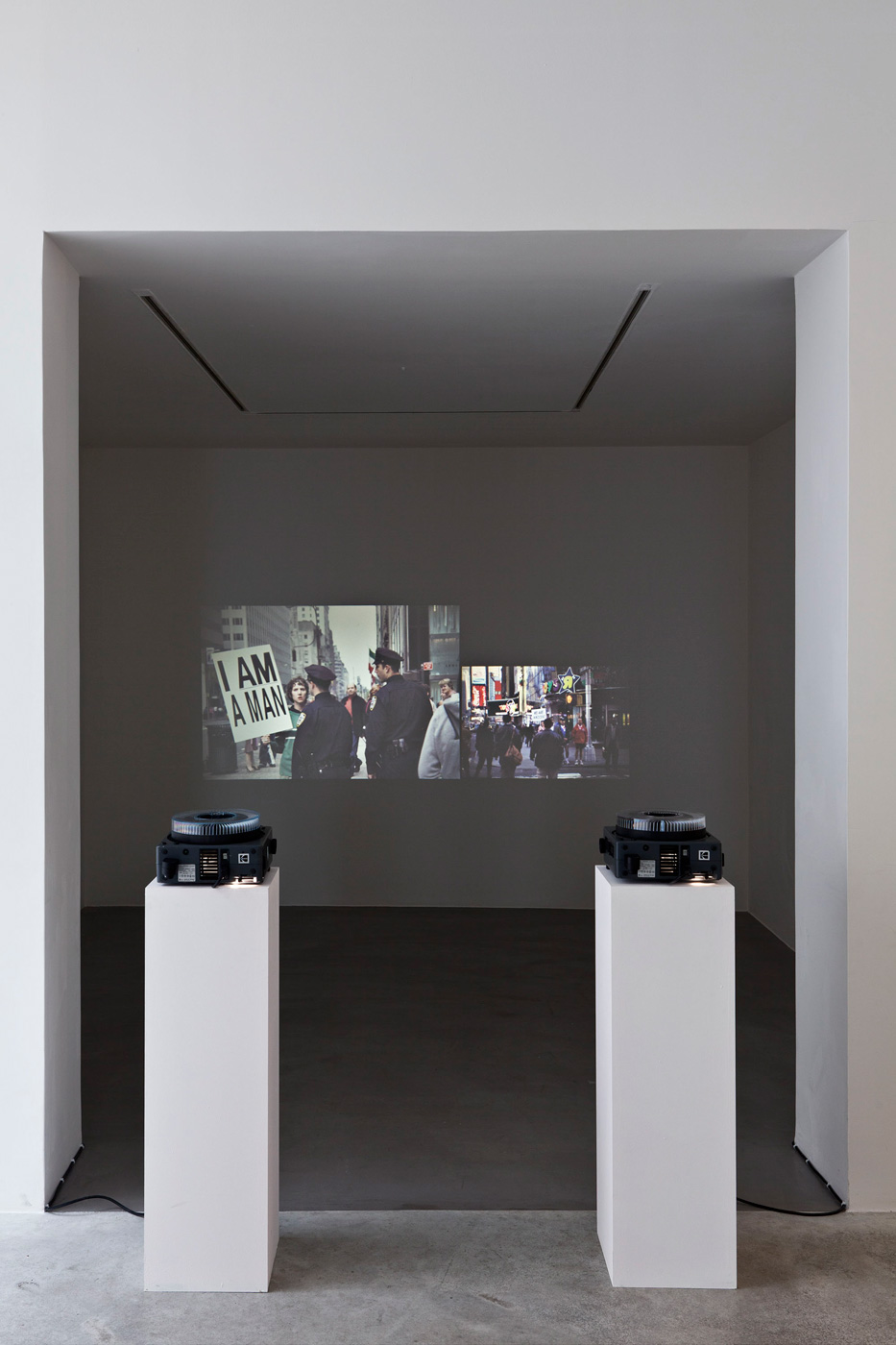 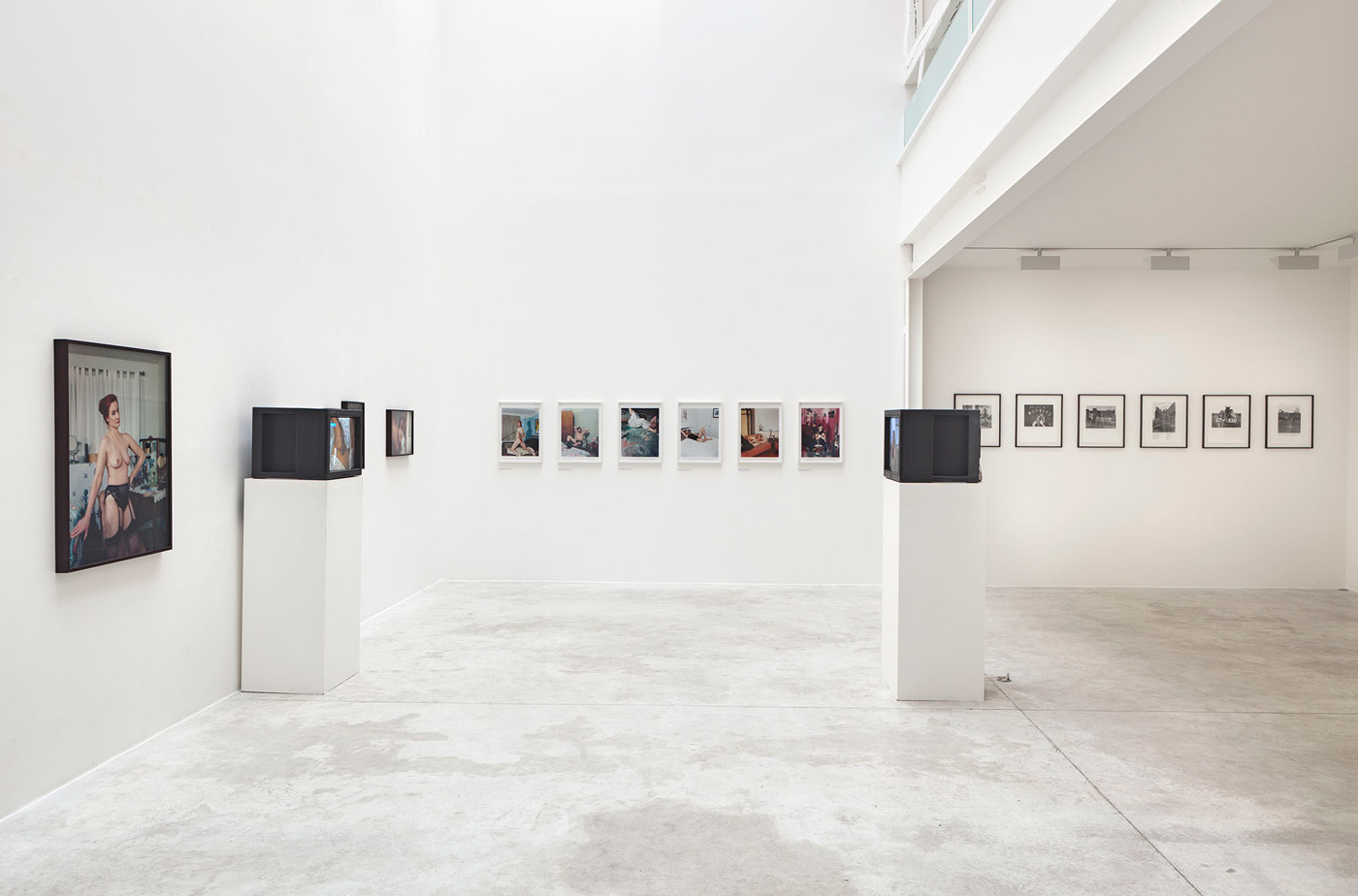 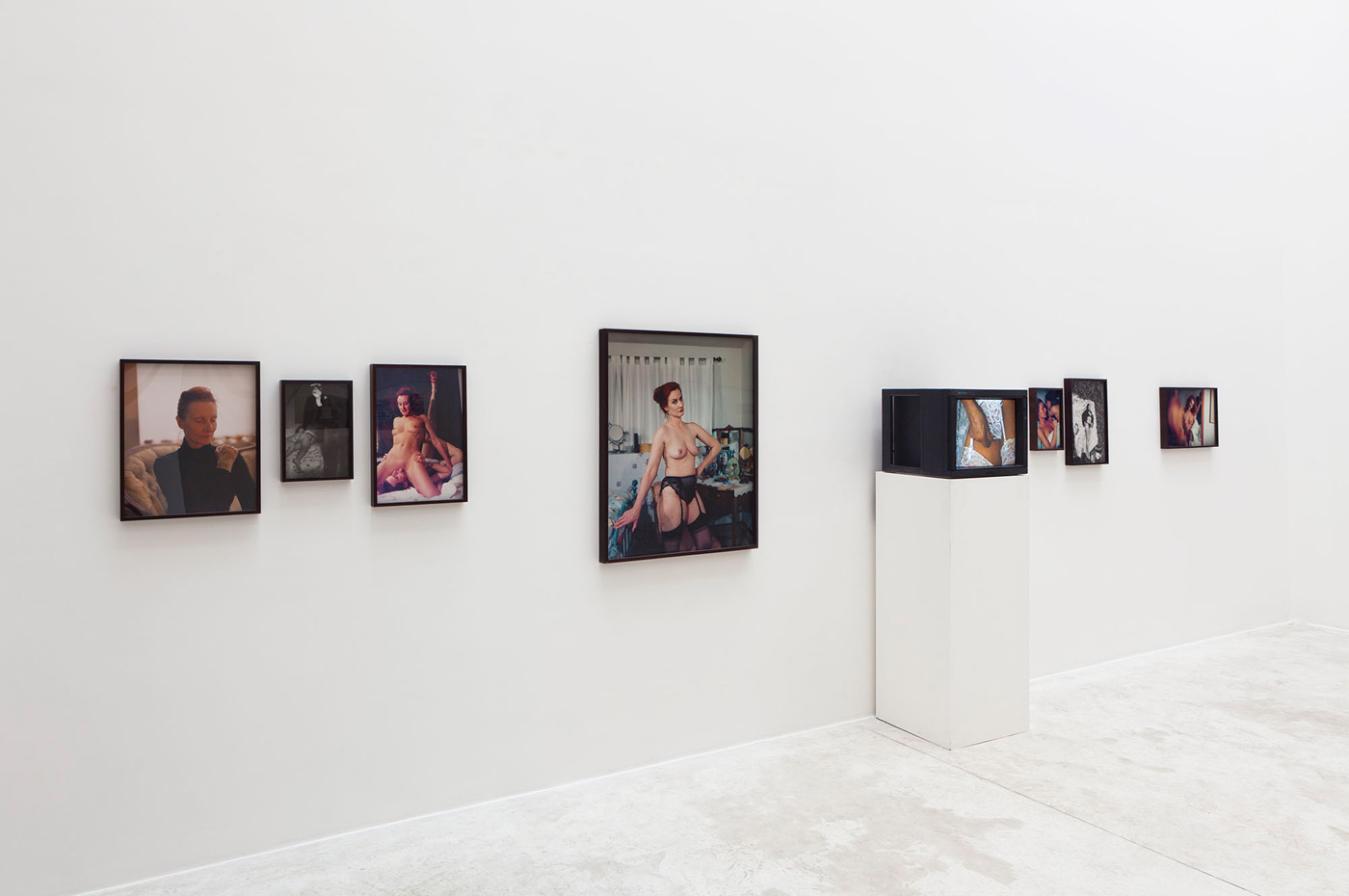 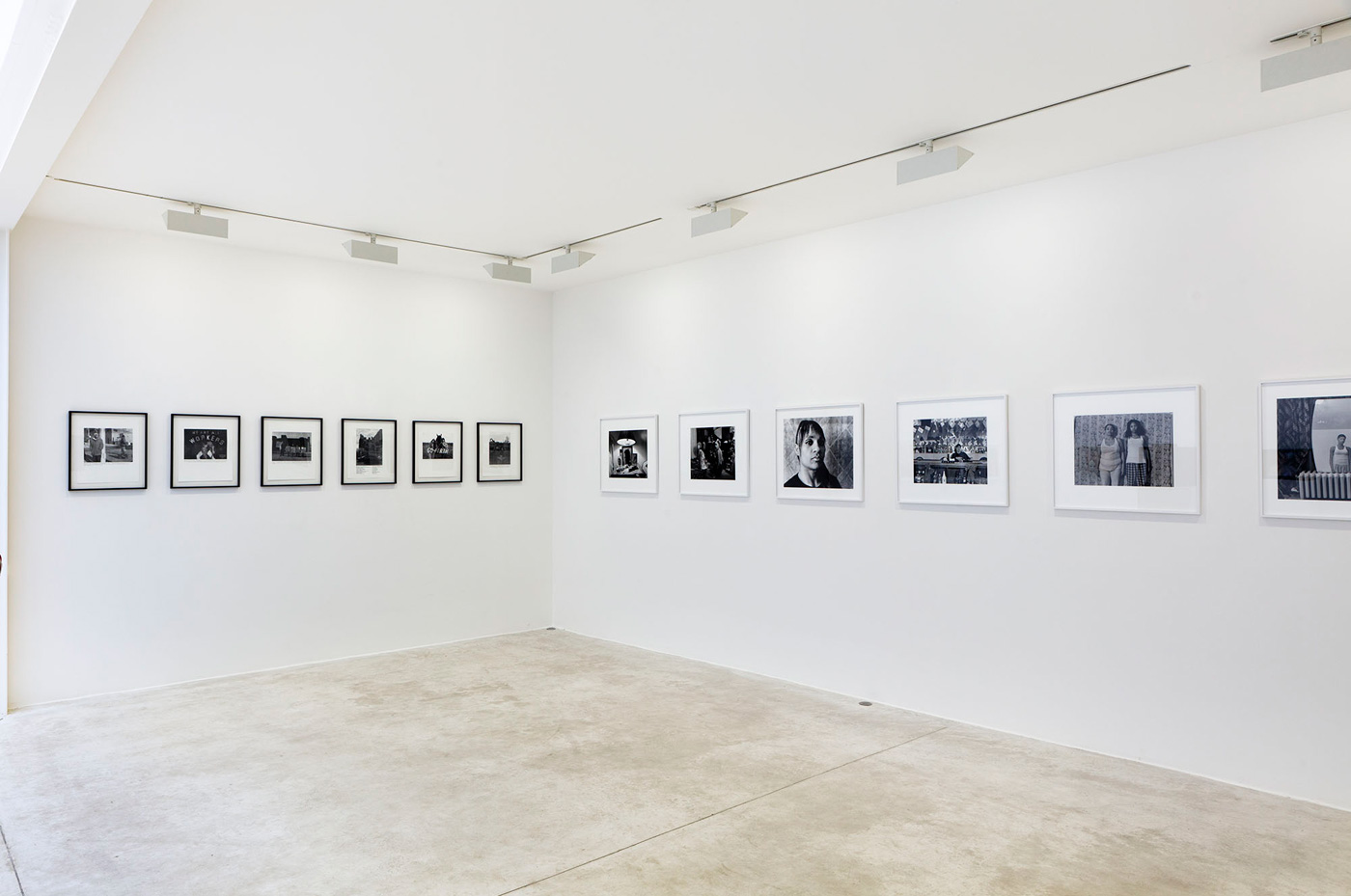 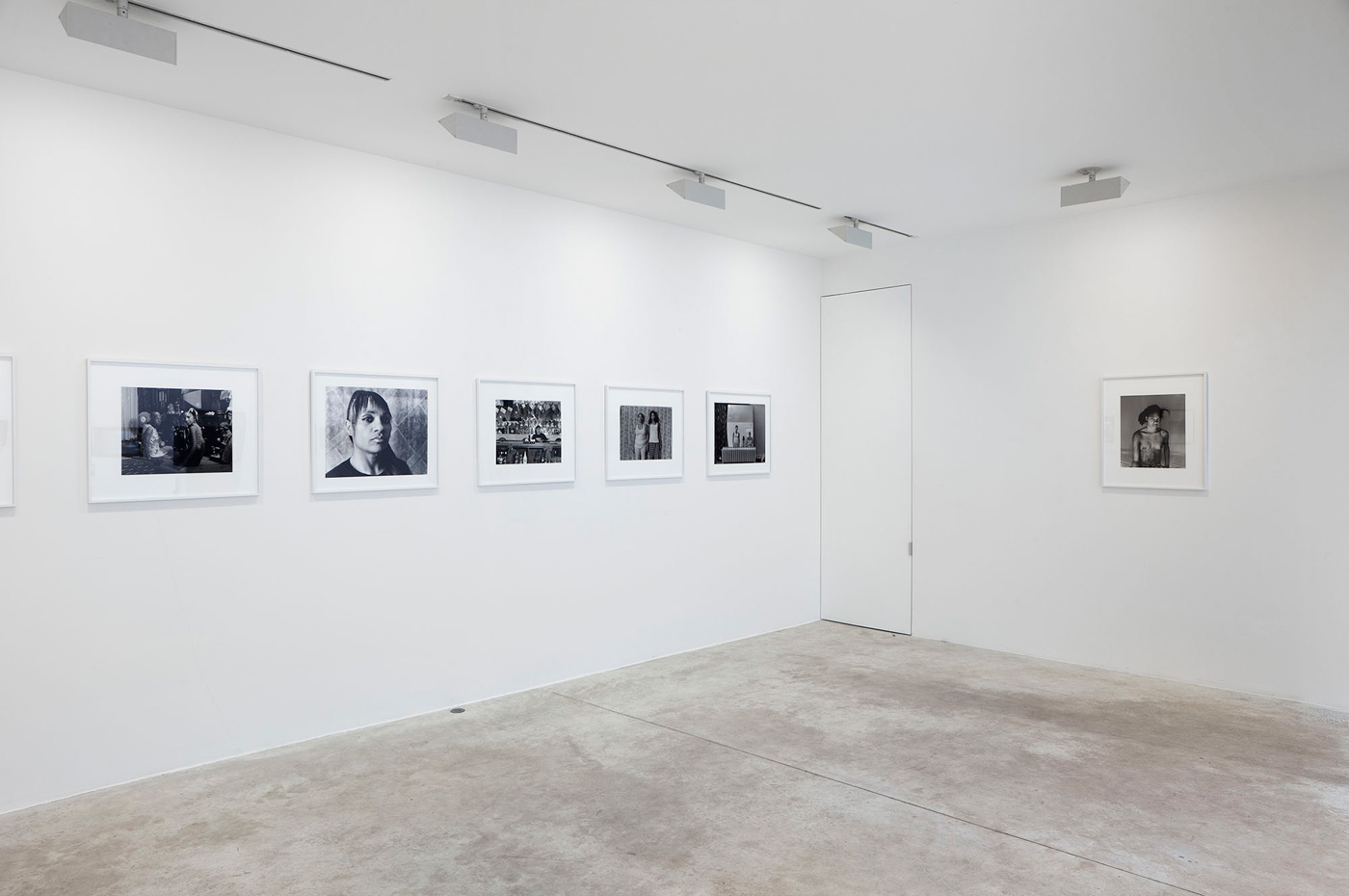 Five years after a first exhibition under the same title (AMERICANS IN NEW YORK with Matthew Day Jackson, Marc Ganzglass, Jill Magid, Laurel Nakadate, Mika Rottenberg) and within the same walls, the time has come for a bis repetita. But the same title does not necessarily mean an analogous exhibition, or even a "second season”. The pretext is the same but the similarity ends there. New York, undeniable capital of contemporary art, still offers a reinvigorated and revitalized scene.

In this sprawling metropolis where artists hail from all parts of the globe, one thing must be acknowledged: the forces of globalisation that can also be found in the art world, paradoxically offer a wide berth to opposing cultural horizons. It is said that New York is not America, but America needs New York for its global existence. This is what this show will try to demonstrate through a few slices of today's art steeped in identity. The three guest artists are using the photographic image to tell the tense relationship between the private and the public, between a personal story and a collective history, between politics as a private struggle but also as a commitment for excellence, and the way in which this is transferred towards the cityscape. AB

LaToya Ruby Frazier's work explores the psychological connections of intergenerational relationships within her family through photographs and videos that blur the line between self-portraiture and social documentary. Shot in her hometown of Braddock, Pennsylvania, Frazier’s images capture the after-effects of a retired industrial town's dramatic decline. Though her focus is self-specific, her work examines the general role that family dynamics play both on a personal level and in society at large.

Her work has been shown in numerous group exhibitions, the New Museum of New York Triennal in 2009, Greater New York at PS1 MoMA  in 2010, the Venice Biennale, and the Incheon Women Artists' Biennale in 2011. Latoya Ruby Frazier will take part in the Whitney Biennial 2012.

In her performances, videos, and installations, New York-based artist Sharon Hayes examines the intersections between history, politics, speech, and protest. Staging anachronistic and speculative protests, she delivers speeches inspired by the language of politics and the dramaturgy of theater before an anonymous public. She creates interventions that highlight the friction between the collective and the personal, between the construction of fiction and historical fact.

Her work has been shown in many solo exhibitions, at the New Museum for Contemporary Art in New York in 2007, the Tate Modern in London in 2008, The Art Institute of Chicago in 2011, to name but a few. In addition she will soon be showing at the Whitney Museum in New York and Reina Sofia in Madrid (May 2012) adding to her list of group shows in places including the Venice Biennale 2011 and the Guggenheim, New York.

Leigh Ledare uses photography, archival materials, texts, and social taboos to interrogate human subjectivity, desire, and the photographic image. ?He delivers a testimonial of his personal story with an unsettling honesty by exploring his own psychological and photographic relationship with his mother. His work questions boundaries by shattering the framework of the traditional family structure in placing focus on the atypical and unsettling.

His work has been presented in numerous group exhibitions, most notably at the Rencontres d'Arles in 2009, and Greater New York at PS1 MoMA in 2010. His solo shows have notably been exhibited, in particular at the Garage Center for Contemporary Culture at Moscow in 2010, and will soon be presented at Wiels in Brussels.