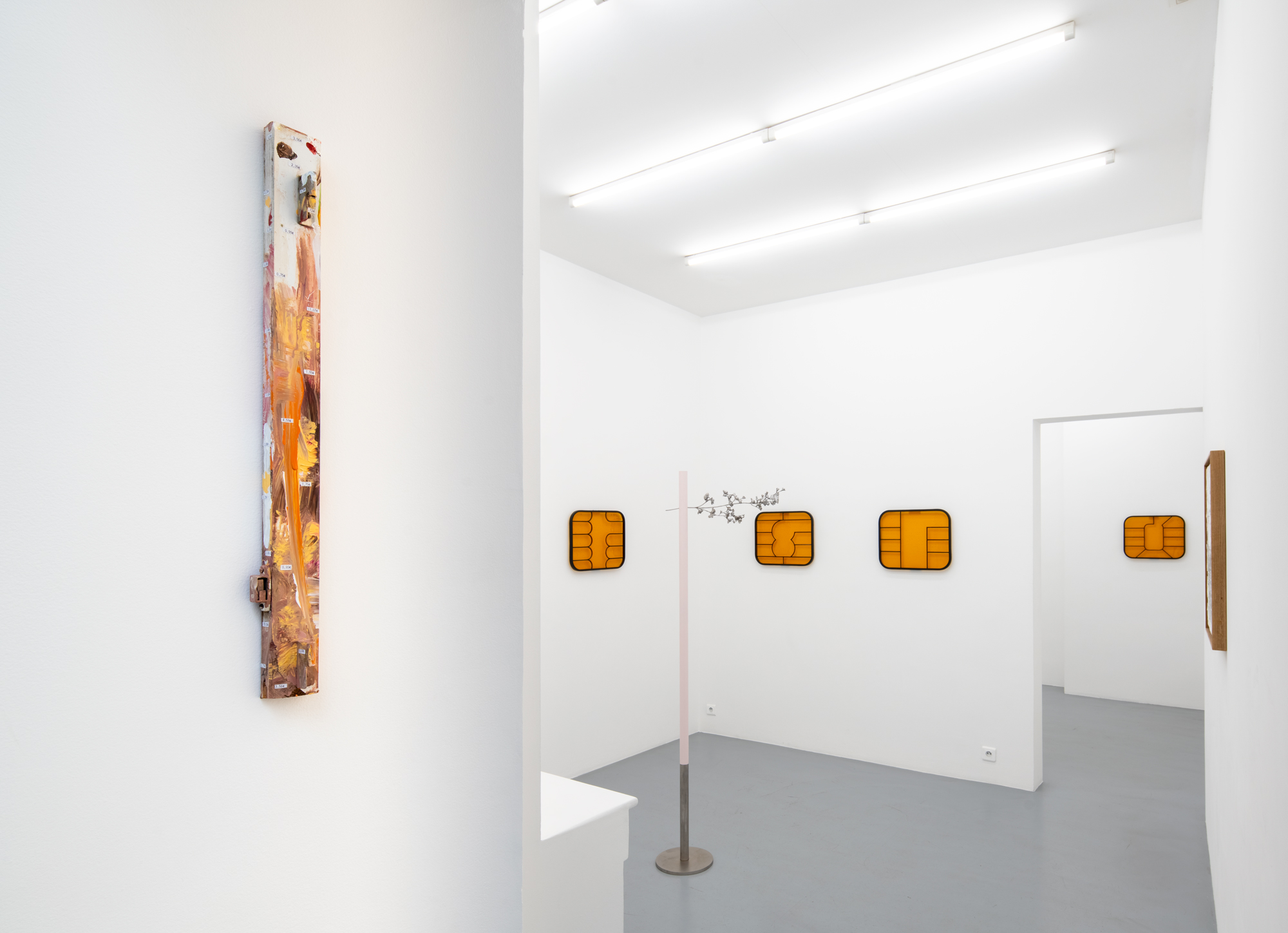 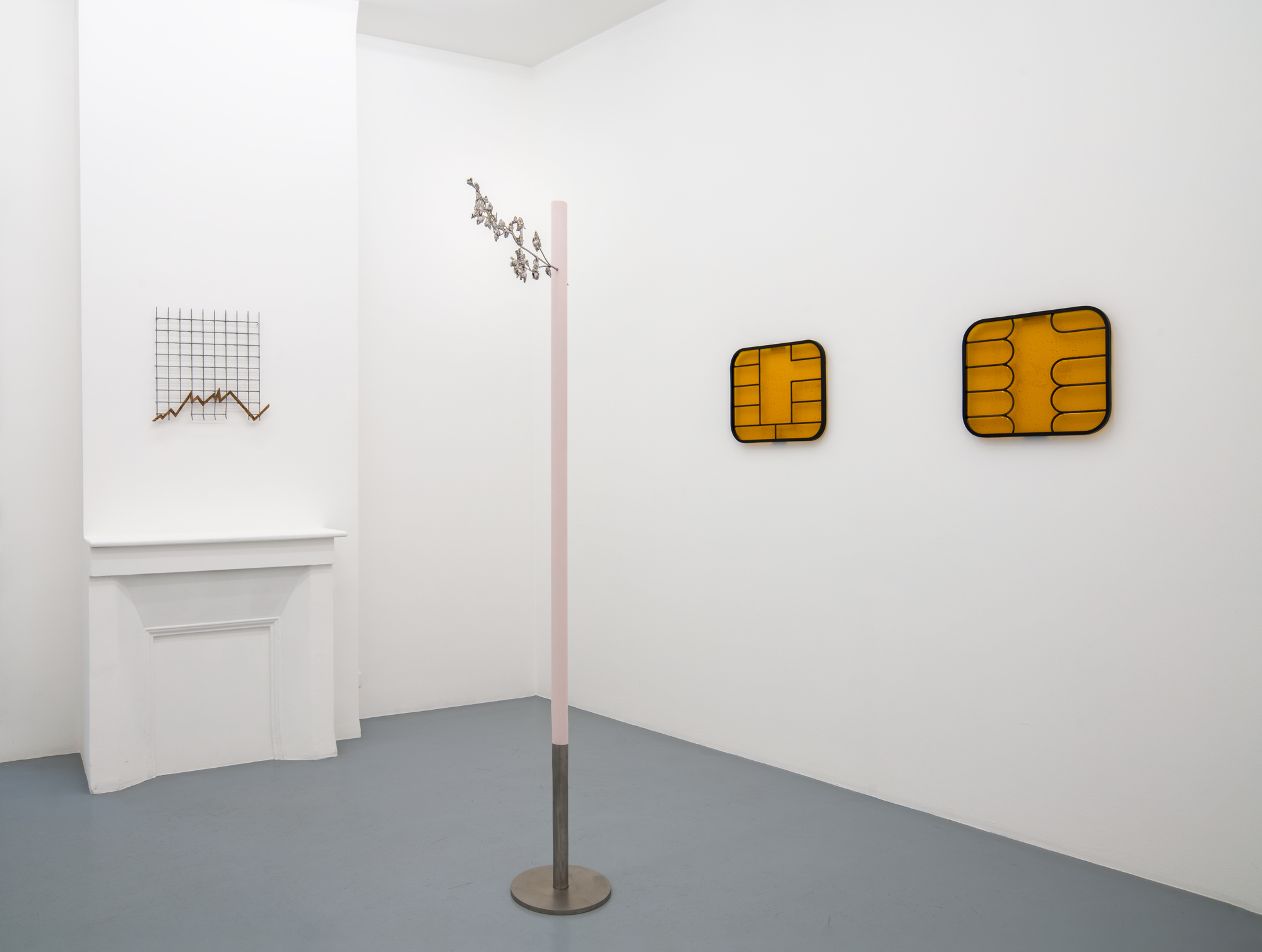 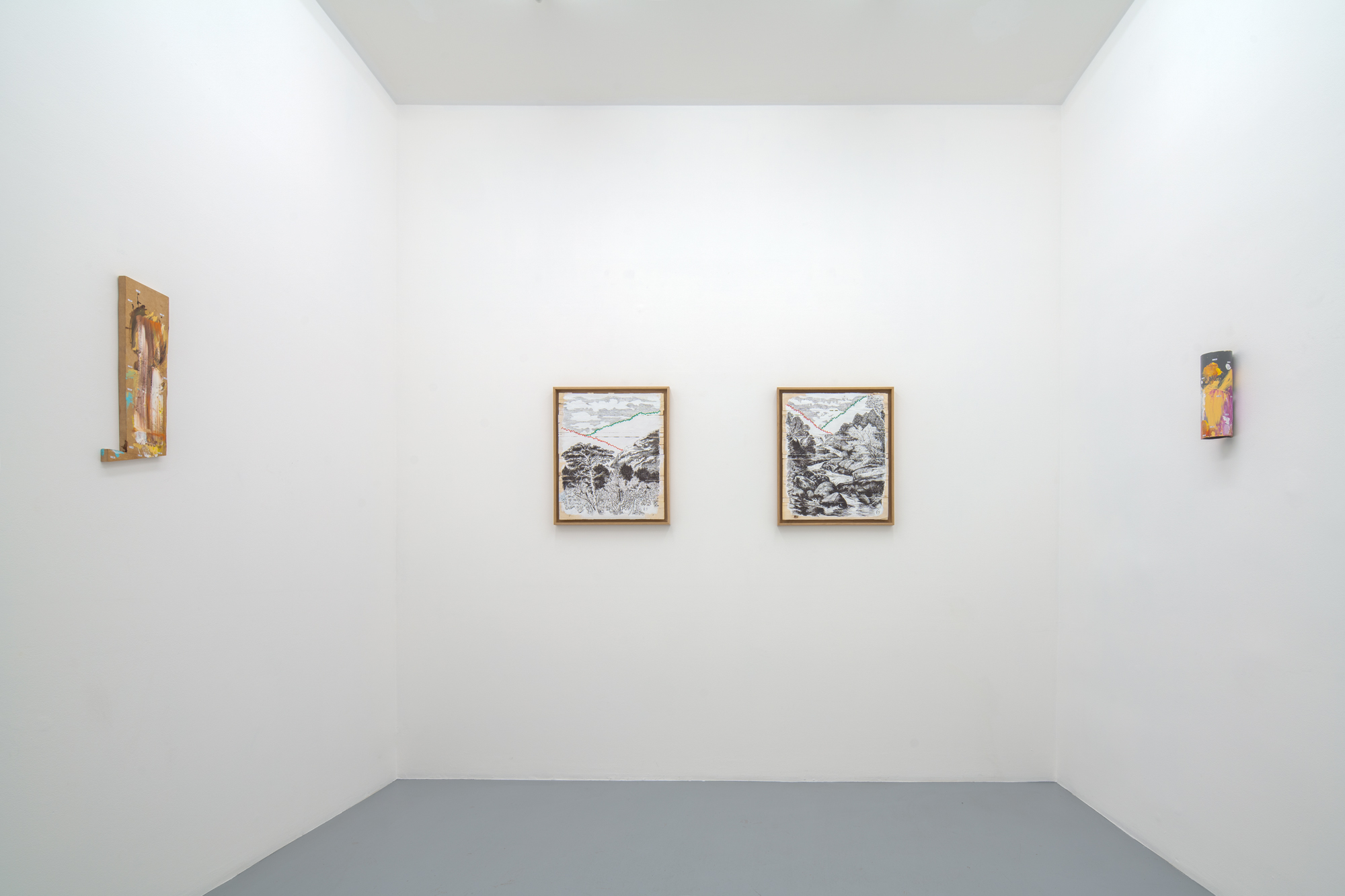 Michel Rein is delighted to present Mars, a series of works created by Franck Scurti during the first quarter of 2022.

In “Lux-vision” the process of luminosity is different: the work is hung on the wall, like a painting, and it is the light of the gallery that illuminates it. The work is transparent; our gaze traverses the bubbled glass surface of the light to hit up against the wall. The religious value associated with the stained glass (and with the work of art) gives way to its exhibition value.

The “Paysages économiques” are engravings that are reproduced in black ink on poplar wood, a wood that is usually used for crates for shipping, packaging and to move goods. On each of the landscapes, two coloured stock charts stand in for the outlines of mountains, literally crossing the image by splitting it into two.

The concept of a value fleetingly created by a simple line, a stroke that varies according to the unpredictable, subjective fluctuations of desire comes face to face with know-how that can be measured in terms of work time.

At first sight, what appears in “New Values” is the rapid execution that makes these works paintings in the tachisme style. The paint stains seem to have been thrown at once, without any particular effort, on objects found in the studio. The prices I cut out from cash slips and that I associate with paint stains use parody to condemn the excesses of the pricing of art works, almost like on the stock exchange. Mallarmé said, “To paint not the thing, but the effect it produces.” What I want is to create a direct relationship to the things that are in front of our very eyes, to say that it is the intensity of desire that is the foundation for setting values and not the time of work they involve. Intensity is exactly what I was looking for when I moulded a blossoming cherry tree branch in cast aluminium to give form to this symbol of ephemerality. “Sakura”, by indicating the season of spring, also has the elegance of the economic graphs recurrent in my work. “Mars” is the latest work I have created. It is a metallic grid crossed through by an economic graph made using snake skin.”