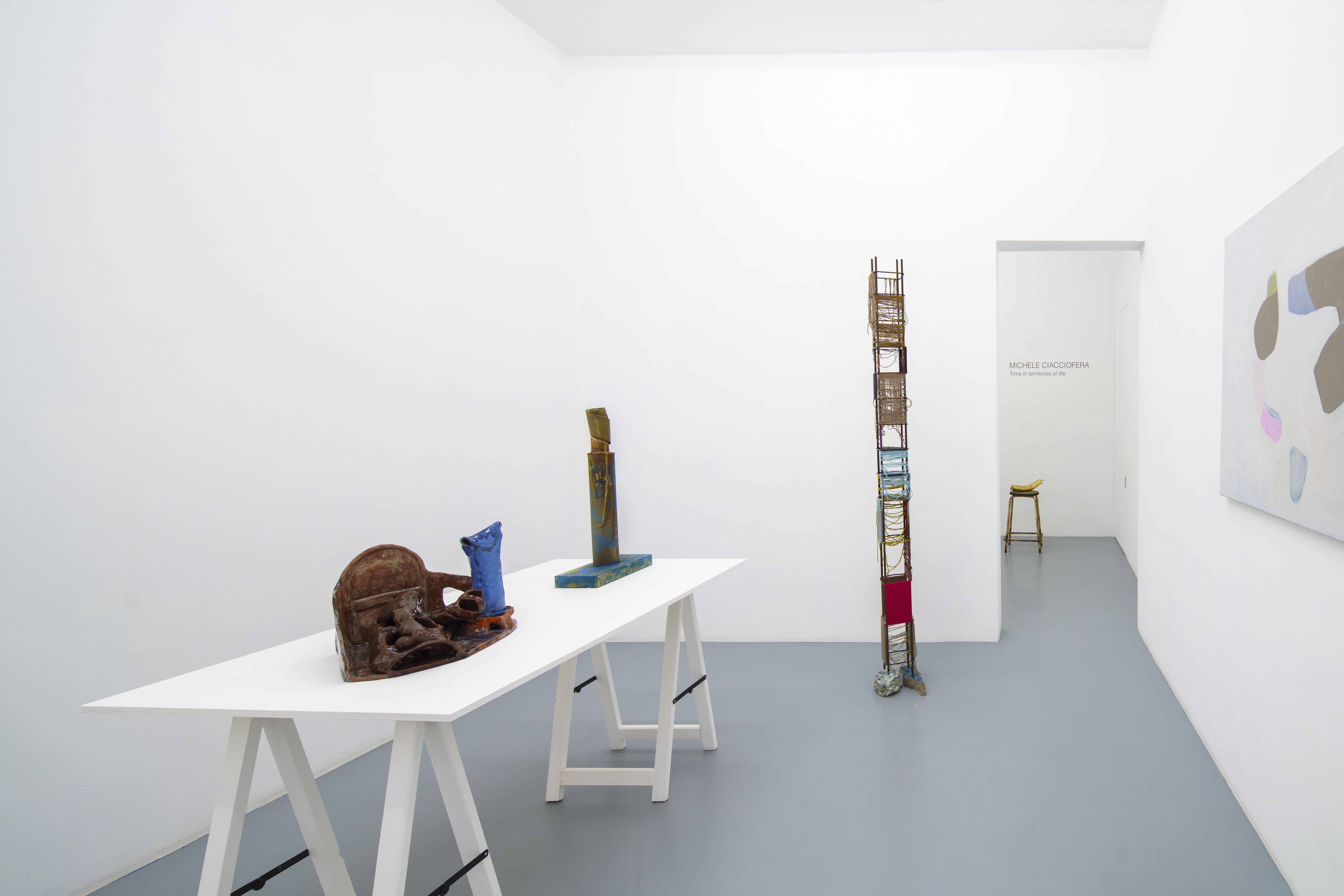 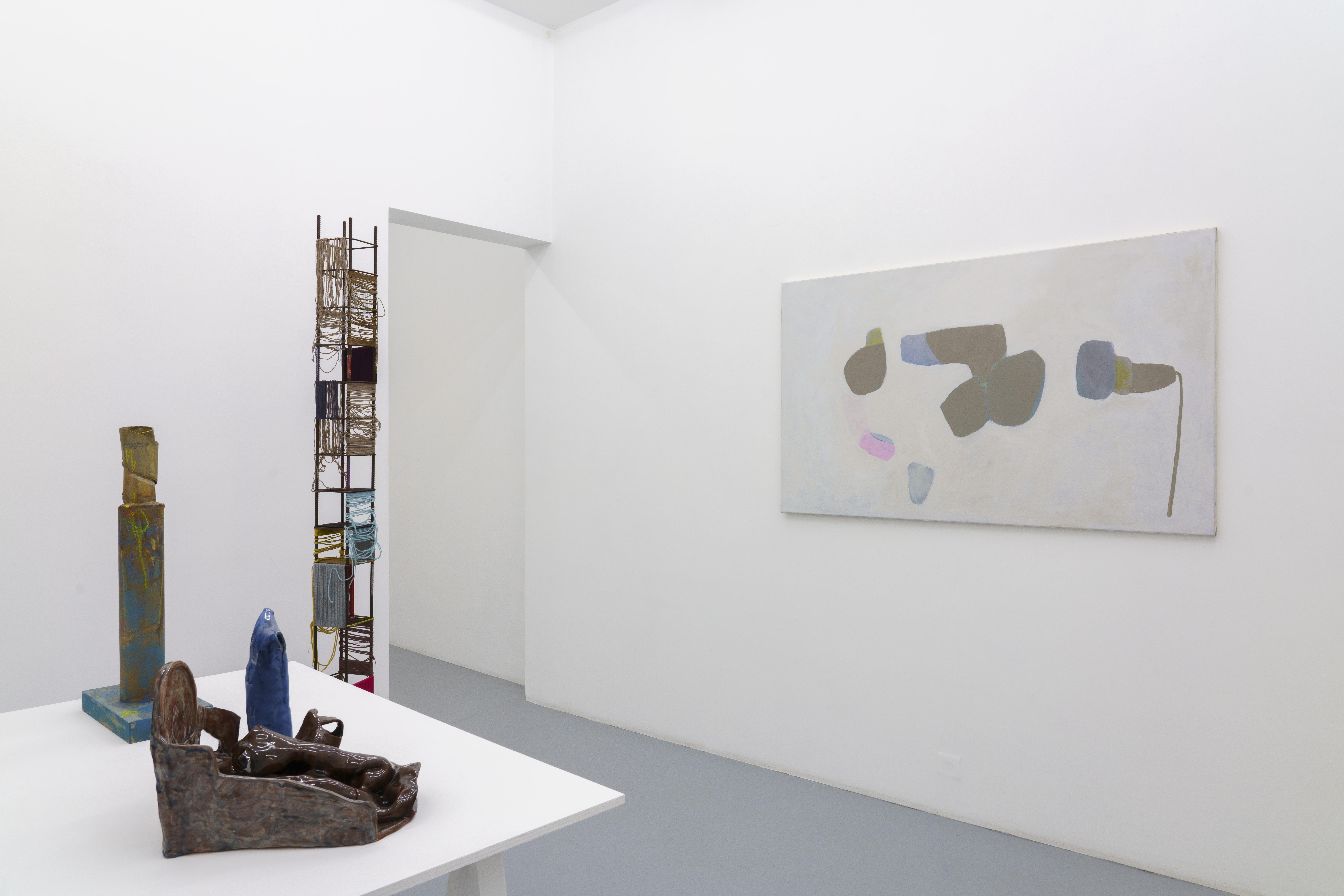 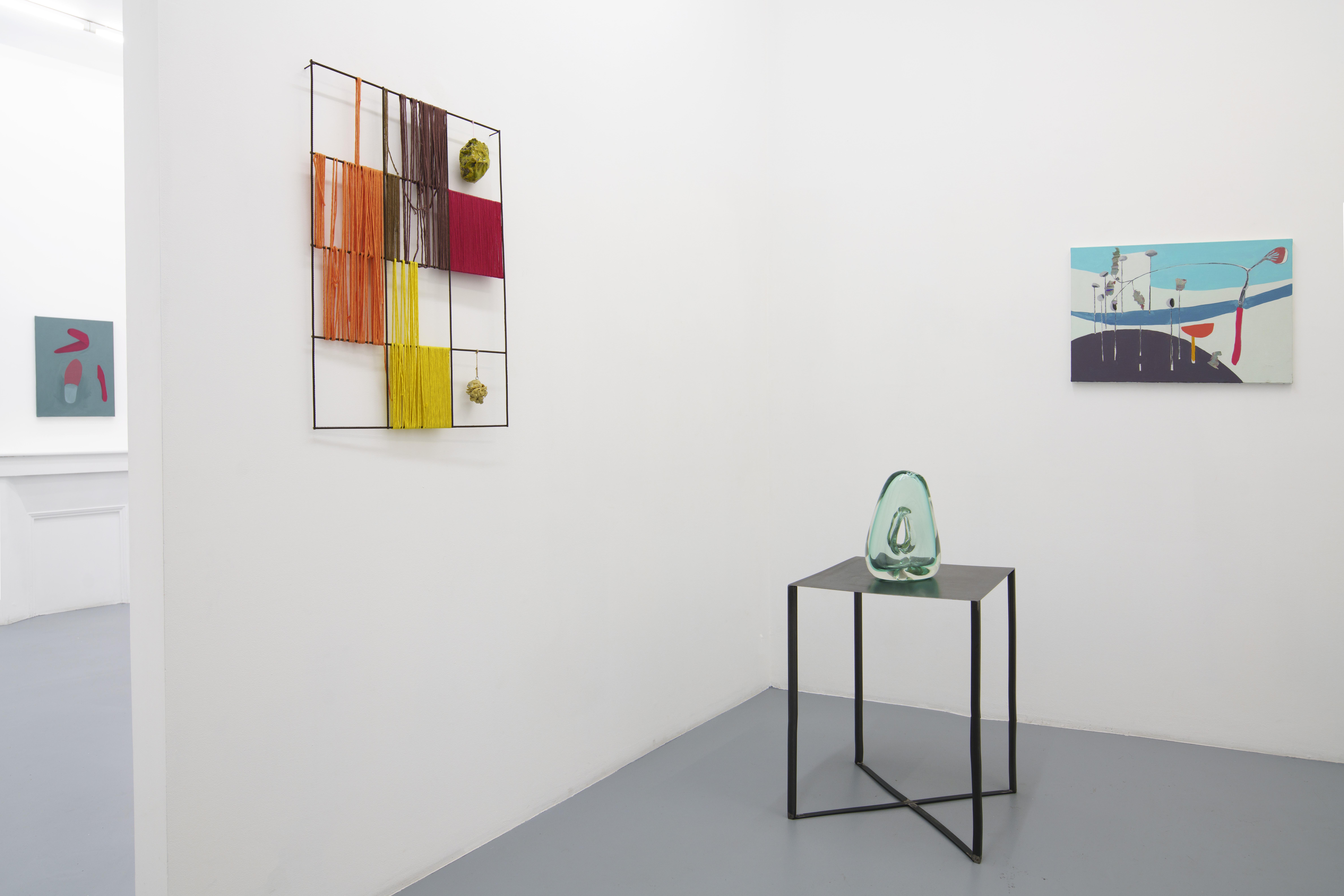 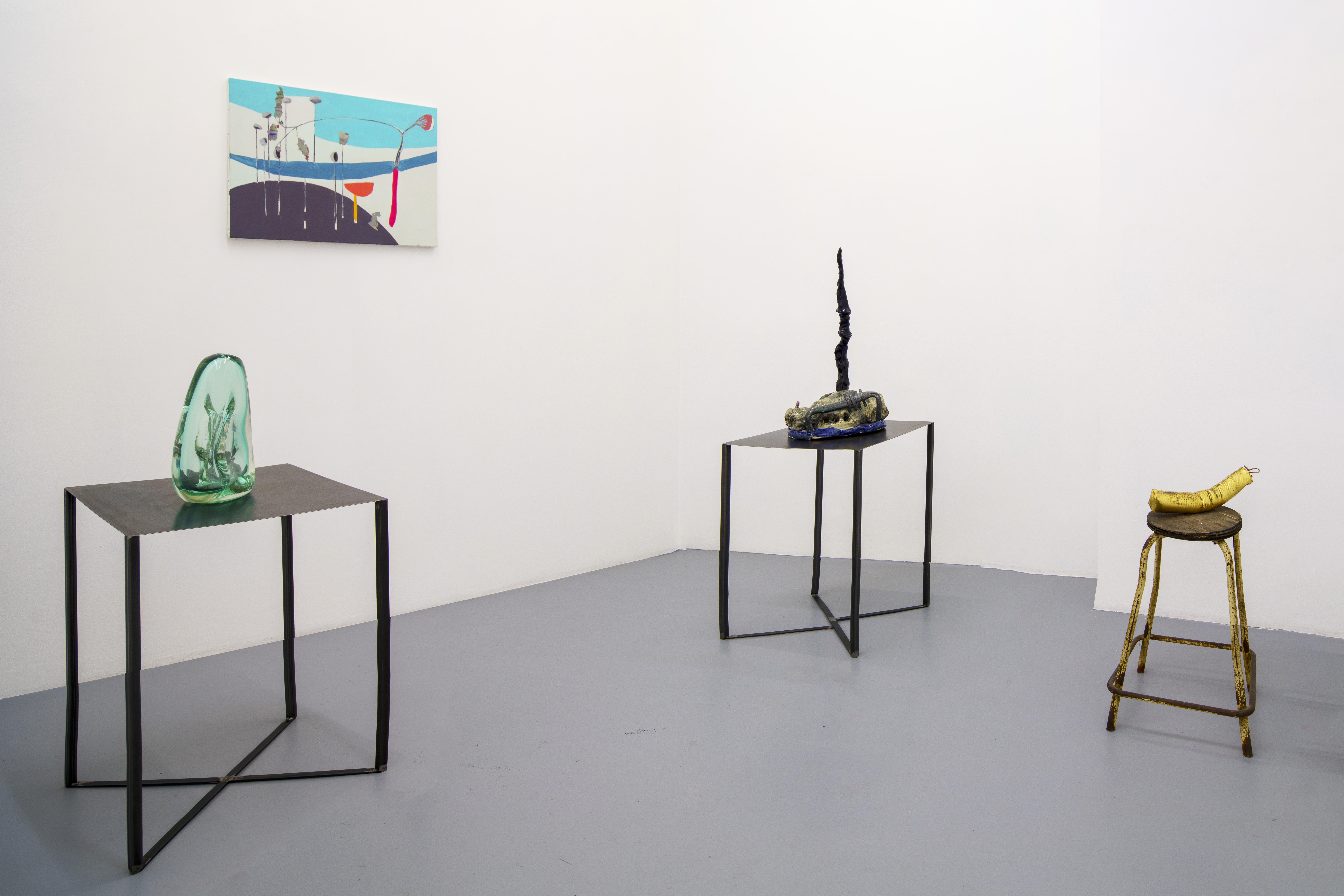 These works are the result of an imaginary construction of spaces thought their temporal and mental dimension. Traces, signs and forms represent a kind of spiritual baggage to cross the «door» of the present by projecting oneself towards the future, as when Paul Klee's Angelus Novus, obstinately turning its head towards the past, was irresistibly projected towards the future by the storm of the present.

Towers, trees, doors, architecture and objects that have lost their function, remain abstractly present in our memory as purely mental forms, which, in a tension between fear and hope, at the moment of collapse, operate at the center of our imagination, like a reassuring baggage that accompanies us as we cross the threshold into the future.

The ceramics from the series Tales of the Floating World (2019) - produced in the Seguso workshop in Murano - are conceived as a fragment from another world, evoking by its organic form, both the human and the natural world, mineral as well as animal. This work is part of the artist's research on the formal ambiguity between the different kingdoms of the living in the context of current hypotheses of «infravies» as well as collapsology. It continues the artist's reflection on temporal questions, where the hypothesis of a collapse of civilization modifies or even subverts the relationship between the present and the past, where the end seems to merge with the origins.

The glazed ceramic sculptures evoke nature, architecture, fossils and archaeology. The works put in dialogue totemic forms derived from nature with architectural structures of the past and present, fossilized animals and plants with scrap metal and everyday objects, associated with anatomical fragments close to labyrinths.

The wall grid enclosed by Janas Code (title evoking the Neolithic Janas1 domus found in Sardinia), is hung with objects and sculptures. This grid is realized with grids of local building sites used for the construction, that Ciacciofera cuts and treats, for which he also draws and realizes a specific support in order to distance it from the wall like a painting. Decorated with threads, some of which fall after a deliberate cutting, this new «edifice» reveals a certain fragility.

The totemic presence constitutes a pillar of societies, ancestral as well as contemporary, which recognize in these symbols indispensable social and political links. The totem also represents the link between the natural and the spiritual, the temporal and the timeless. Made from the iron frameworks of buildings, used for the construction of pillars, it rises like a column whose stability is questioned by its lateral inclination, which reflects the very instability of the stratifications with which the evolutionary processes have come to us. These phases are represented by superimposed planes of irregular dimensions on which colored threads intertwine with a dense and solid weft that alternates with a frayed weft representing the fragility of human relationships as that of man with nature.

Finally, the acrylic paintings allude to a metaphysical dimension in which physical, mental and temporal objects are confronted with timeless spaces, questioning the relationship between physicality and spirituality. A kneeling figure with big eyes, Le Spectateur émancipé, title taken from Jacques Rancière's book, evokes the questioning of the relationship between the author and the observer, typical of a social structure based on the intrication between domination and subjection. Attending a staging as complex as it is metaphysical, he reappropriates himself with the action of looking at his own faculty of choice and his determination to be able to create a viable reality.