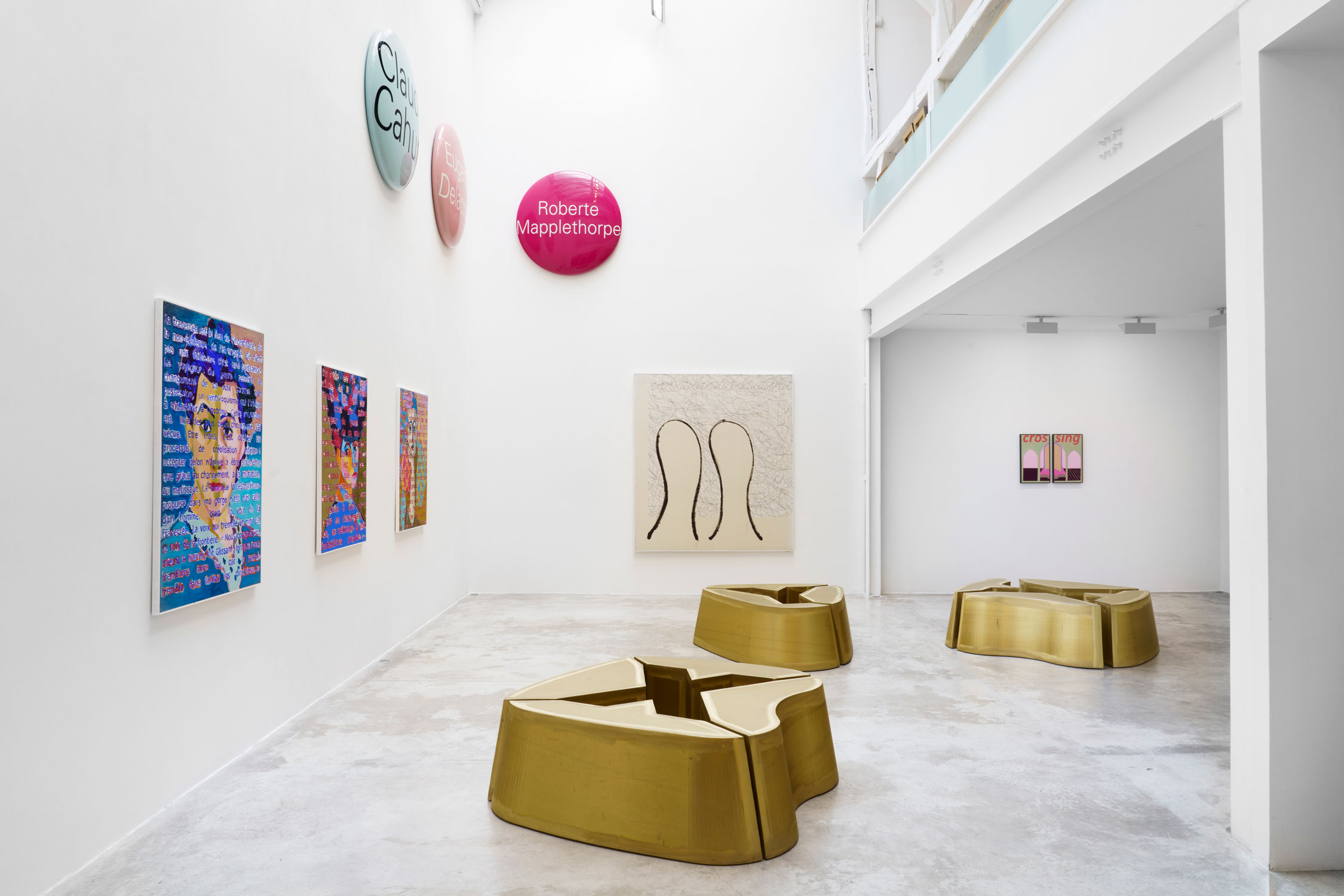 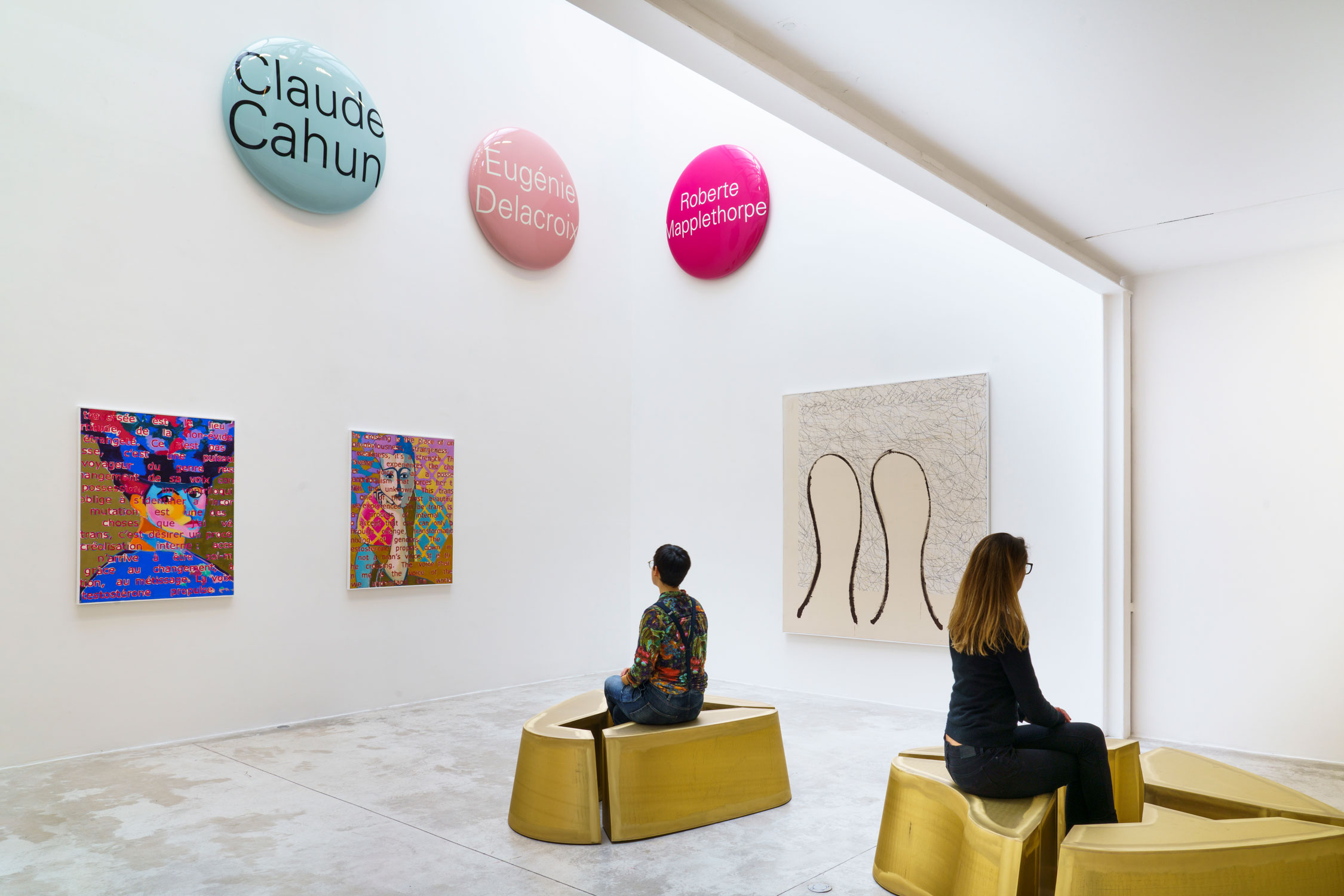 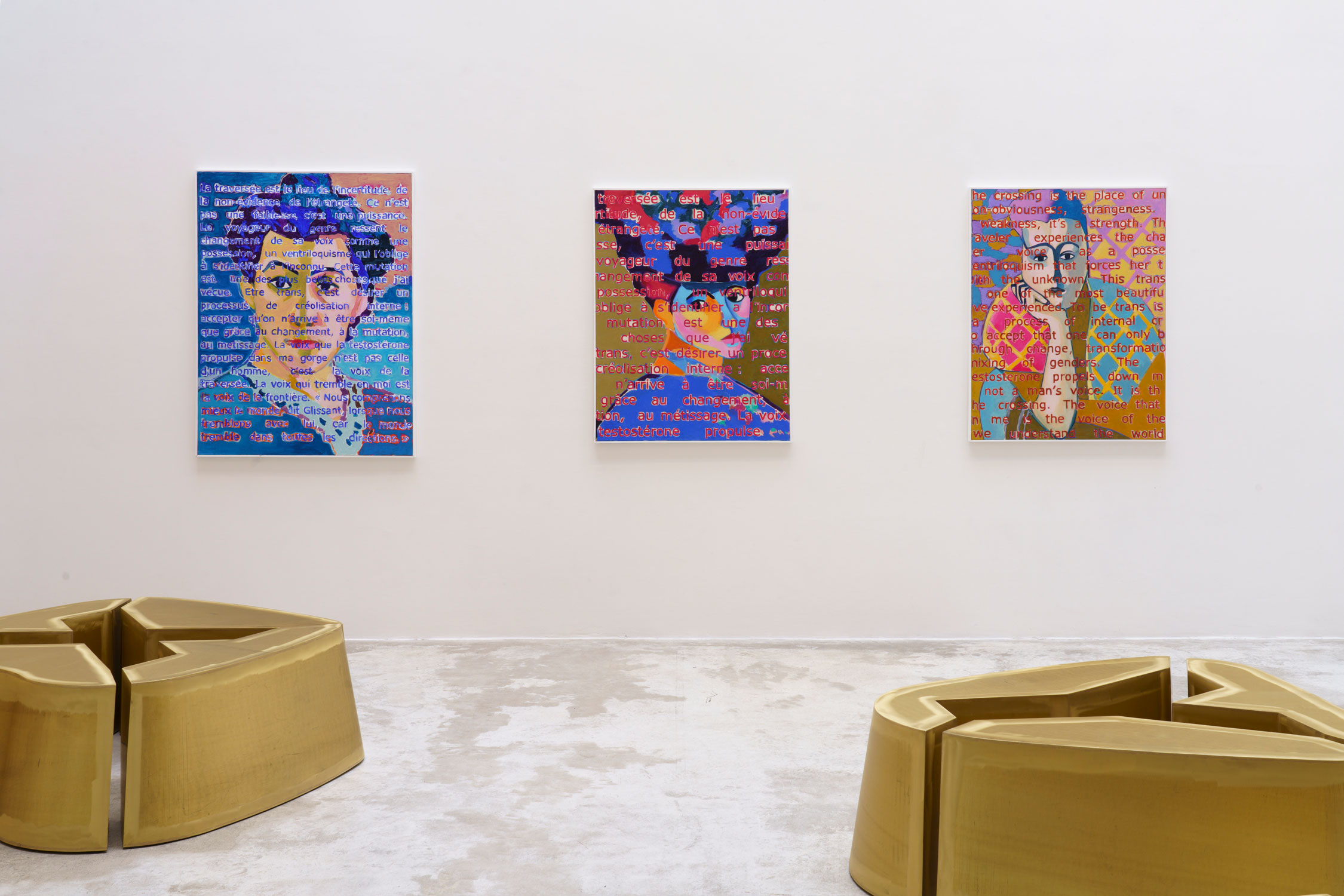 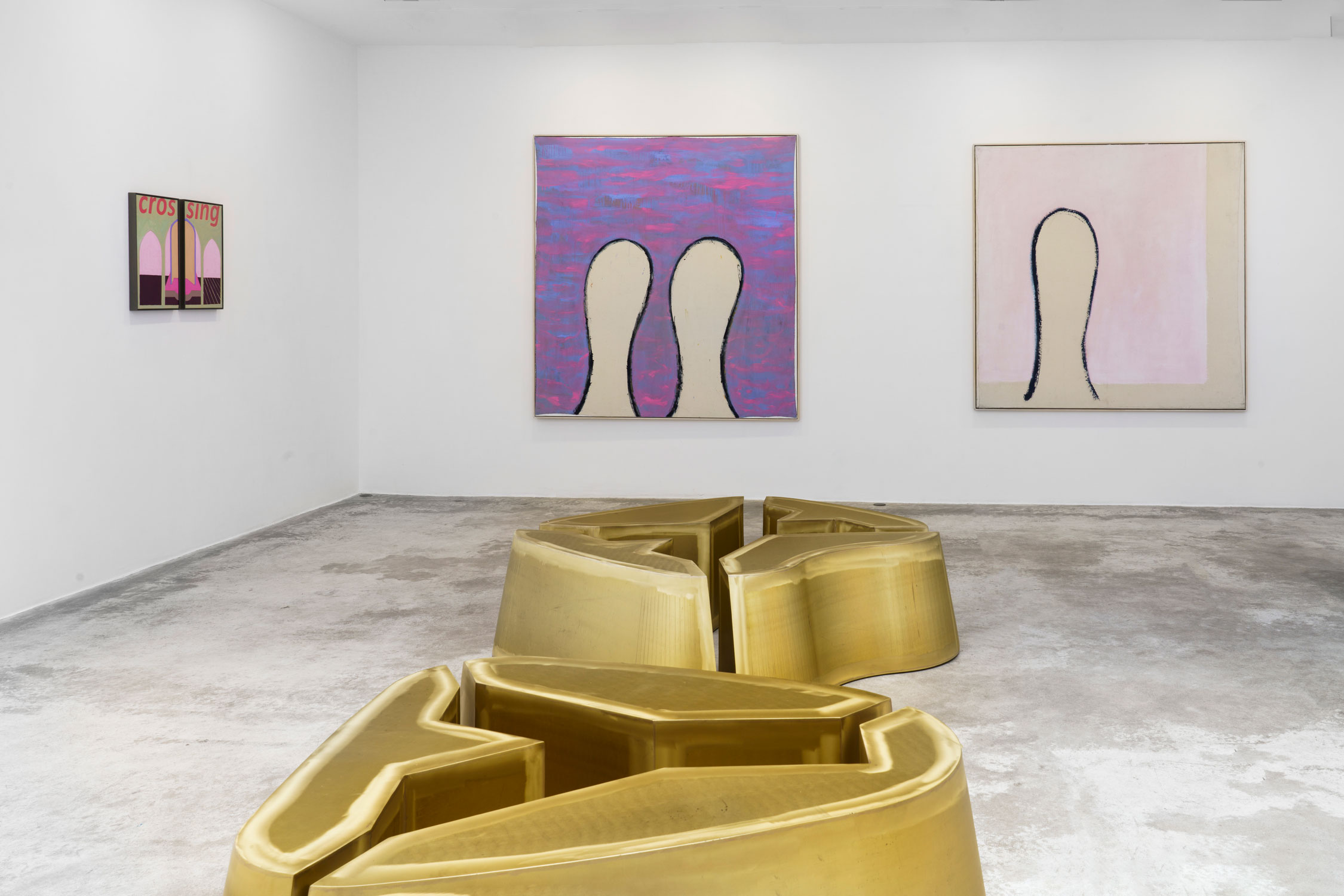 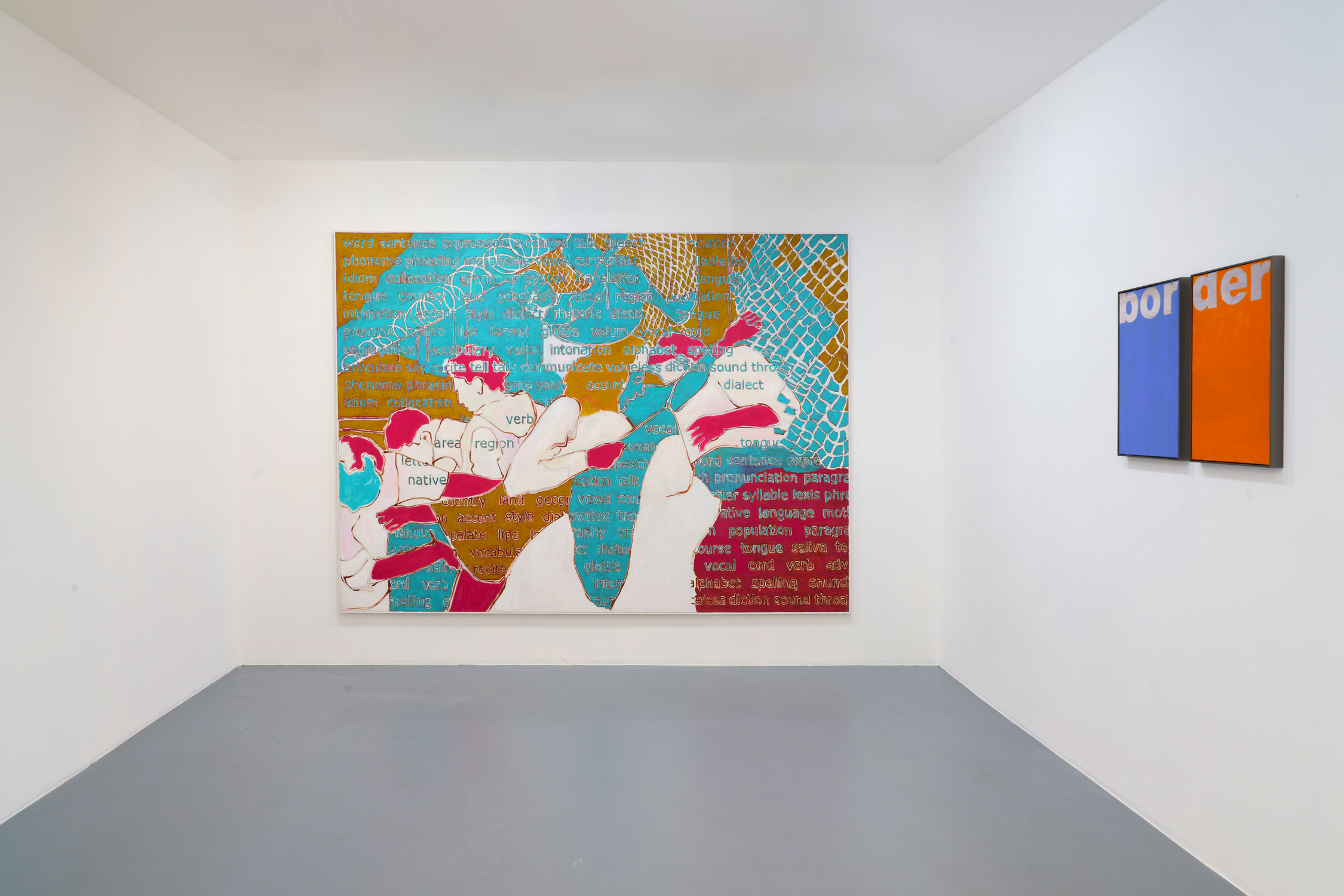 « Twenty years ago, I produced this work to provide a form and a representation for the absence of women artists in the history of art with which I had been inculcated. The framing created by the picture for the array of names whose gender had been reversed signified the fragmentary, non-exhaustive aspect of this overview, in which only Europe and the United States seemed to count.

The picture XX Story offers this inventory of the 2000s. For me, it marks a pictorial awareness of this issue, which has been on the move ever since and which found logical consequence in the recent Creolisation series.

Woven with extracts from Paul. B. Preciado in Un Appartement sur Uranus - one of the books I have been most affected by latterly - this series call into question this attribution of gender at work in art history. In re-enacting certain portraits by Matisse, who so often dealt with the female model, these faces express the voice of the crossing. In pursuing this «technique» which imposed itself on me in 2005, I paint the text first as a grid, then the figure takes shape between the letters. Above these pictures, three Life Size Portraits (Portraits Grandeur Nature) give a name to three gender migrants in art history.

The Big-big & Bang-bang series, started in 1995, runs through all my work. These anthropomorphic forms are set on a threshold, in front of the painting and in front of time. Mostly twosomes, they anchor the relation in its primary authenticity. This «primitive» series strolls around in my work as if as a reminder that all works - like all beings - contain their own archaeology, not as a past, but as an ever-active future. By being genderless, they leave the issue of identity open.

The Predelles, because they are often also double, provide the word like a crossing from one format to another. When you learn a language, you mumble the syllables, when you read it, you make a tracking shot in the writing. The caesura expresses this act of overcoming that you invariably execute in the reading, between the graphic form and the meaning, between signifier and signified.

In the middle of the space, like an isle or a water lily, a Matrice/Assise made of gilded brass floats. It articulates the space of three letters: XXY. This is an open genome, a new kind of Annunciation, which echoes the gilded writing in religious painting.

For me, painting is not a surface, it is an experience.
With each new picture, I attempt the crossing.
Crossing it-painting, life-is being in motion, in this common vessel called language. »