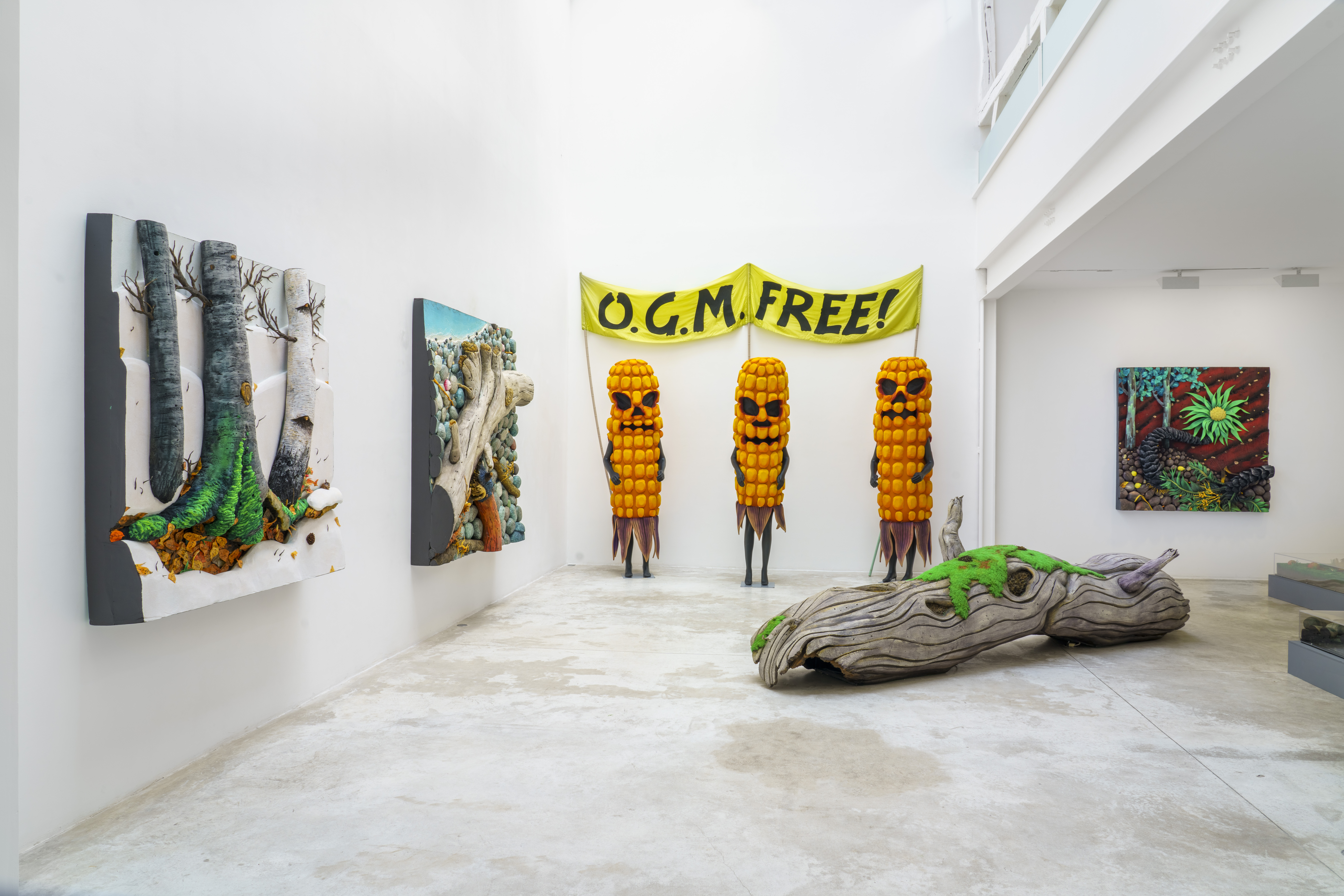 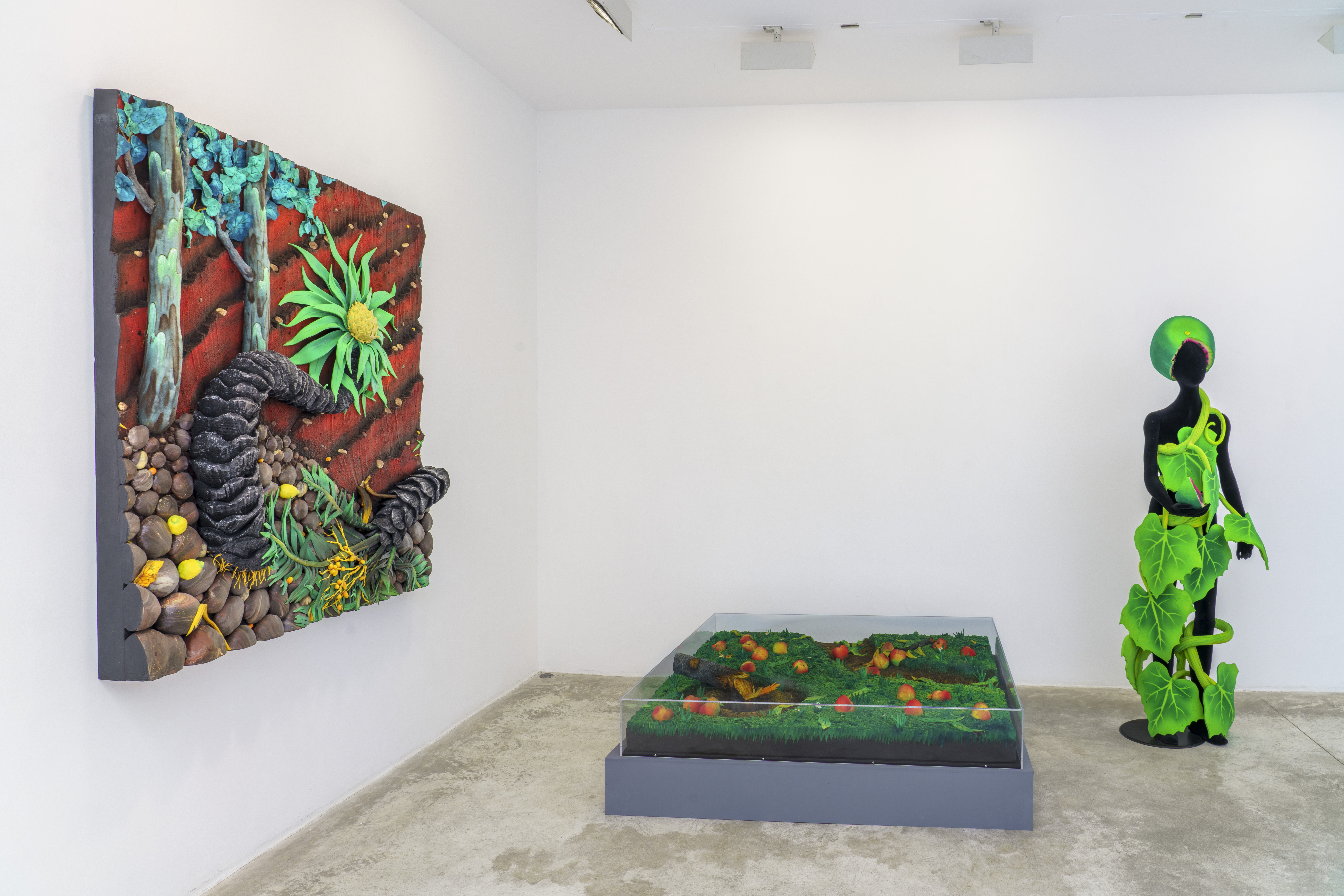 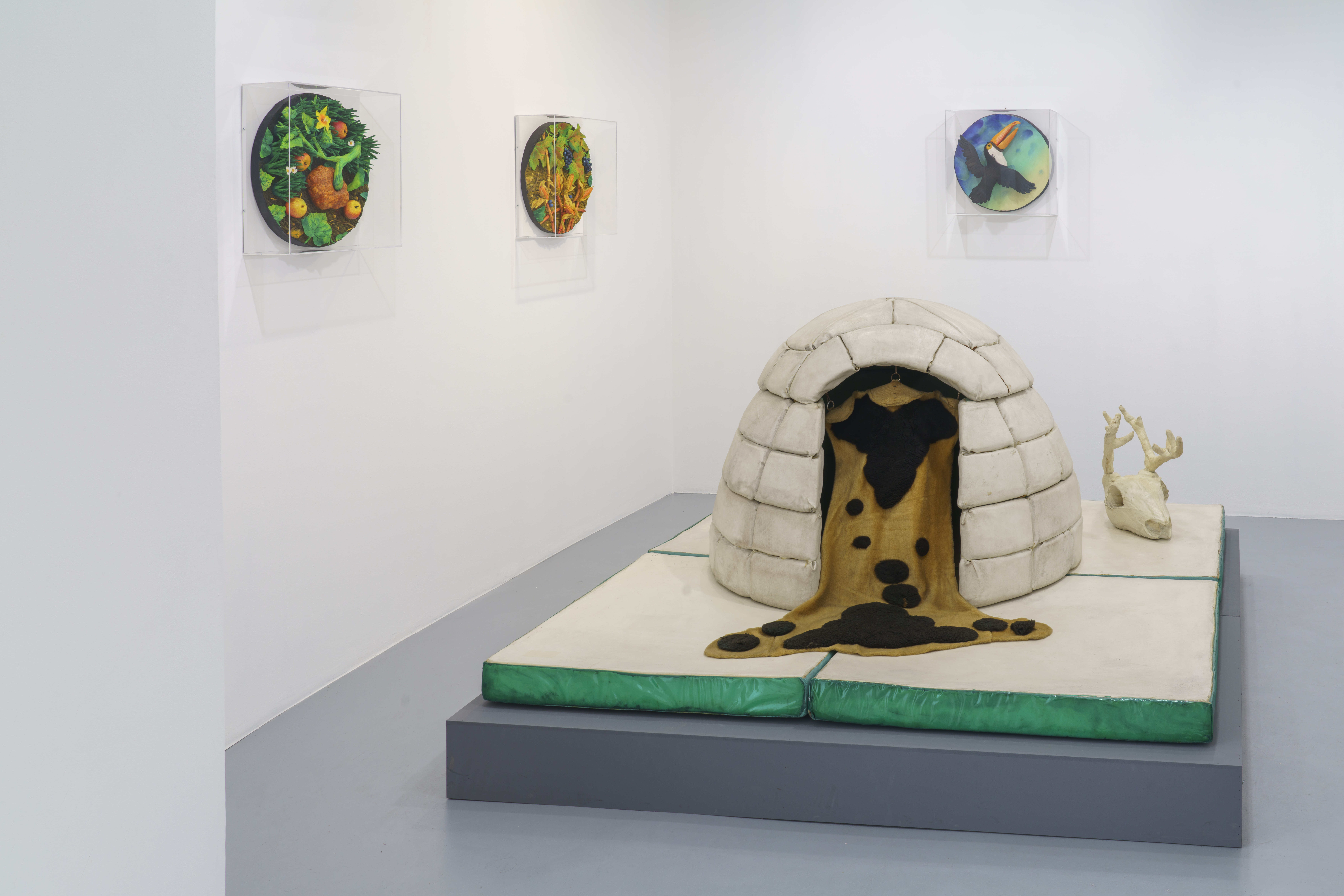 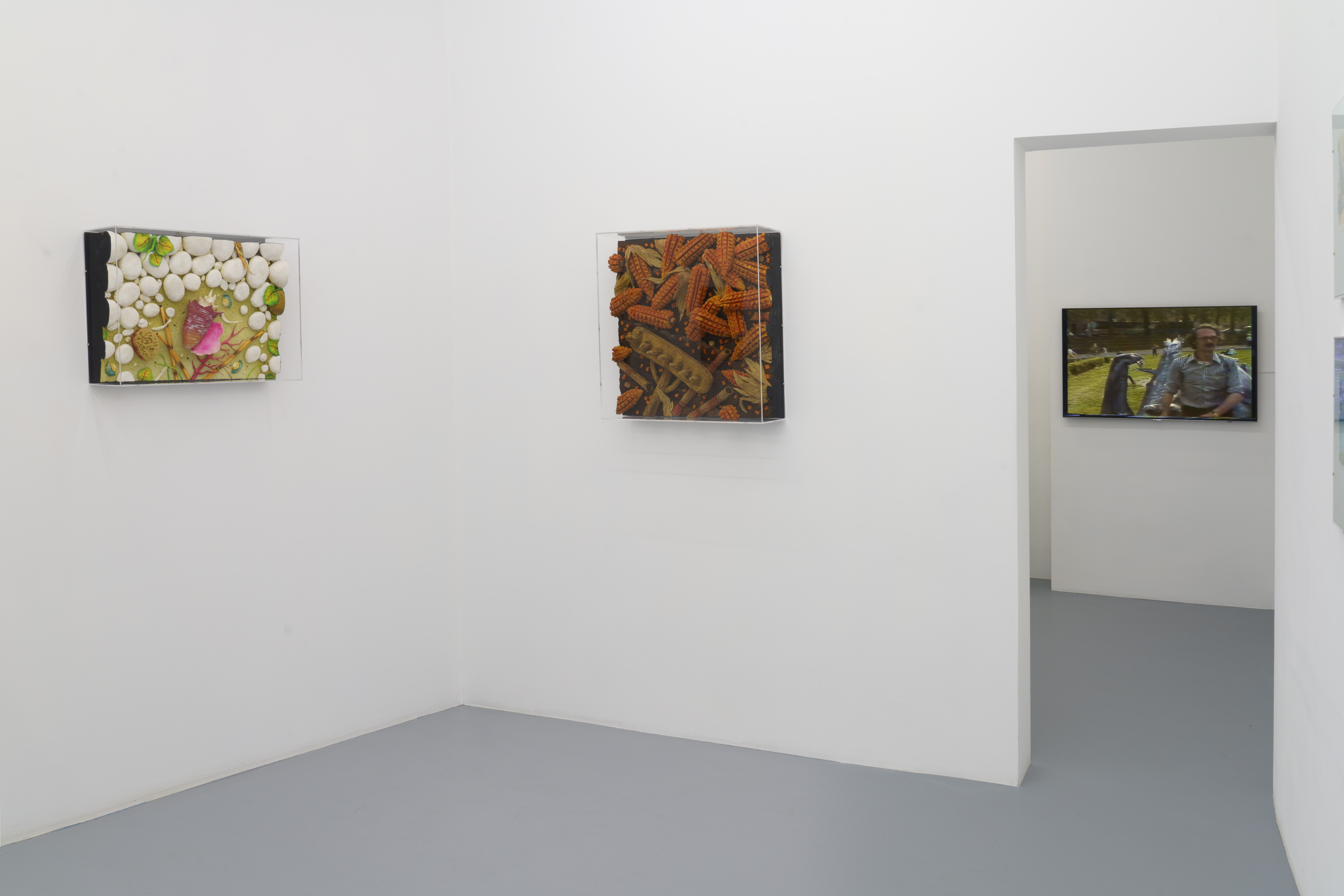 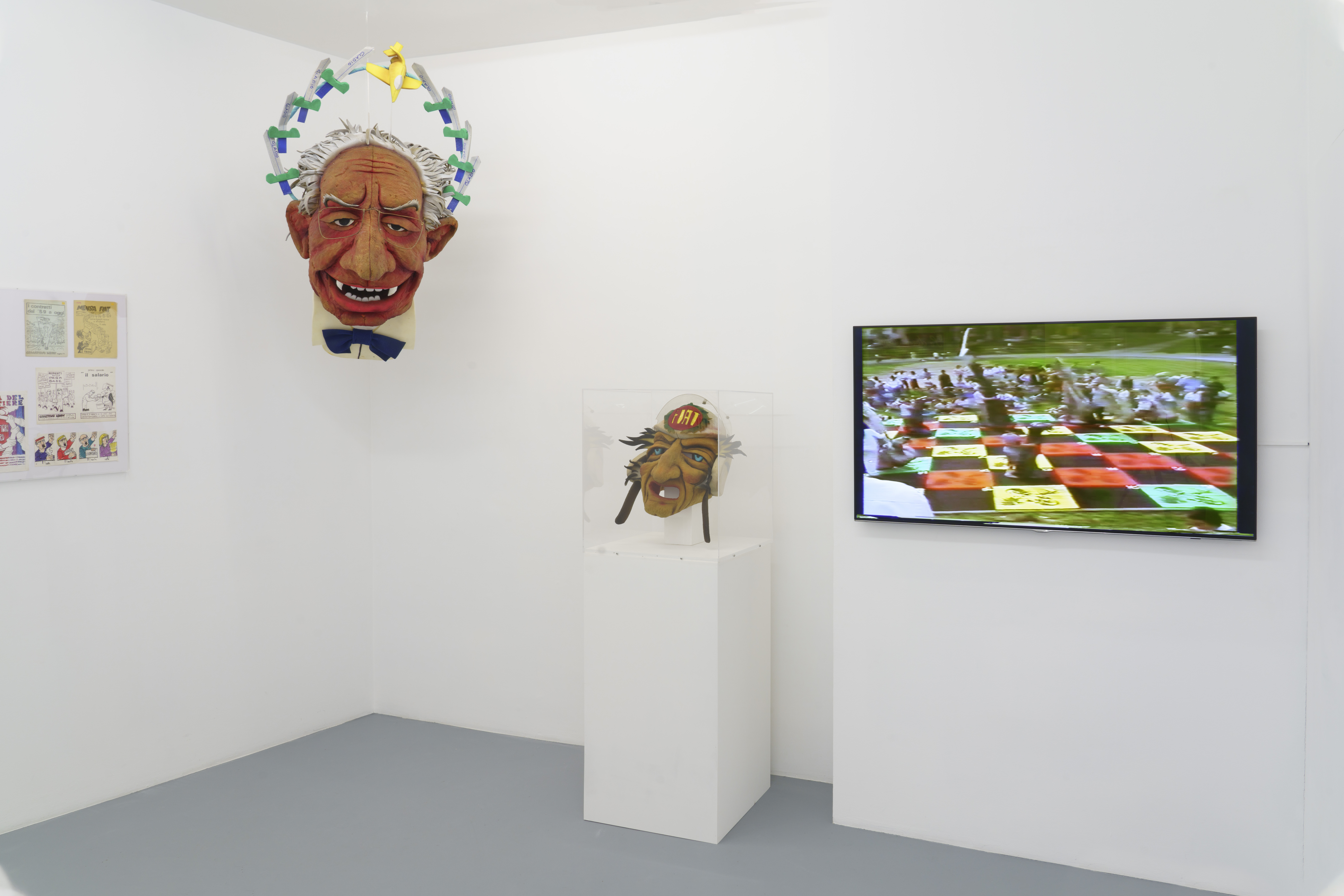 Michel Rein, Paris is pleased to present Piero Gilardi's first solo show at the gallery. The exhibition presents recent and historical works by the artist and a collection of drawings and political works.

« Pebbles in a torrent bed, peaches on the ground after a storm in an orchard, seagulls on the sea, burnt vegetation after a forest fire, undergrowth covered in snow, a field of watermelons, sweetcorn, or pumpkins, these are some of the subjects of Piero Gilardi's «nature-carpets».

From the mid-1960s to the present day, Piero Gilardi has been making nature-carpets (halfway between painting and sculpture), a sign whereby his work can be recognized, an object of reflection for talking about a close and familiar nature, which echoes in each one of us, both collectively and personally. Well before certain ecological challenges, which nowadays lie at the heart of our current world, Piero Gilardi has been concerned with representing nature not in the form of landscapes, but rather as fragments, not by way of a panoramic vision, but by adopting a horizontal way of looking at things, situated flush with things, in order to show us a nature (at times domesticated, at others not) caught in its smallest details, and attract our attention to things we would not otherwise look at.

As one who took part in the first Arte Povera shows in the late 1960s, Piero Gilardi preferred talking about nature by using not elementary materials (water, earth, fire...), but an industrial and contemporary material, polyurethane foam, which he cut up, arranged, glued and painted, to present a nature pushed beyond reality with its bright, dazzling and joyful colours. With Piero Gilardi, nature is something experienced and lived. You sit on tree-trunks (Aigues Tortes, 2007) to listen to their noises, you wear nature like a piece of clothing to transform yourself (Vestito-Nature Anguria; Vestito-Nature Sassi; Vestito-Natura Betulla, 1967; OGM Free, 2014). His Igloo (1964), which was first shown in Paris, is an historical piece which should be read with a desire to return to a form of primitive life, well-removed from the challenges of the consumer society of that time, an issue he shared in particular with his friend Pino Pascali (1935-1968).

This political awareness, which lies at the heart of Piero Gilardi's oeuvre, is expressed not only in his drawings, posters, and masks of politicians made every year for the May 1st procession in Turin, but also in this far-reaching line of thinking involving a consciousness of nature, which has been exercising the artist for more than 50 years. »