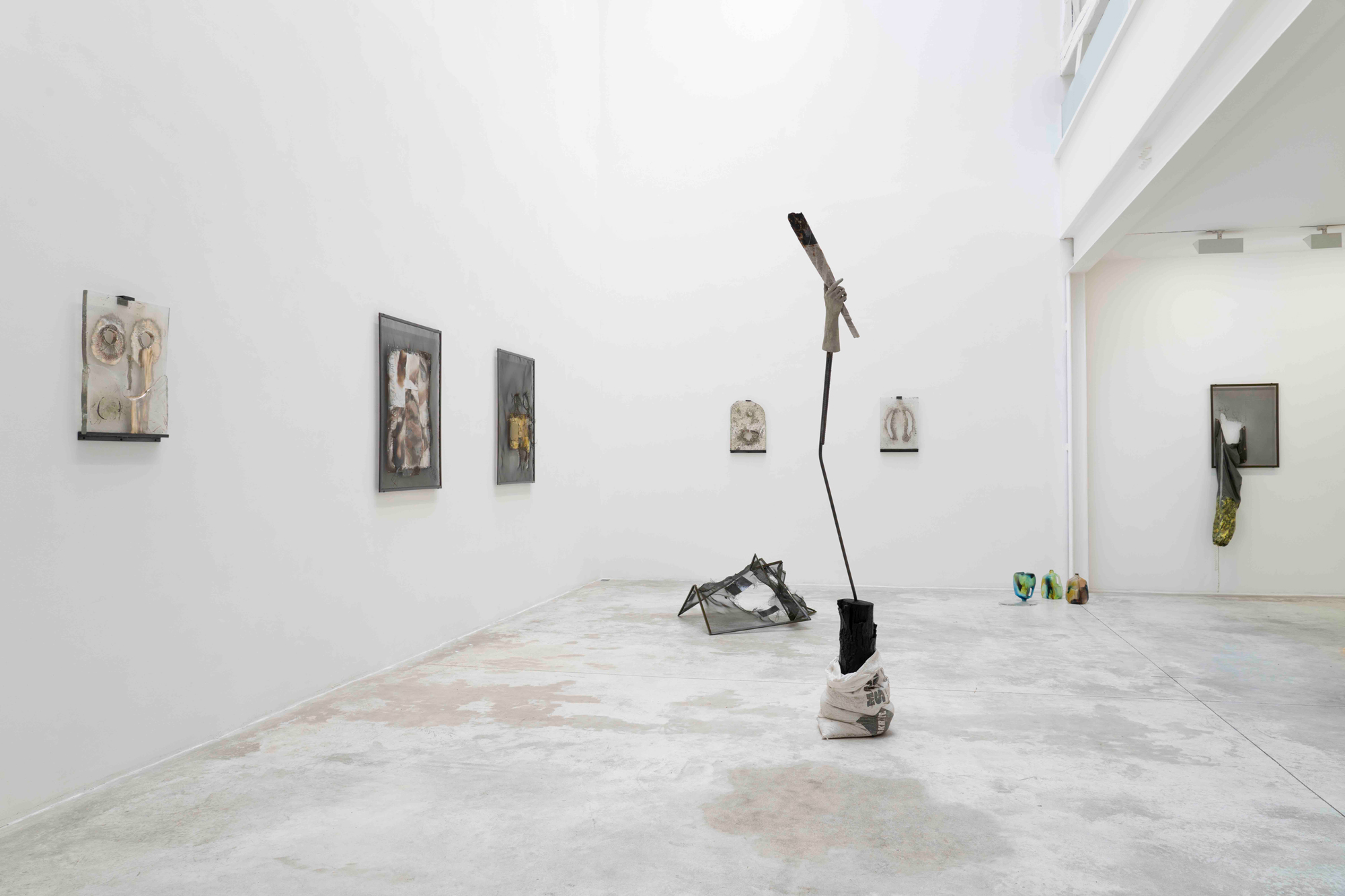 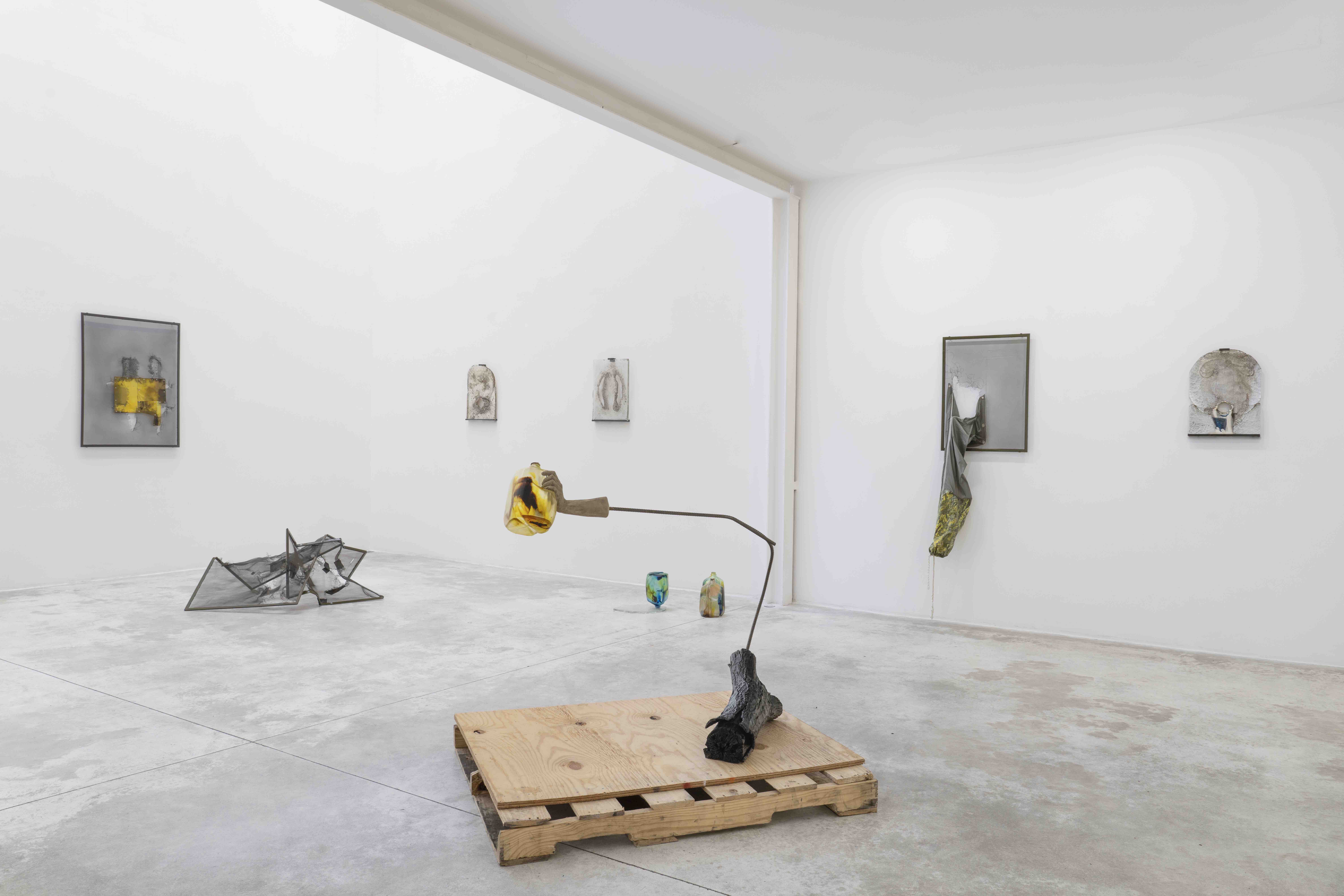 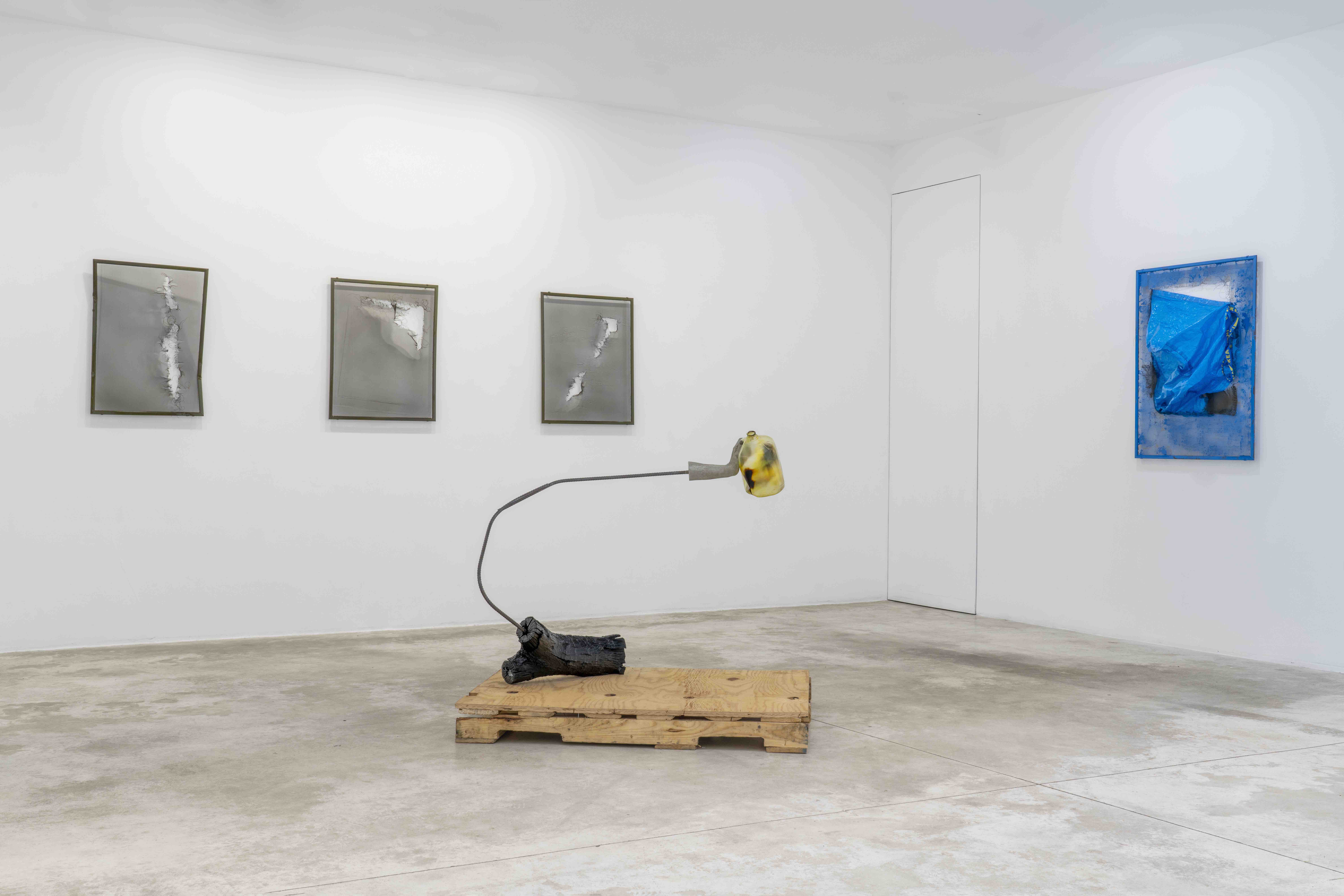 « Marianne arrived in the hull of a ship. Dismembered for easy transit, and upon arrival reconstituted as a monstrous figure - a diva of idealism. On the eve of 2020, 133 years old, geriatric and exhausted from the burden of rendering false ideologies, her torch sputtered and smoked, off-gassing the residue of a dying ember.

Then the blood evacuated her arm from holding it above her head for so long. And that was that, back on the barge she goes. Like all the other refuse in New York City (an annual 33 million tons), she was deported. In memory of her fatal existence, Marianne Deludes the World (2020) has been forcefully returned to Paris to linger in the coffers of the white cube.

It is from these murky sea waters that the Globster washed ashore. Disfigured. Decomposing. Unidentifiable. It gazed longingly into the mirror, attempting to assemble a self. The mirror, a pool of ladled molten glass. Its glossy surface disturbed by clusters of heat resistant debris. Everything else dissolves in instant combustion leaving carbonized trails. The exhaust makes each breath unbearable. A charcoal lung. And an obsession with filtration ensues. Obstructing the undesirables and letting the soup du jour pass on thru. The air, the water, the insects, the people, and the metaphors all standing in line at quality control.

The line wraps across a giant field. Yellow grasses appear like a carpet of kindling under the blazing midday sun. Everyone shuffles along and relief spills over the top of heads from jugs of distilled water. The hot white orb above, blurs at the sight of human eyes. Lurching slowly across the sky, in its diurnally rote manor, suddenly and spectacularly, a brief display of high contrast theater commences. A collapse of day and night, of time and space, as Moon previously hidden by the over exposed lighting, cuts the line. Each in a particular place, moving no matter how still. The blackest black, a total void bores a tunnel straight through our exosphere, through the Sun and out the other side.

The exhibition includes a series of hand poured and mirrored glass works formed around openings embedded with various materials. These mirrors obscure environmental reflections rather amplifying the interior worlds of each. Some form crude faces, Cyclops (2019) is rendered with a bulging mass of glass while another weeps silver nitrate. Emerging from stumps of charred logs, a pair of arms are perched on shipping pallets. Marianne Deludes the World (2020) holds a burnt-out torch aloft while the other thrusts an empty water jug. In addition, a series of powder coated window screens in various states of (dis)repair, no longer act as environmental filters. Perforated, the screens belie the imagined barrier between the wild and domestic spheres. At the entrance of the gallery, Untitled (Eclipse) (2019) a 16 mm silent film is projected. Shot in an open field in Nebraska in 2017 the total solar eclipse is captured in heavy film grain. »