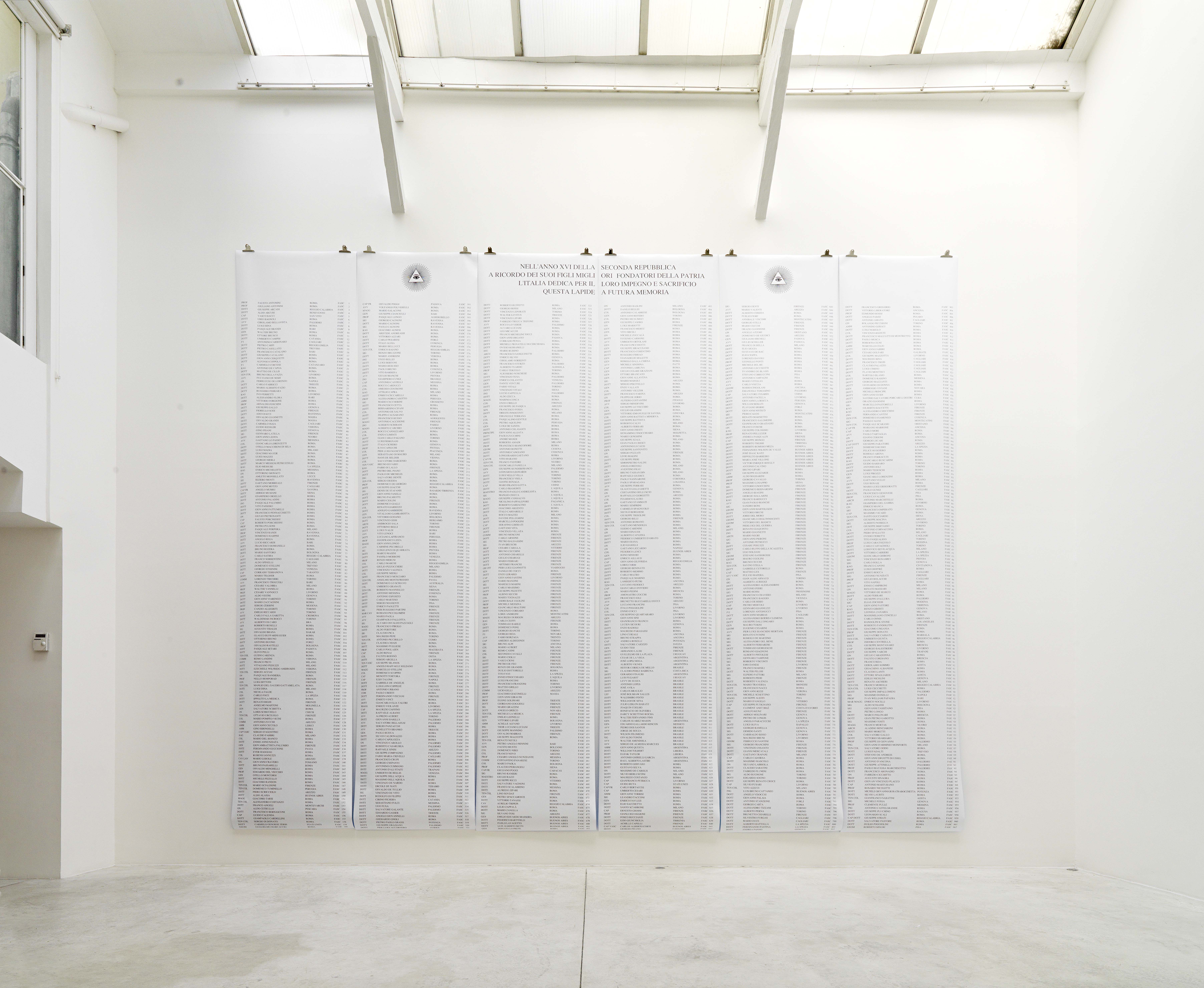 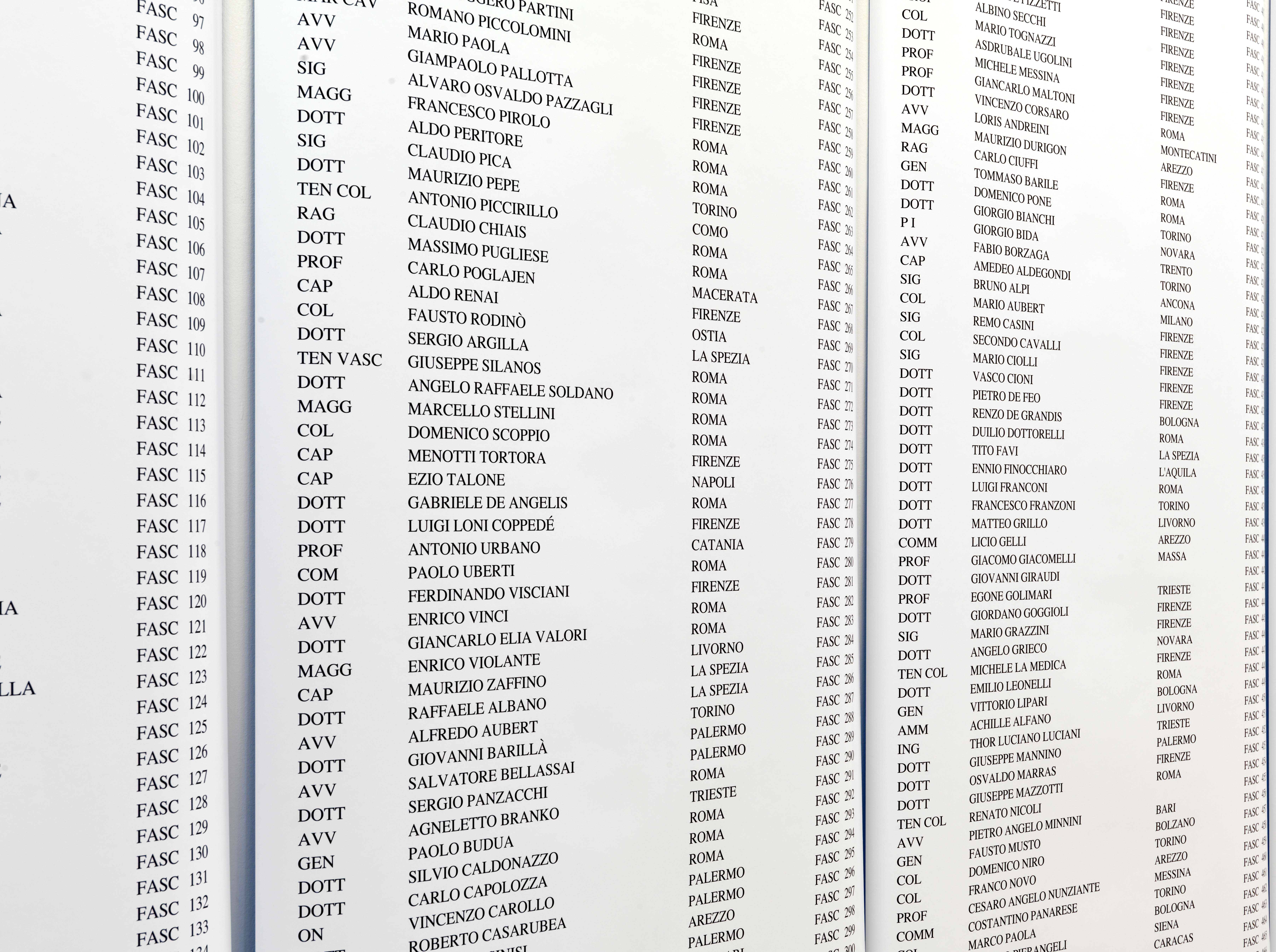 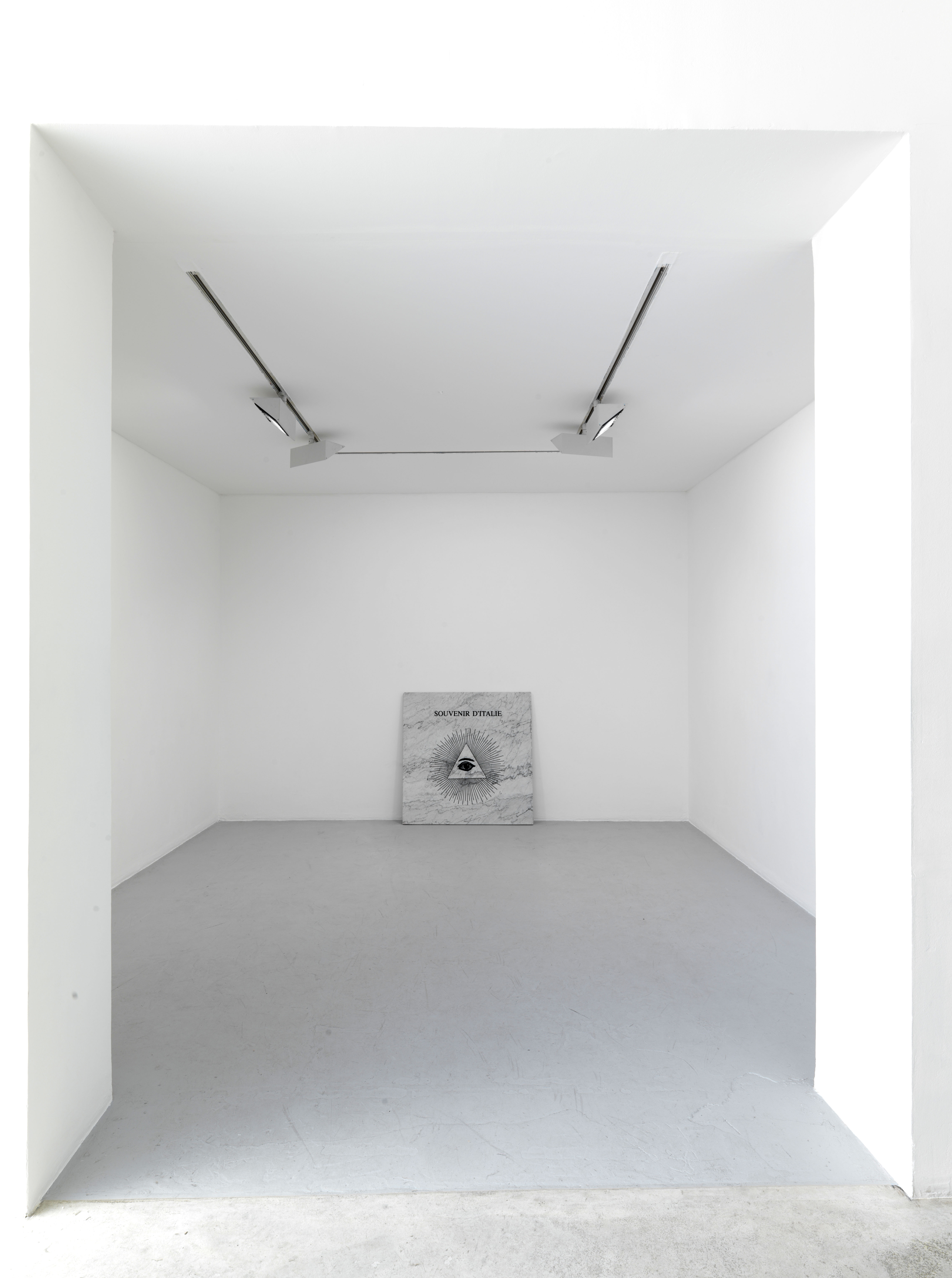 Luca Vitone (born in 1964, lives and works in Milan) first solo exhibition presented at the Galerie Michel Rein recounts two essential moments in Italian contemporary history: the proclamation of the Republic in 1947 and the advent of the “Second” Republic in 1994. The Italian Republic emerged from the Partisan impetus against Mussolini’s regime. The questioning, during the 1990’s, of the principles of the First Republic by the centre right political parties corresponds to the origins of the Second Republic and the “Piano di Rinascita Democratica” (Plan of Democratic Rebirth) written by Lucio Gelli for the Masonic lodge’s Propaganda Due.

The P2 lodge founded by Gilli consisted in a secret anti-communist association formed during the Cold War and dissolved in 1981 by the Spadolini government. This organisation counted over 900 members: politicians, journalists, businessmen, army members and secret service agents, aiming to materialise the “Piano di Rinascita Democratica”, a program aspiring to establish an Authoritarian State.
Founding element of the Second Republic, the P2, along with the mystery surrounding it, forms part of the collective Italian subconscious.

The exhibition at the galerie Michel Rein will present:

(In the year XVI of the Second Republic, in memory of its best Sons, Founders of the homeland, for their involvement and sacrifice, Italy dedicates this plaque). The second work consists of a square marble plaque onto which is engraved the title of the exhibition Souvenir d’Italie and accompanied by the Freemasonry eye of providence symbol.

- Two collages, mixing drawings, images and cartographic elements linked to the project, come together to complete the ensemble.

Luca Vitone began his artistic career in the mid 1980’s. His work questions the notion of "location", by inflicting on the beholder images taken from their memory, weakened by a permanent overload.

Luca Vitone explores the modes of identification of spaces by cultural production: art, cartography, music, food, architecture, politics or ethnic minority. Luca Vitone rethreads the link between the feeling of loosing space, which characterises post-modernism, and the manner in which a feeling of belonging appears at the confluence of a collective memory and personal recollections. He reinvents the forgotten paths to rebuild our indiviual geography.