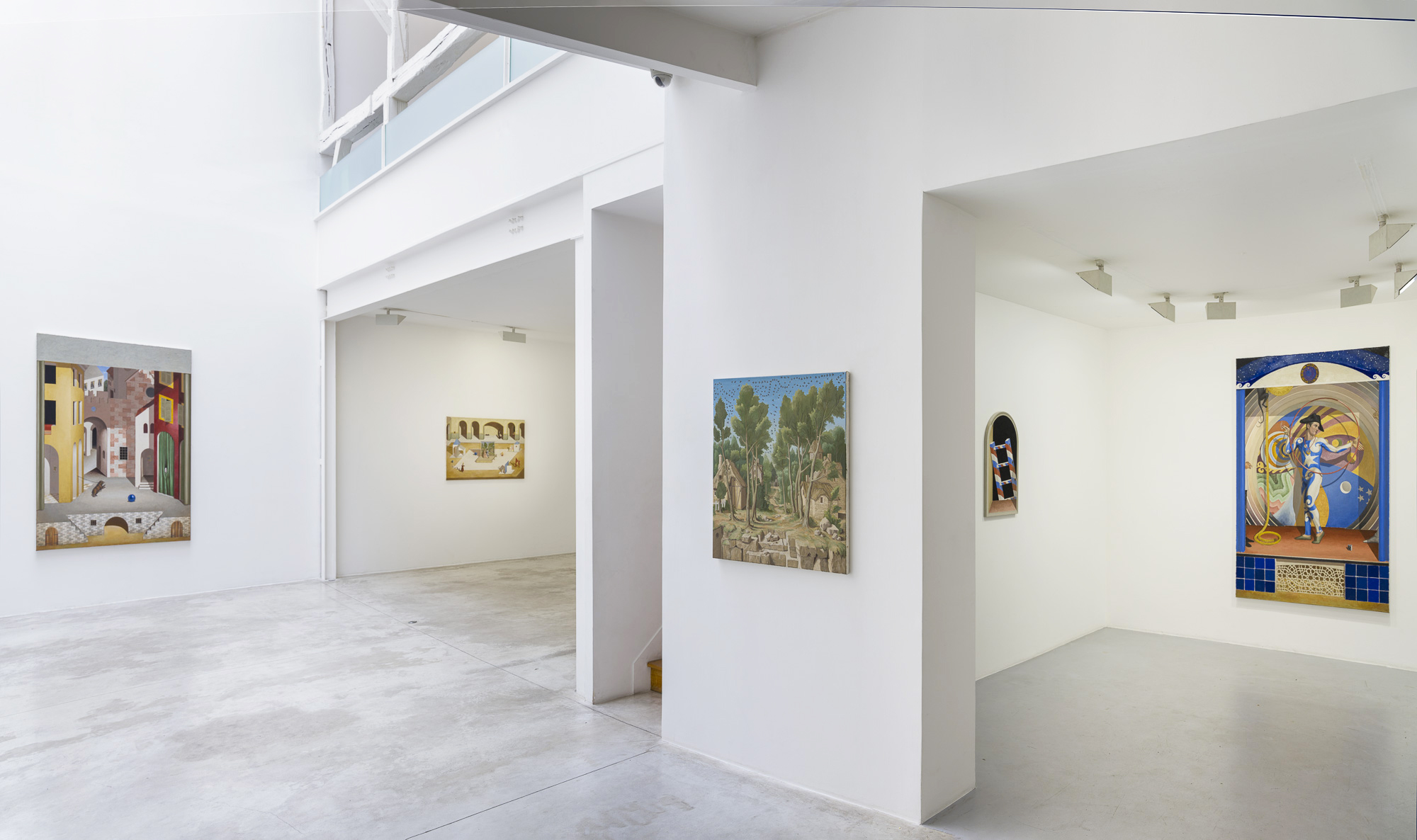 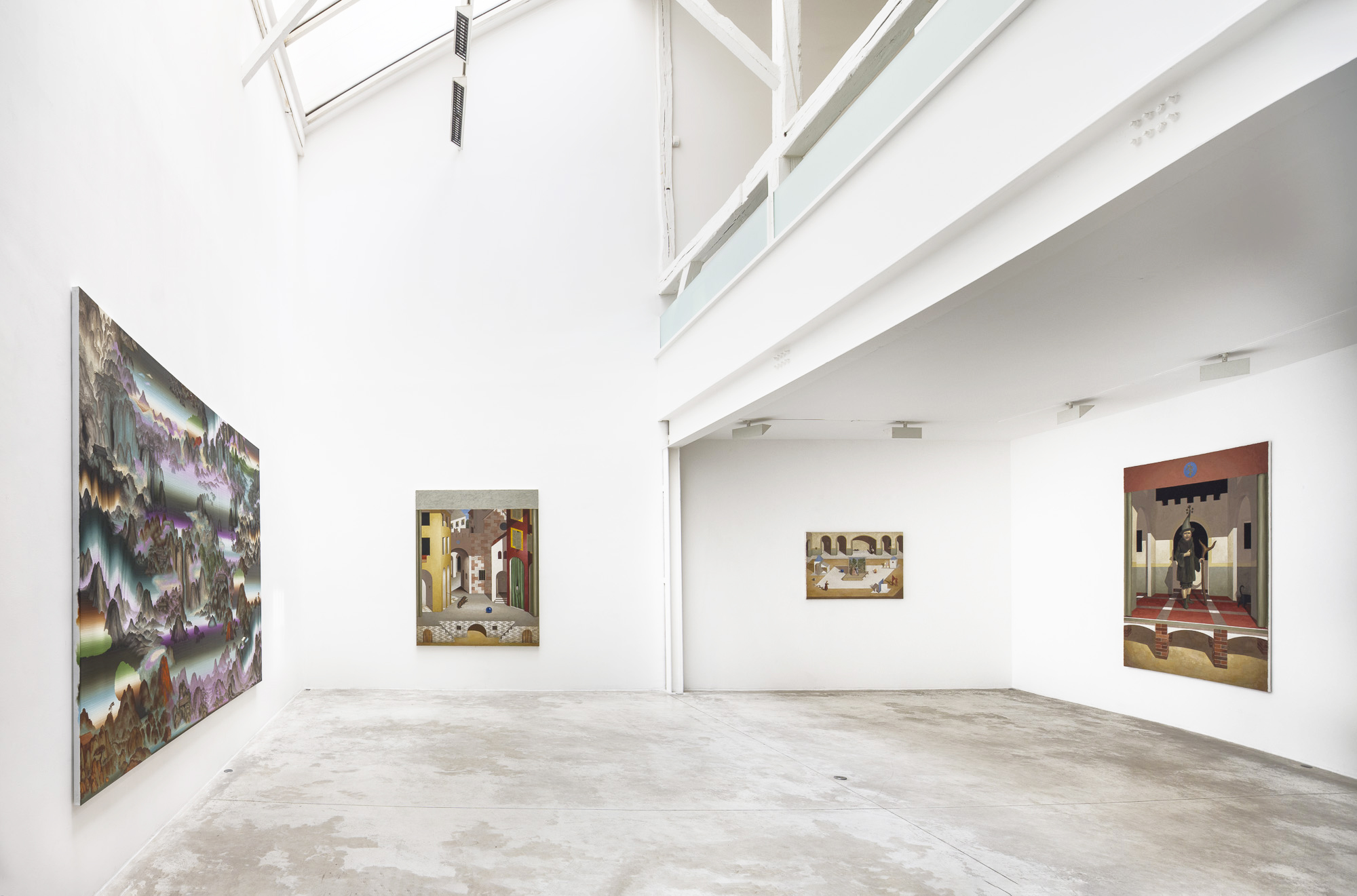 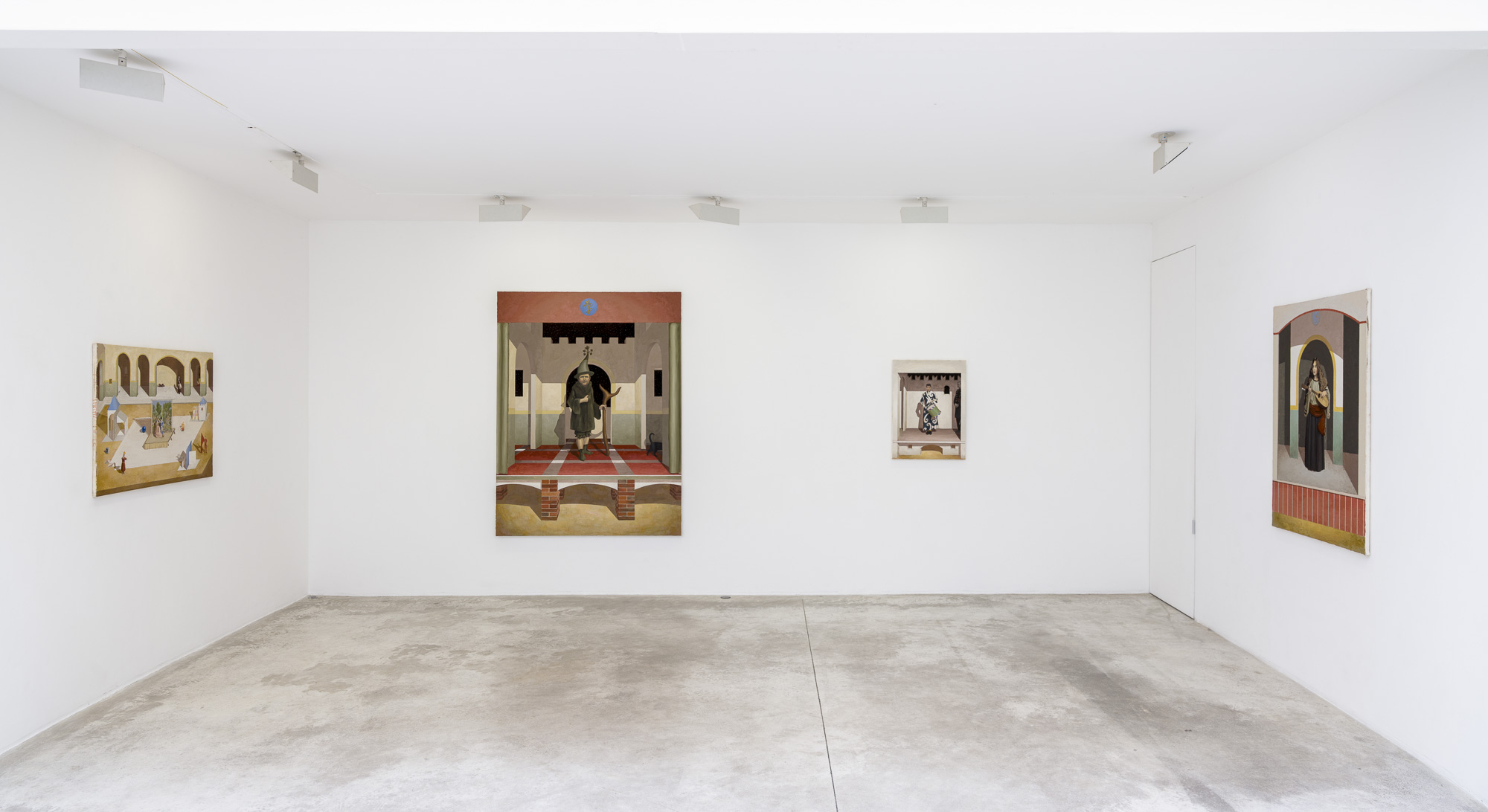 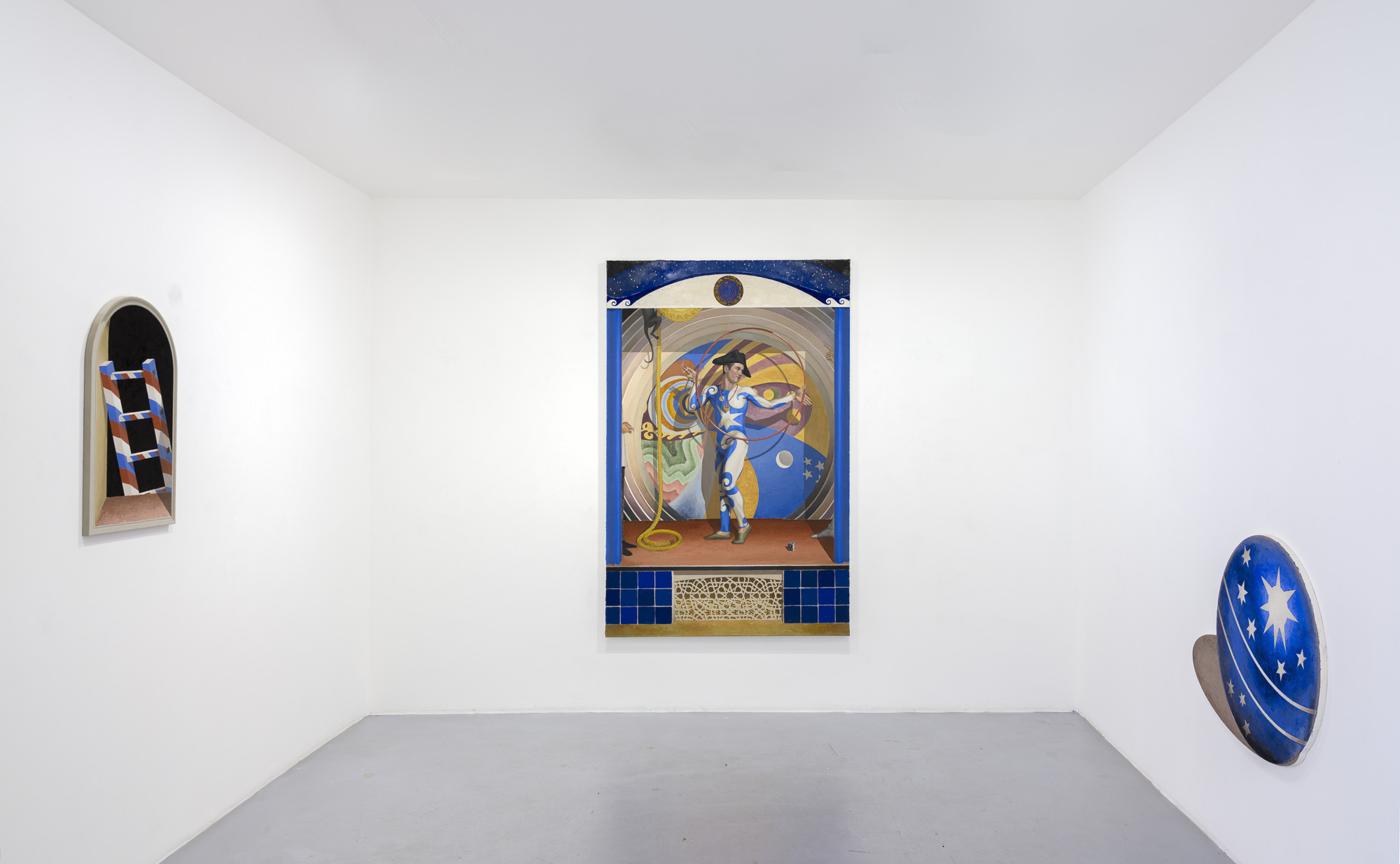 « Christian Hidaka explores pictorial space from all angles, without concerning himself with dogmas, navigating with disconcerting ease from one cultural era to the next.

The praxis of this London-based artist of Japanese origin in fact conveys a geographical and geometric offcentredness, in which the vanishing point inherited from the Italian Renaissance overlap with the oblique perspectives of classical oriental art.

At Galerie Michel Rein, Hidaka delivers a treatise on hybrid perspective, open to other directions and the many different possibilities offered by a broadened and transversal conception of painting. The picture (and by extension, here, the gallery) is seen as a “provisional space”, forever being questioned and traversed by differing pictorial languages. Made with casein-based tempera, in the manner of Renaissance painters, but also of the Neolithic, as illustrated by the frescoes of Çatal Höyük in Anatolia), Hidaka’s compositions stem from a logic involving associations and collages. As on a theatre stage (a recurrent motif in his work) or in a virtual grid which seems to map out both his imagination and a complex history of representations, he arranges motifs and figures borrowed from various periods, styles and art movements. He is forever re-introducing, and redeploying elements from one work to the next, like in a great interplay of reminders and tracks. In the exhibition we thus find fragments of the stage curtain designed in 1917 by Picasso for the ballet Parade (a drum, a three-coloured ladder, and a “celestial ball”), Chinese mountains inspired by the painters of the Song dynasty (10th century), the forest from a famous Sebastiano Serlio print engraving linear perspective (16th century), trapezoid constructions taken from a treatise on geometry by Joshua Kirby (18th century), the atmosphere of Giorgio di Chirico’s metaphyiscal landscapes, and Picasso’s –yes, him again-caricature of Guillaume Apollinaire as an Arthurian wizard.

Set in the midst of an ubiquitous architecture, these samples operate like signs or, to borrow a word used by the artist, which gives a glimpse of the magical relation he has with art and its icons, like “talismans”. The erudite posture and technical virtuosity of Hidaka’s anachronistic collages actually contain a more occult dimension. In his work, the practice of painting might be related to the art of memory, a technique of “places” and “images” used by the orators of ancient Greece to remember their speeches. In the Renaissance, the English scientist and mystic Robert Fludd (1574-1637) came up with a hermetic version in the form of theatres using the harmony between macrocosm and microcosm, whose crenellated shapes, it just so happens, are used as décor in some of the artist’s works. »