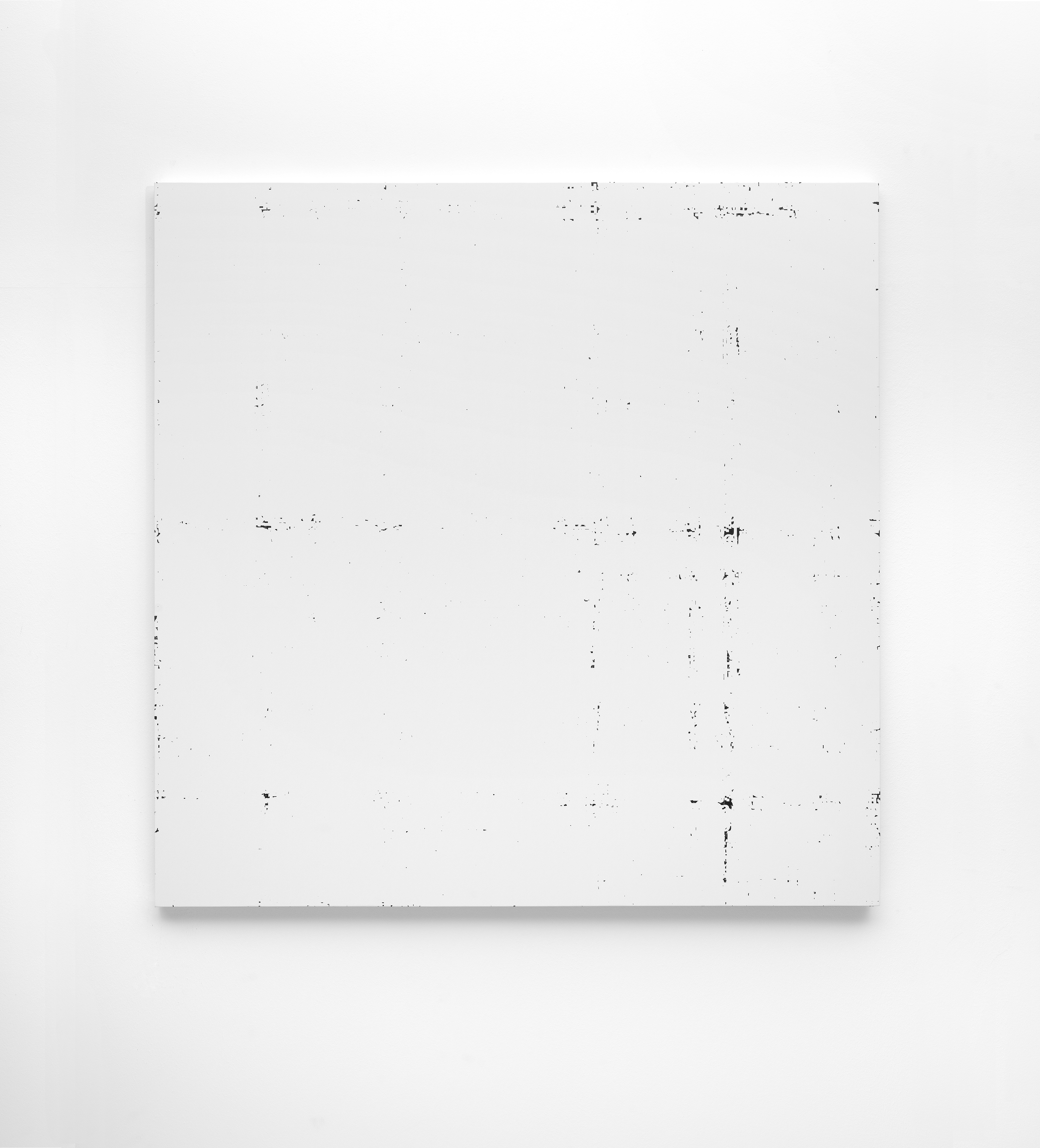 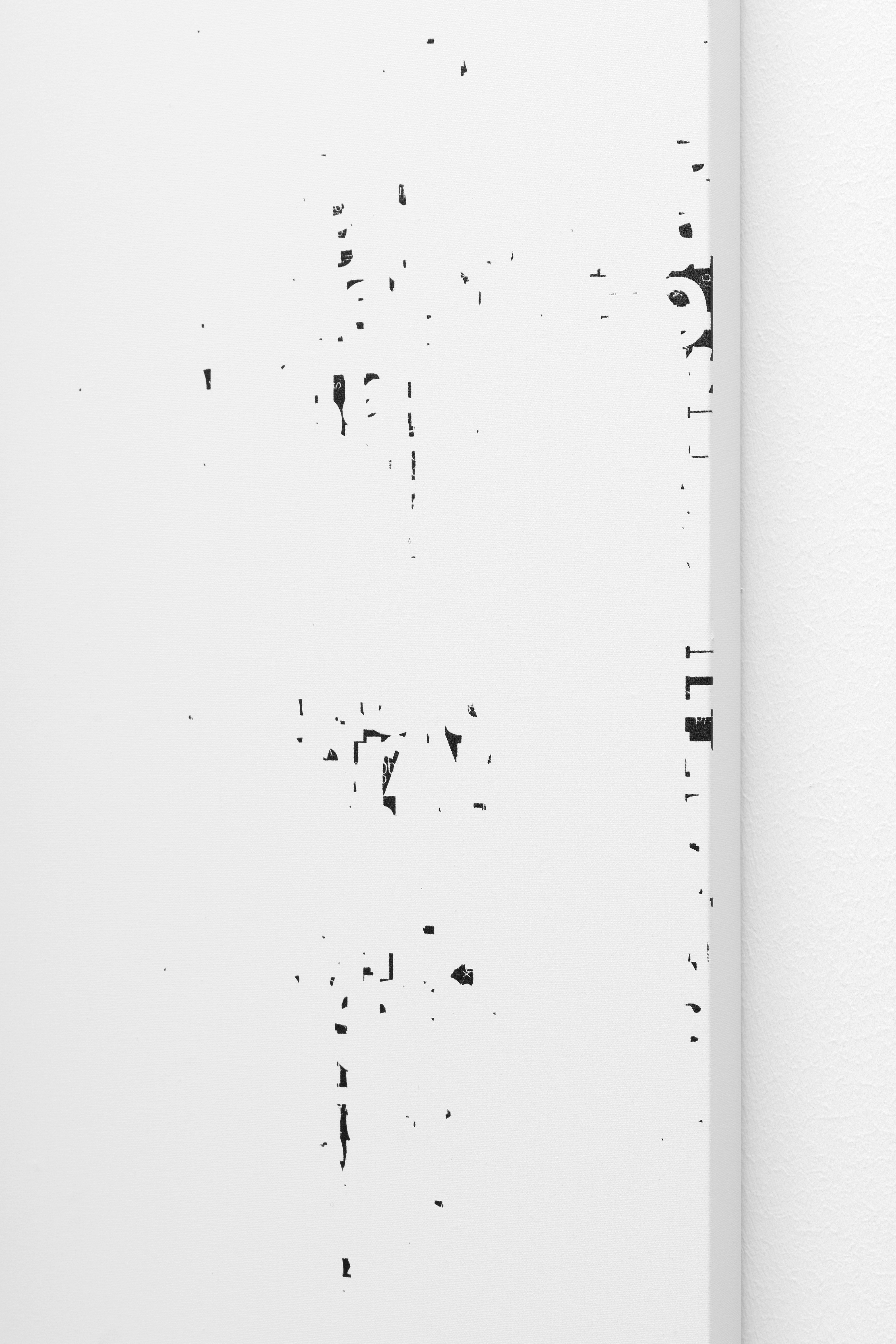 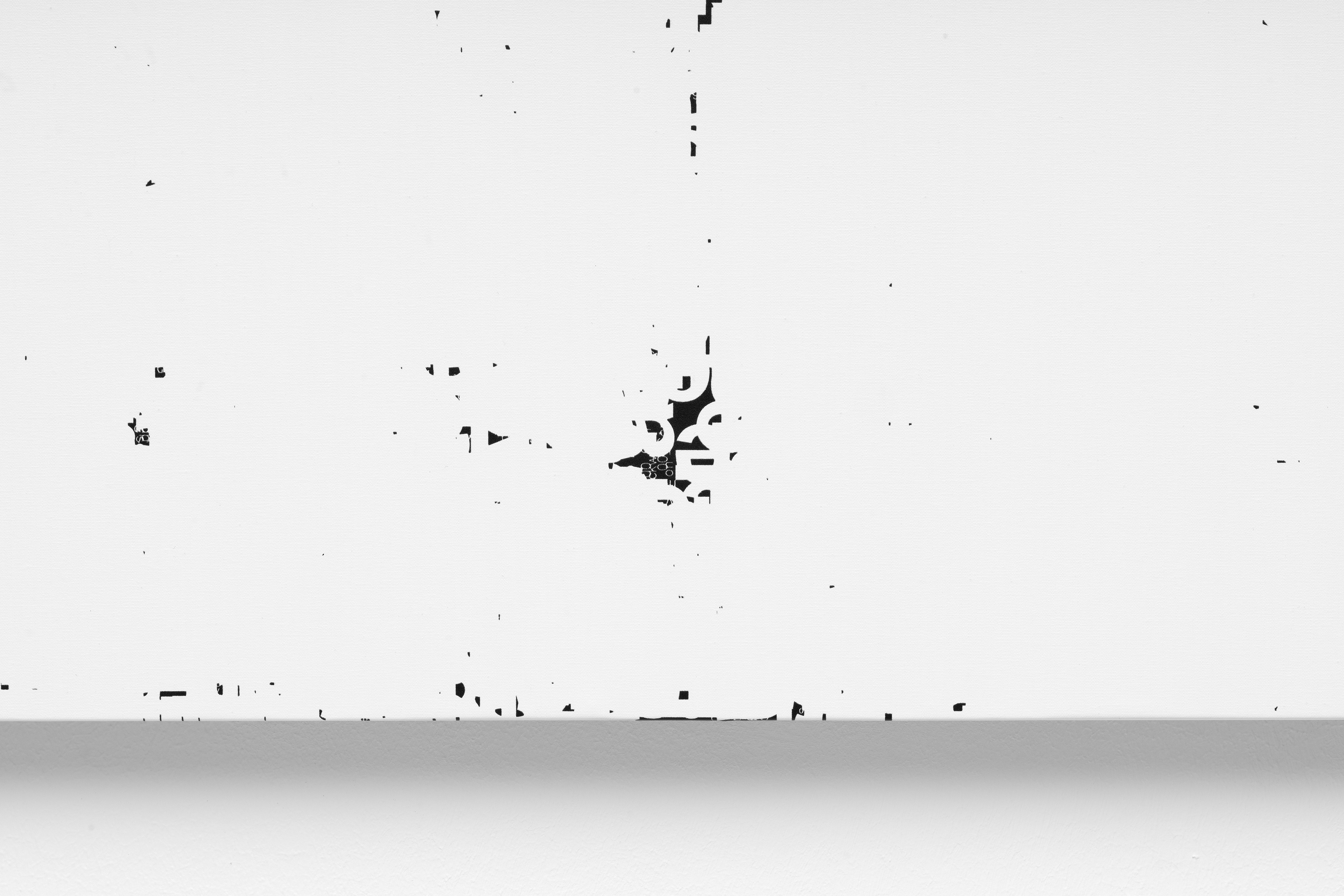 Michael Riedel is one of the most influential artists of his generation and has recently had two major surveys at the Kunsthalle Zürich (2017) and at Frankfurt’s Museum Angewandte Kunst (2018).

Last year, the MNAM-Centre Georges-Pompidou acquired a series of his works, currently on view in the Museum’s fourth-floor gallery.

According to Riedel, any text describing art supplies might be used as raw material for its latest serie Art Material, which he likes to call « undefined art material ». The artist makes use of open access informations available on different art supplies store’s websites, that will soon be selected, edited and transposed on canvases in order to create a series of artworks that endlessly dialogue one with the other.

At first sight, these monochrome-like artworks seem to invite the viewer to get closer to the pictorial surface, revealing the density of informations existing on the canvas. The act of selecting informations from digital content lies on a sort of voluntary constraint edicted by the artist, embracing the importance of randomness made possible thanks to the « select all » command of the graphic software he works with. Selected text areas are giving birth to a new kind of visual language and illustrate the overloading process essential to his work.

Through the Art Material series, Riedel generates a continuous process of elaborating new visual forms, allowing to see as a result  a set of images carrying each one its own dynamic.