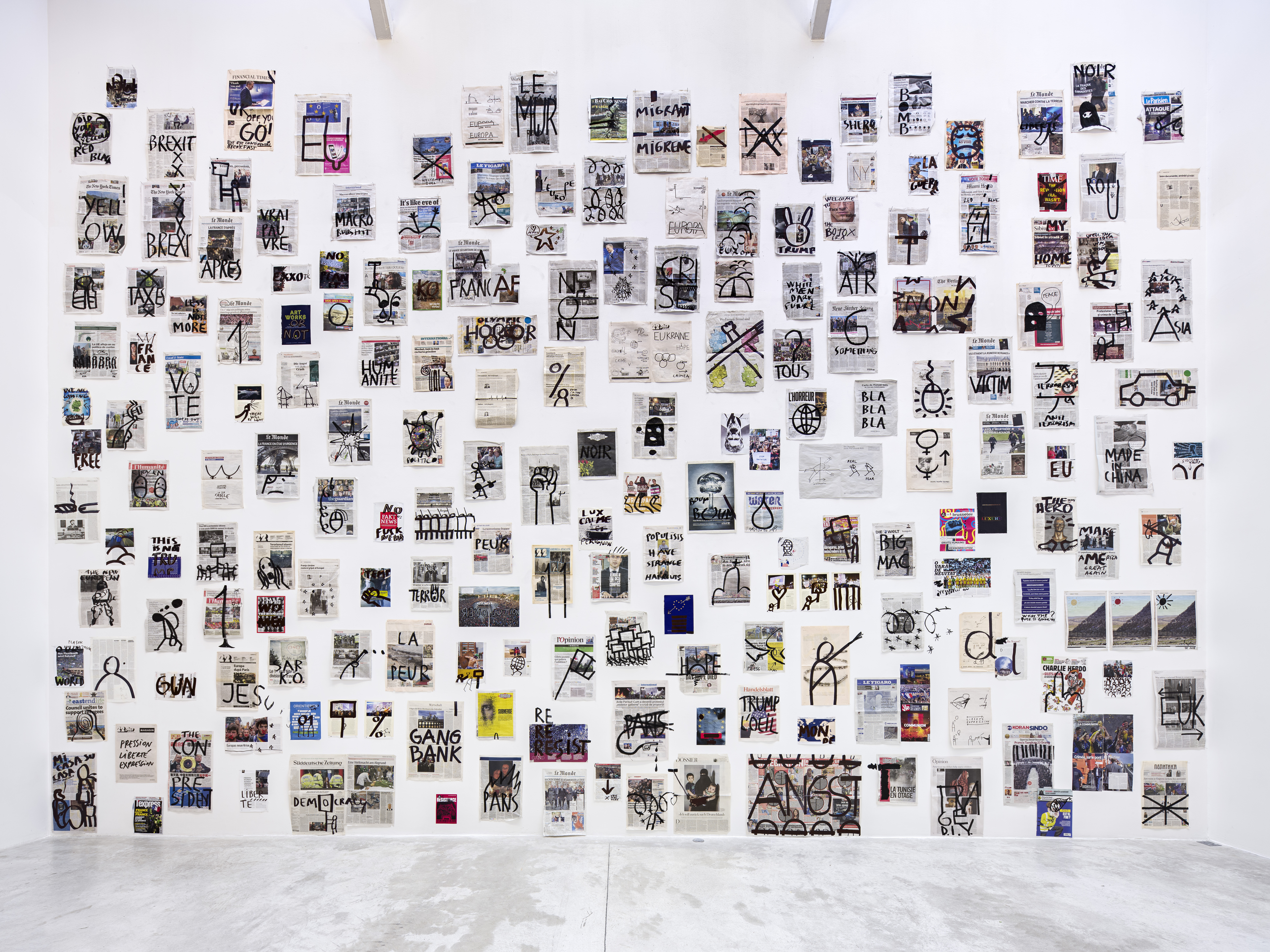 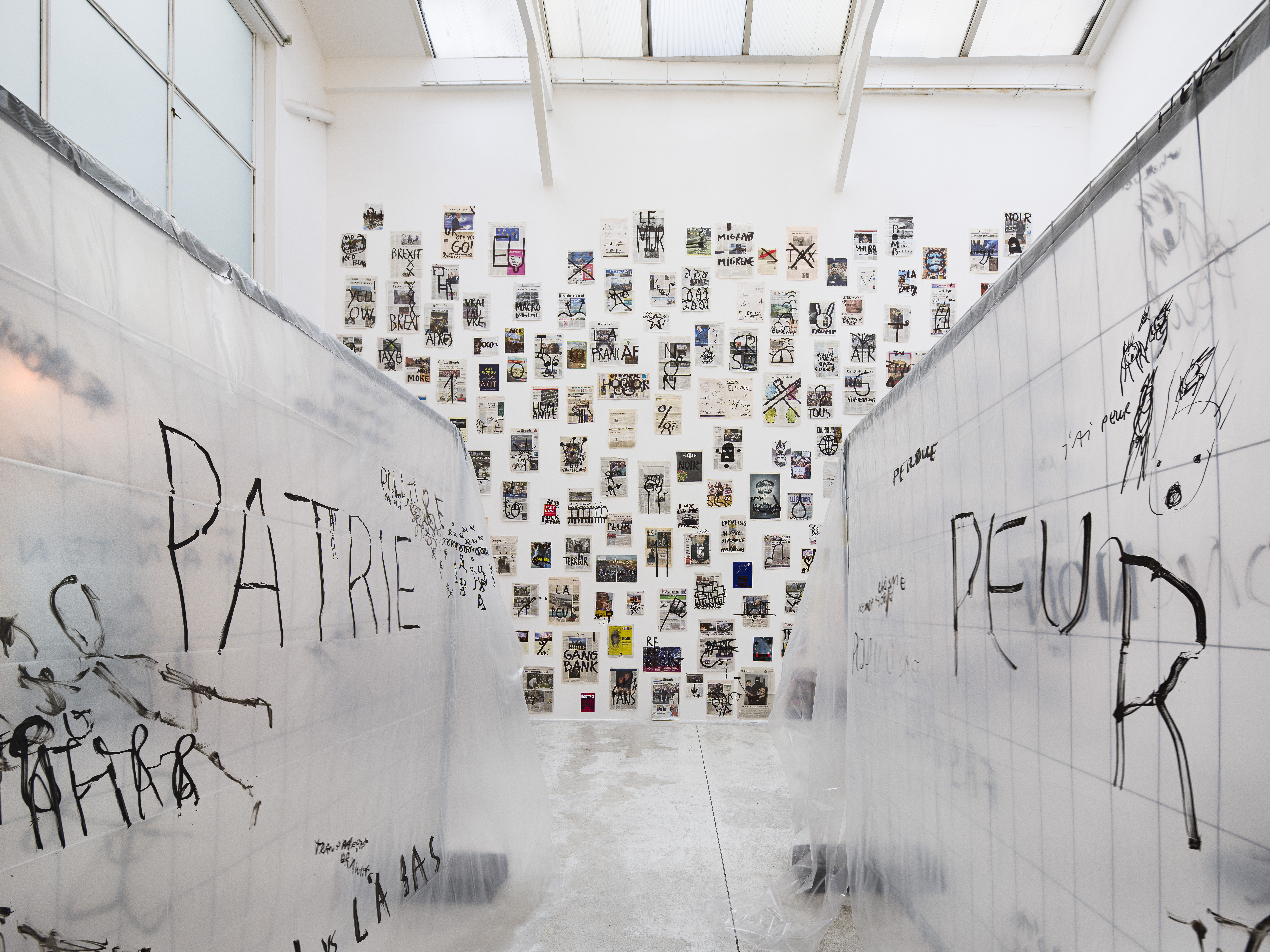 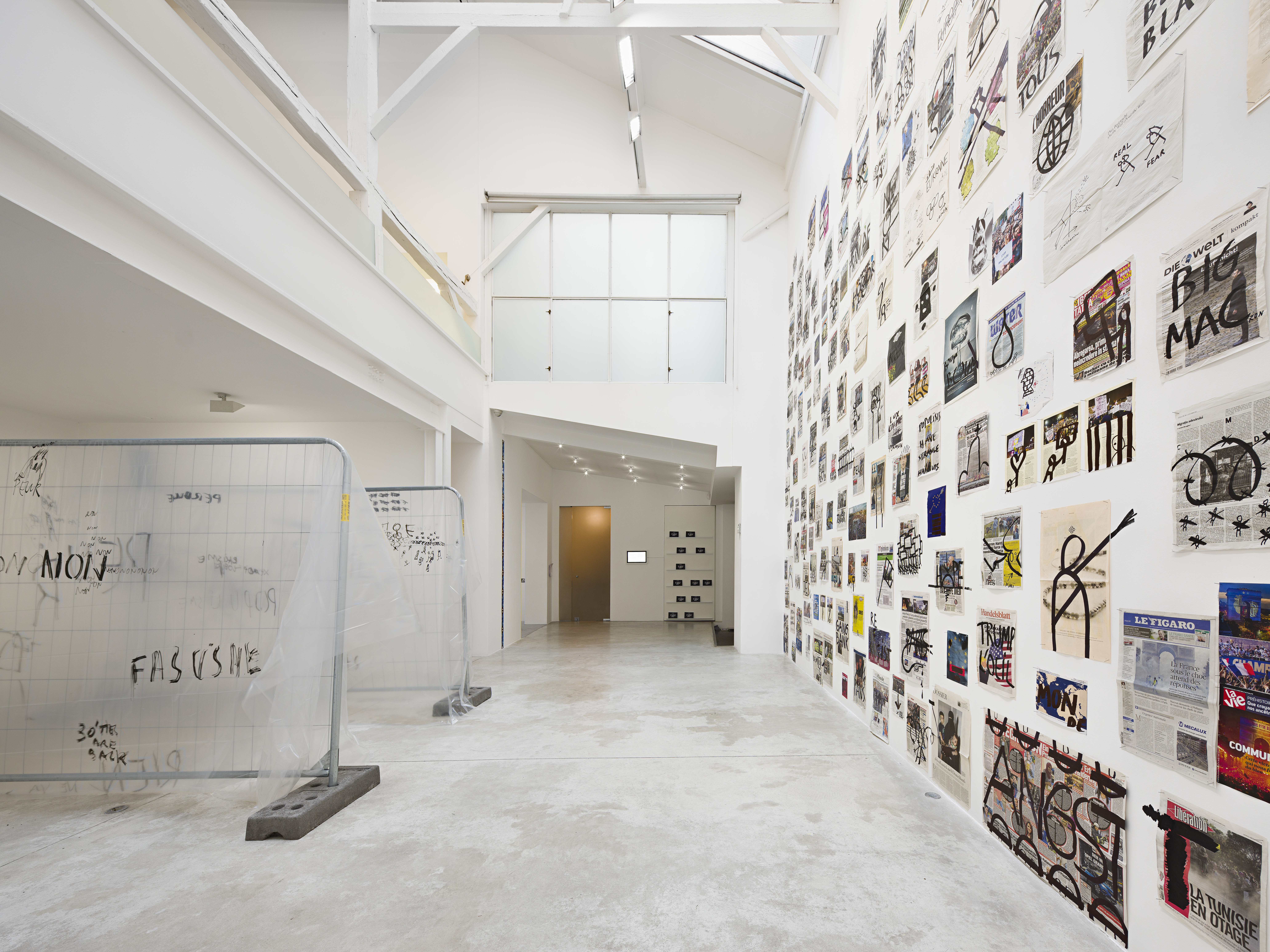 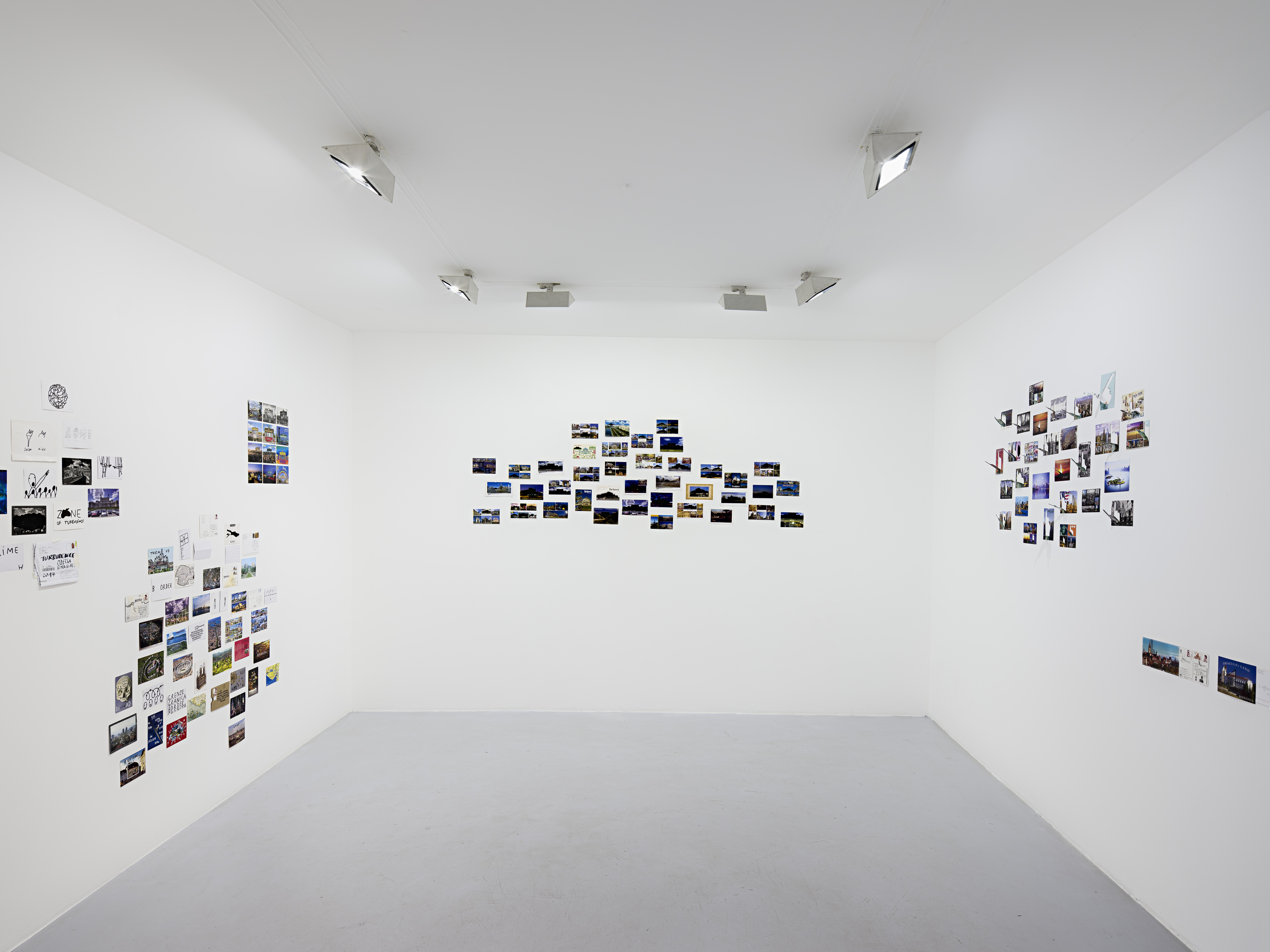 Dan Perjovschi regularly makes news with his drawings, which he scribbles on the walls of museums, art centres and galleries. His works, combining word play, graffitis and sketches, offer sarcastic and humorous commentaries on international news and his immediate surroundings.

Dan Perjovschi’s works raise questions about the artistic industry and the political context of the countries he exhibits in. His drawings’ simple but vibrating lines reveal the inner paradoxes of the Western value system. His institutional critique is often ironic, and his wall drawings, visible during the duration of his exhibitions, are covered or erased afterwards. Dan Perjovschi operates outside the established art market system. His works are created as part of performances during which he repurpsoses and recombines motifs that he has already used, readjusting them according to the latest news and the exhibition space itself. Dan Perjovschi’s drawings are thus part of an open-ended project, which allows him to show his works from one place to the other and from one support to the other.

The exhibition’s title et the works presented here evoke the building of new walls and barriers on borders everywhere, representing increasingly insurmountable obstacles to the free movement of people.

Dan Perjovschi is presenting works produced in Poland as part of two projects bringing together Russian and Ukranian artists, whilst a new series of works will be inspired by French current news, and in particulary by the “Gilets Jaunes” movement.

Dan Perjovschi said about the exhibition:

« I was born on the side with no graffiti of the Berlin Wall. I grew in a half of Europe without freedom of expression. The fall of The Berlin Wall in 1989 was monumental to me. Romania was the last piece of the domino to fall, and fall with blood and victims but a dictatorship who fell. It is very depressive for me to see today new walls popping up in Europe and everywhere in the world. On barbwire walls one cannot do graffiti. During the dictatorship the only way for me to travel was trough mail. I was part of several mail art networks. Today I am still passionate about postcards crossing borders… hand writing, personal message, stamps, personal touch. On every square meter of wall I am given to exhibit I celebrate the freedom of expression I have. Now, here in Europe. The Parliament Palace in Romania is surrounded by a wall who cut out of the city a possible public park. The symbol of Dictatorship who became a symbol of Democracy is still cut out of the citizens. As if the leaders are afraid. Are they? The exhibition is a meditation about walls… about humanity about our society in 21 Century. Every page of a newspaper is a wall. A mobile wall. Good for drawings. Good for political statements. A wall of newspapers is a wall of views on the world… Can we do make the walls transparent? Can we make them pages of free expression? »