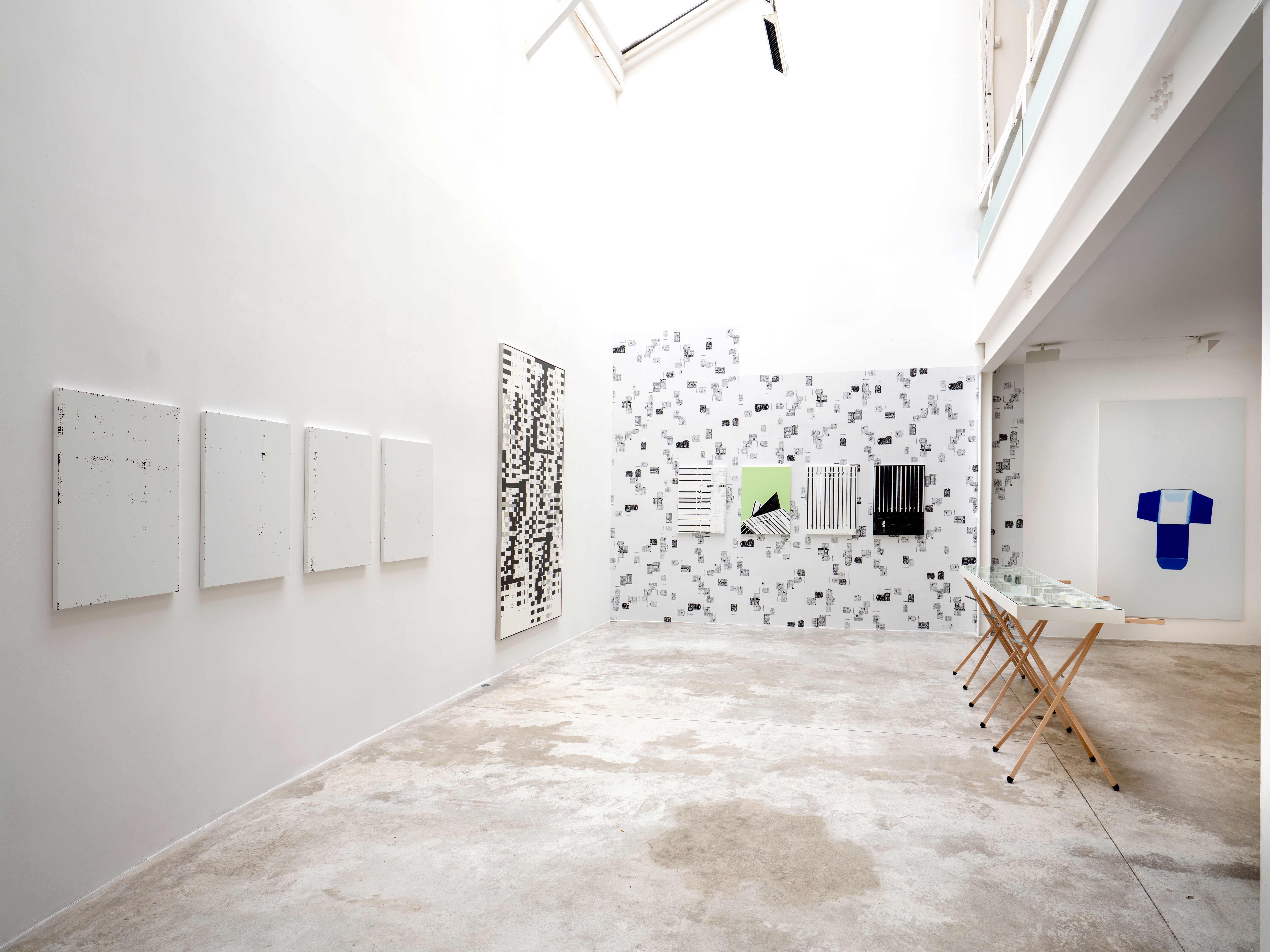 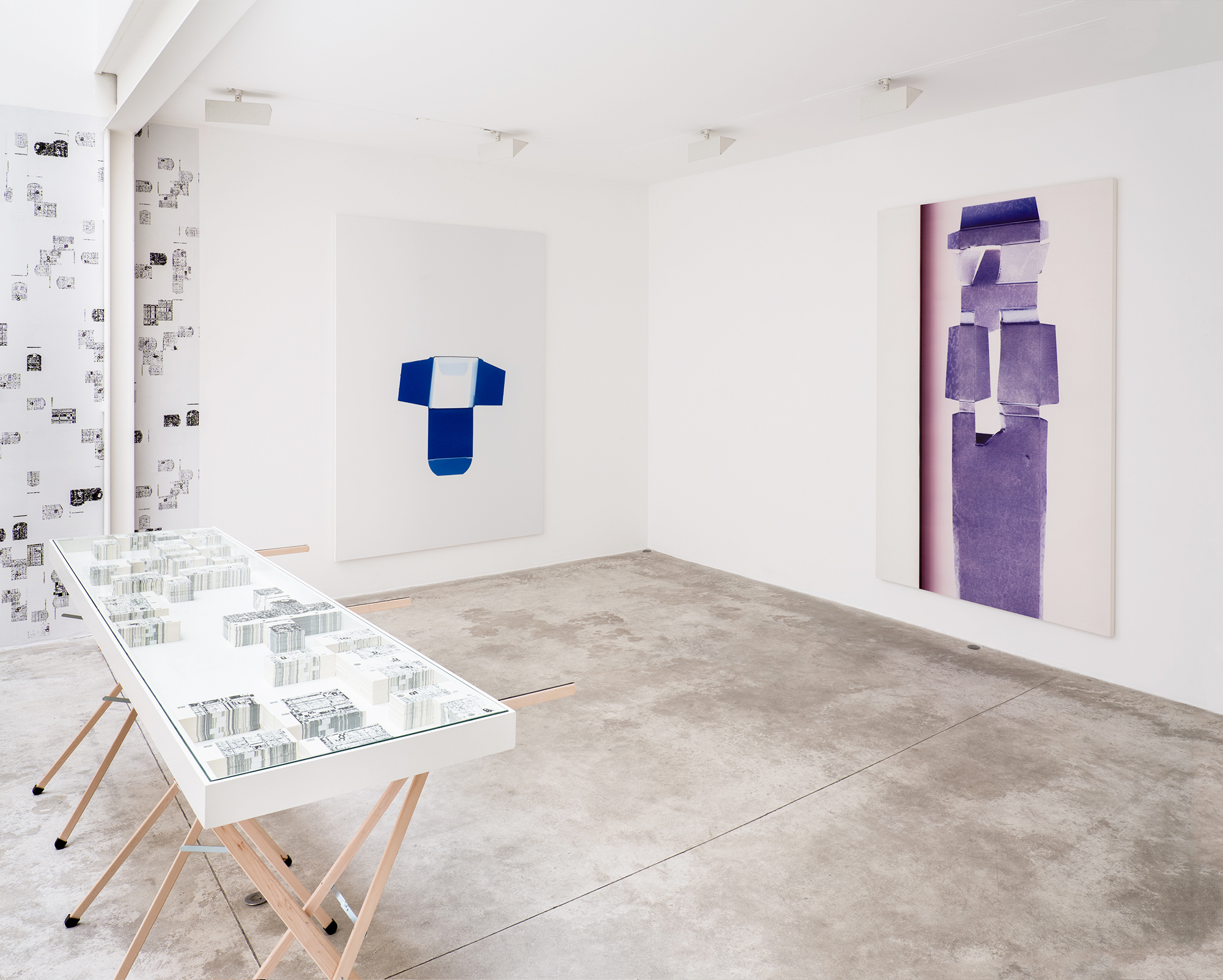 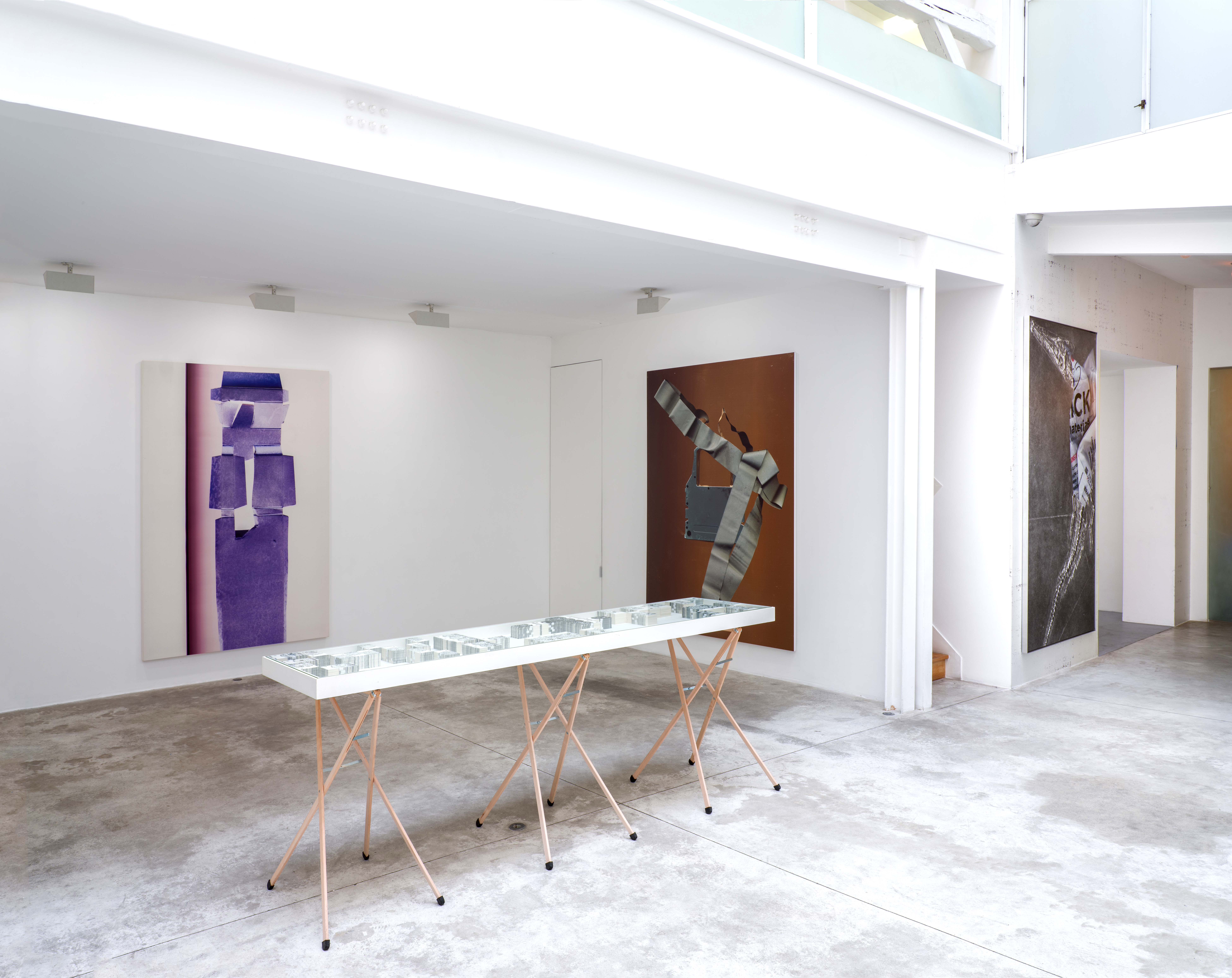 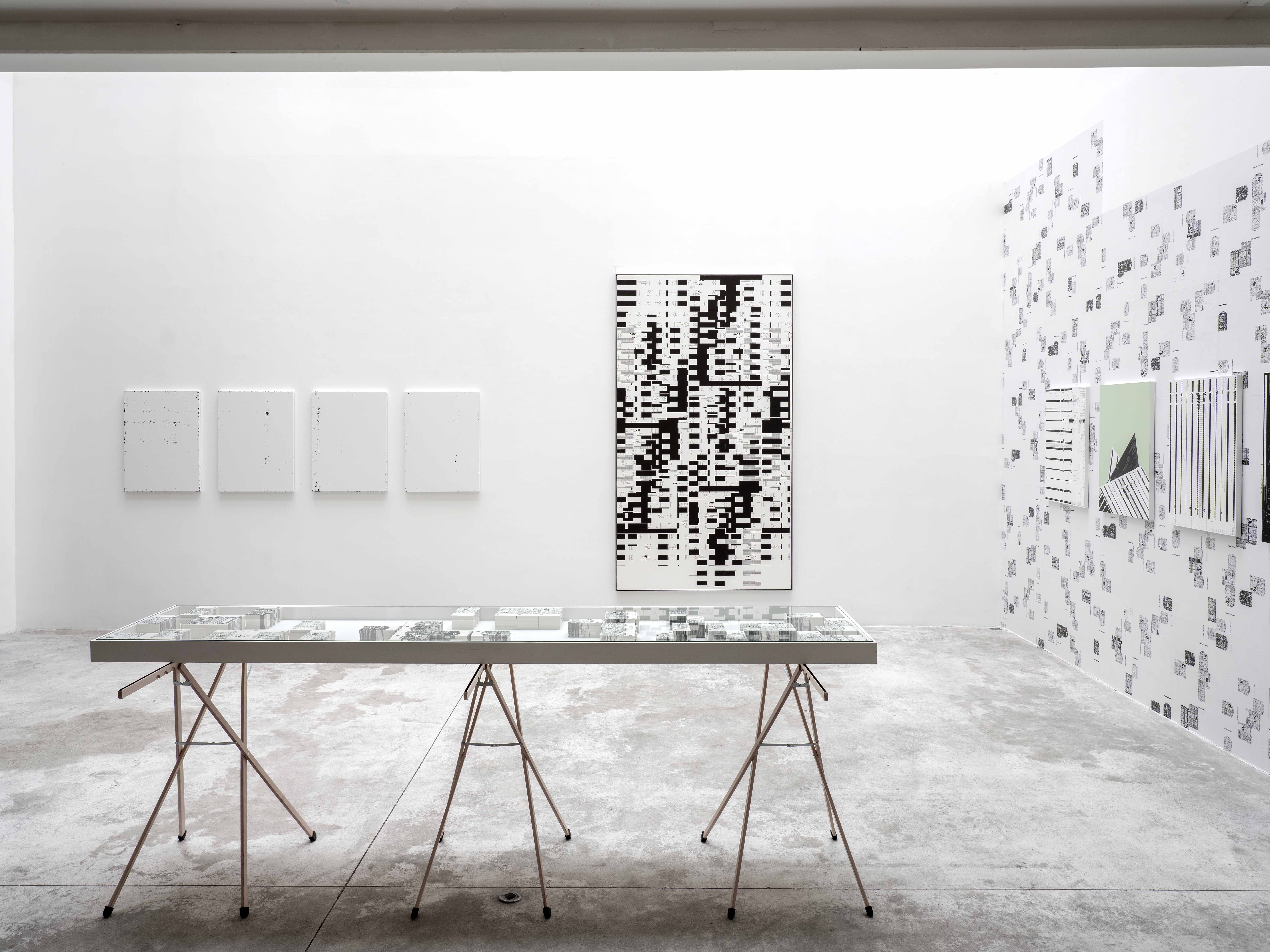 Michael Riedel is one of the most influential artists of his generation and has recently had two major surveys at the Kunsthalle Zürich (2017) and at Frankfurt’s Museum Angewandte Kunst. Earlier this year, the MNAM-Centre Georges-Pompidou acquired a series of his works, currently on view in the Museum’s fourth-floor gallery.

[FIACER]… brings together works produced in 2017 and 2018.
The title and outline of Michael Riedel’s exhibitions are always significant. By conjugating the word « FIAC », the artist explicitly references one of the world’s foremost contemporary art fairs, continuing his research into the notions of communication and linguistic interpretation and linking his exhibition to a key event in the French contemporary art market. Riedel exemplifies this connection by filling the exhibition showcases with bundles of bills, printed on banknote paper provided by the Deutsche Bundesbank and available for sale. The artist’s black-and-white money upsets the established economic framework by replacing the banknotes’ exchange value with code. Riedel’s aesthetic research has focused on the re-appropriation of certain elements of language, presented under one of their many potential declinations: at the heart of his practice, this approach exemplifies his view of art as a space for both the possible and the real.

In order to break away with conventional forms of spatial delimitation, Riedel has covered the gallery’s floors and walls with silkscreen prints, raising the possibility of extending the scope and reach of the artwork. This spatial expansion triggers an open-ended process of elaboration, giving life to a series of images animated by their very own dynamics. The series including the work Untitled (Printed Accessories for Anitech M90) depicts typewriter ribbons symbolizing Riedel’s transition from text to image, a fundamental part of his creative process.