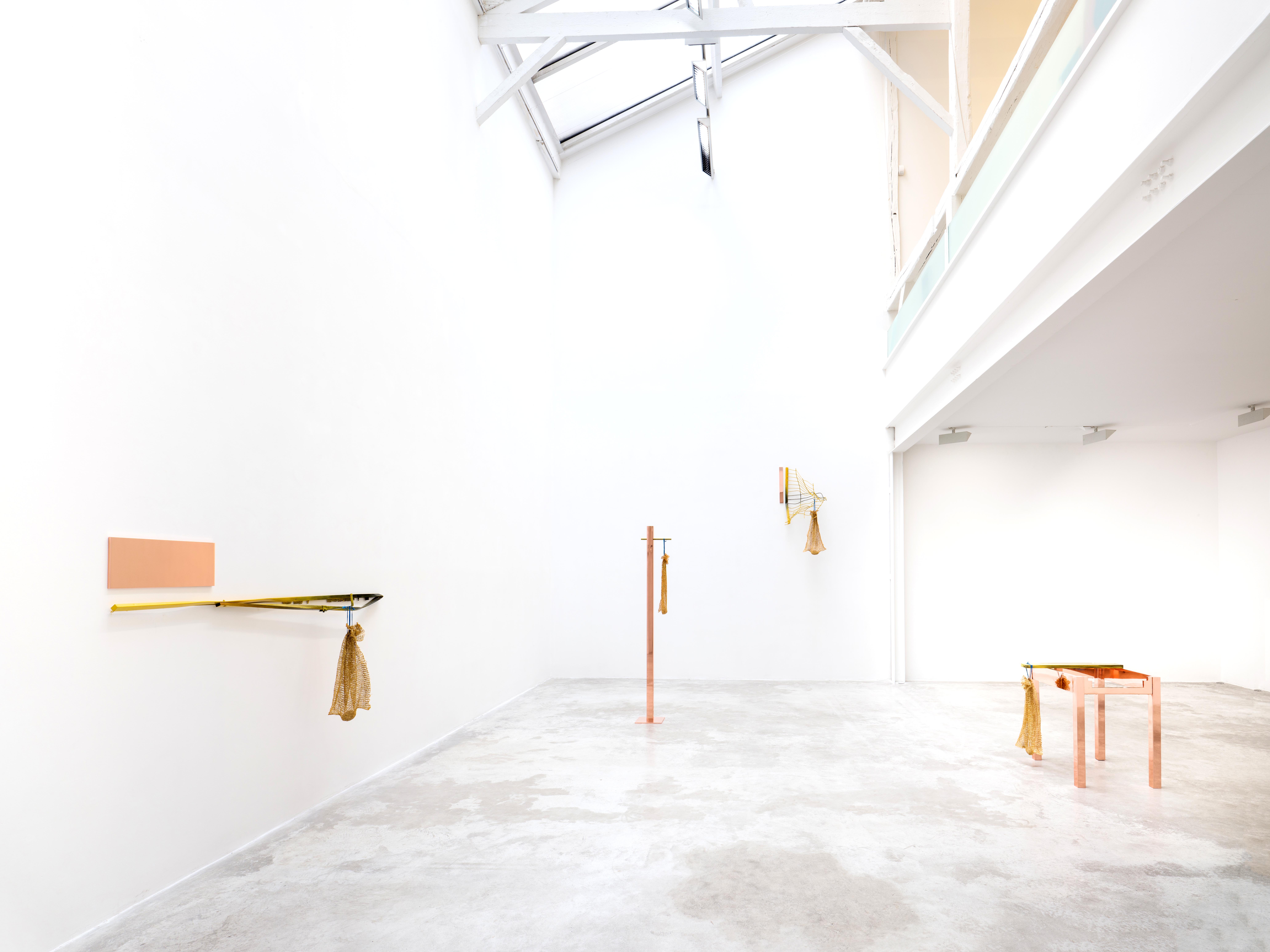 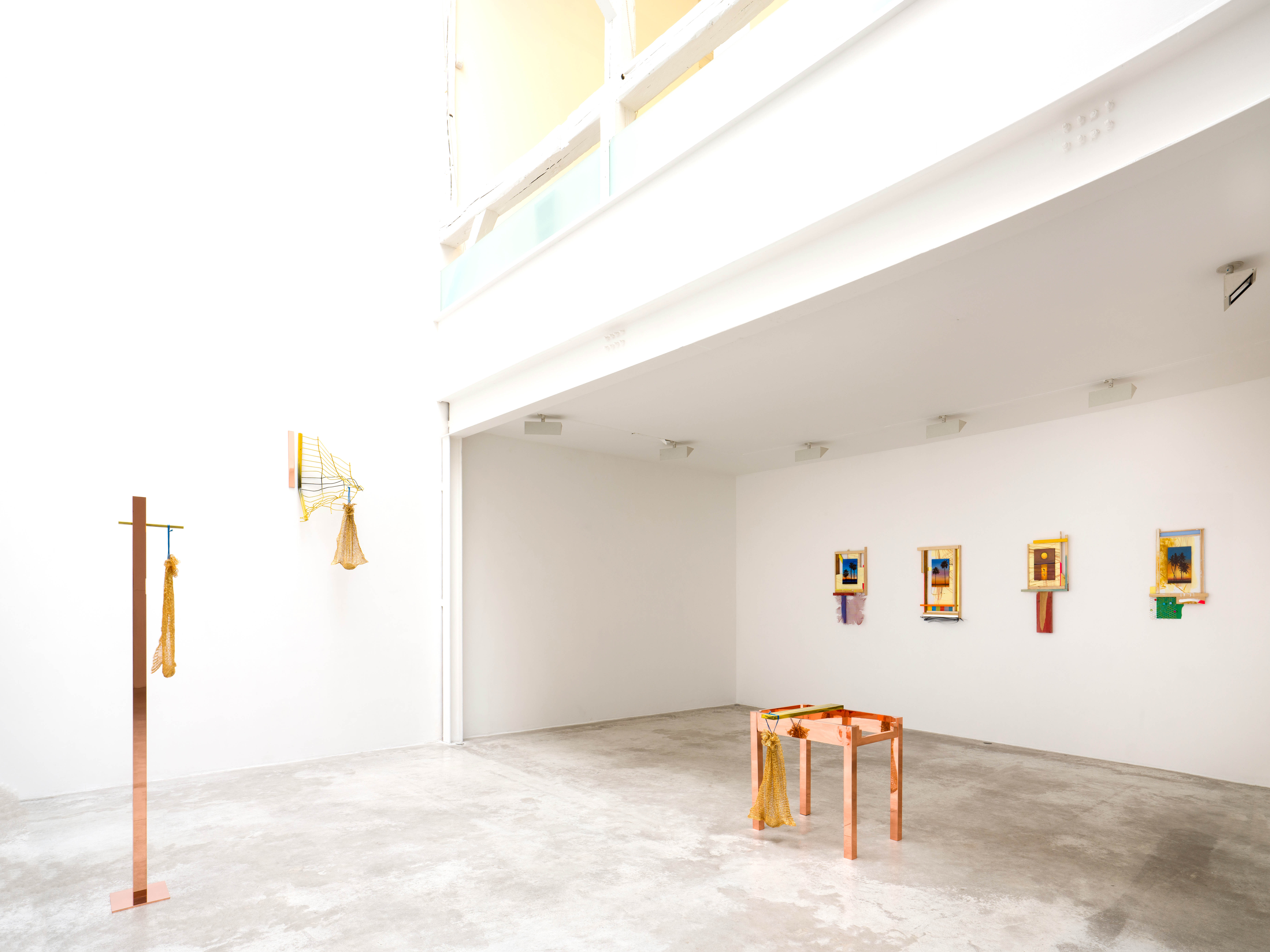 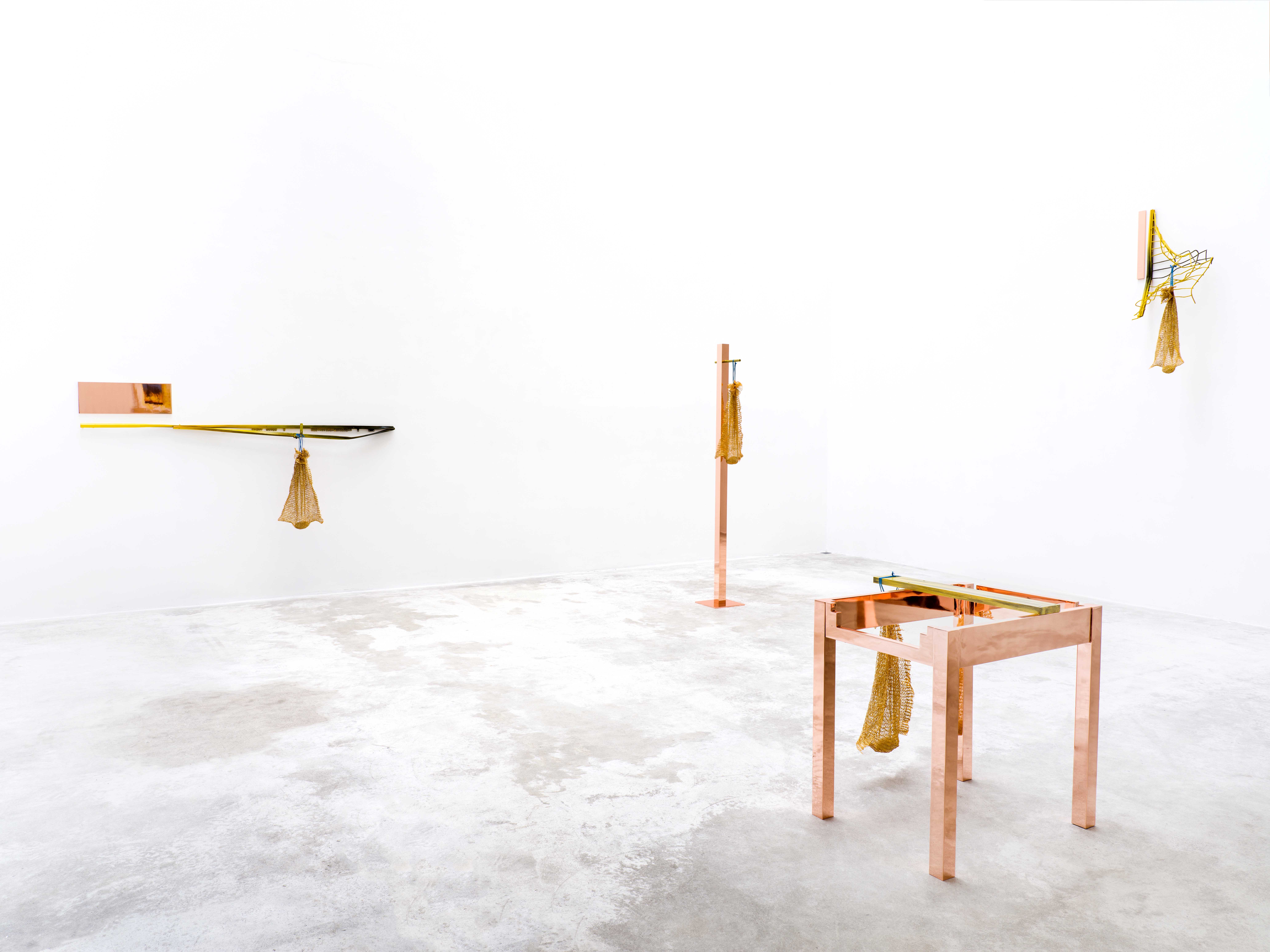 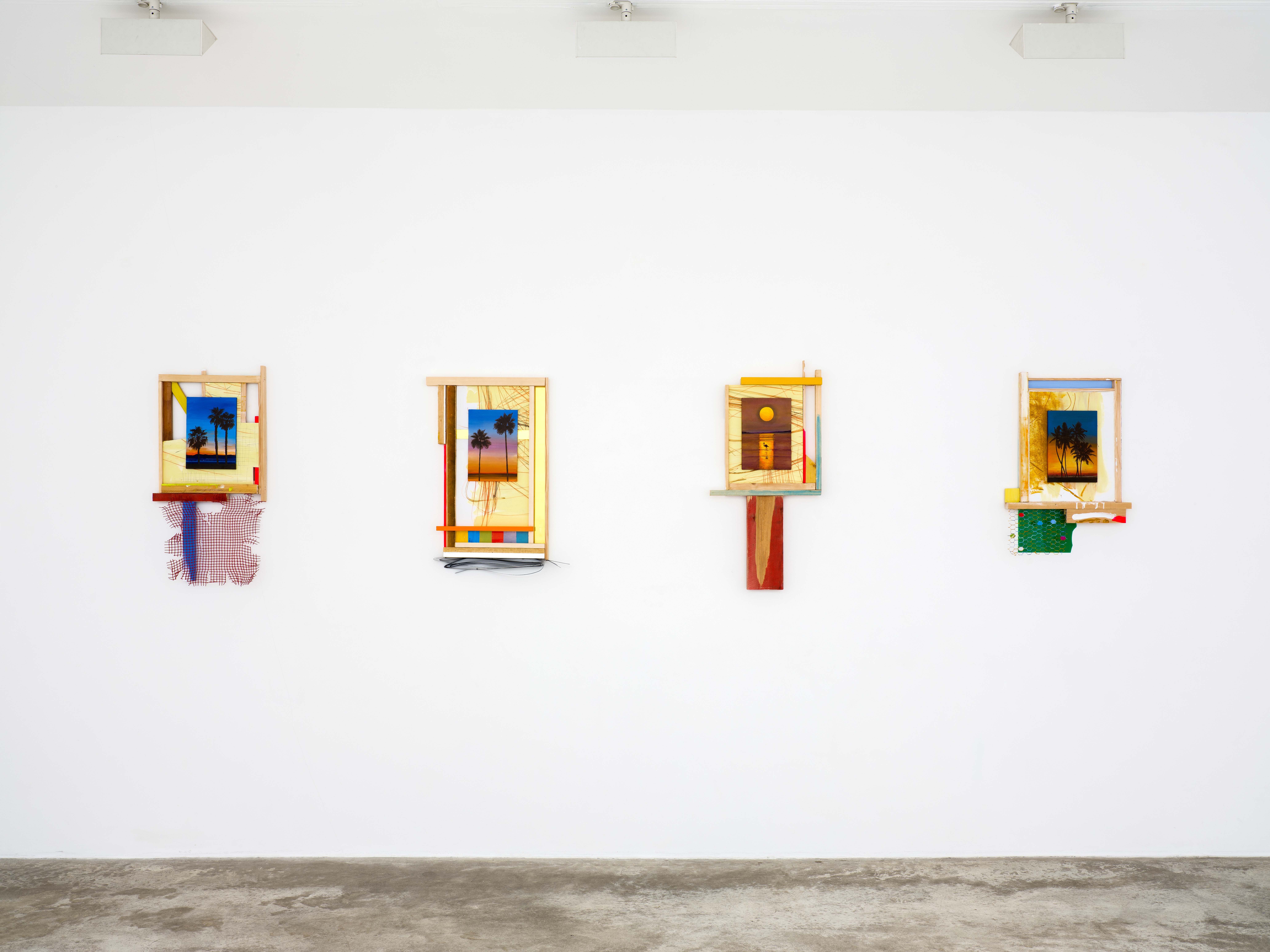 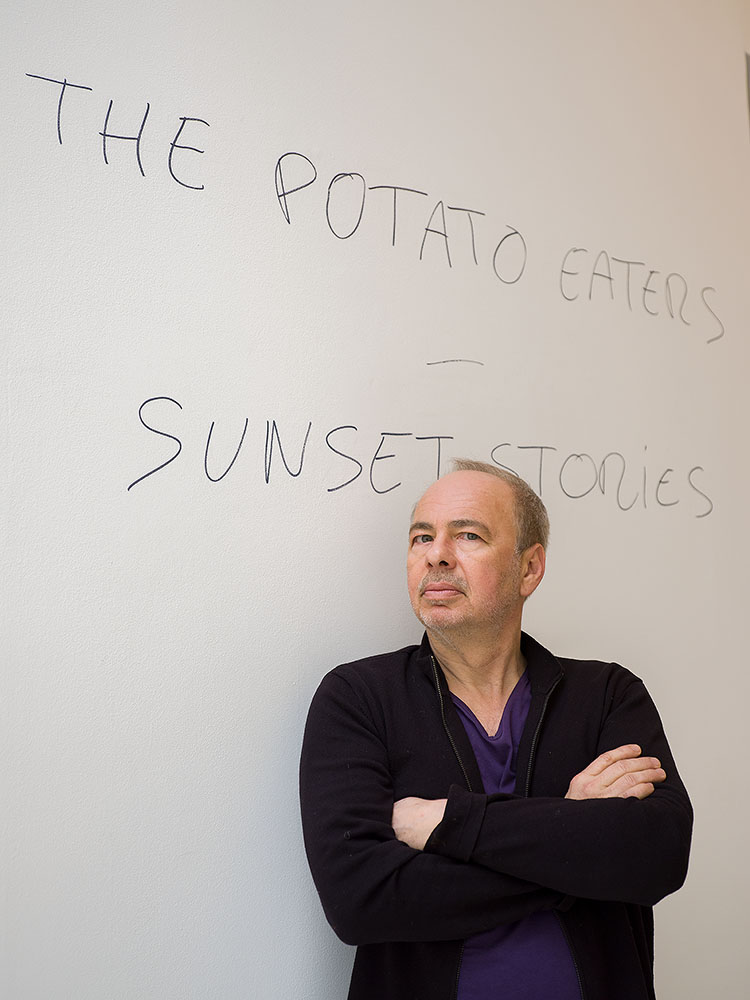 What would be the common denominator between a Van Gogh painting and the photoshopped image of a sunset published on Instagram? Franck Scurti’s exhibition gives us some answers.

As announced by its title, the exhibition “The Potatoes Eaters [hp1] / Sunset Stories” is built around a double dialectic.

On one hand, The Potato eaters (1885), the famous painting by the Dutch artist, depicts a farmer family gathered around a potato dish under the greenish light of an oil lamp. In order to highlight the scene and give some shine to the farmers, Van Gogh had thought to ornament the painting with gold and copper. We know that for the painter, metal and paint have intricate relationships: the gold of the sun and sunflowers, of copper-colored wheat fields. Franck Scurti intends to ennoble this gloomy, heavy and dark painting with a series of “hyper-produced” sculptures made with manufactured materials. The potato net, hanging on glimmering and glossy copper objects (table, beam) is now covered with gold leaves.

On another hand, a fantasized imagery, that of Instagram and its artificial saturated sunsets. Scurti meticulously reproduced these dreamed landscapes, so far removed from Van Gogh’s closed and dark depiction. Another type of misery is made visible here, that of poor imagination. The small paintings are mounted on elaborated frames the artist made from wood scraps and other waste material found in his studio (construction side boards, twisted grids, abandoned sketches etc.). The crafted frames however tell something beyond their initial function. They suggest the vertical, horizontal and diagonal movements of our finger on smartphone’s tactile screen. The heavenly and ephemeral shot now framed with waste is reintegrated in the realm of the studio practice and making–instead of the digital.

It is as if the patient sculptural additions made to the painting was catching and fixating the fragile and fugitive dimension that defines social media.

Through this unexpected parallel, Franck Scurti questions the status of the artist, the value of the image as well as its historic persistence through playing with the codes of “great art” and amateurism.