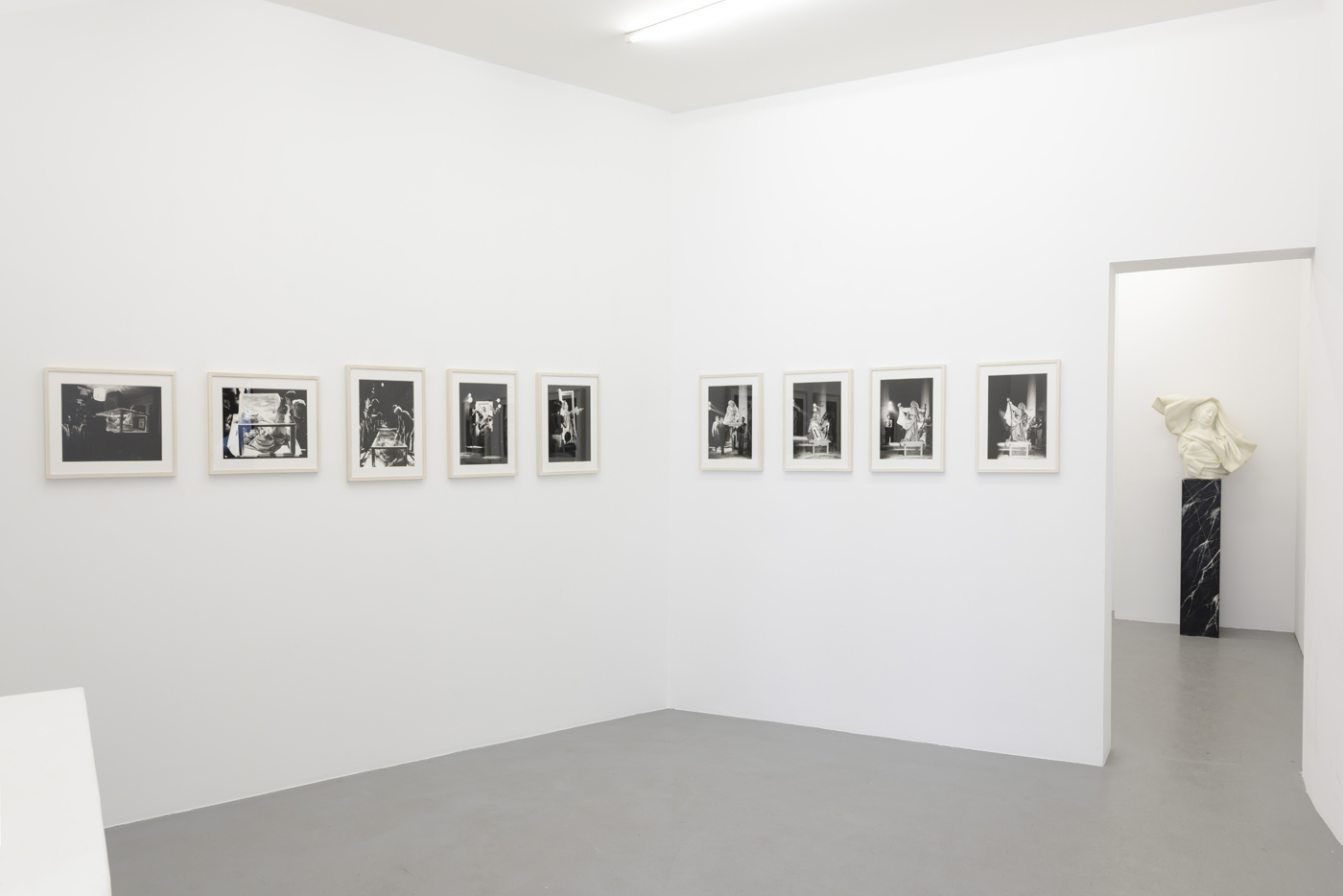 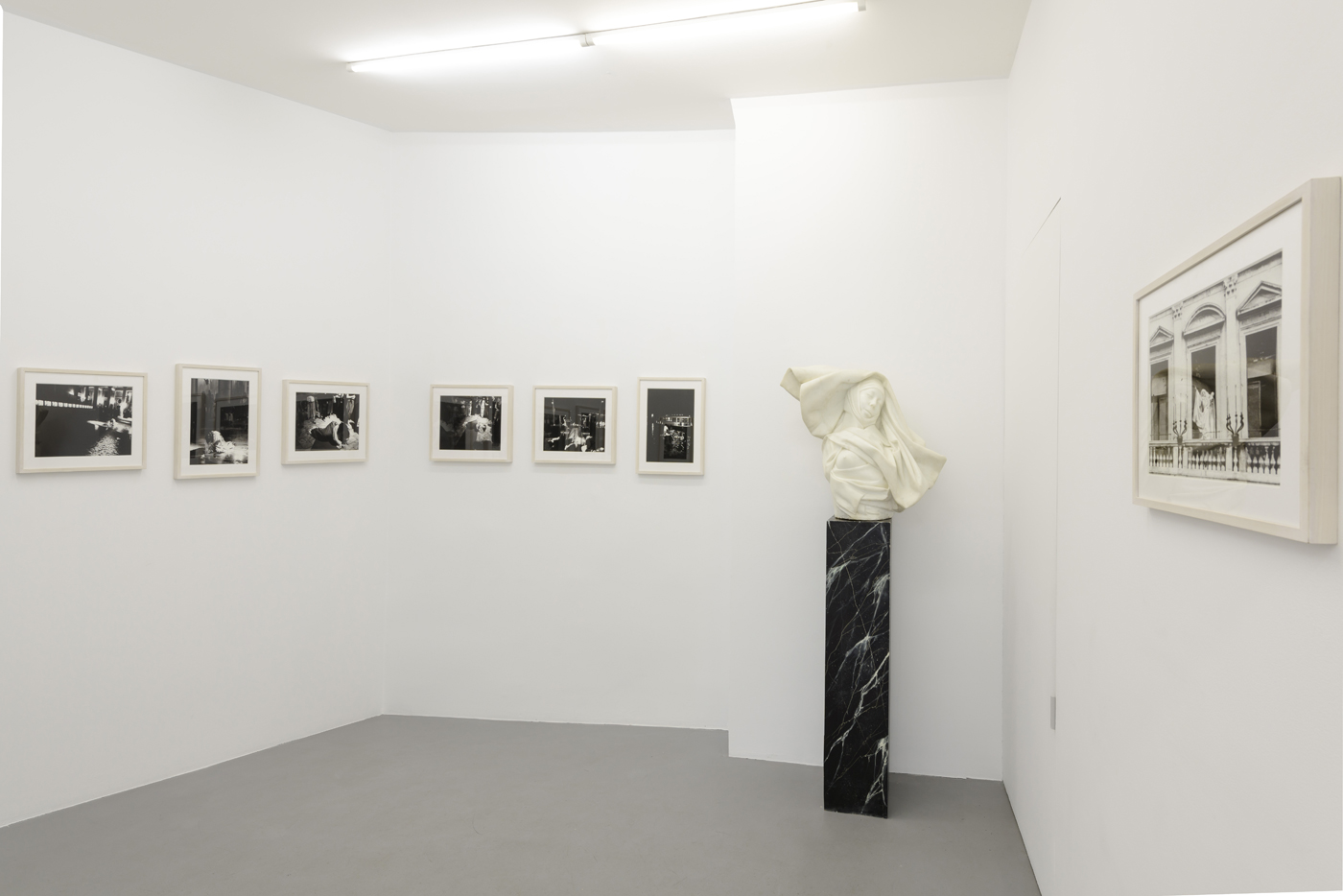 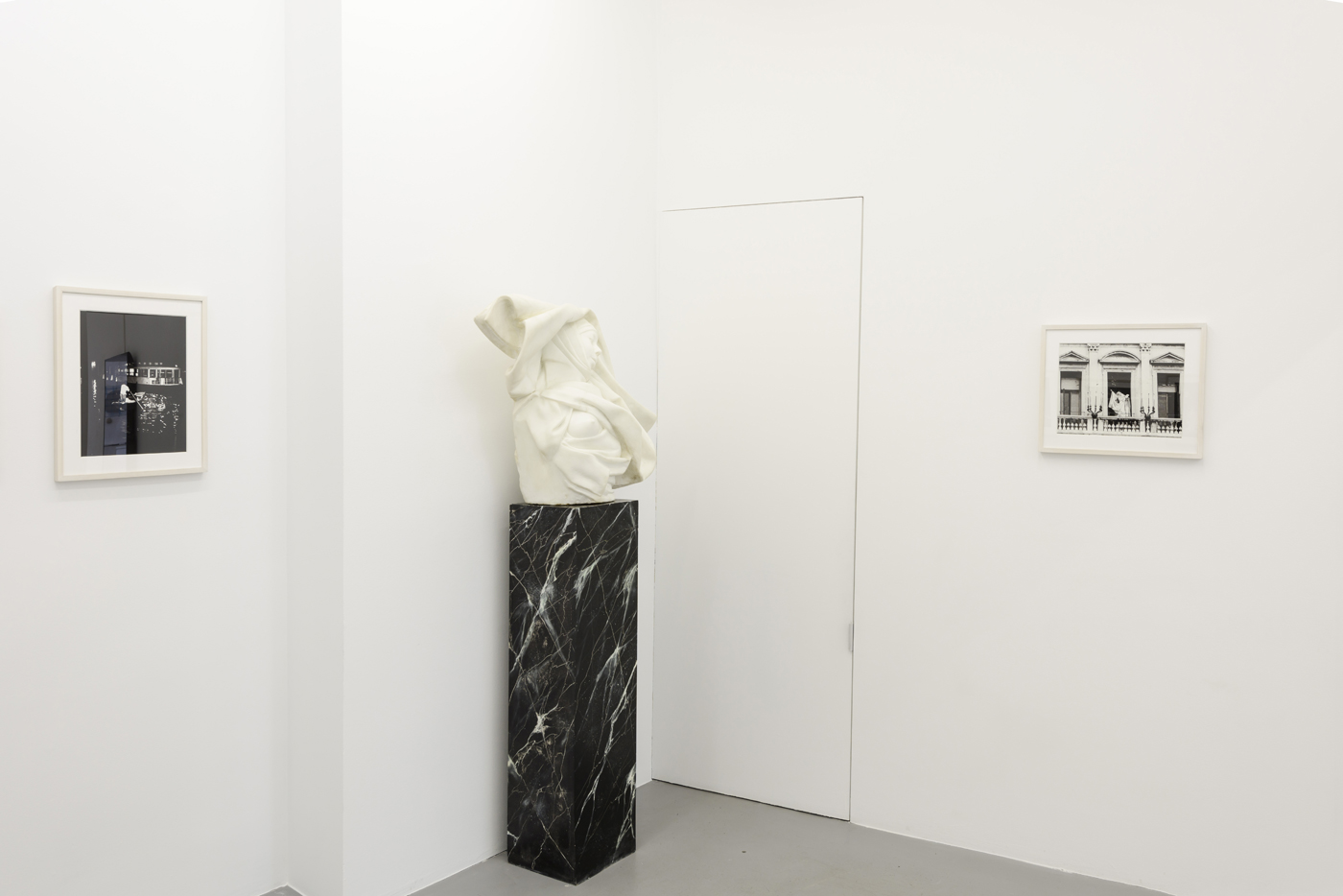 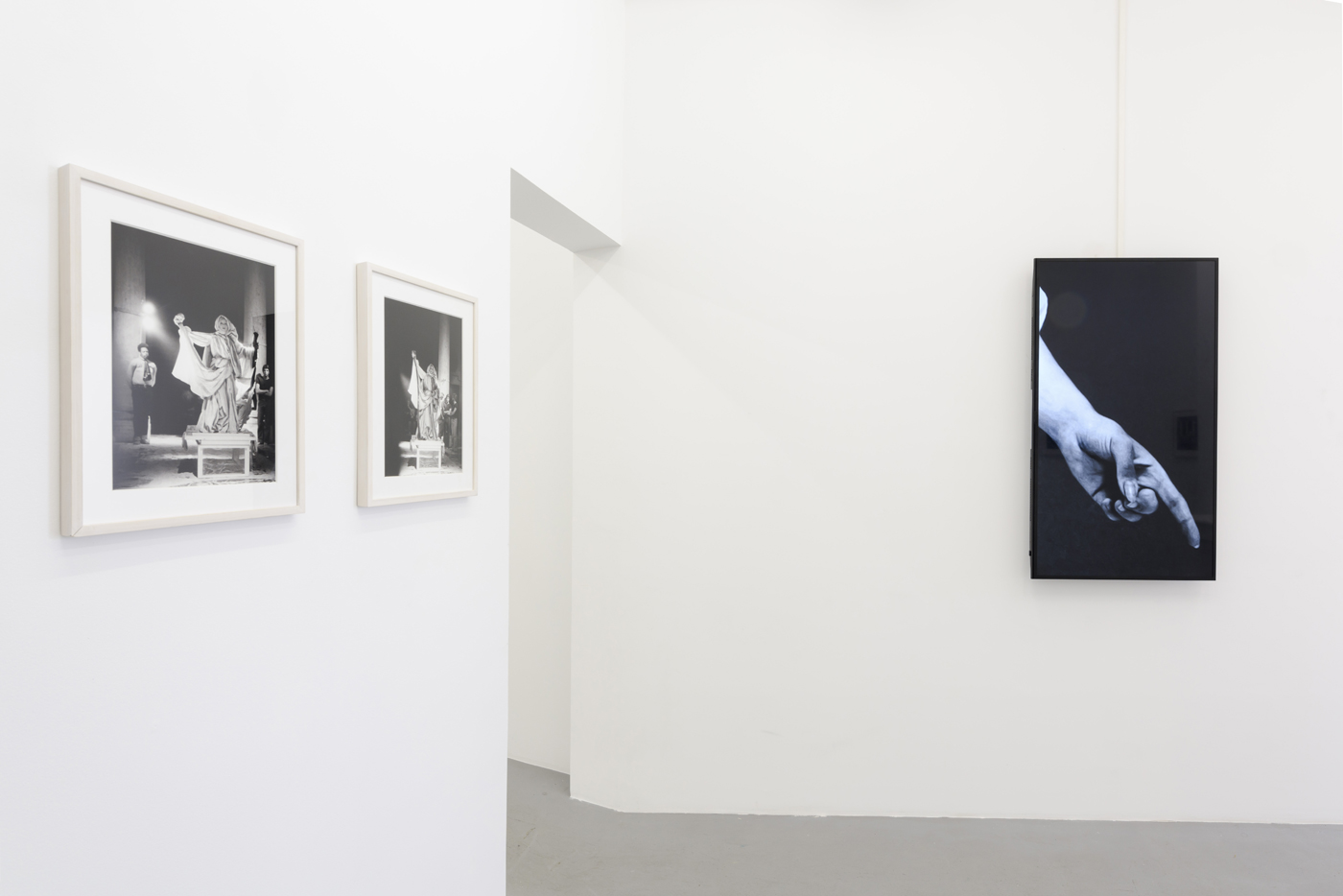 The performance duration was about 2:30/3 hours. A lot of time was needed for the artist to dress up and create beautiful folds of fabric. ORLAN was placed in a plexiglas shrine from which only one of her finger -that of designation- was coming out. Six men would carry this shrine horizontally across the entire Palazzo Grassi, then place it vertically in order for ORLAN to stand up. Each fold of fabric was connected to a nylon thread, itself connected to rings bore at each assistant’s finger. The assistants would move the threads in front of a camera as one does with puppets. The camera would live shot loads of fold studies that were immediately projected on 28 video screens, 14 on each side, and broadcasted over and over during the whole performance. ORLAN would come out of the shrine and slowly take off the folds of fabric around her head, also unwrapping the object she was carrying in her arms, which looked like a swaddled baby. ORLAN would unfold a very big ribbon while spinning on herself. It would uncover an object painted in blue on the outside, the crust, and red on the inside, the crumb, which ORLAN would break into pieces and eat. ORLAN would undo her hair and get down on all four over a circle of white flour. She would progressively arrive in front of a huge red carpet, which, from the center of the Palazzo Grassi, would come onto the pontoon. She would wrap herself on all four in this red fabric, hence turning into a big red bowl, making it more and more difficult to wrap herself. The bowl would get bigger and bigger on the boat pontoon. As she kept wrapping herself up, ORLAN would seem to fall into the lagoon. But it was a visual effect since a small boat was waiting for her below, steered by a rower.ORLAN would slowly unwrap herself and let the red carpet fall into the lagoon until coming out of the viewers’ sight. » « Baroque is the monster of classic. Baroque shows Saint Thérèse enjoying the angel’s arrow in an erotic and euphoric ecstasy. Baroque does not make us choose between good and evil... Good and evil are presented together. It is the main lesson I learned from Baroque and applied to my works.Fold activates light and shadow. The fold unfolds. It is a piece of clothing.It is a surface and a sculpture.Miraculous interlocking The fold runs to infinity and comes backKilled by the bending point Which draws the direction, the fallLike the Zoom Baroque titleDevelopment of bodies in the Word And the fold The folding and unfolding of the fleshBecome WordCreate bodies Dressing up is not enough draping is not enough There is a dismantlement of the unfolding Where beauty in dive of ugliness tries to slither in Where I am no longer just a light image but an unsettling oneA shadow pumped with air and talks Incidentally Baroque »ORLAN * ORLAN EN CAPITALES, 20.04 - 18.06.17, Maison Européenne de la Photographie (MEP). Cur. Jérôme Neutres.