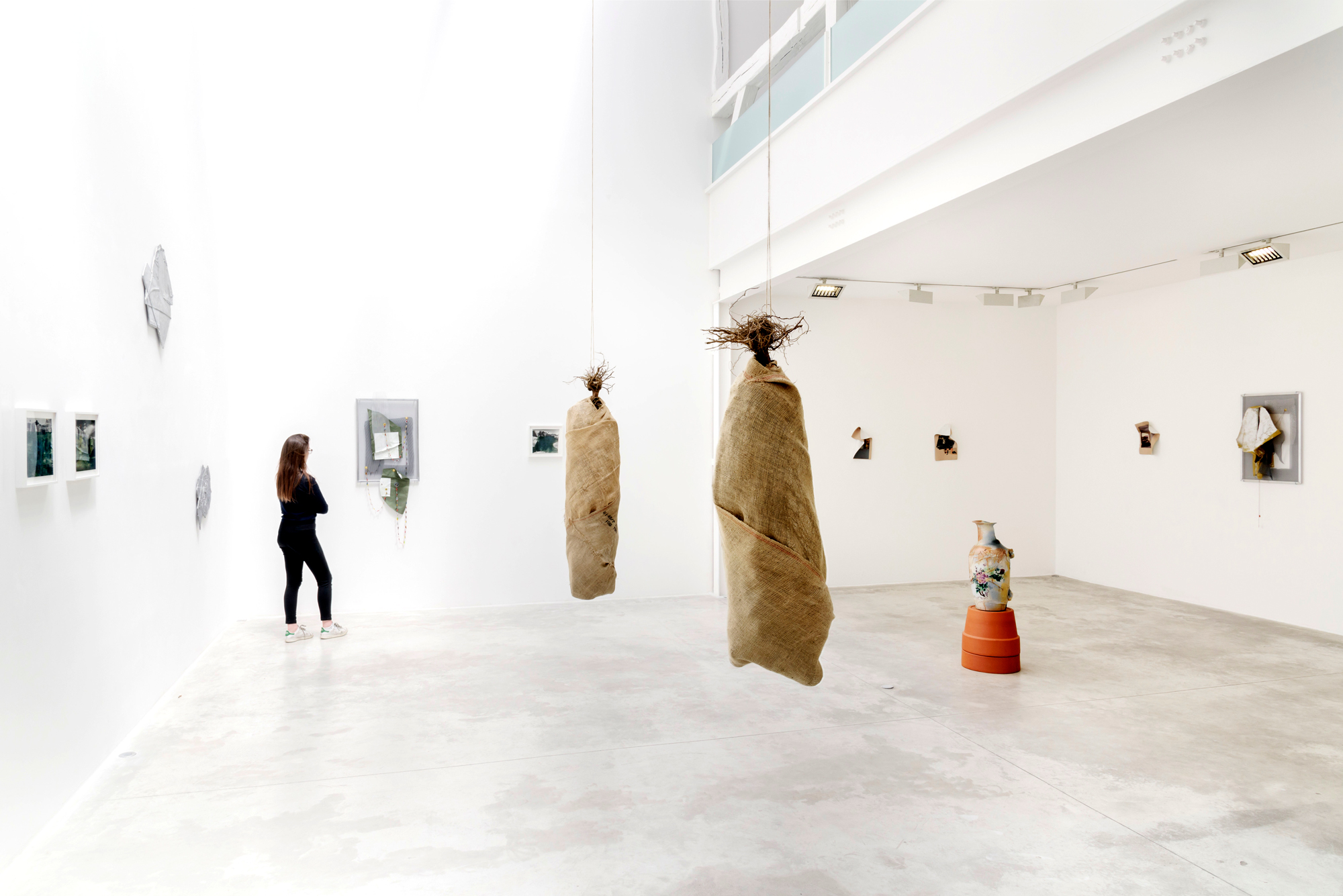 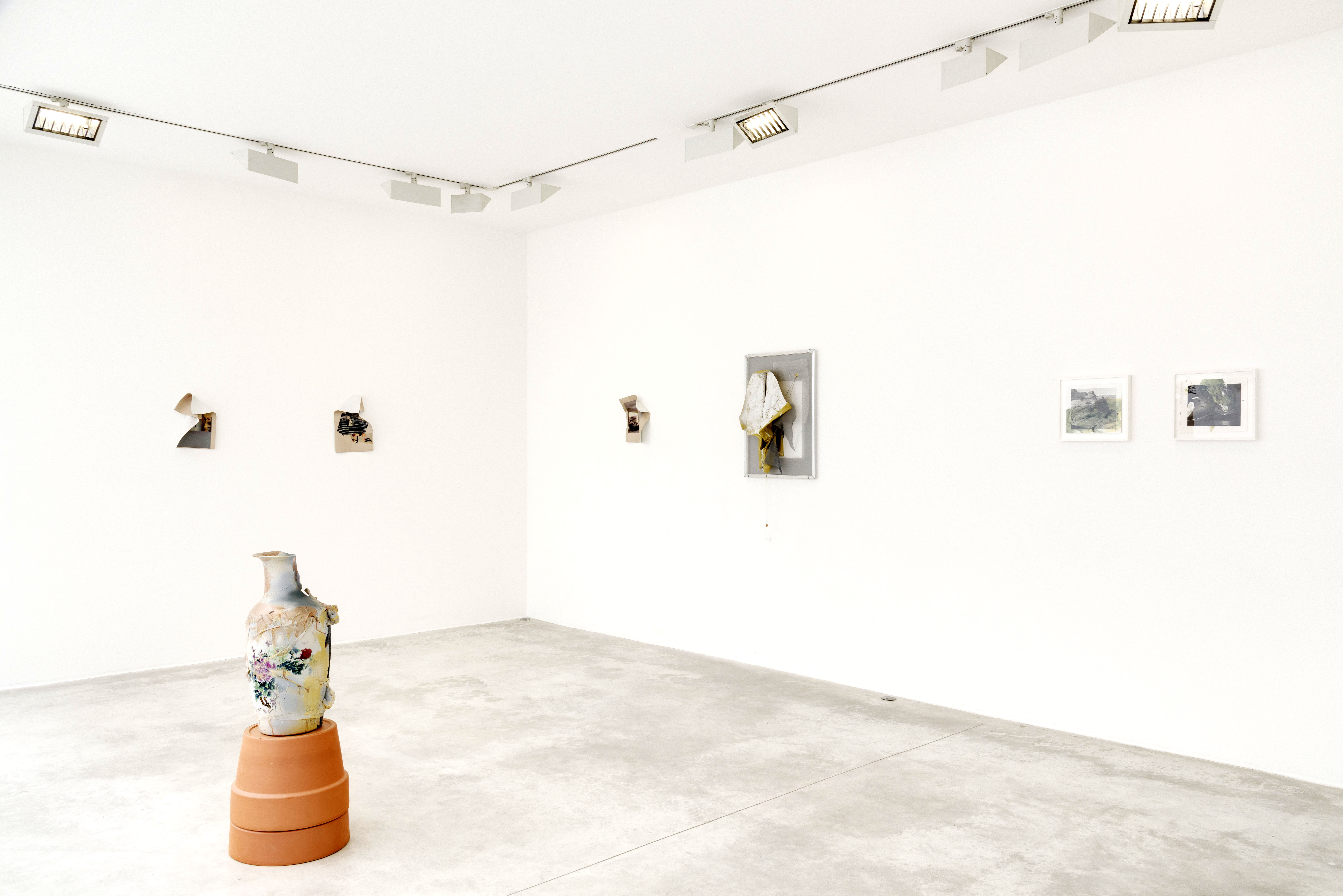 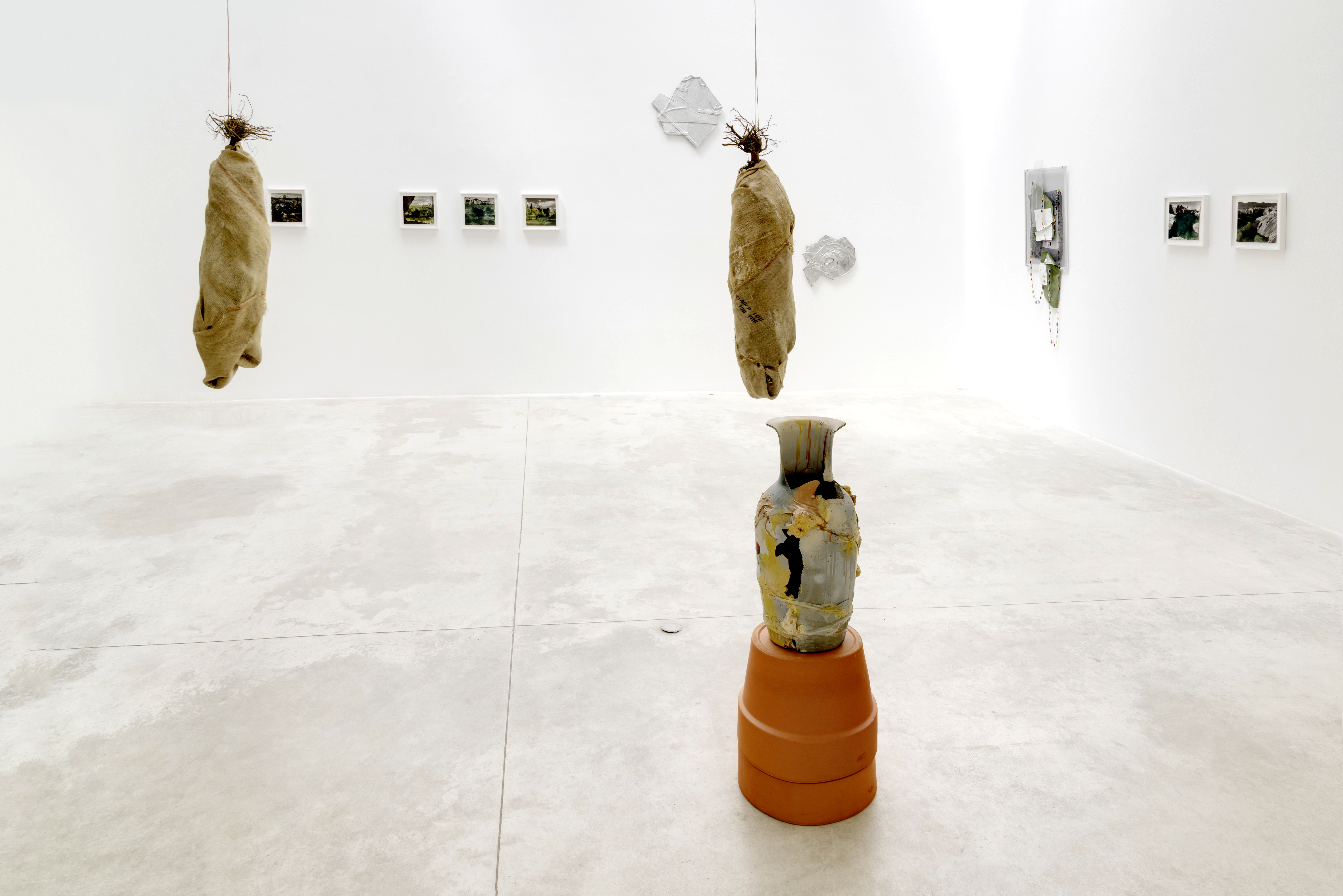 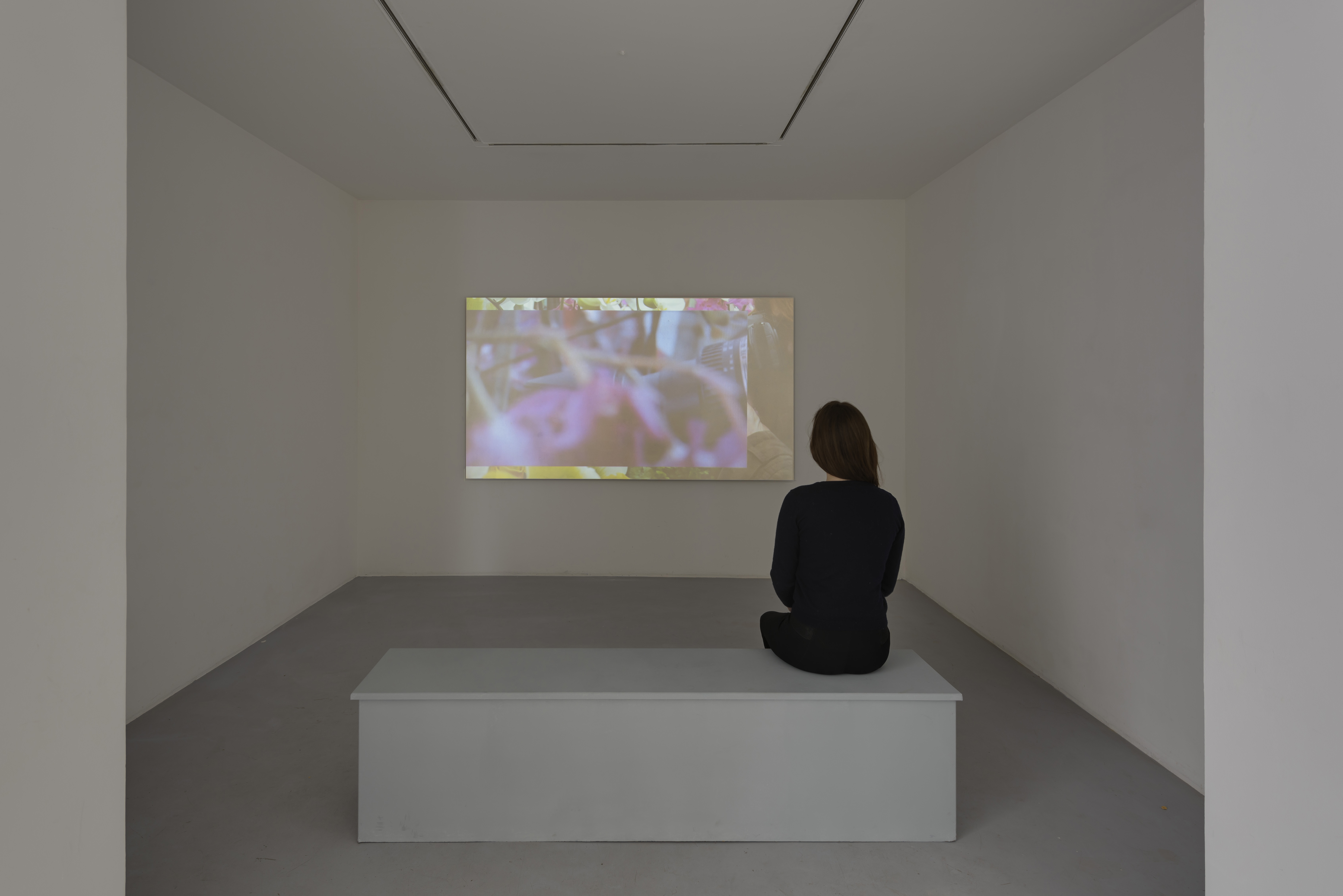 Michel Rein Gallery is pleased to present Any Means, the first solo exhibition in Paris by A.K. Burns, an interdisciplinary artist who lives and works in New York. Her videos, installation, sculpture and collages are all marked by a consistent desire to reconfigure, "economies of gender, labor, ecology and sexuality."

Any Means, surveys several bodies of work made over the past five years, and bringing them together for the first time. In thinking about Any Means, as both an obsession with consumption and a lack of resources, Burns explores the tension between the ‘natural world’ and our highly constructed environs.

In this exhibition Burns combines esthetic gestures and pointed materials to protect, reconstruct or damage sourced images and objects. Each work uses seemingly odd pairings of materials, such as; splatters of spirulina (a blue-green algae) to obscure an image of a landscape; a t-shirt geometrically folded and cast in aluminum; collages on fabric that hang limp, held in place by a single penny; or a broken vase reassembled using cast cement, packing tape and Great Stuff™. At a second glance Burns’ choices of material and medium are never arbitrary, rather, each work holds meaning through the contents of its making.

A self-described "compulsive collaborator", Burns cofounded the non-profit organization W.A.G.E (Working Artists in the Great Economy) - an artists' advocacy group - in 2008, and continues to be an avocate for labor issues in the arts. Starting in 2009, Burns coedited Randy, an annual trans-feminist arts magazine, with gallery owner and publisher Sophie Mörner.A compendium publication of Randy was released in June 2016. Working in collaboration with A.L. Steiner, Burns co-created Community Action Center (2010), a "socio-sexual" feature film inspired by feminist performance art and gay porn liberation films of the 1970’s. The work has been screened at numerous venues internationally including the Tate Modern, London and MoMA, NY.

A.K. Burns is currently working on a cycle of large-scale video installations that began with an interest in constructing a new feminist science fiction. The cycle opens with, A Smeary Spot (2015), a 4-channel video installation that has been exhibited at Participant Inc., NY and Portland Institute for Contemporary Art, Oregon. A Smeary Spot was shot in two locations - a black-box theater, Kitchen, NY and deserts of the American Southwest. The work unfolds through a script of appropriated texts delivered by performers who represent metaphysical beings.In her solo exhibition at the New Museum in New York this spring, titled Shabby but Thriving, Burns debut the second video in this cycle, Living Room (2017). The two-channel video installation was shot entirely inside one building, wherein the building acts as a metaphorical body and a stage for performers to enact the subjugation and agency of various bodies.

Burns is a 2016–17 Radcliffe Fellow at Harvard University and a recipient of a 2015 Creative Capital Foundation Visual Arts Award. Additionally, she has works in several public collections including The Museum of Modern Art (MoMA), NY and Los Angeles County Museum of Art (LACMA), LA.