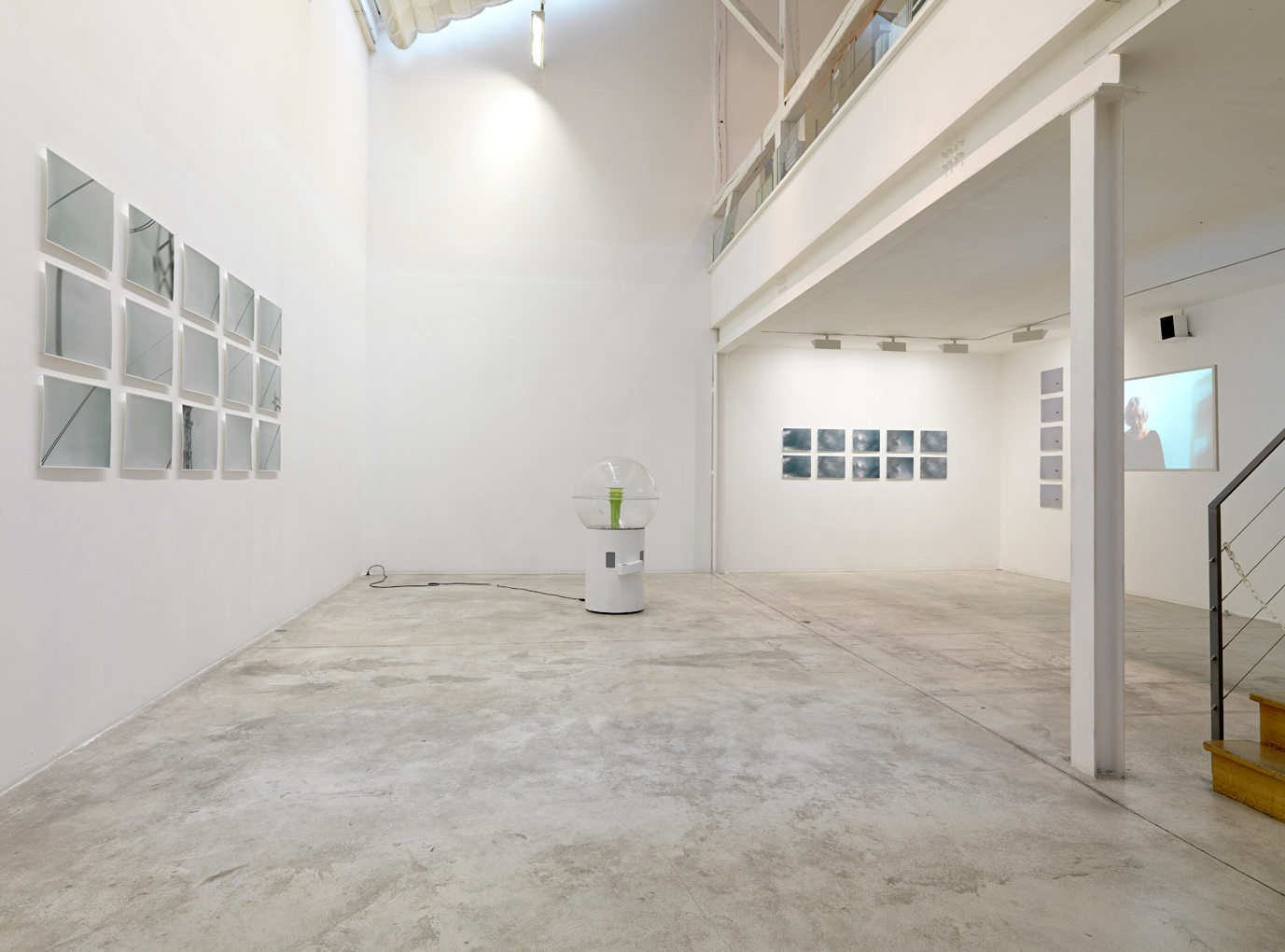 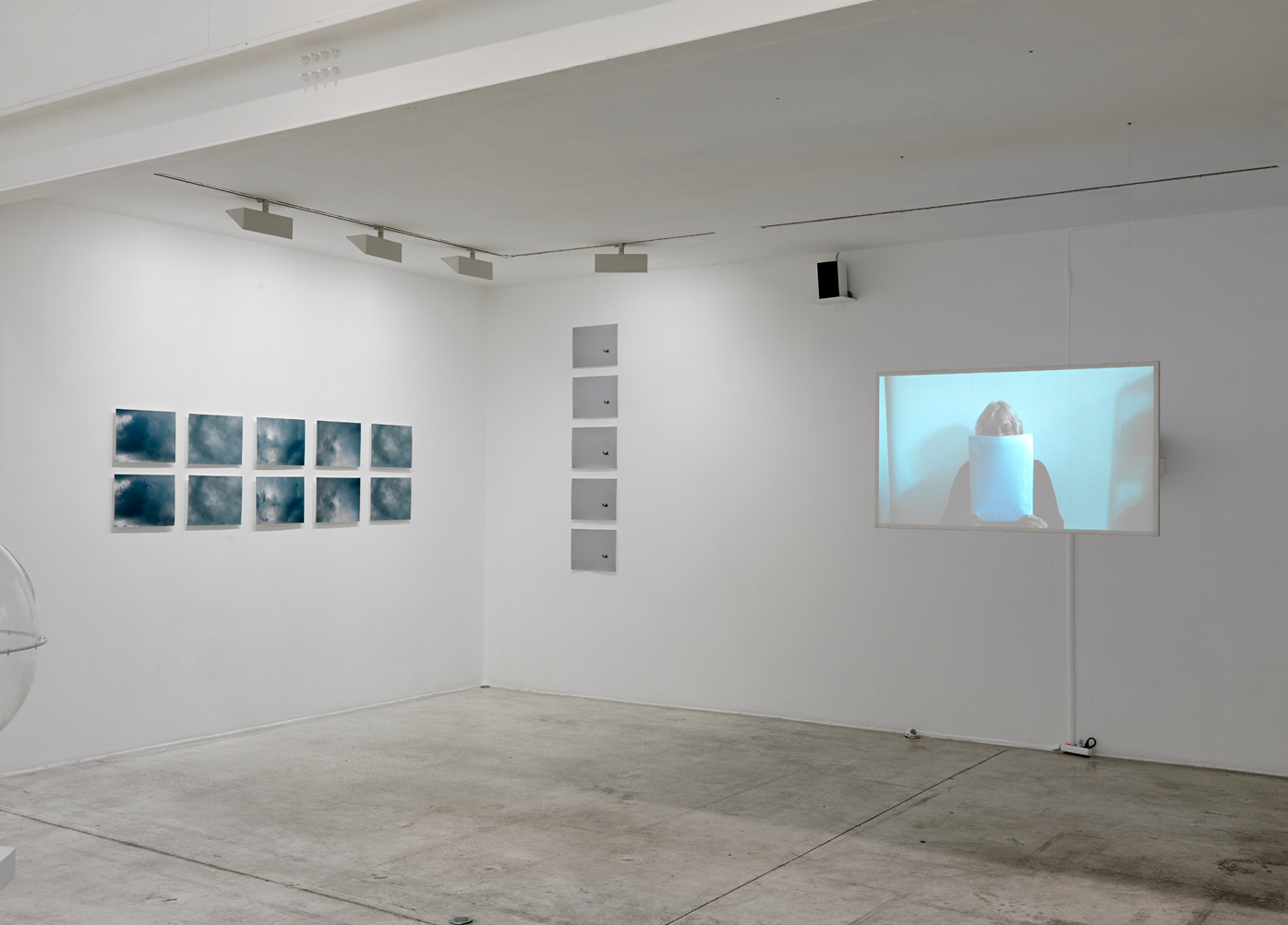 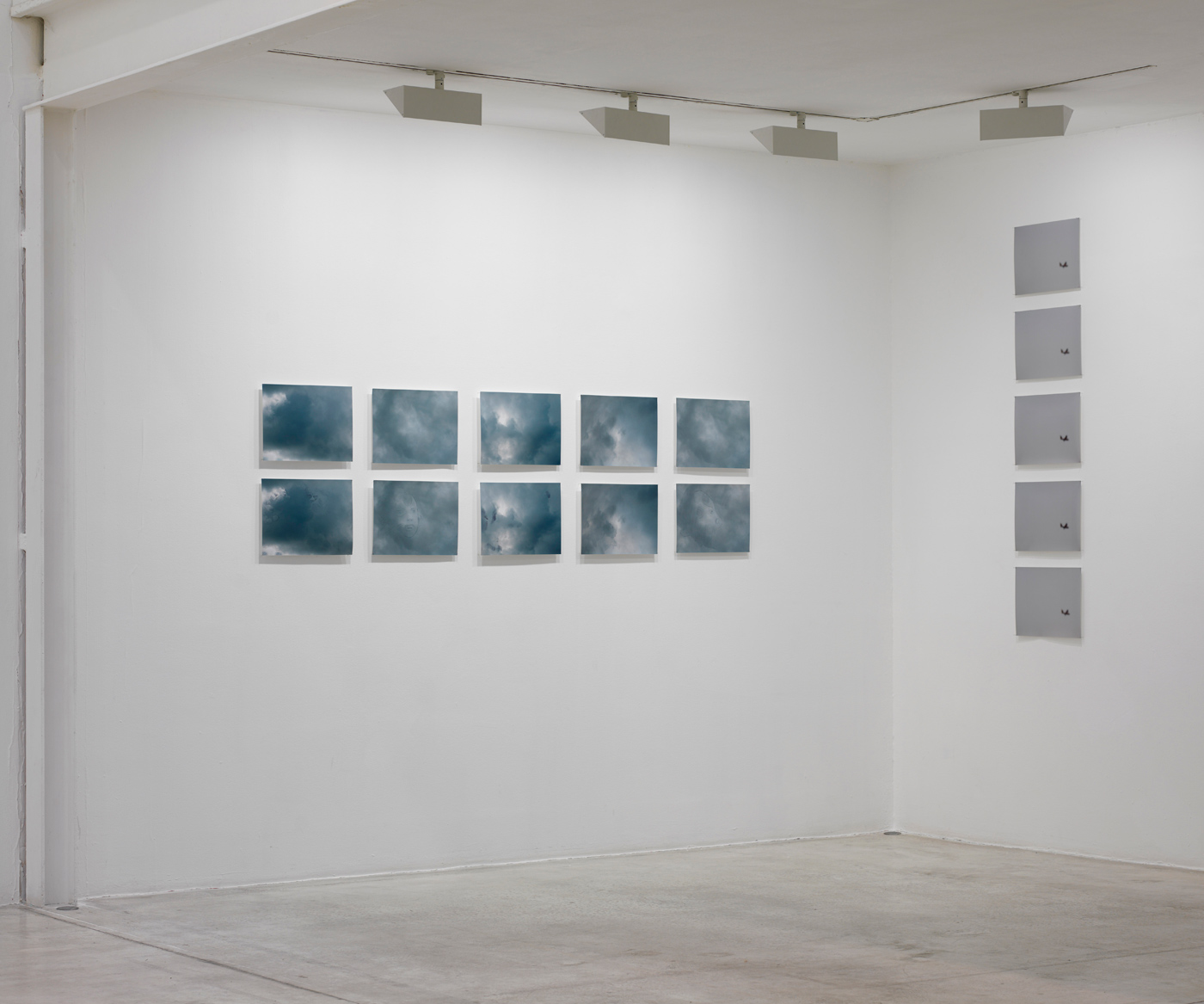 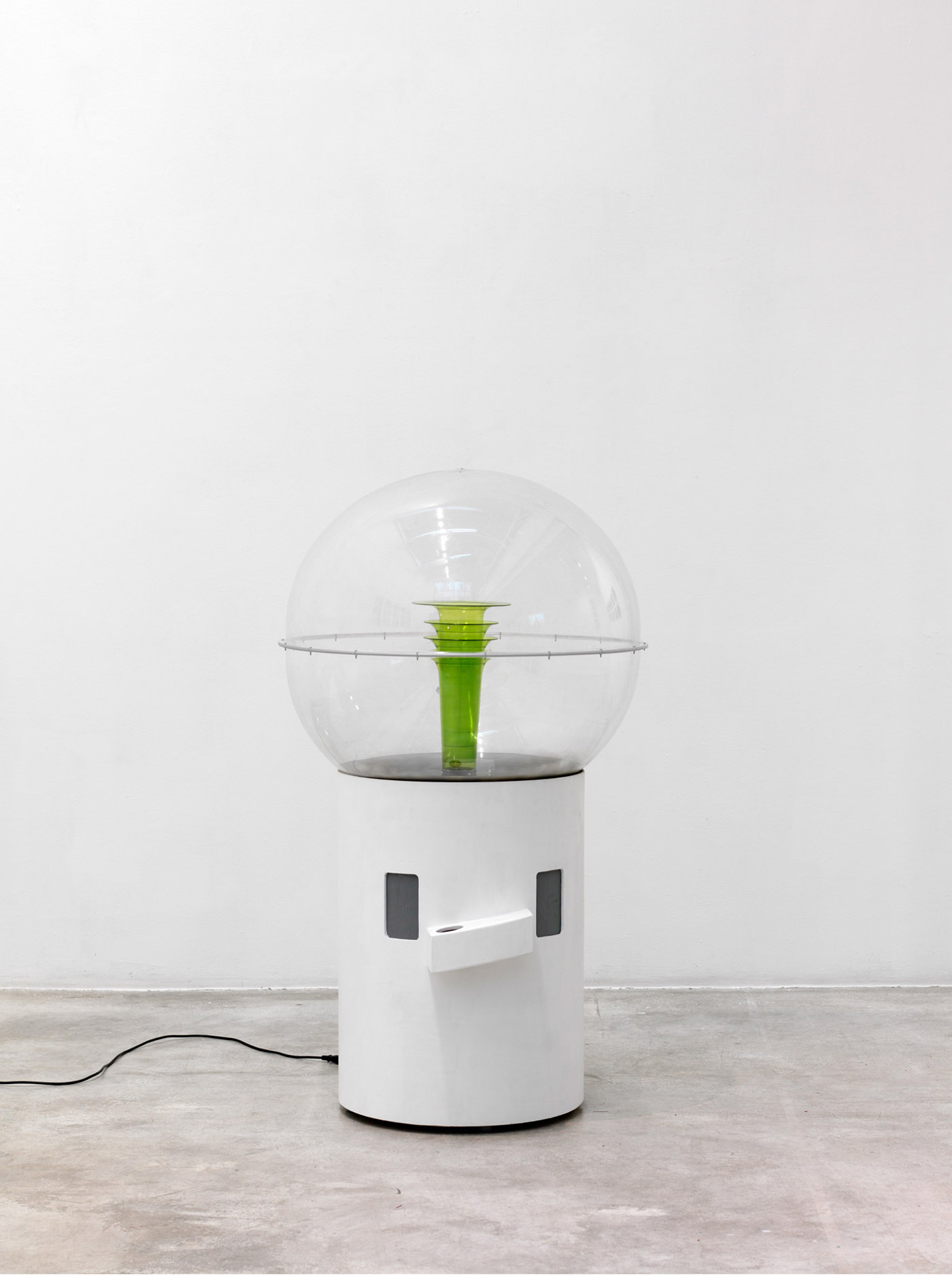 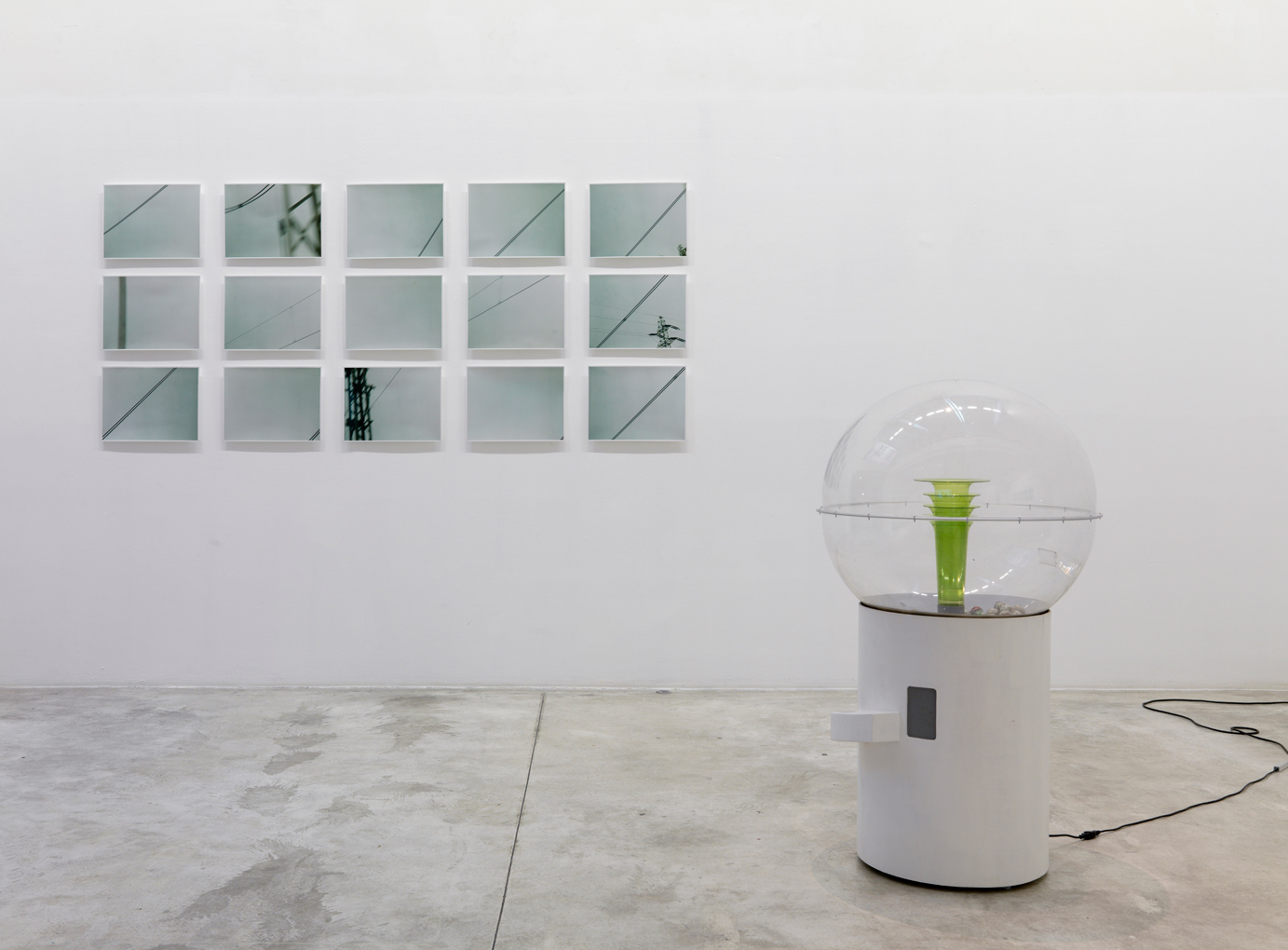 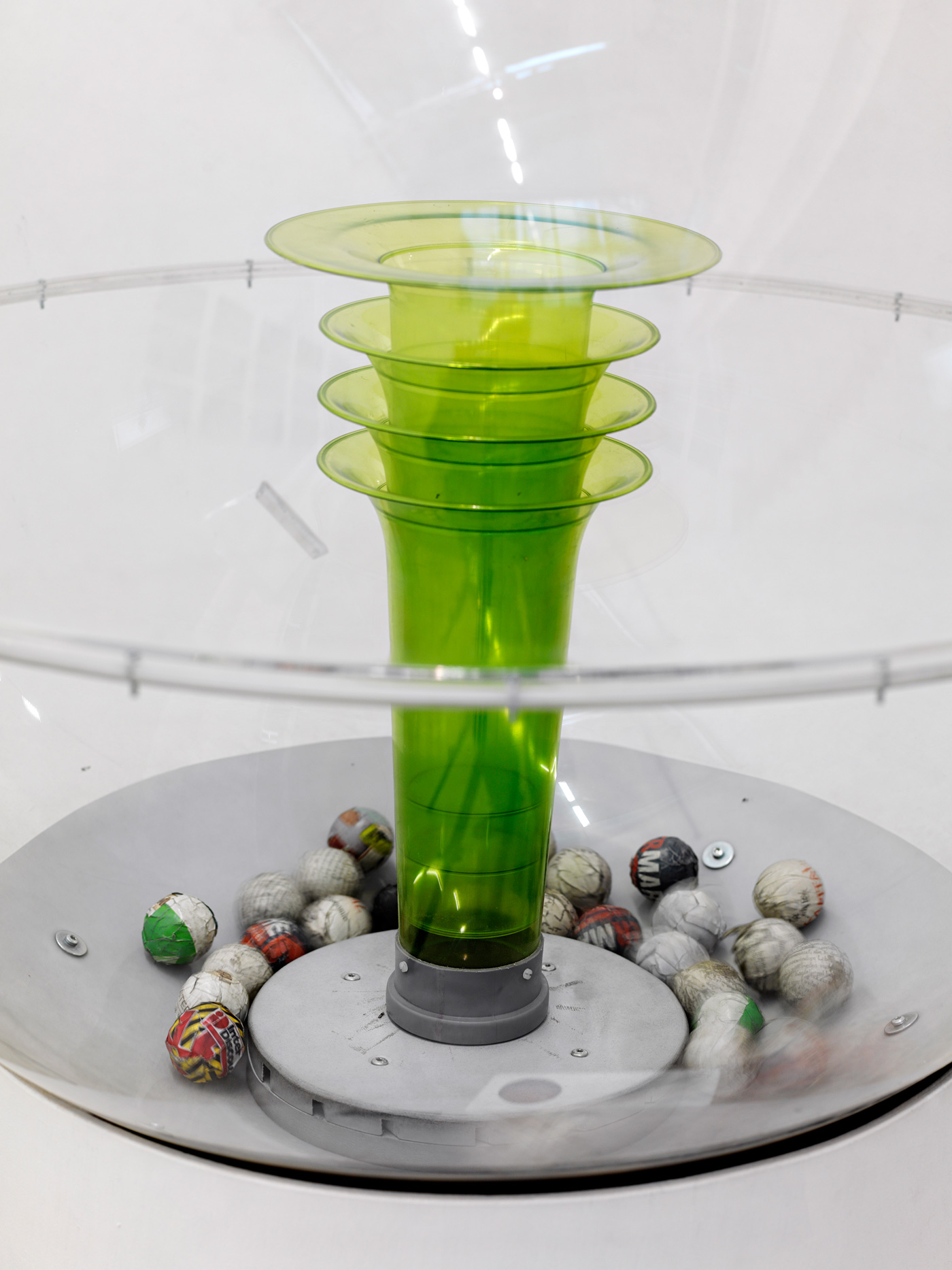 Quelqu’un veille sur toi is an exhibition that comprises works that have been done in 2007 and 2008, shown now for the first time. It is a puzzle put together out of fragments that all question the same thing: is it only our projection what we are seeing or is it the way things are? It is the viewer’s decision that completes the puzzle in the end. Or leaves it open.

A four-channel video installation on monitors titled That Would Be All, Thank You shows a woman giving a lecture to young people about drug abuse. She is warning them of all the evils such a way of life comprises, but who is she, does she know what she is talking about? Is she under drugs too? And the three listeners, are they drug-addicts or just ordinary young people listening out of compassion or decency? Or simply being bored?
Then there is Spook Words, words that generate Internet surveillance when used on the net. A German woman in her seventies reads them patiently as if it was just a list, misunderstanding at times what she reads, mixing German and English. The words, often shortcuts, lose all their meaning and become just a monotonous repetition, almost a lullaby.
The Inter-Machine is a game machine without a possibility for gain, without its main purpose. In a Plexiglas bowl, balls of paper are turning around driven by air, part of them are from Marx’s Das Kapital and others from advertisements starting with ‘inter-’: intermarche, interdiscount etc. Is the promise of internationalism getting true but in a twisted, perverted way? Is the only thing truly international today, cooperative capitalism?
Images of clouds are given to people to draw on them what they see in clouds. It refers to Herman Hesse’s The childhood of a Magician.  While we are children there is a whole world in the clouds, states Hesse, when we grow up and become more rational, they are only clouds. Some of the people invited know how to draw, others don’t, but the criterion was not the quality of the drawing but the imagination. Does knowledge influence our ability and innocence to see? In the video room there are two projections back to back – Space and Time. Space is showing a clock lost in time while Time is showing a railroad track. Only if we stand in front of the video can we hear the music. A Hollywood suspense sound that enforces us to believe that something terrible and important will happen, something sublime, but what? Even the title of the exhibition is playing with the same dualism: Quelqu’un veille sur toi. On the one hand, it is reassuring to know that somebody is watching over you but how far is that from being surveilled and the loss of freedom? Is the danger coming from outside or from within ourselves?