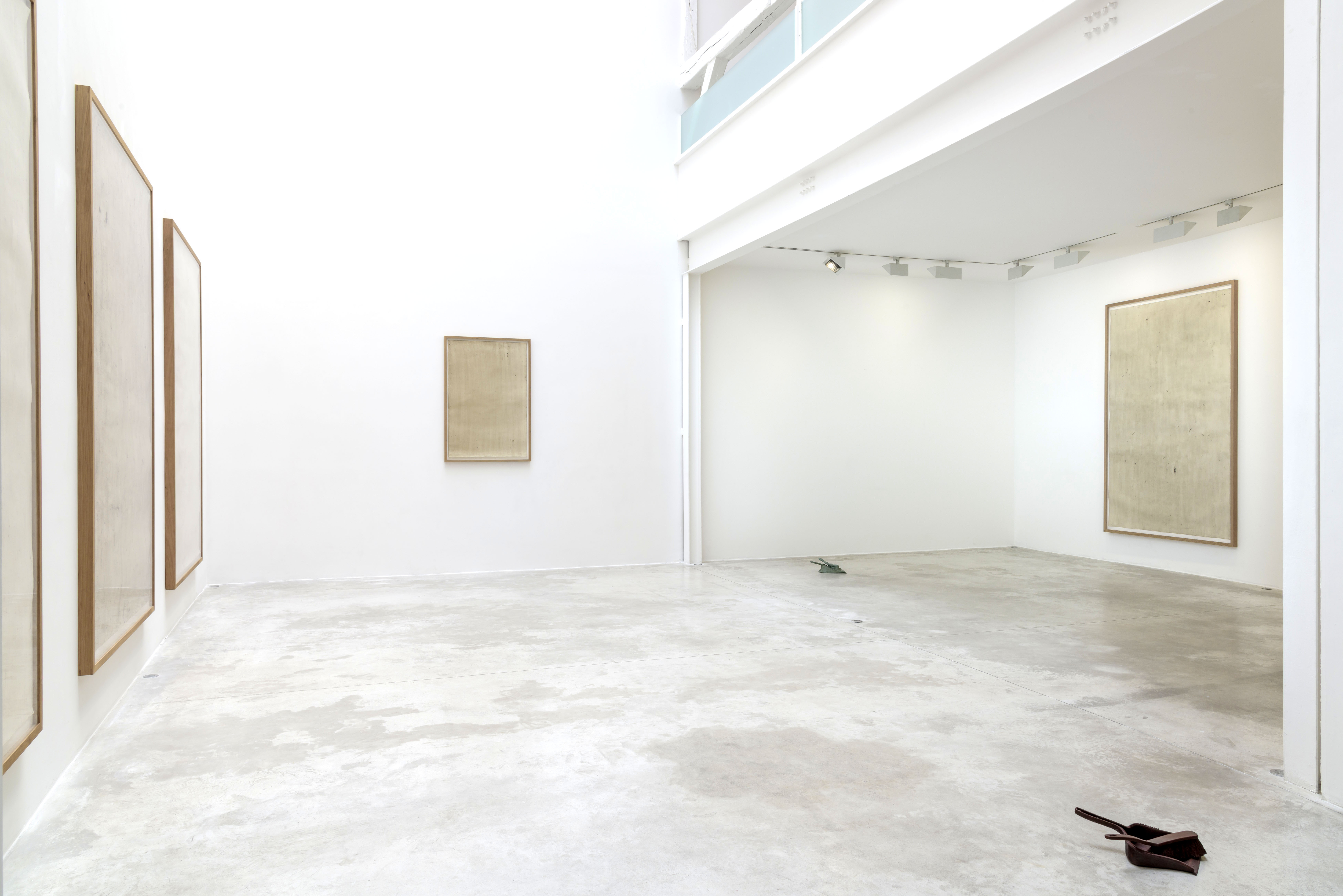 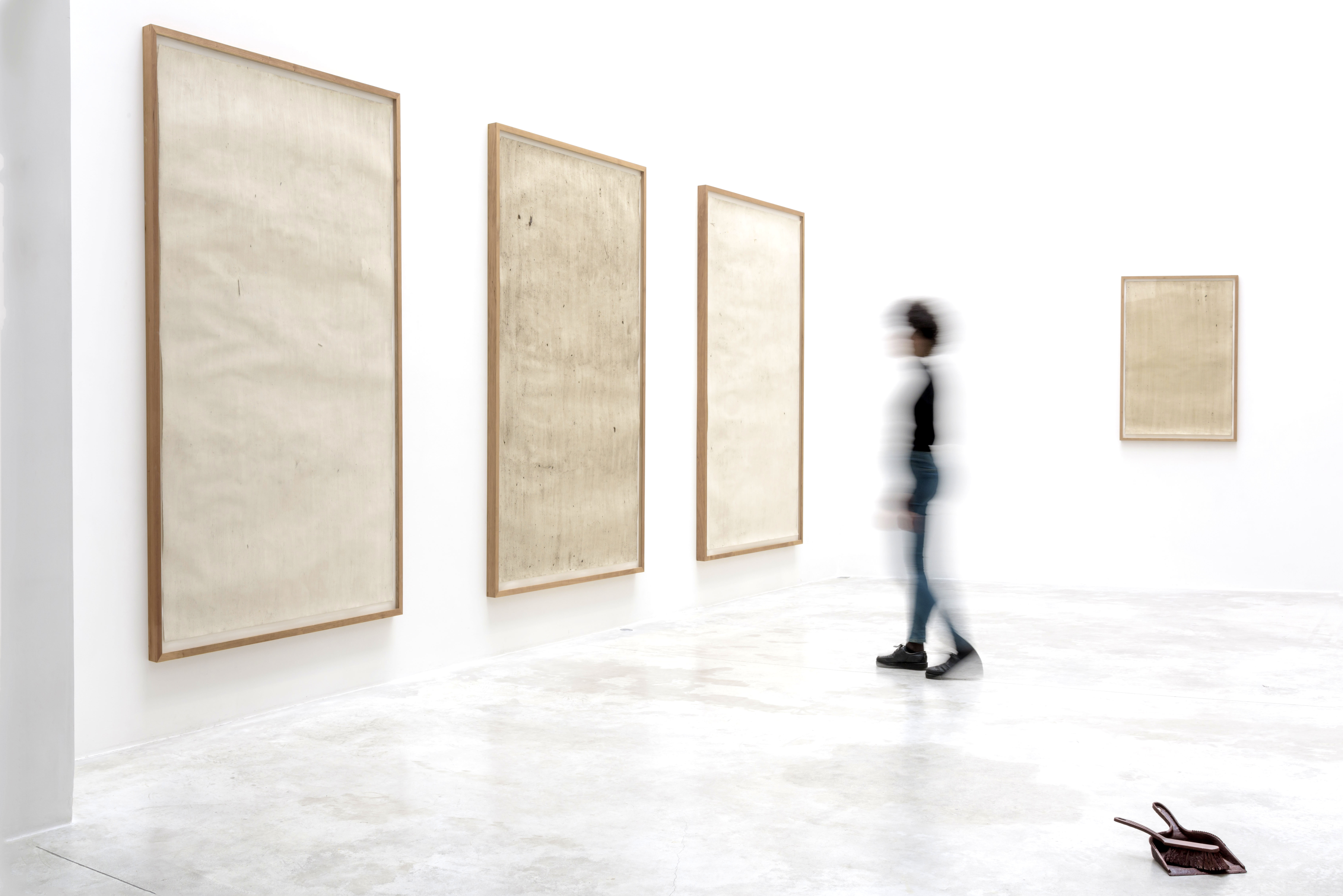 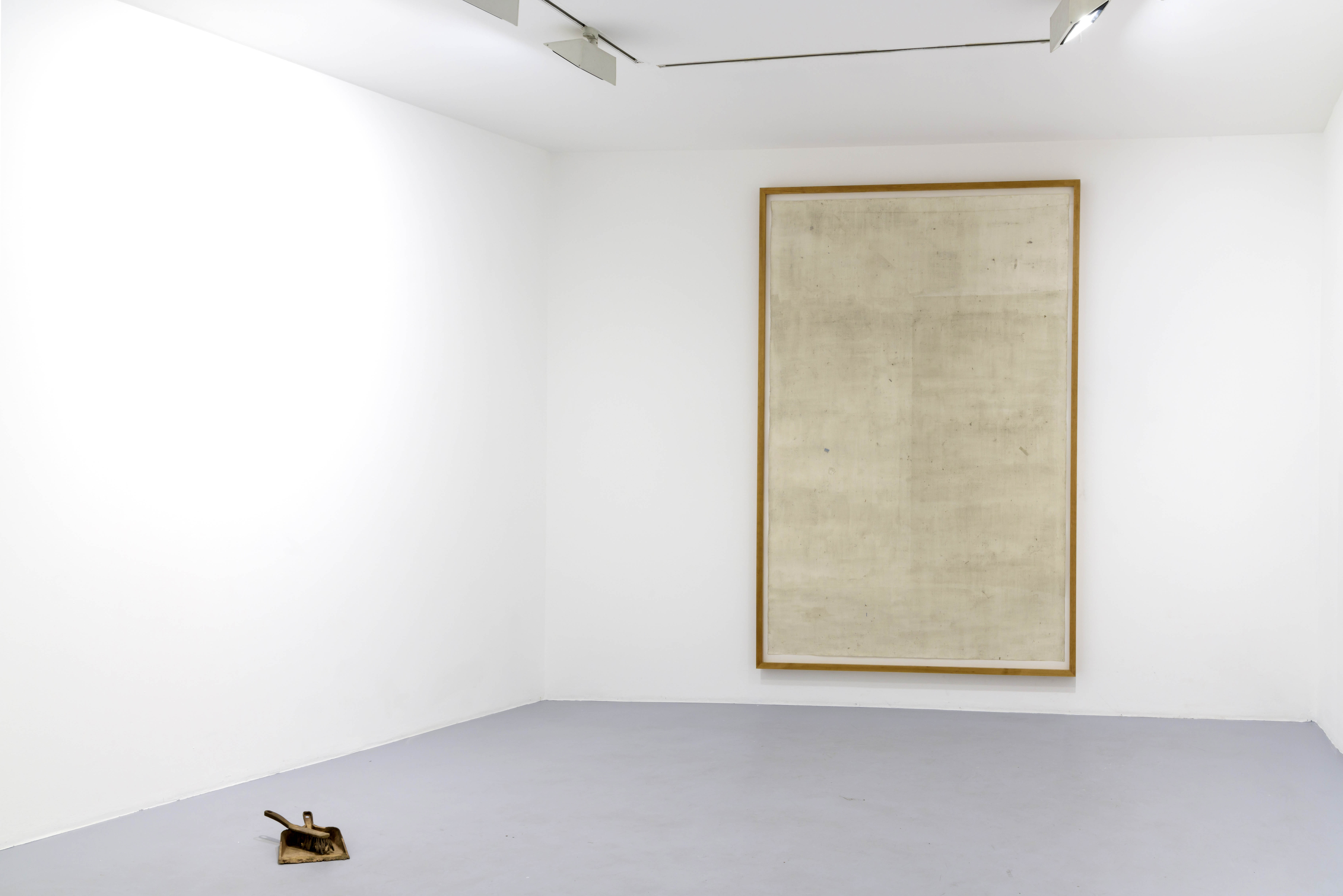 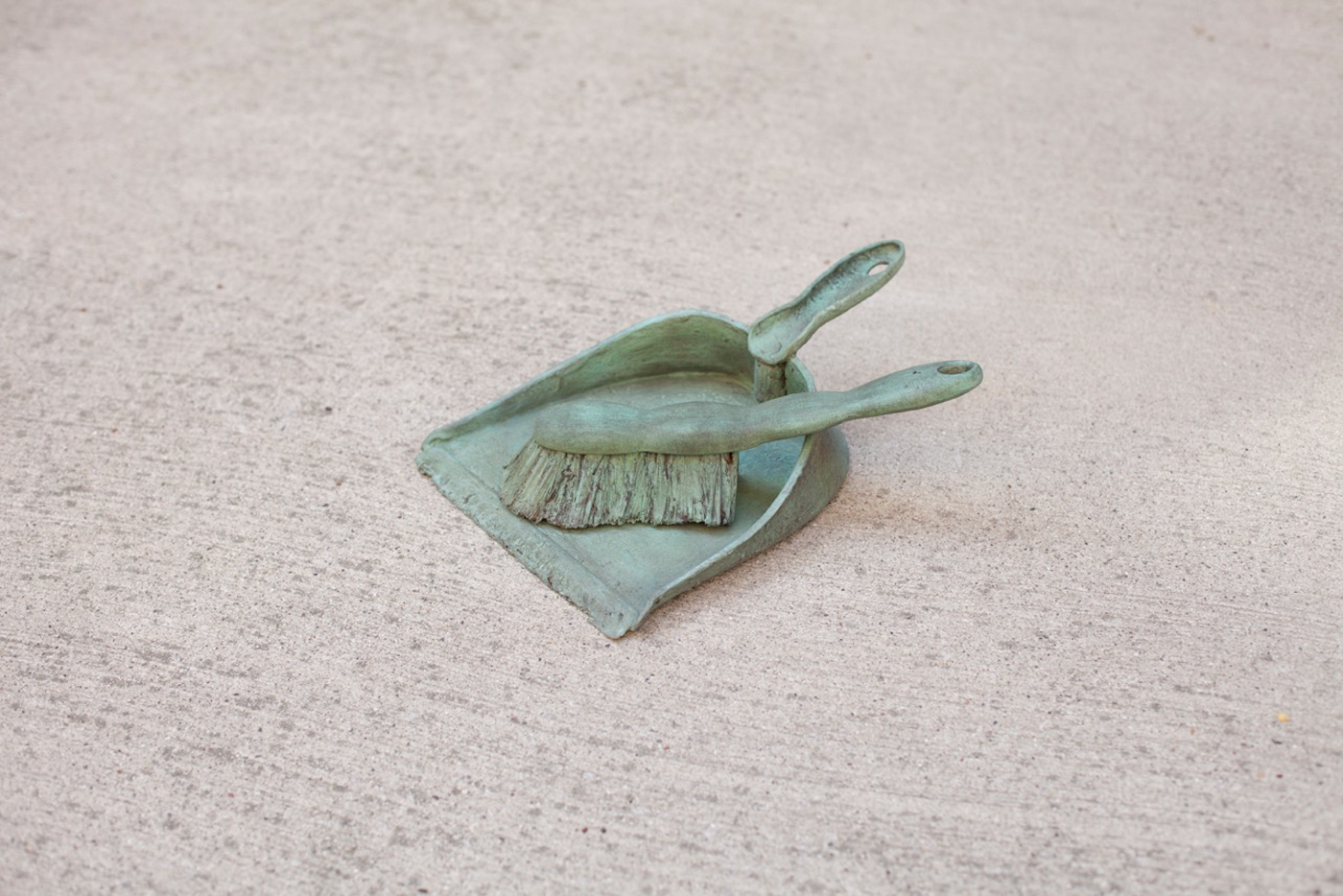 What remains at a place of human existence? Can the dust and debris that accumulate in micro particles over time, revolving ceaselessly whenever cleaned away, tell anything about the people who inhabit a place, about their daily routines, or the place itself, and what it represents? What do the material and immaterial transactions, products and values that are performed and produced in certain places (private, cultural, commercial, labor) leave behind.

Since the 1980s, the work of Luca Vitone is an ongoing investigation into the memory of places, and how different modes of cultural production – through art, cartography, music, cuisine, political associations, ethnic minorities – inscribe themselves into the physical and psychological fabric ofa place.

In a series of works, Vitone commissioned self-portraits of specific places by leaving unprepared canvases behind, letting the local environmental conditions leave their traces on their surfaces. The results, presented on stretchers in white cubes, were minimalistic monochromes, painted by weather and dirt. His dust paintings – or rather watercolors on paper – follow a similar concept of abstract representation, but were created in the artist’s studio with the collected content of vacuum cleaners.

In a recent exhibition, “Imperium” at Neuer Berliner Kunstverein in 2014, Vitone exposed on large formats the dusty remains collected from different institutional spaces of power – economic, legislative, judiciary, and cultural – questioning the physical, bureaucratic structures in which “power” is executed.

For his current exhibition “Homo Faber” at Michel Rein[1], the artist revisited places that represent crucial stations in his own personal life – private and professionally. These are his house of birth in Genoa, where his parents still live, his former studio in Milan and his current workplace in his adopted home Berlin, as well as the artist’s four representing galleries, past and present: Pinksummer Contemporary Art, Genoa, Emi Fontana, Milan, Galerie Nagel Draxler, Berlin, and Michel Rein, Paris. Executed in two formats per site (220 x 150 cm and 110 x 75 cm), the varying dimensions play with interchangeable notions of value. The individual textures of the pigment vary slightly in color, brightness and density – however, one cannot tell the Italian dust apart from the German or French, nor can one differ between the artist’s private or professional habitat, or the status-quo of his galleries. Dust seems ignorant of modes of representation, of nationality or authority. Perhaps the artist, who applied it on the paper mixed with water and fixer, can tell the difference – and in his persona the different places find common ground. “Homo Faber”, the exhibition title, highlights the notion of the workingman, as opposed to the artistic genius.

Four bronze sculptures of dustpans with hand brushes, placed inconspicuously over the gallery’s floors, point at the physical act of sweeping – in German “Auskehren”, a term coined by Joseph Beuys, whom Vitone clearly refers to in his dust works. Yet Vitone doesn’t exhibit the real used broom (as Beuys did on 1st of May, 1972) – like Jasper Johns’ iconic beer cans, the patinated sculptures resemble the most ordinary, cheap objects, portrayed individually and cast in noble bronze. They are both art historic references and trompe-l’oeil requisites in the elusive narrative that is told here – the story of the artist’s life, written in dust.