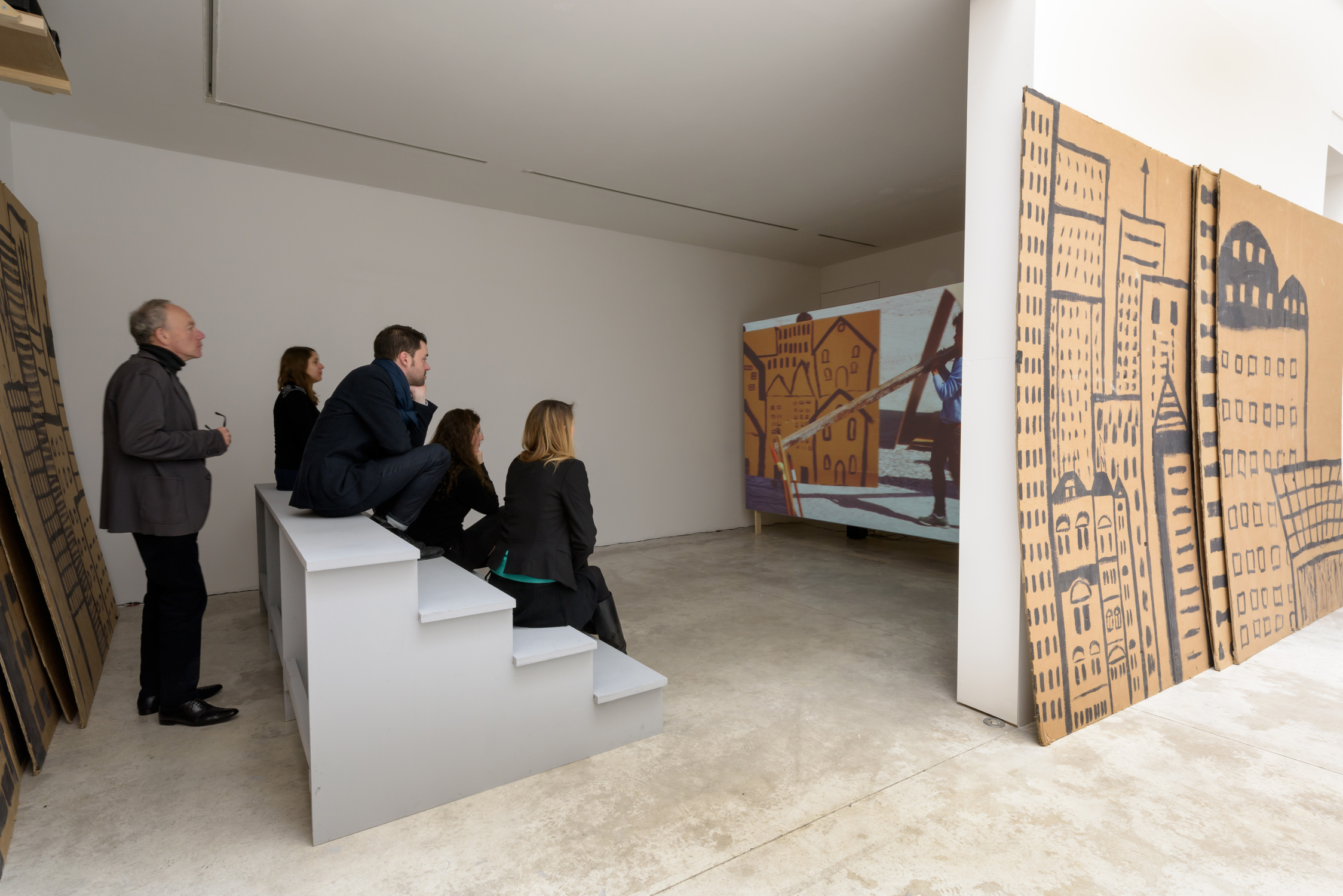 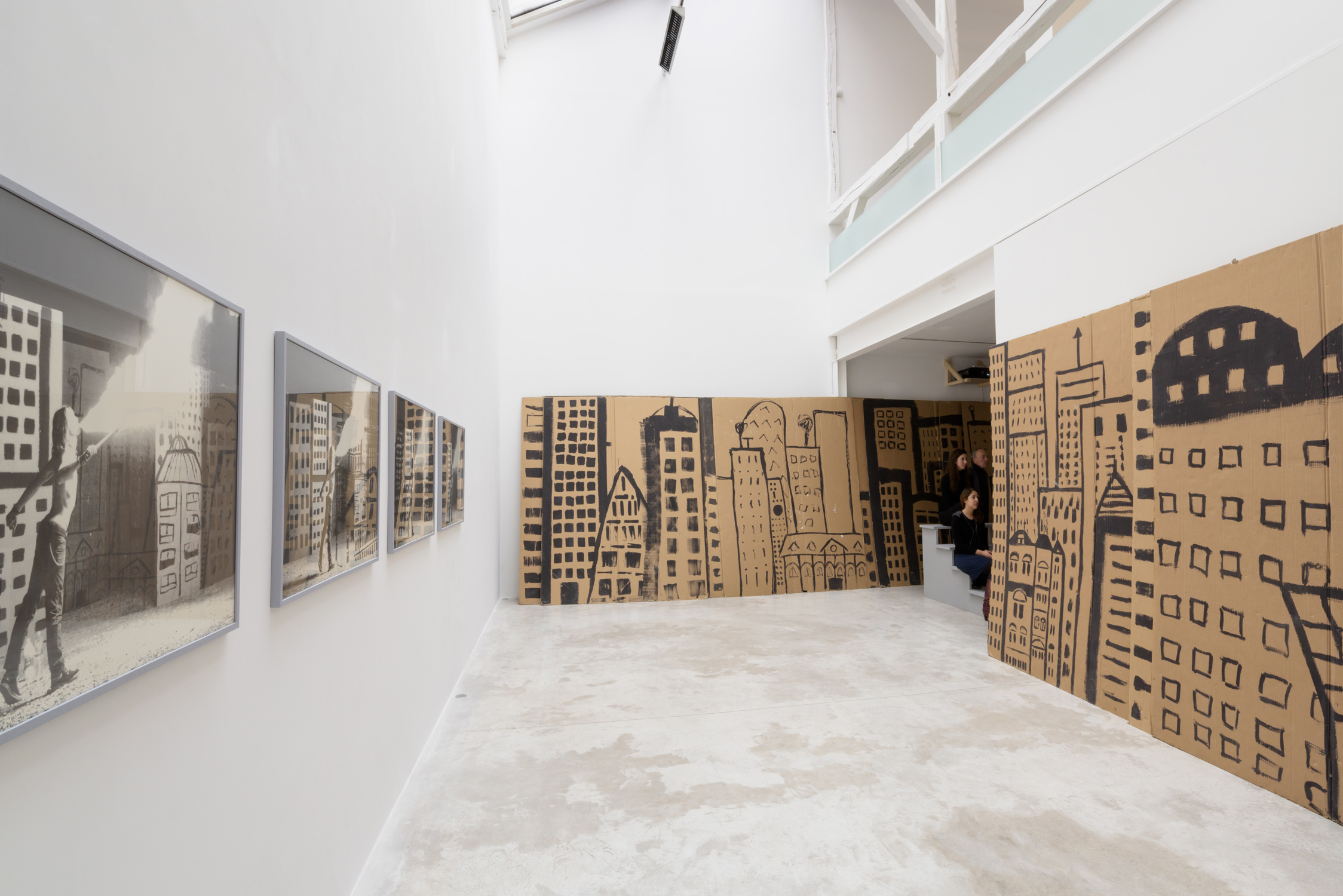 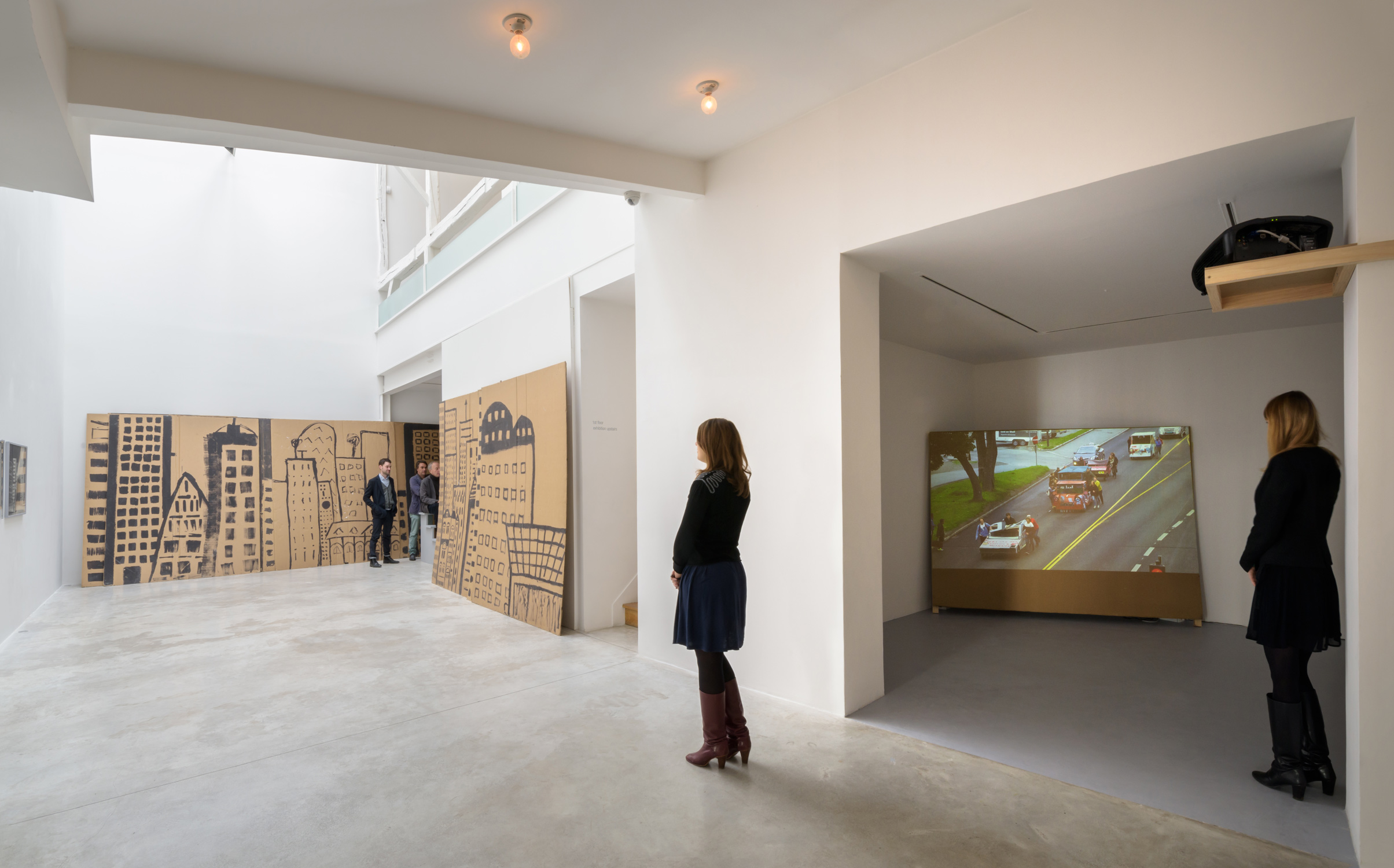 Protean (films, photographs, sculptures or installations), generous and singular, Jordi Colomer’s work is always recognisable. Often through the topics of town planning and architecture, the artist raises the question of utopias, humanist values, and daily dialogue with others. In this 4th personal exhibition (after Le Dortoir (the Dormitory) 2002, Arabian Stars 2005, and No Singing 2013), the Michel Rein Gallery is pleased to present X-VILLE (2015) in its installation format.

X-Ville (2015), a homage to the urban architect Yona Friedman, is in context with the mutual questionings that Jordi Colomer evokes in the interview with Jordi Colomer by Nicolas Féodoroff / Festival FID MARSEILLE in july 2015.

Your interest for town planning, the town and its uses, is a common theme in all of your works, films, photographs or installations. Produced during a residency in Annecy, in X-Ville you attend to the work of the architect and town planner Yona Friedman, more specifically to his work Utopies réalisables (achievable utopias) (1974) for whom every society is in some way an achieved utopia. How did you turn to film format?

X-Ville cites “Utopies réalisables” (1974) by Yona Friedman, using extracts that play the role of a film’s prologue and epilogue, sequences shot in a theatre, where in front of the camera, a young girl recites the text, which is whispered to her by an elderly lady, who then follows, taking her turn.? In the film it’s a question of another of Friedman’s works, the “manuals” that he produced between 1975 and 1992, a type of comic strip with very varied themes; questions of town and nature are addressed, but also African tales or Leibniz’s Monadology, always with a didactic intention. Friedman is a singular, eccentric, and in some ways marginal architect, but his influence is proving more and more important and his universe of projects, models and texts arouses many questions. The manuals have been published in over 30 countries and translated into some twenty languages, through photocopies or wall newspapers, Friedman’s favourite support. Paradoxically, “the manuals” are very scarce today – a re-print was made by the CNEAI in 2008, which is now sold-out and in any case far from being massively distributed, as was initially intended. I chose to liberally interpret one of the chapters “Où commence la ville” (Where the town starts) and to put it to the test through film format as well as through the passing of time. Friedman’s reflections appear very relevant today, maybe it’s the demonstration of one of Friedman’s axioms, which we discussed at great length before filming with the students during the workshop in which this project took form, agreeing that there must be two generations between the moment when a utopia is stated and the moment when it is achievable. It is also a question of audience and who the film is aimed at. I also regard it as a test series of chapters for an achievable television.?

How did you choose and then edit his texts??

Throughout the process, I always took into account, without great effort, Friedman’s advice on the importance of improvisation. A first choice was made during the shooting, following the requirements of the film’s own construction.? Above all, it involved bringing to life some very precise situations, just announced by Friedman’s very schematic, almost diagram-like drawings, which found an expansion over time, an extension by movement and by action.

A parallel choice of short texts, accompanying the drawings was drafted out to create a voice-over recording and a first edition of the film followed this text; then ¾ of the voice-over disappeared to give free rein to the situations, and liberate them from any illustrative effect. It has also to be said that this is the first time I have used a voice-over in one of my films?

Voice-over, lectures, wanderings and manipulation of decorative structures which figure in the town, how were these features elaborated?

The challenge was firstly to film images of a big generic city, “How do people live in these big cities?” and secondly  the propositions of a utopian city under construction. It was simultaneously a question of the existent and its transformation, meaning providing images of an “achievable utopia” beyond any librarian’s anecdote; to do this, the  need to create a world, which showing itself to be pure construction, pure deco, might admit these transformations  into its bosom with its own rules and laws, has imposed itself like a logical principal. A great decor which followed no pre-established plan, but which finds its place every time, which creates itself before the camera, which is made with “what we’ve got”, and which allows unexpected actions inside, lost sheep and dogs  chasing cockerels. Beyond any representation, and in the way they have contributed to  making  the  film,  one  should  see the animals, men, women and the relationships between them as an allegory of a possible audience, of an X-Ville which has already existed for some time.

As part of the exhibition will be presented  of 'Svartlamon parade, 2014', a film Jordi Colomer shot in the norwegian city of Trondheim. The film centers on the matter of public space recapture, seen through the lense of the archives of  the exuberant parades which were set in the city until the end of the ‘80s.