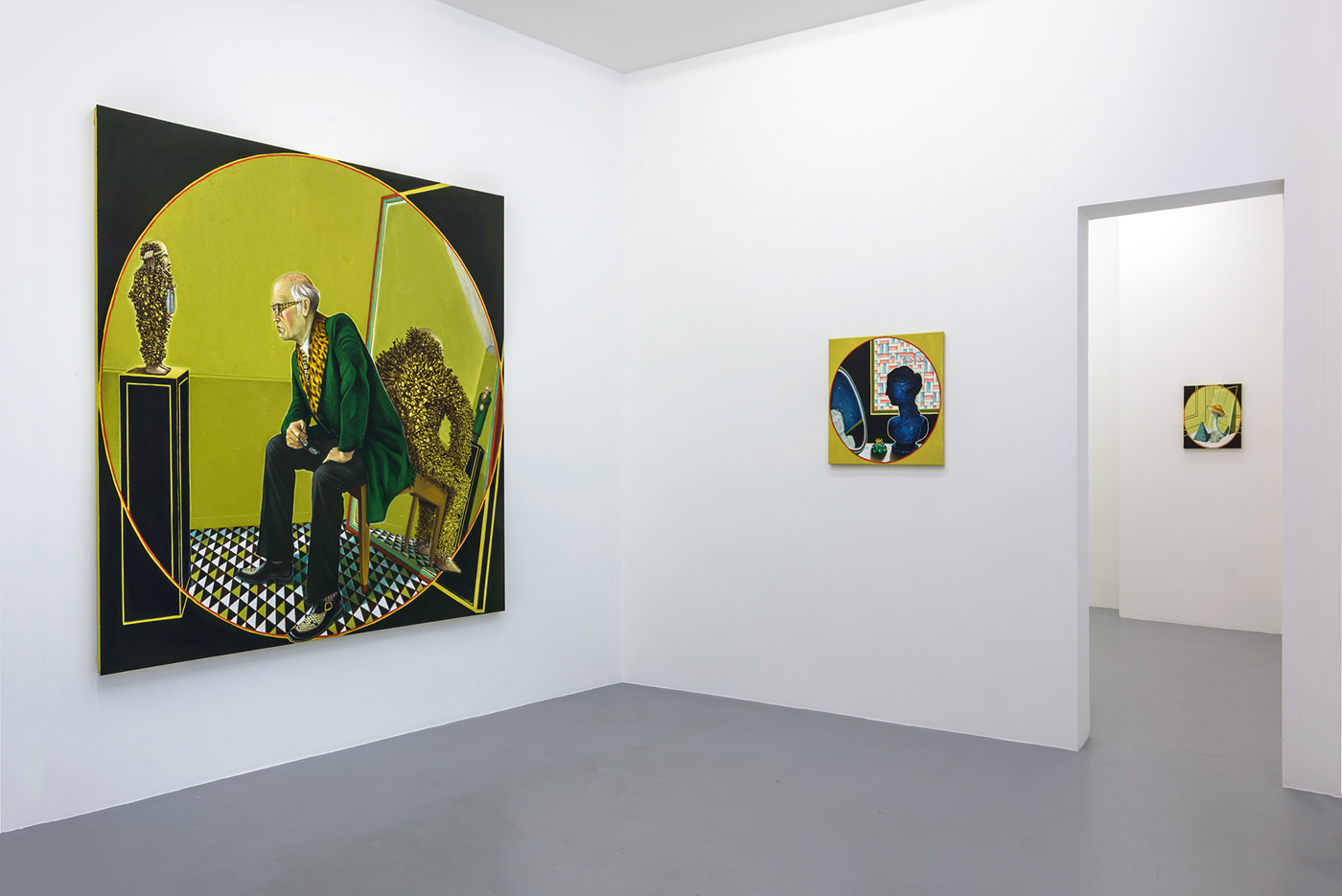 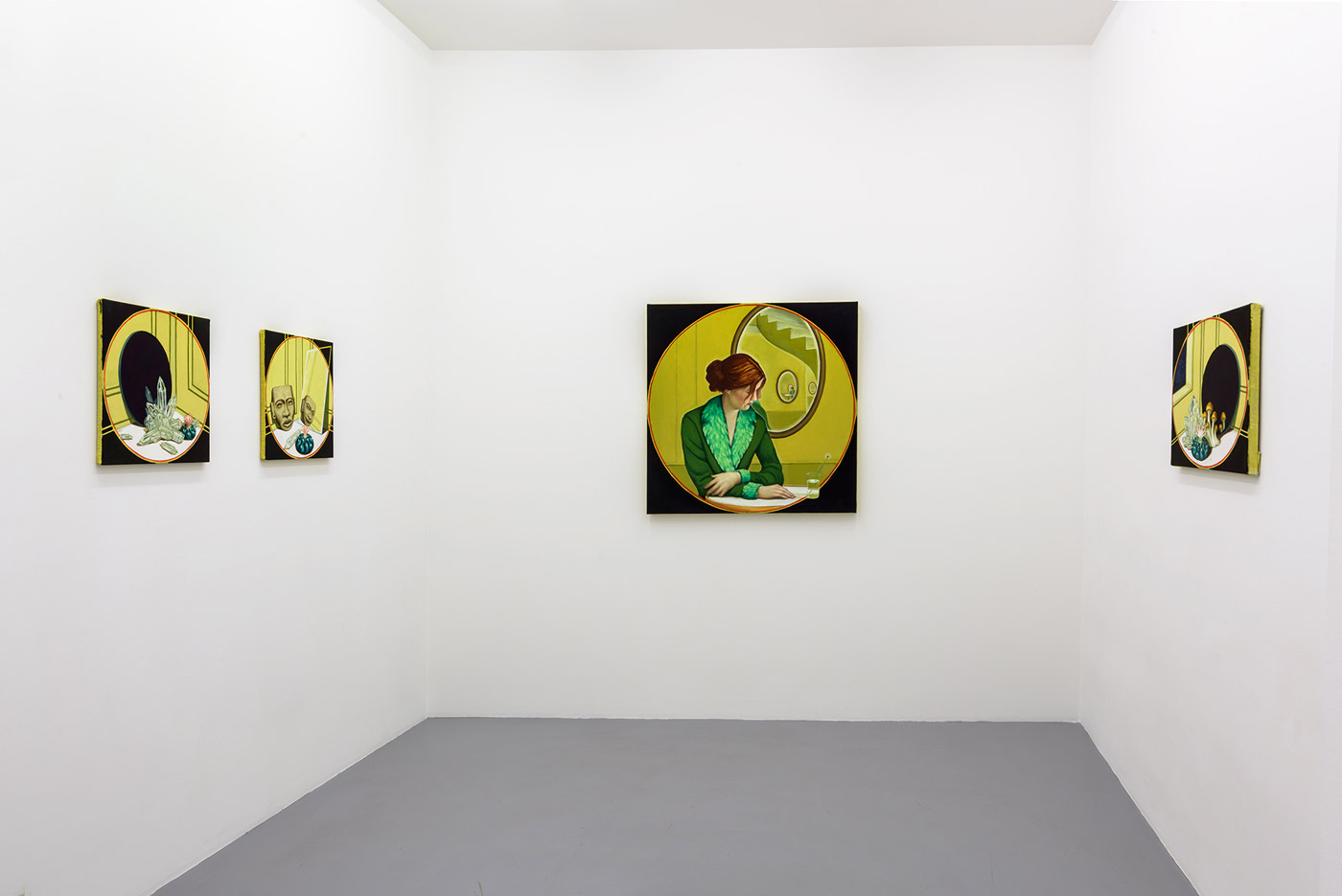 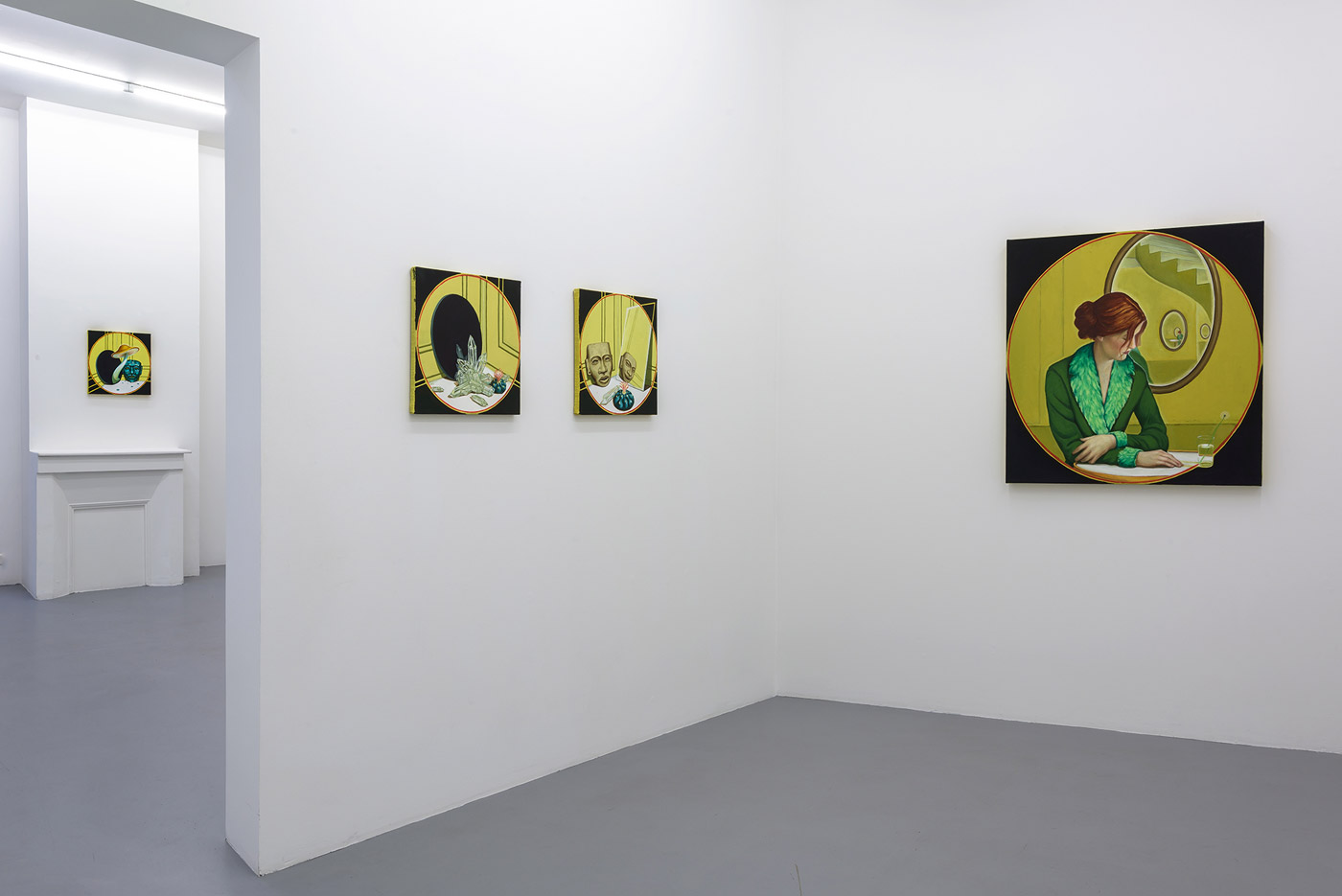 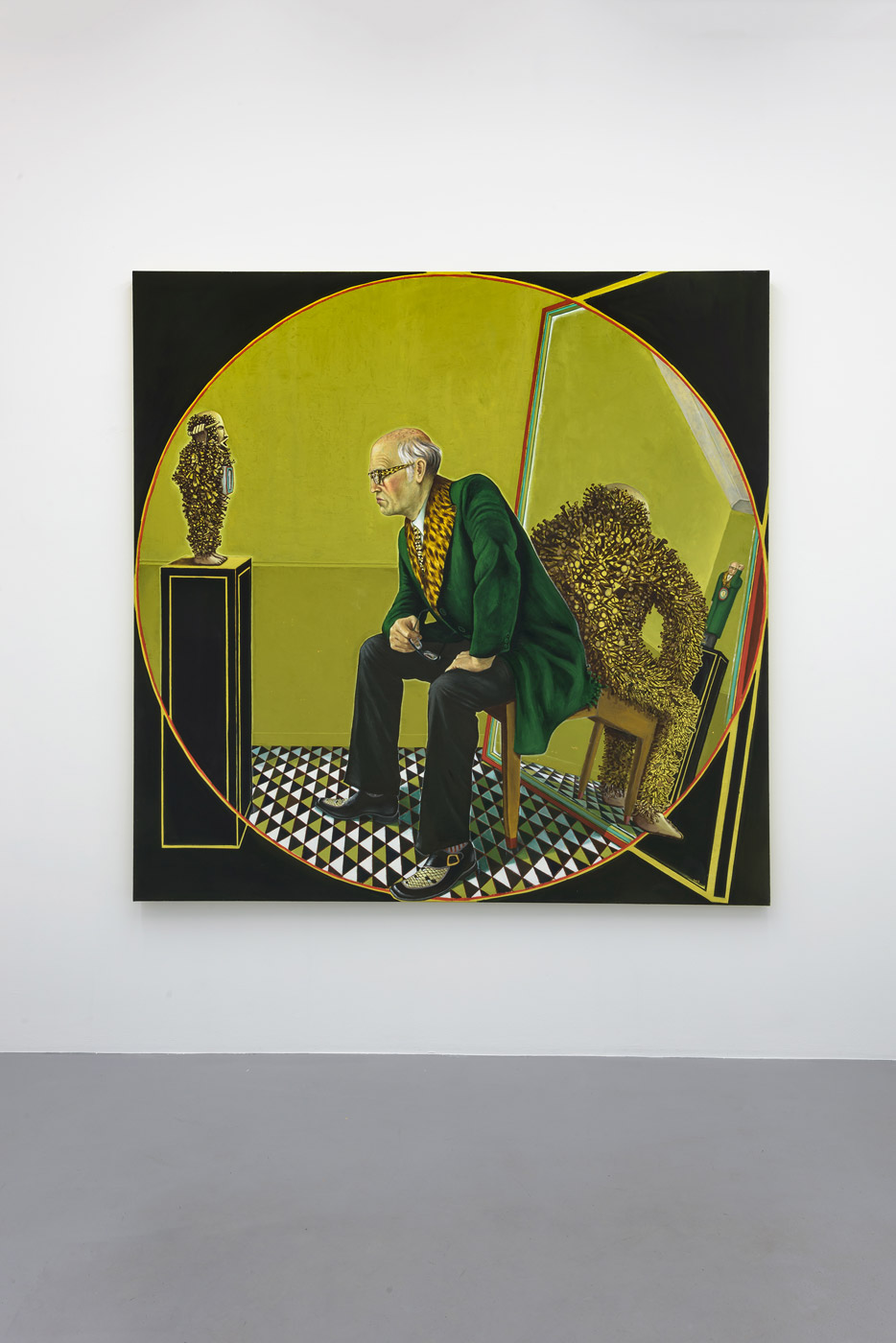 Edgardo Navarro’s paintings invite us on a strange journey into a history of art echoing that of great history. Is it because the modern world with its electronic data and money transfers cannot be easily represented, or is it simply that stories of renegades and spies in pre-war Europe or during the cold war offer better food for thought, that this artist weaves his work like a patchwork of stories…

In this open story, where each painting would come to enrich a new episode or a new turn of events, one imagines identifying wise men or magnates who have escaped from a studio in Babelsberg or Billancourt in order to ally with South American dictators or masters of the world hidden behind sunglasses.

In the midst of this theatre, the figure in counter relief or subjective camera, a Tintin and Burroughs fuelled hero endeavouring to unveil the secret even if it meant biting into a mushroom and seeing his image disappear in a mirror, or watching, fascinated, as spells are cast on bizarre characters. The precision in the depiction of architectural or clothing details enforces the marvellous character of this swaying from a timeless reality to an unknown destination.

Taking a different approach, one could say that Navarro is drawing a not so straight path between Neue Sachlichkeit and metaphysical painting and more generally, through these pictorial currents which have long been overshadowed by the firing power of modernism. However these paintings also bear witness to a fascination for enigmatic Renaissance paintings (when ambassadors also wore fur coats), at the same time reporting a flat reality in ochre, brown and black tones over which he passes his spotlight; unless these circles of light are a reminder of magic lantern sessions.

Saturn, as seen through electronic telescopes comes loose from a black sky and lights up a heap of paving stones placed on the floor of an apartment. Is it the upsurge  of a common rumour or an improvised monument to lost revolutions? The blind with its unaligned slats, superfluous in appearance, is in fact the essential accessory to anchoring this modern melancholy in banality. Behind this fantasy made of back to back tales, one can also read the artistic path of a Central American who was taught in Leipzig and maybe this same path constitutes a large part of the subject matter. This very real artist is also a witness to the fictions he invents and to which he partially belongs.