We are the last ones of yesterday, but the first ones of tomorrow
Maja Bajevic 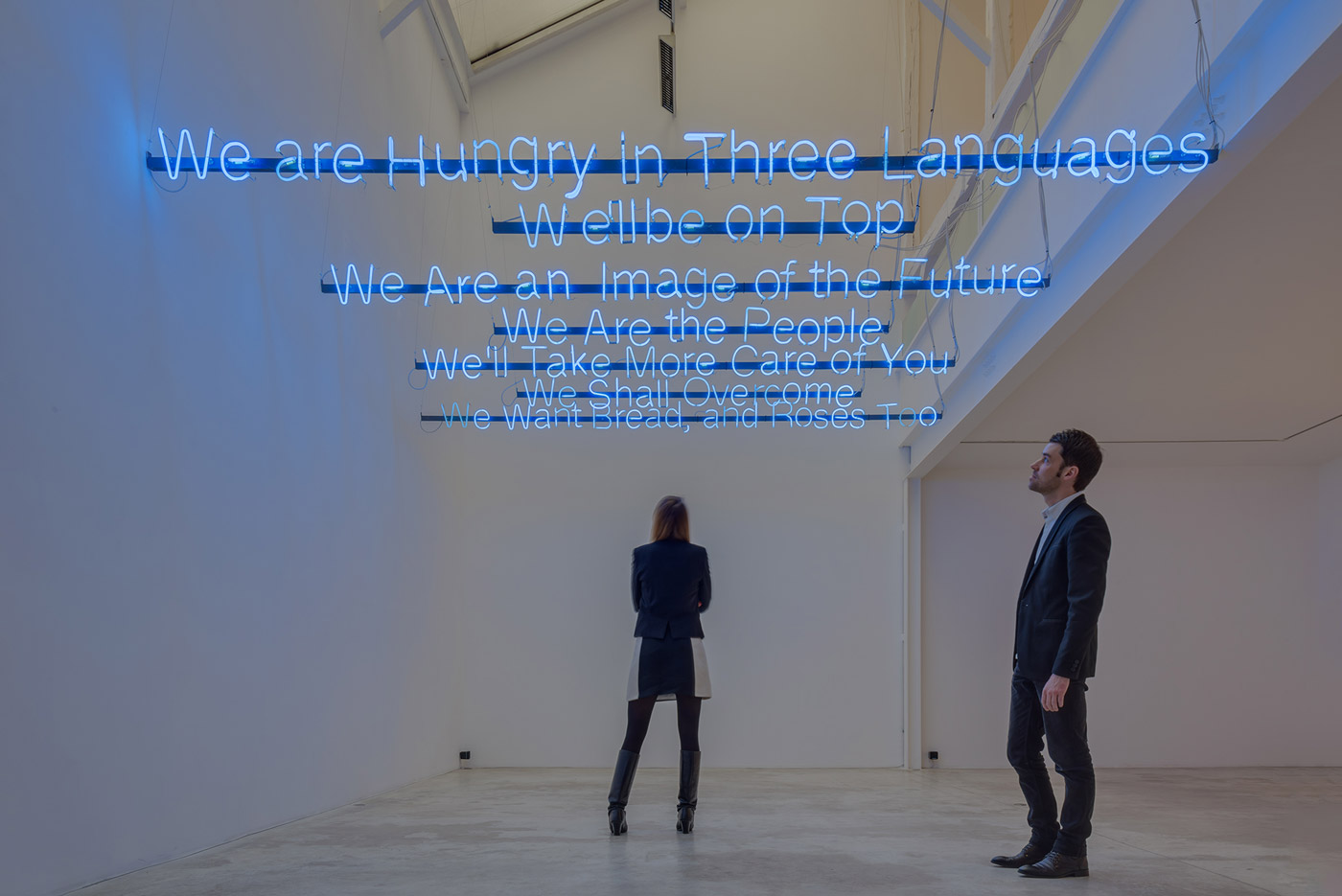 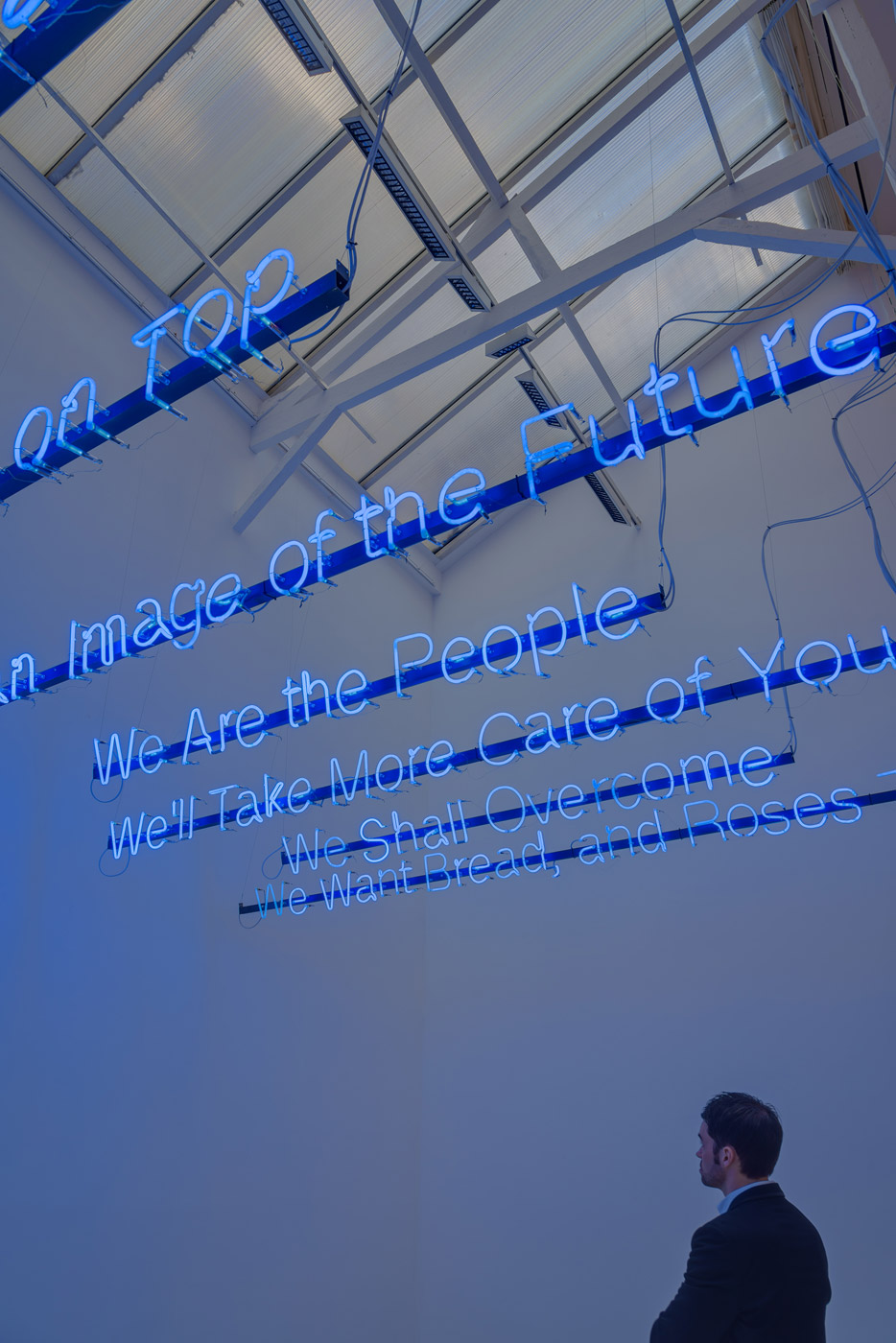 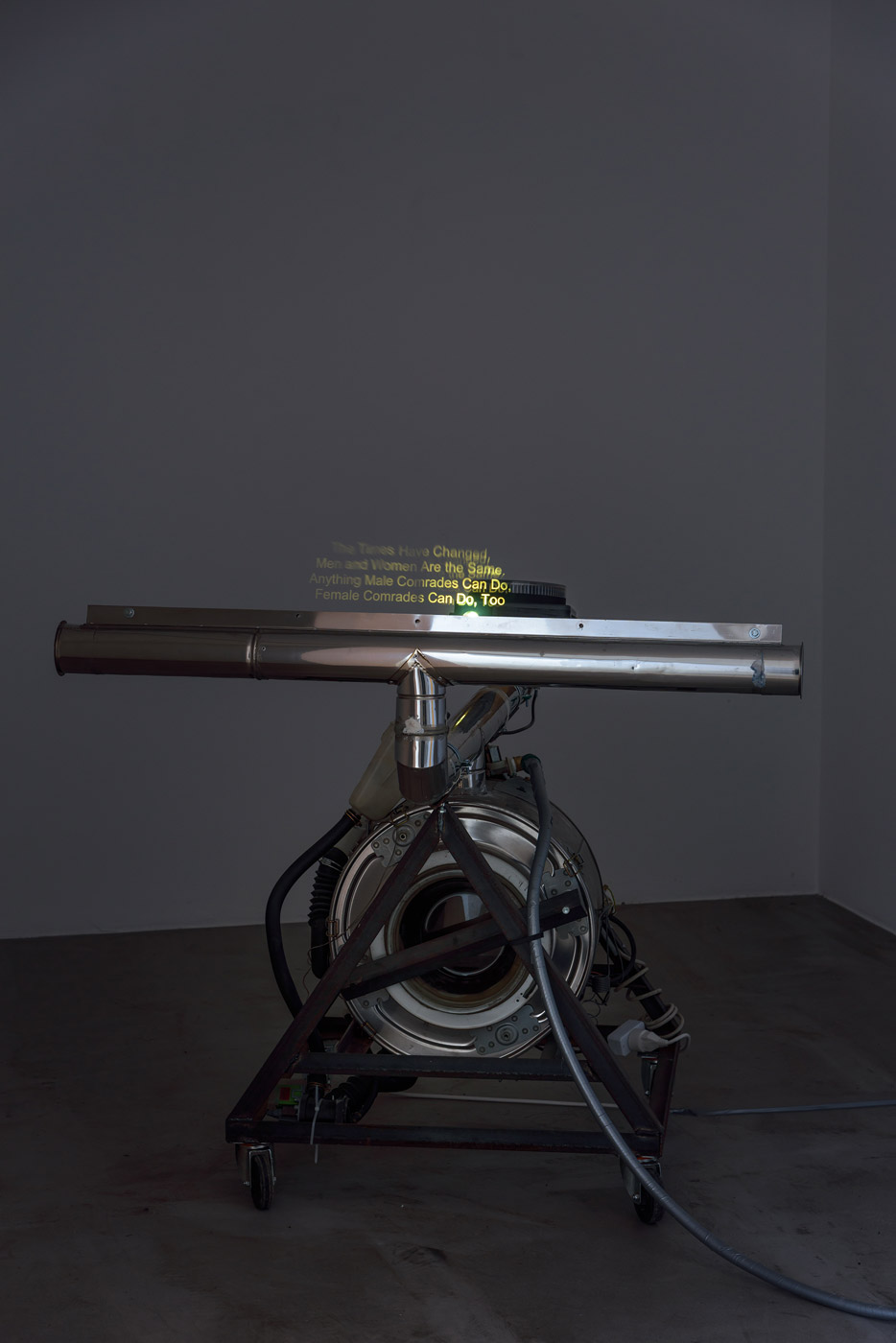 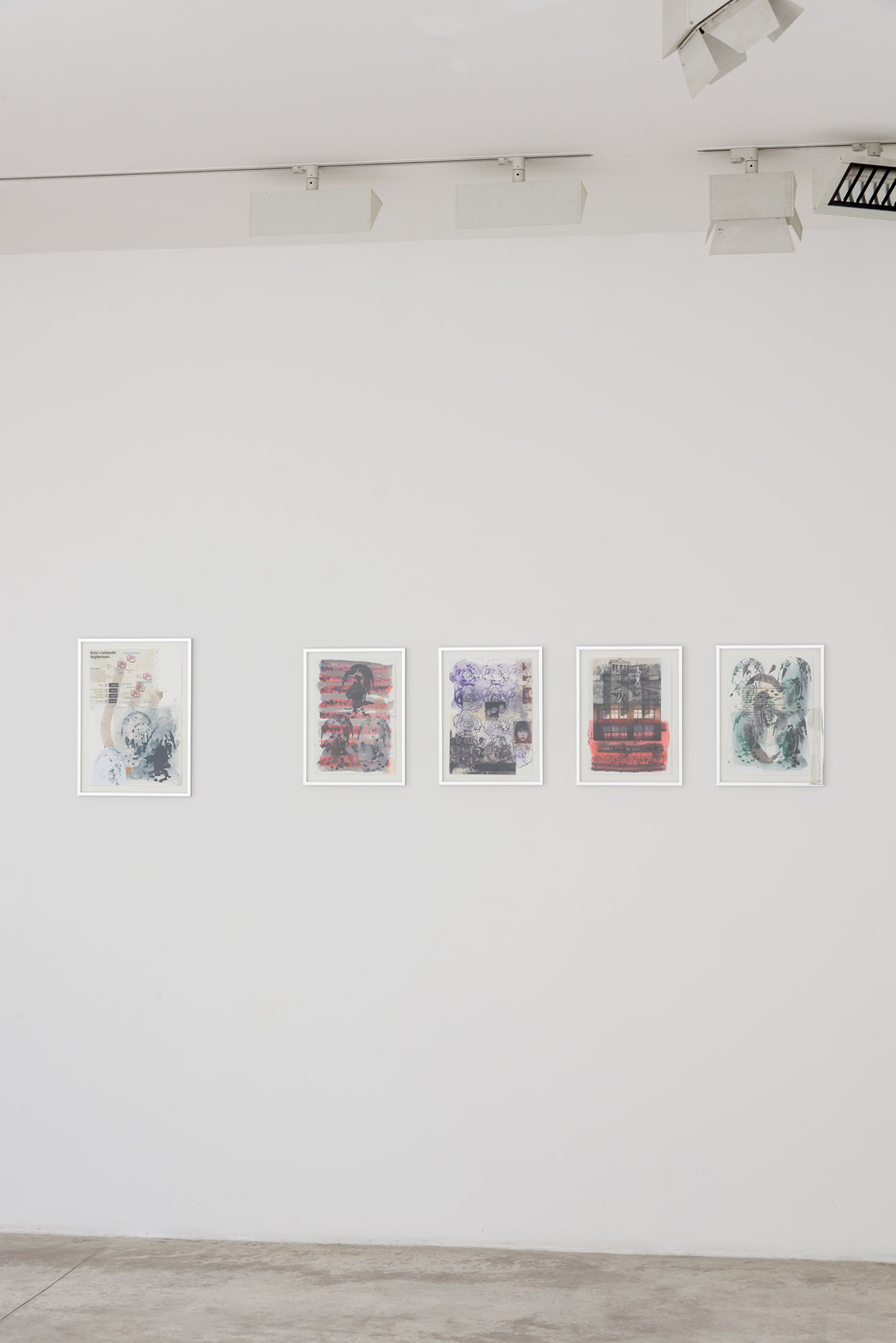 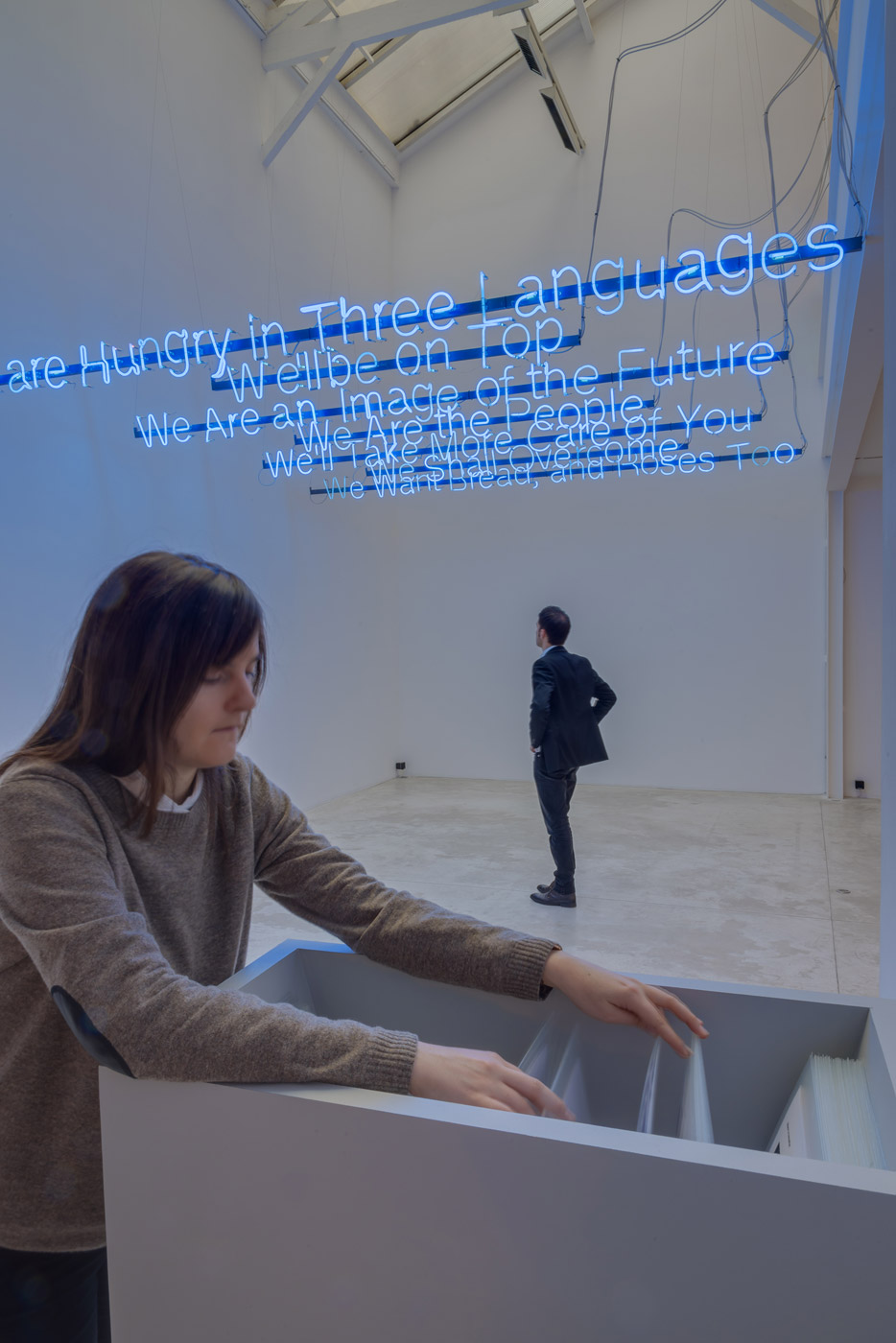 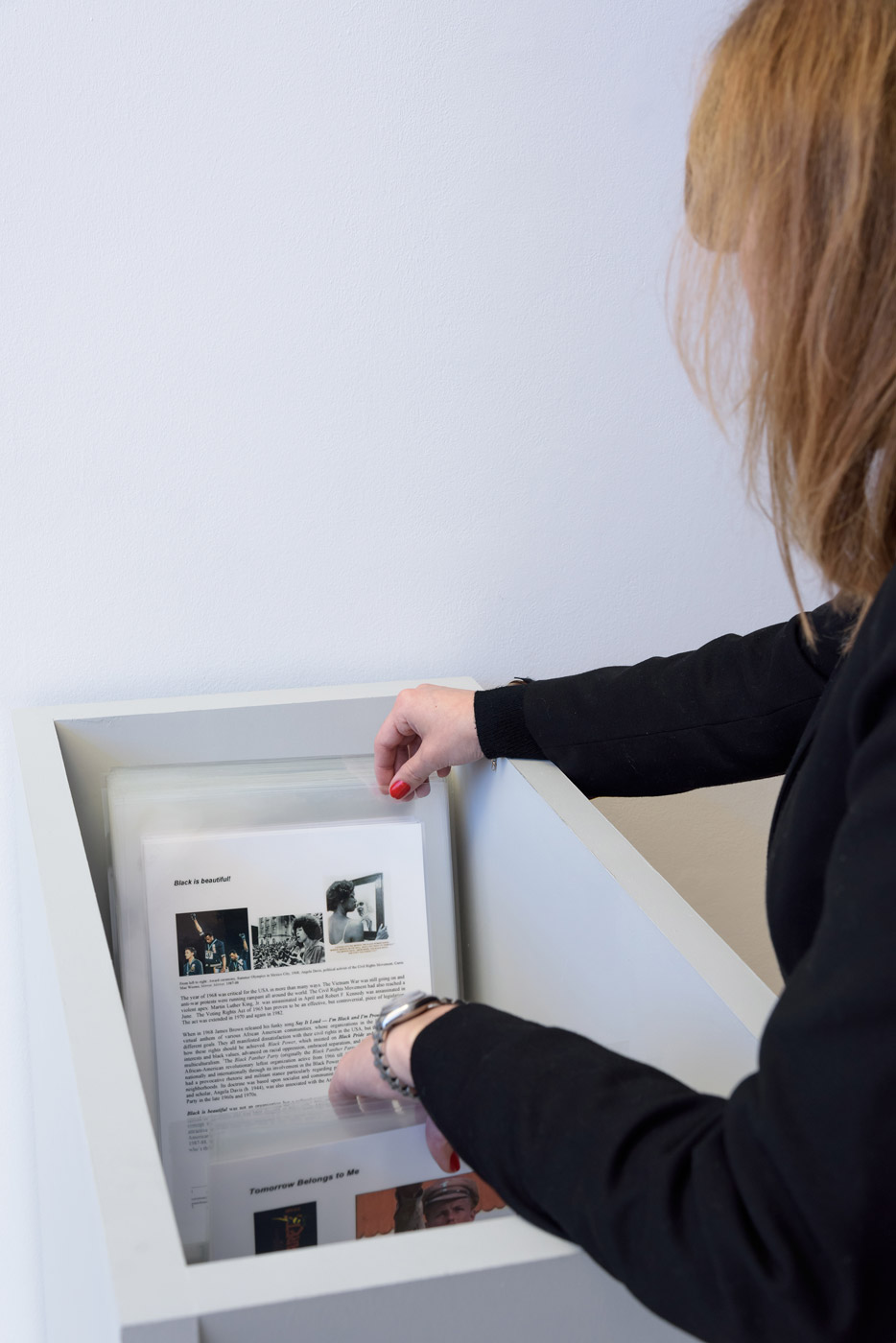 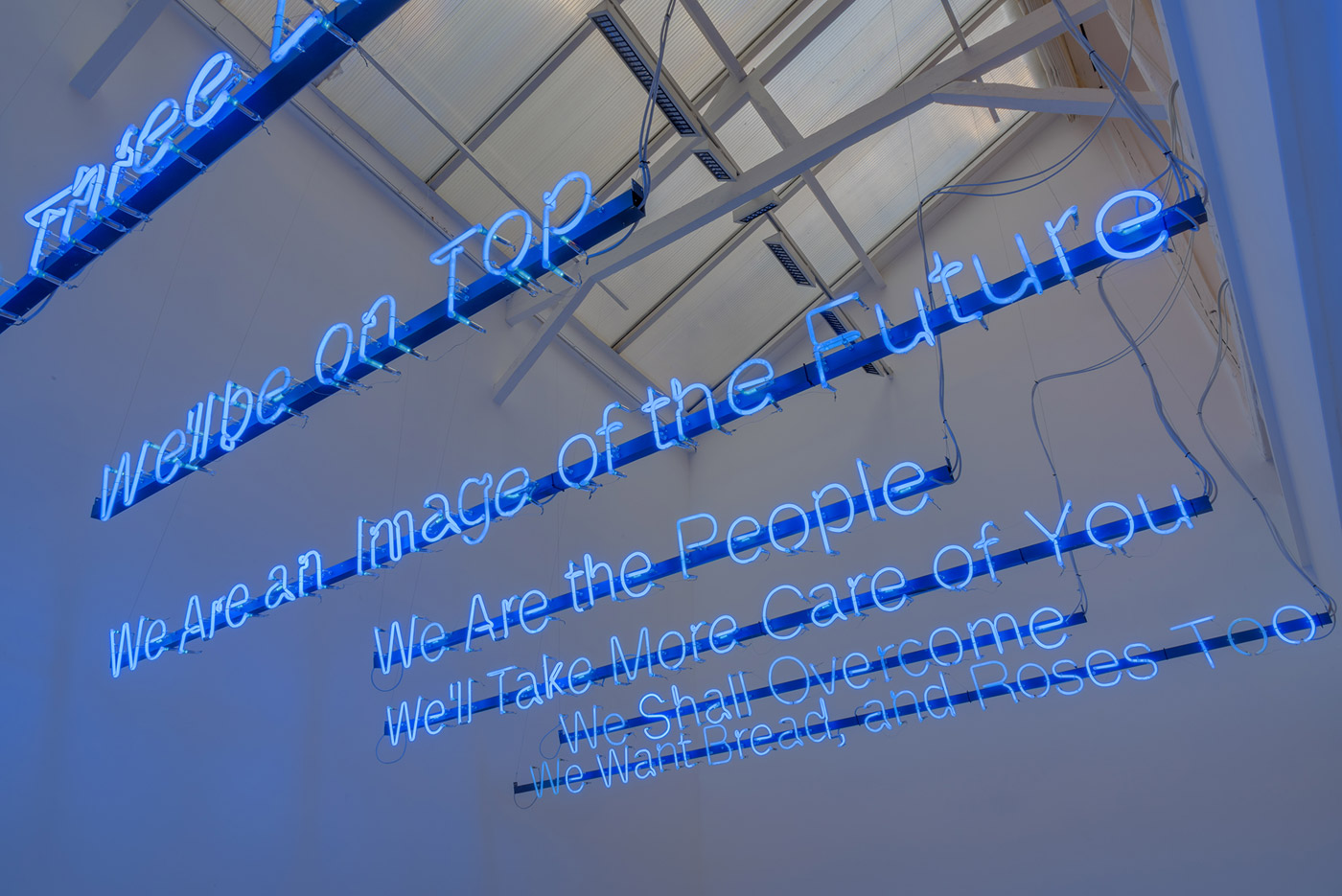 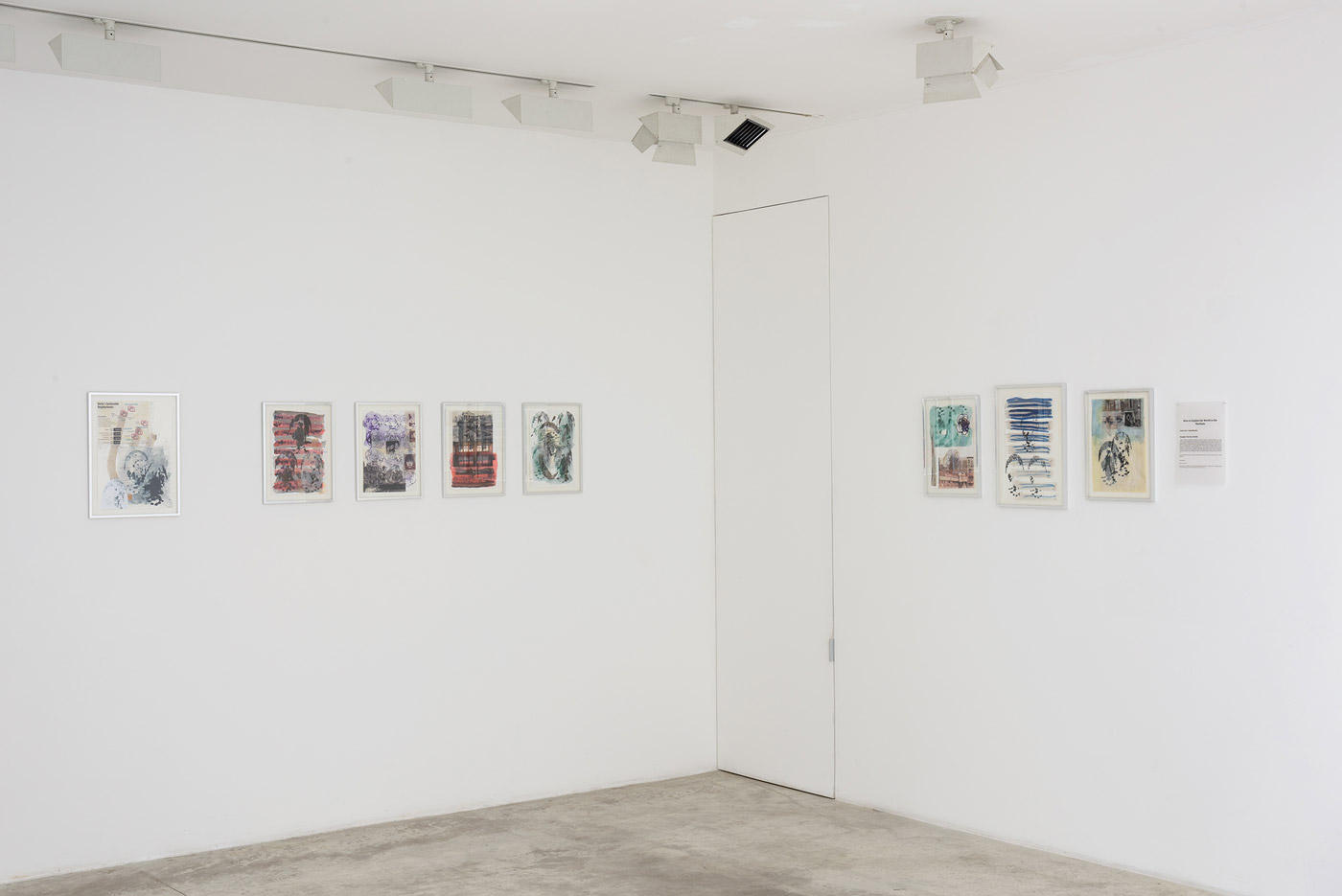 On the occasion of Maja Bajevic’s third personal exhibition at the Michel Rein Gallery (“Quelqu’un veille sur toi”, 2008 and “Terrains Vagues”, 2005), a series of phrases suspended in blue neon dominate the Gallery’s space:

We Are Hungry in Three Languages

We’ll be on Top

We Are an Image of the Future

We Are the People

We’ll Take More Care of You

We Want Bread, and Roses Too

Short, violent, incantatory, these phrases are part of a collection of slogans derived from the great social and political uprisings of 20th century, patiently archived by Maja Bajevic to be used as materiel for a series of museum exhibitions initiated in 2011:

A display case allows visitors to view 150 files, documenting this collection of slogans. Two voices, that of a man and that of a woman, recite the archived slogans in turn.

A “Steam Machine”, a -home made-construction, put together from a washing machine drum, where the laundry produces steam through which the texts and slogans are projected. In the mist, the slogans appear, become deformed, and then disappear, as if to show erratic changes in the historical moment in motion.

A series of drawings and collages from the project “How to Explain the World to the Martians” presented for the first time at the exhibition “The Unanswered Question. Iskele 2” at the Neuer Berliner Kunstverein (2013) explores the German capital’s past. Iconography of a vanished town, which lost its populations and its buildings to leave place for real estate projects at the service of a globalised gentrification.

The exhibition at the Gallery follows on from the work of Maja Bajevic, where personal experience, collective history, and great history merge. The question of identity is omnipresent, an identity which is constructed in a permanent comingand going, at times fluid and violent.