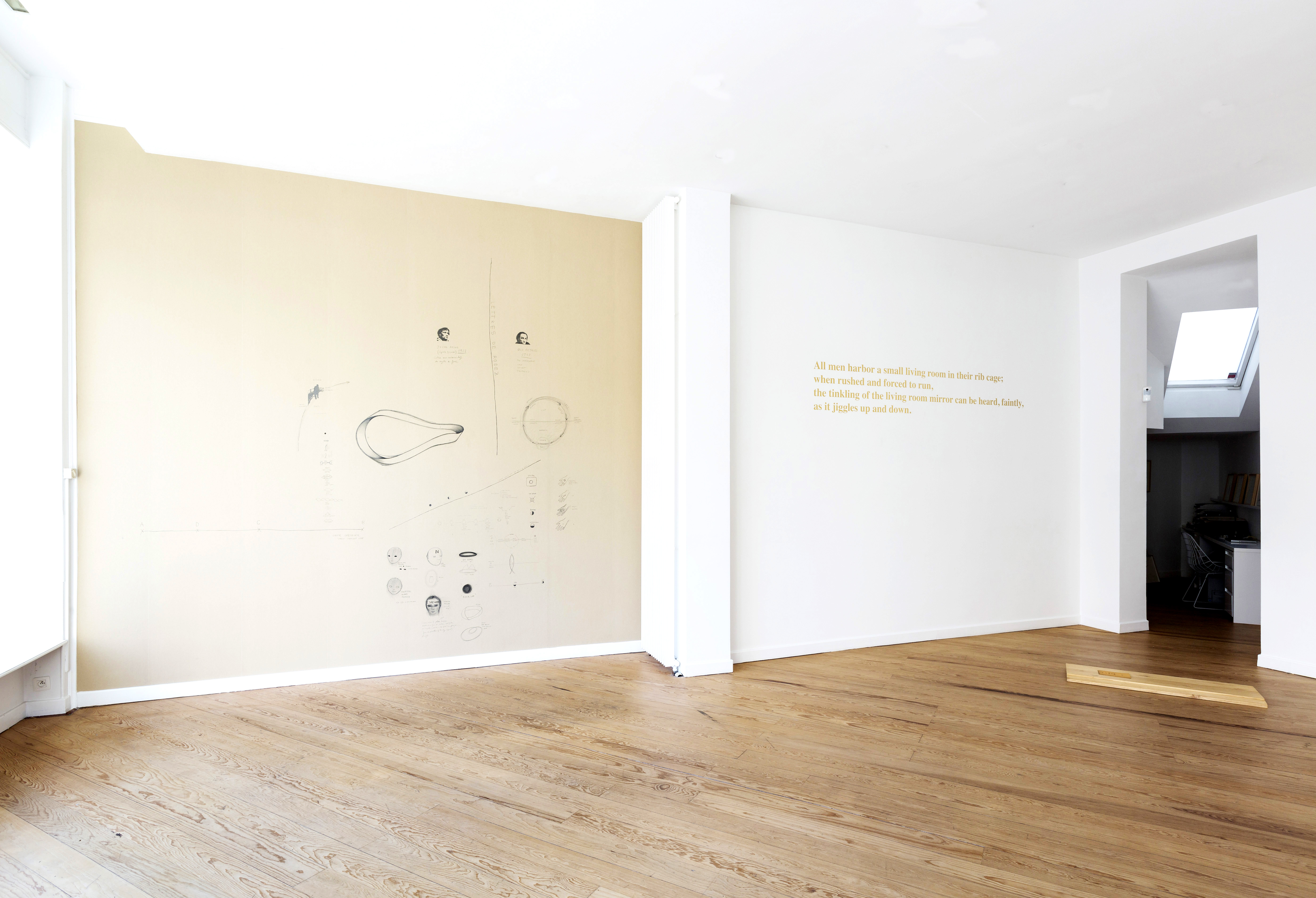 An elegant corner in Ixelles, storefront almost entirely in glass: an art gallery. And then on one of the windows the message in golden letters, like the ones they used long ago in graceful shop windows similar to this one: There is a hole in the real. Il y a un trou dans le réel.

The message is somehow alarming- there is a hole in the real. Certainly some passers-by will have recognized the Lacanian terminology:

“Namely, the fact that language is not in itself a message, but that it is only sustained from the function of what I called the hole in the Real.”
Joyce and The Sinthome, Lacan, seminar XXIII

Even if you are not aware of it, Philip K Dick has prophesied everything that is happening now: all of our present Weltanschauung. But he felt, with a sentiment common to many other authors, that he was not really writing his texts- they wrote themselves through him. He claimed language was falling violently on him at night, a “tachyon bombardment of language”.

The nocturnal visions of Philip K Dick are collected in frantic annotations and diagrams, a prototype of graphomania, with a certain likeness to the seductive diagrams by Lacan, Robert Walser’s microscripts, and the cuneiform scribbles of Fernando Nanetti. Or the Mad Marginal charts by Dora García, also on view in this exhibition, in the form of original drawings on wallpaper, or as notebook replicating the volume of the book L’Angoisse by Jacques Lacan.

Language is as aggressive (“eating the real”) as it is protective. In certain traditions, a text is placed at the main doorstep or at the doorposts of a house to fend off the darkness outside. The name of God “Shadai" is written on some of them, meaning “Guardian of the doorways of Israel”. Other texts on doorsteps might be less sacred but no less transcendent.

Therefore we can see in the gallery the sculpture “Doorstep piece (Rodez)”, an old film, remastered in HD, and a new gold-leaf text on the wall complete the exhibition.

The old (and looking new) film is Film (Hôtel Wolfers), 2007, a study of “Film” by Beckett, as an infinite traveling shot through the Hôtel Wolfers in Brussels. The new gold-leaf sentence on the wall is atypical of the series initiated by Dora García in 2003. Longer than usual, it refers to a quote that deeply impressed her as a young artist, noted down hastily with a pencil on a piece of paper, forgetting to record the name of the author. And she has not been able to trace the origin of the quote ever since.