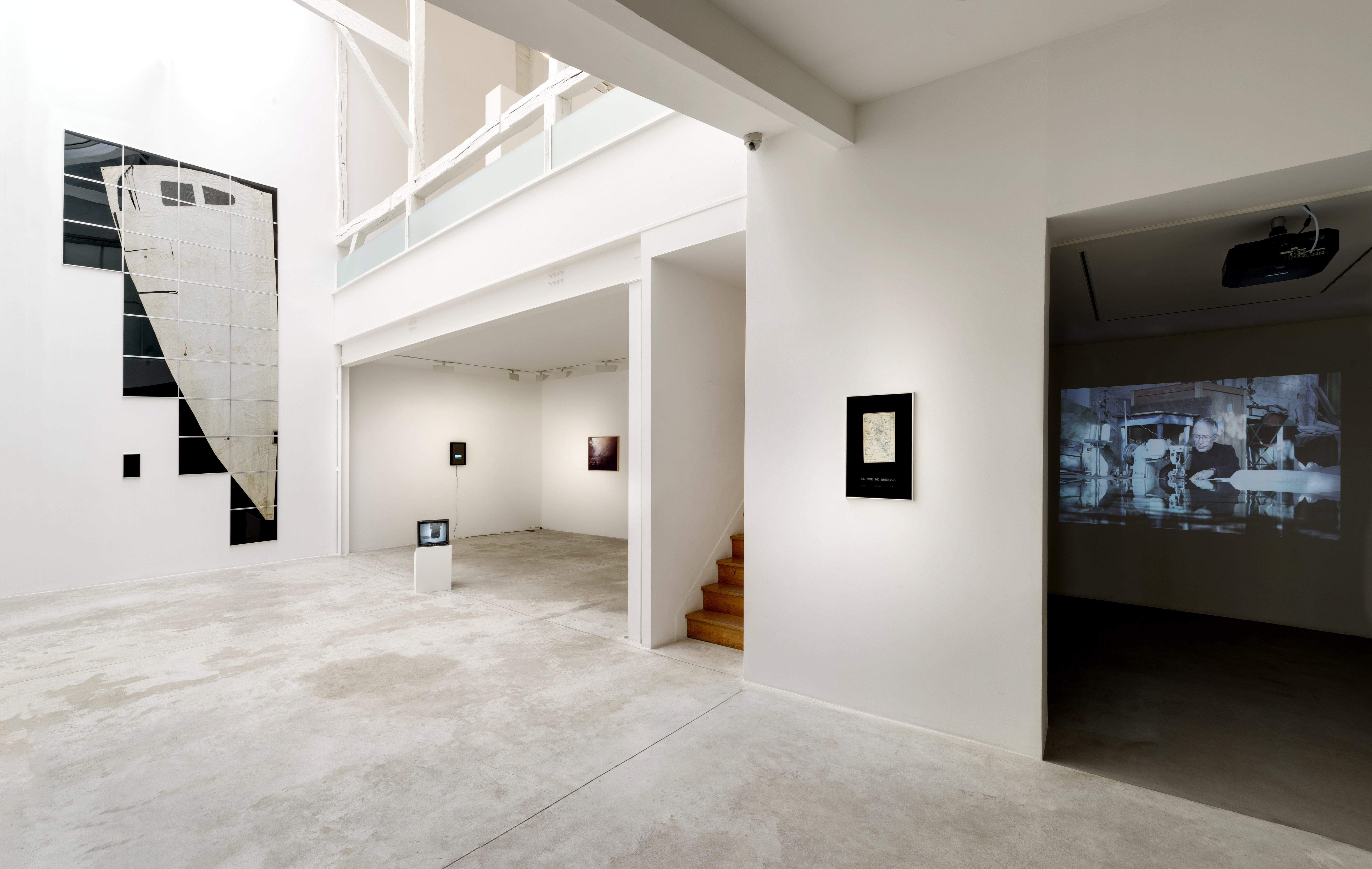 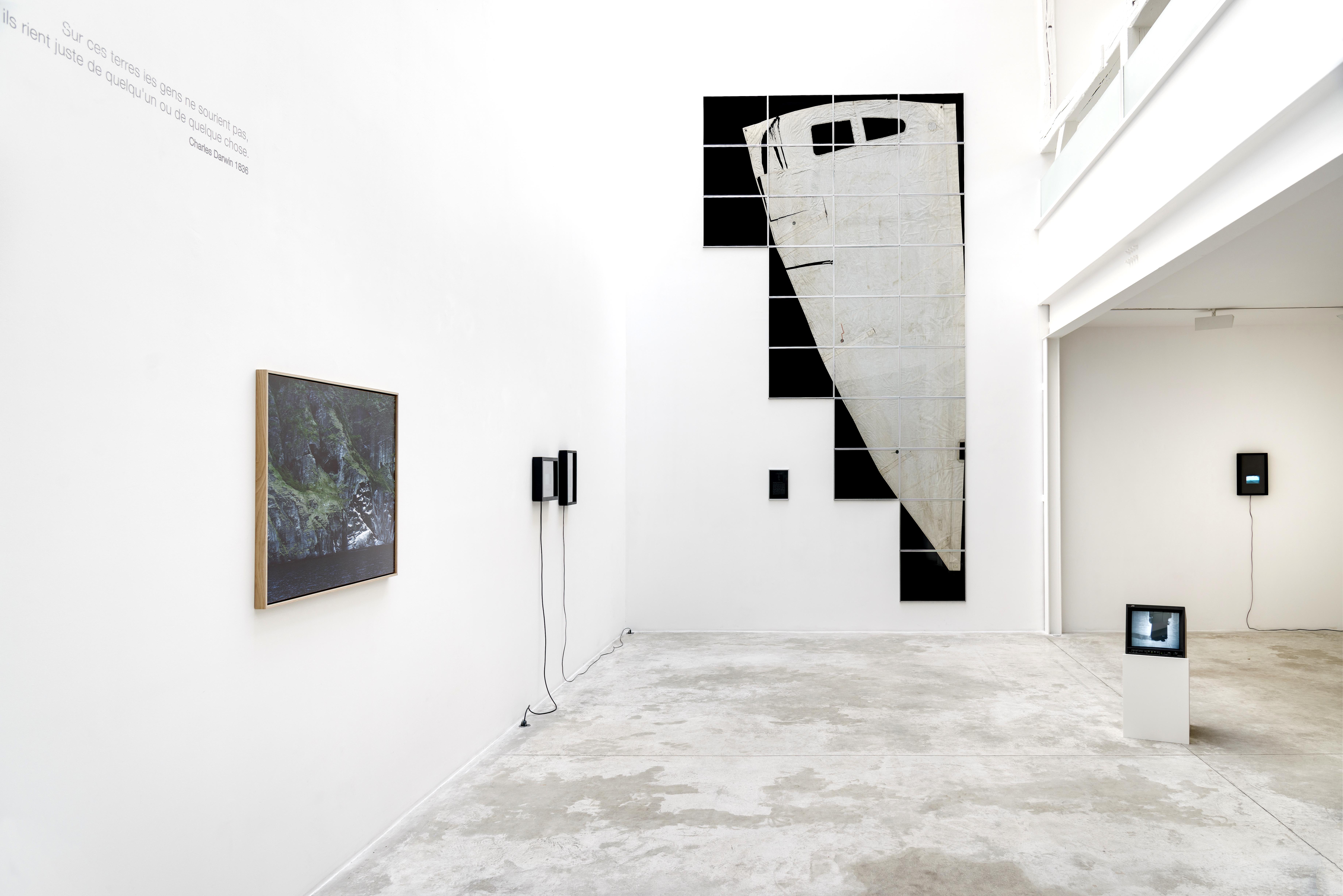 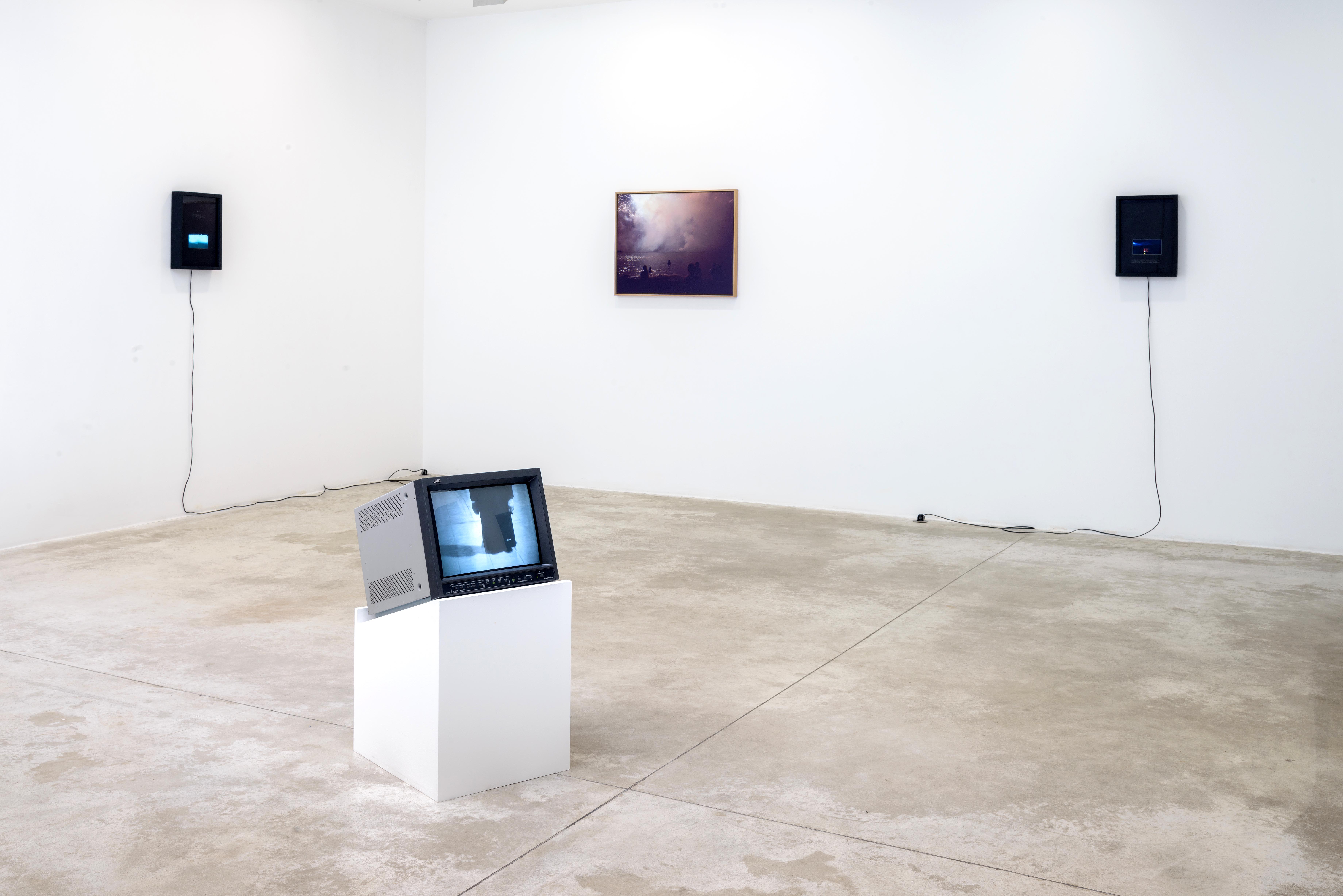 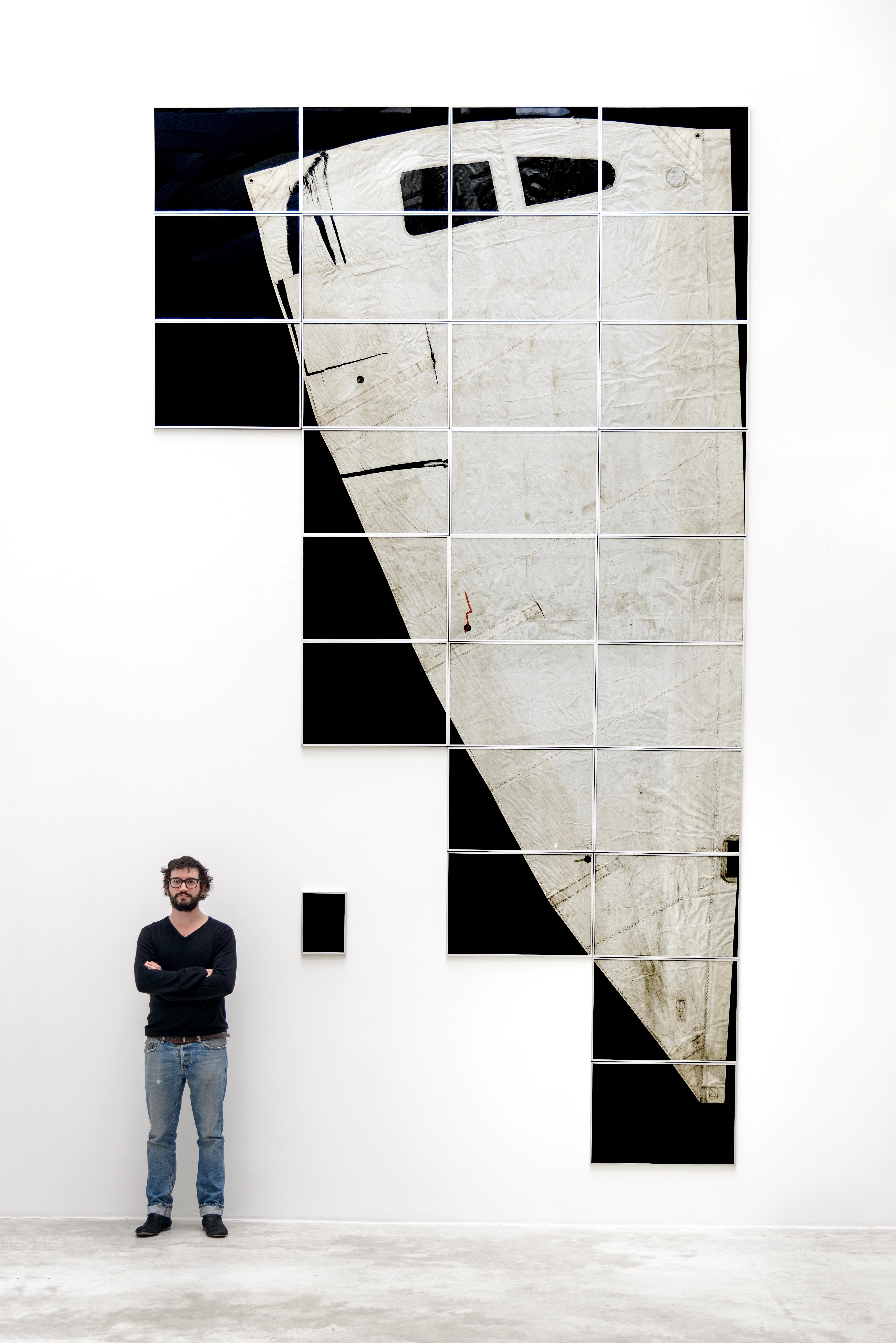 We are very proud to announce the first solo show at the gallery of Enrique Ramírez (b. 1979, lives and works between Paris and Santiago de Chile).

Enrique Ramírez’ work lies in the gap where fiction and reality mutually enrich each other. Through metaphorical means, the artist questions our world and its migratory flows. His various approaches verge on ethnography and sociology. Fuelled by his findings of accounts of identity, cultural divisions, the conception of death, he produces films and installations within a poetic atmosphere. The artist speaks to us of historical events, navigates from mythology to daily events, and opts for the fictional tale, therefore transforming the assumption of a sociological study.

The works on display at the exhibition Cartographies pour marins sur terre (Cartographies for sailors on land) by Enrique Ramírez result from his approaches and his explorations. As would a cartographer, the artist demonstrates on different supports a space; the sea. This space, held as real, is treated as a metaphor here. Effectively, further to his collection of pieces of information, Enrique Ramírez sews them together, superposes between them, like calques. In this way he demonstrates his plot. Delicate lines traced onto glass plates or poetic texts inscribed in his videos serve to enhance certain aspects. The pieces of information given are sensations, geopolitical situations, migratory flows… A narration sets in between videos, photos and drawings. This metaphorical space is expressed in a concise and poetic way, therefore offering us an escape into the imaginary.

Water is omnipresent as a central theme in the work of Enrique Ramírez. Here the sea and its outbursts also reflect the search for oneself. Evolving in saltwater with all that is induced, results in purification, driving us to freedom. Water materialises the circulation of ideas, knowledge and exchanges. However there is also the underlying idea that water can sometimes be an obstacle, a barrier to all of this.

This time we are not witnesses to a departure but to a long journey. The decision has already been made. We feel the fact that travelling brings us back to the essence of our condition, indulging ourselves in it deliberately. The travelling is delicate as much for the outbound as for the return journey. However, on the contrary to Icarus burning his wings whilst escaping from exile, Enrique Ramírez’ characters are in a semi-lethargic state of numbness conducive to thought.

Even though the artist has seized the sea as an immensely vast space, he chooses to present his work on small screens, naturally creating a certain intimacy and a preciousness of the moment described. Effectively the visitor has to get a close look in order to discover what is shown and expressed. Little by little one discovers details and goes overboard to the other side, into another world. Just as one is propelled and mixed with Et le Monde toujours s'en va (and the world always goes away). The titles Nouveau monde (New world) or IV Heaven confirm this other-worldliness. Could the sea be the announcer of a new era as a metaphor for a re-enchantment of the world in the face of current crises? Politics and the artist’s interest in immigrants and the exiled are always present. A world map printed on the pages of a passport, a house pushed out onto the ocean, sailing to a better place? Here the journey denounces policies and puts the people who endure them in the foreground.

The essence of Enrique Ramírez’ work revolves around art, sociology and politics. The latter two subjects are approached through real, fictional and mythological facts offering an enriching detour. The journey, the wandering, these aqueous surfaces express a current unease of the individual, of the artist facing the economic crisis, facing political crises which are unresolved to this day. In this way one could say he comes close to German romanticism. Enrique Ramírez’ work is a contestation of political systems wasting human relations. It’s a view in the face of a present which conceals its past, whilst torpedoing its future.