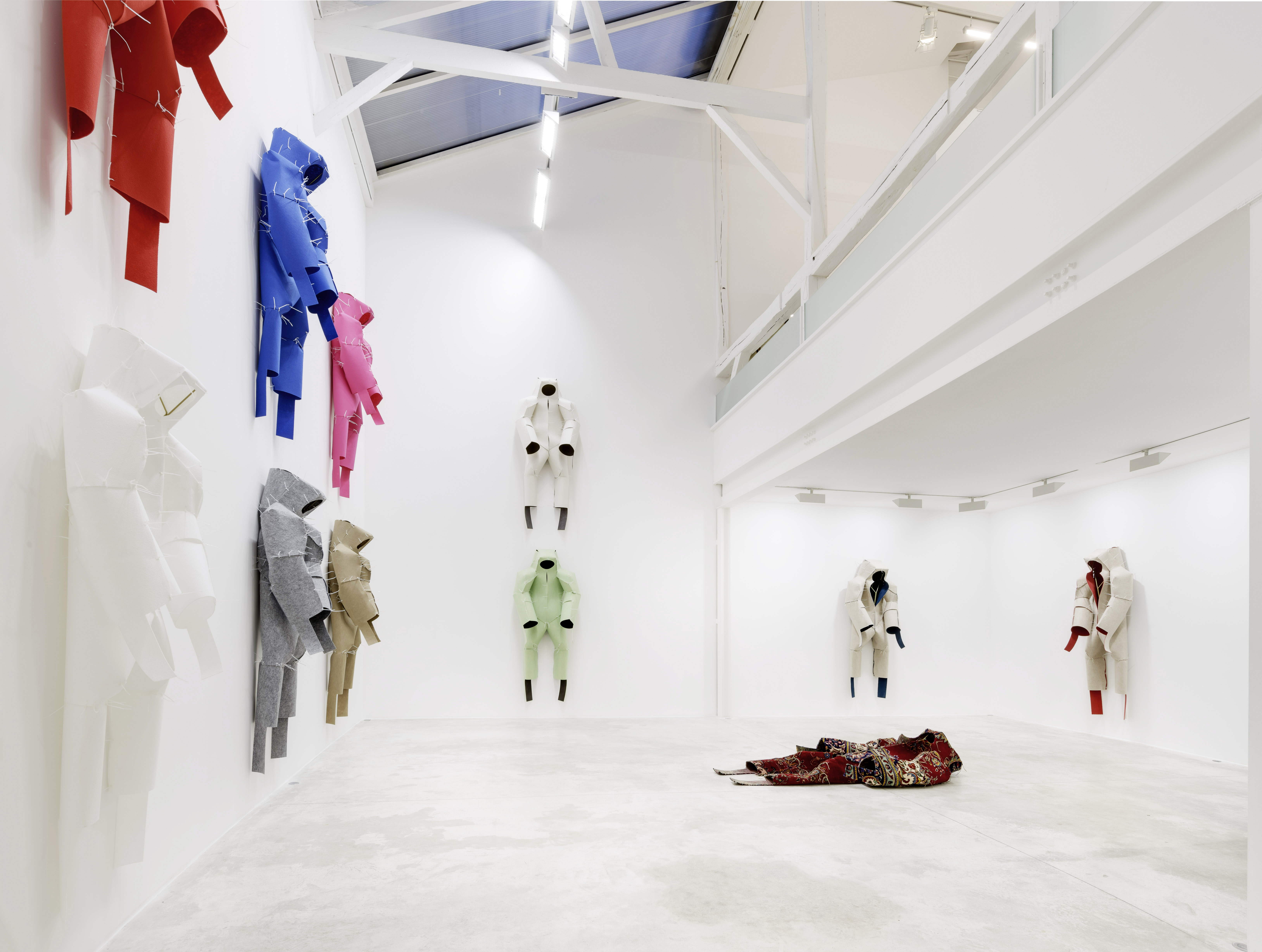 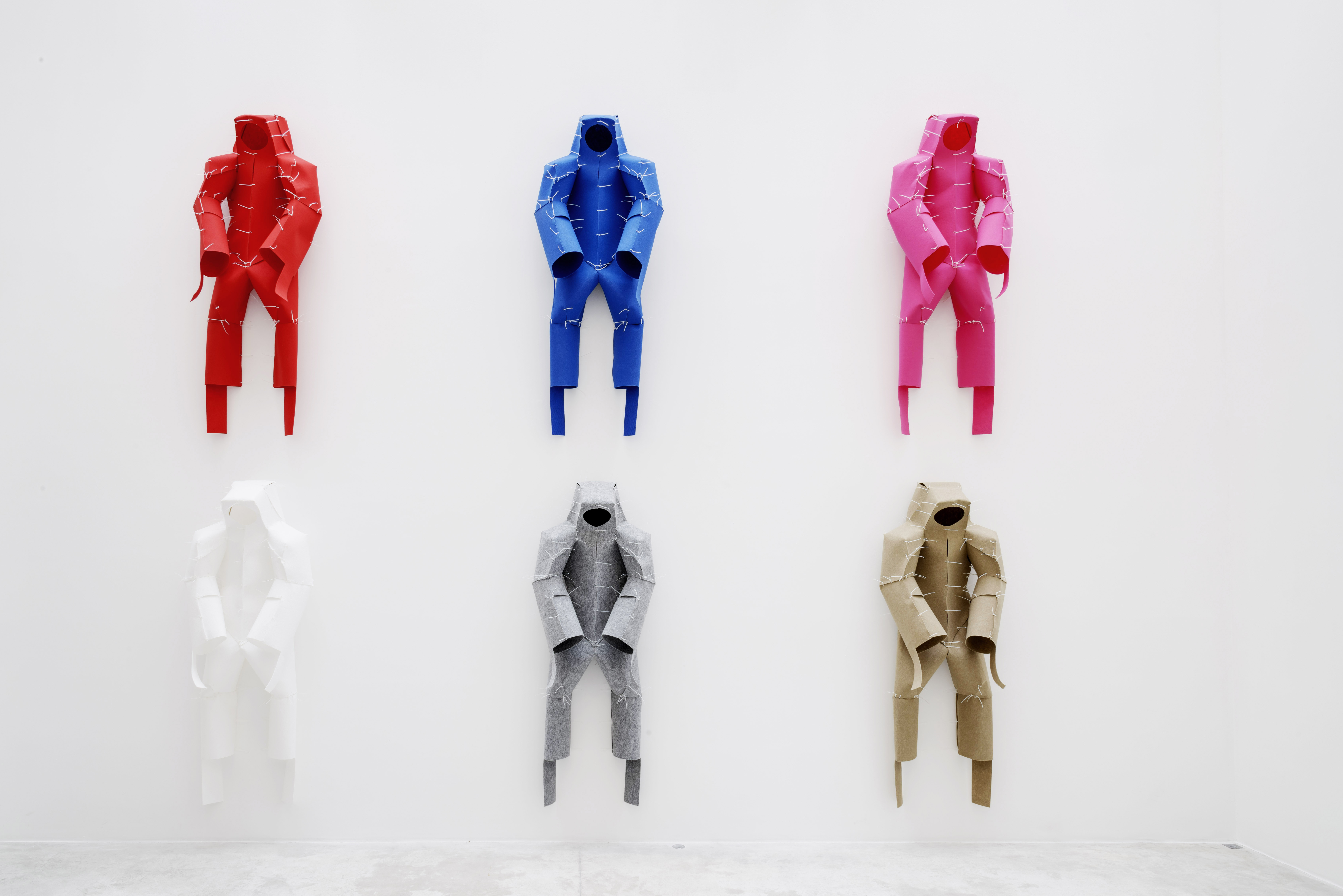 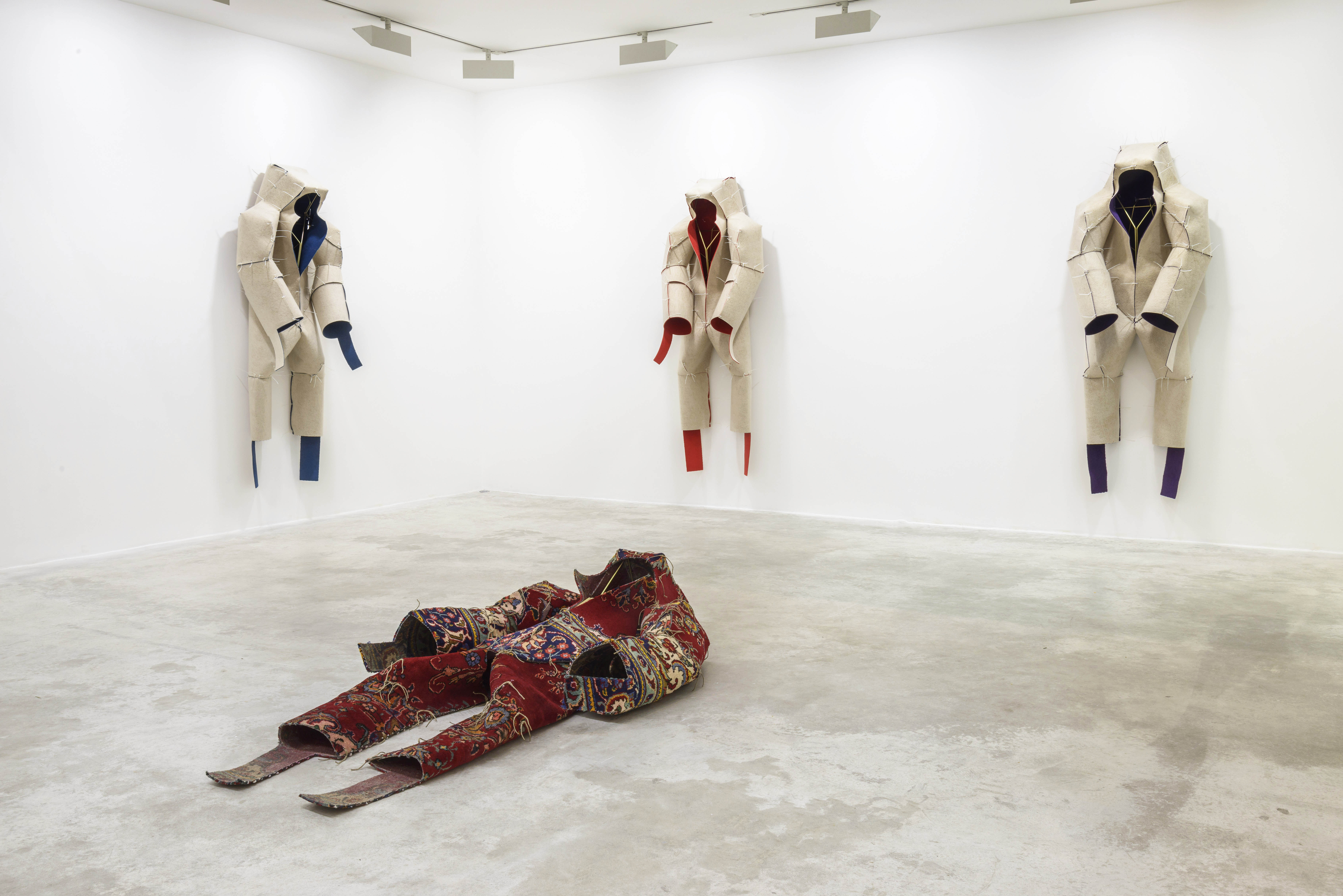 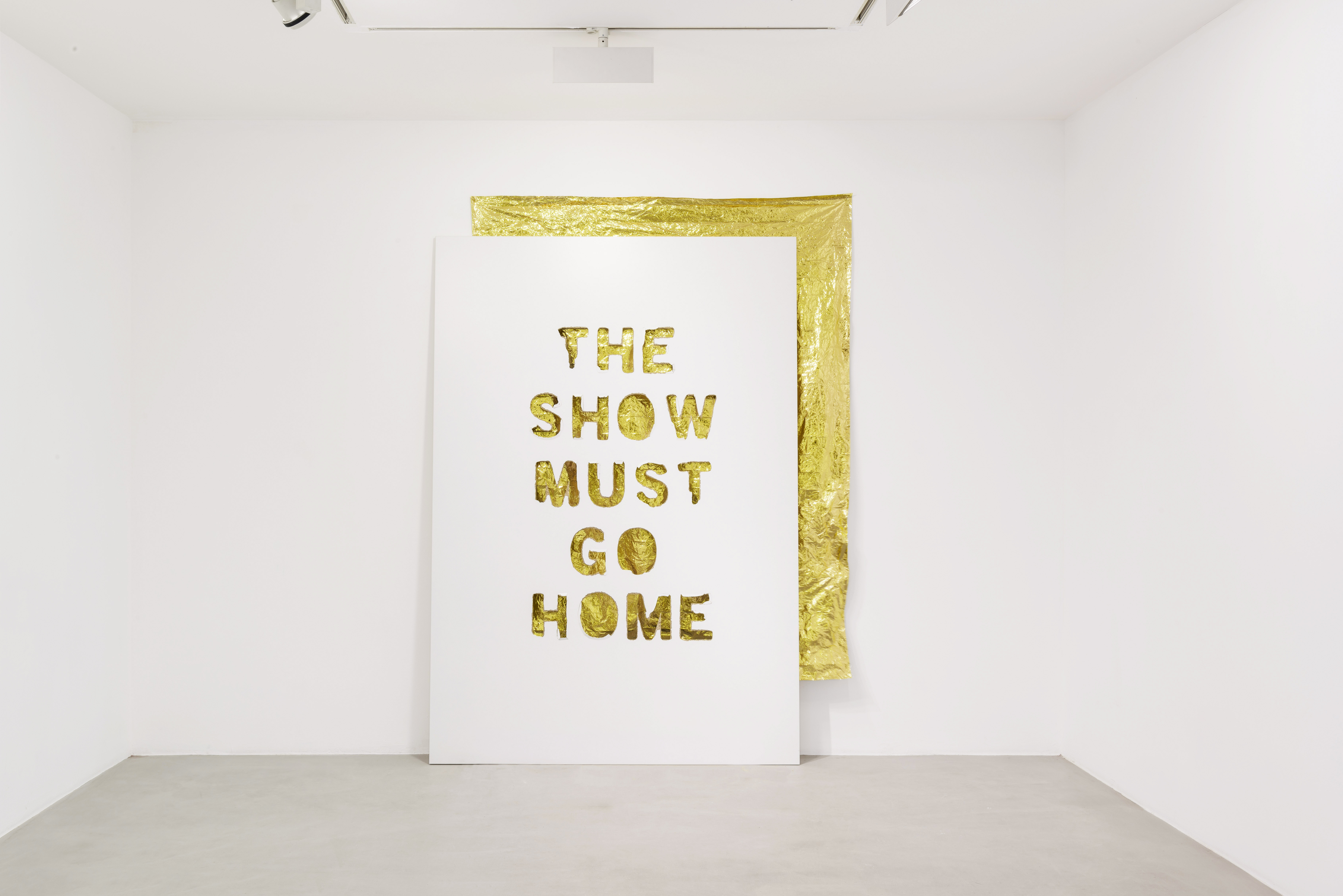 For his second personal exhibition at Galerie Michel Rein , Didier Faustino invites us to step outside of our homes and penetrate an ambiguous world, which strangely resembles our own but is haunted by other versions of us bearing armour built from the materials of our own homes.

The exhibition WE CAN'T GO HOME AGAIN mobilises the signs of our familiar environment but strives to turn it inside out literally like a glove, projecting the visitor into an unstable universe. Alternately summoning Absalon, in particular his series Cells, and the performances where Joseph Beuys, wrapped up in his felt cover, shuts himself away in a gallery, Didier Faustino's exhibition plays on the motives of hindrance, movement and inversion.

The semantics of the titles beckon to be heard. The name "HOME" reoccurs like a litany which is apparently gentle and discreetly discordant. In this manner the show must not "go on", as the saying goes, but rather "go home" ("THE SHOW MUST GO HOME"). This home is however declared inaccessible ("WE CAN'T GO HOME AGAIN"), and its proverbial sweetness has transformed into a suit ("HOME SUIT HOME"). Whilst circulating between these titles, the meaning shifts, themes of habitat and comfort rub up against those of appearance and the irreversible.

However, the installation is characterised by its reversibility. In the same way that the home finds itself alternately represented as a dwelling to occupy and an impossible destination, the anthropomorphic figures occupying the main space of the gallery constitute both interiors and exteriors, containers and contents. They invoke strange stories: which man is of the type who's made himself from this soft armour? Against which insidious peril? Against what disaster is he looking to survive? Which sophisticated means enabled him to design the skilful patron? Protection built from typical flooring of our abodes shows the opposite and seems to both arm against the dangers and point out their nature. Our models of home, our way of organising and housing our bodies, our spectacular edifices and the constraints opposed to our flesh are all effectively concerned here. Didier Faustino's combinations somewhat toughen the architectural intention, to a point which expresses a categorical criticism of domestic planning.

If we recognise the transgressive relationship of the artist to architecture, we also find the worrying strangeness which characterises his work as a visual artist. Multiplying effects on meaning, the pieces of the installation lie within a resolutely experimental and multiform work in progress, which maintains a brotherly relationship with the unfinished opus of the film-director Nicholas Ray, to whom the exhibition's title pays homage.
Strangely worried in front of our flats and our offices, which have suddenly been made inhospitable, we are led to think of the lives which light up our familiar decor and of the fictional borders which supposedly separate art from our lives and political decisions from our esthetical models.