IF THINGS ARE NOTS AS YOU WISH, WISH THEM AS THEY ARE
Stefan Nikolaev 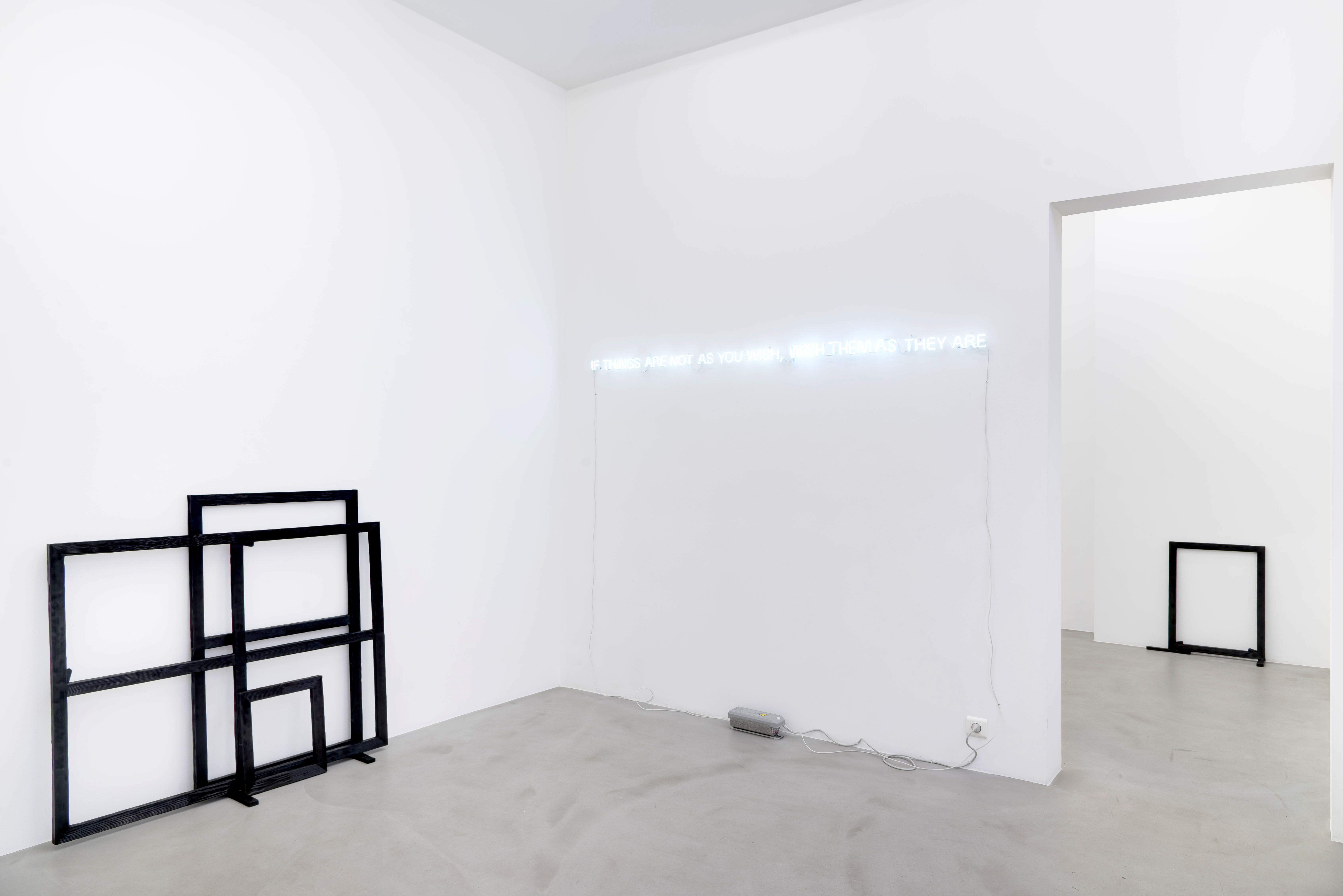 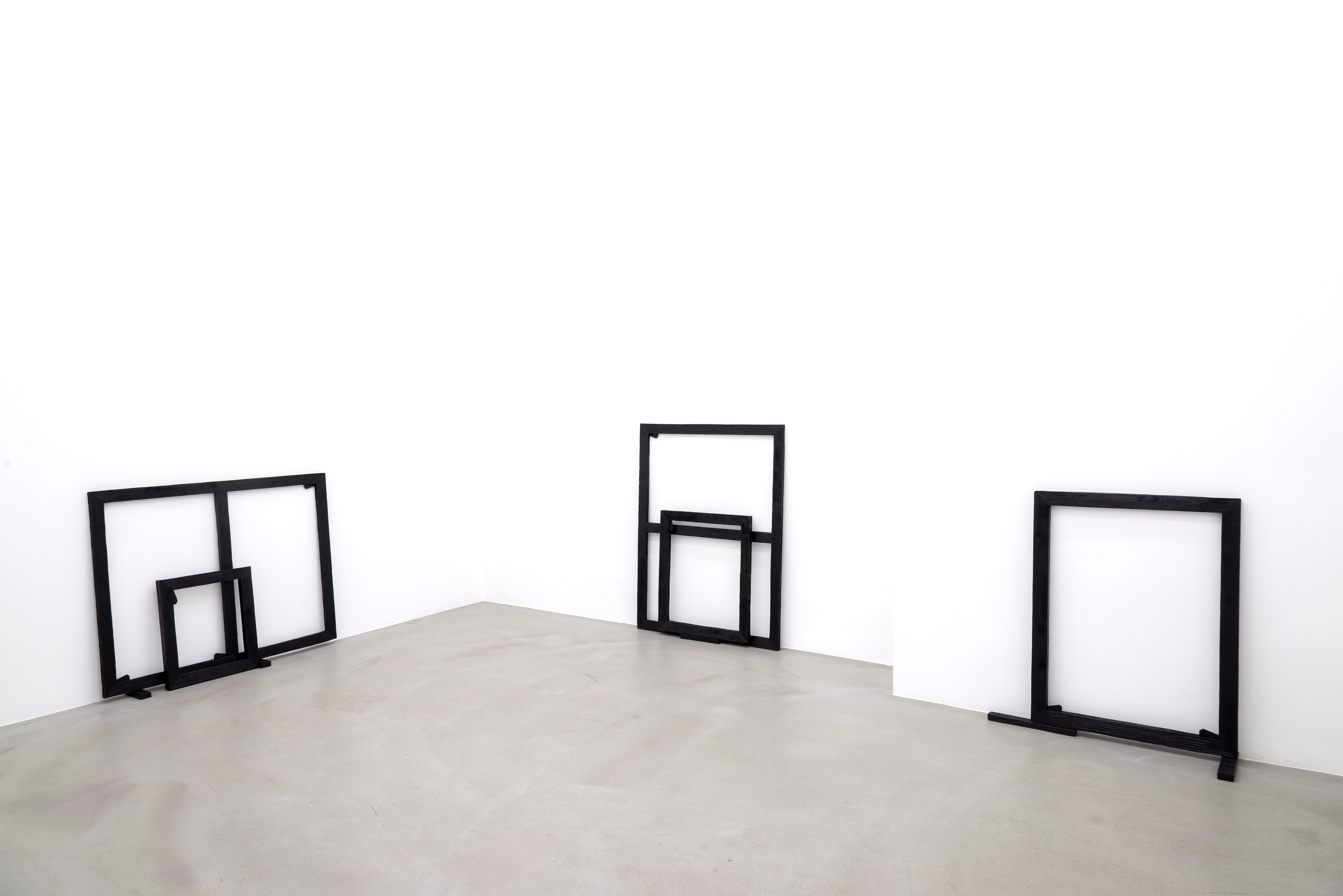 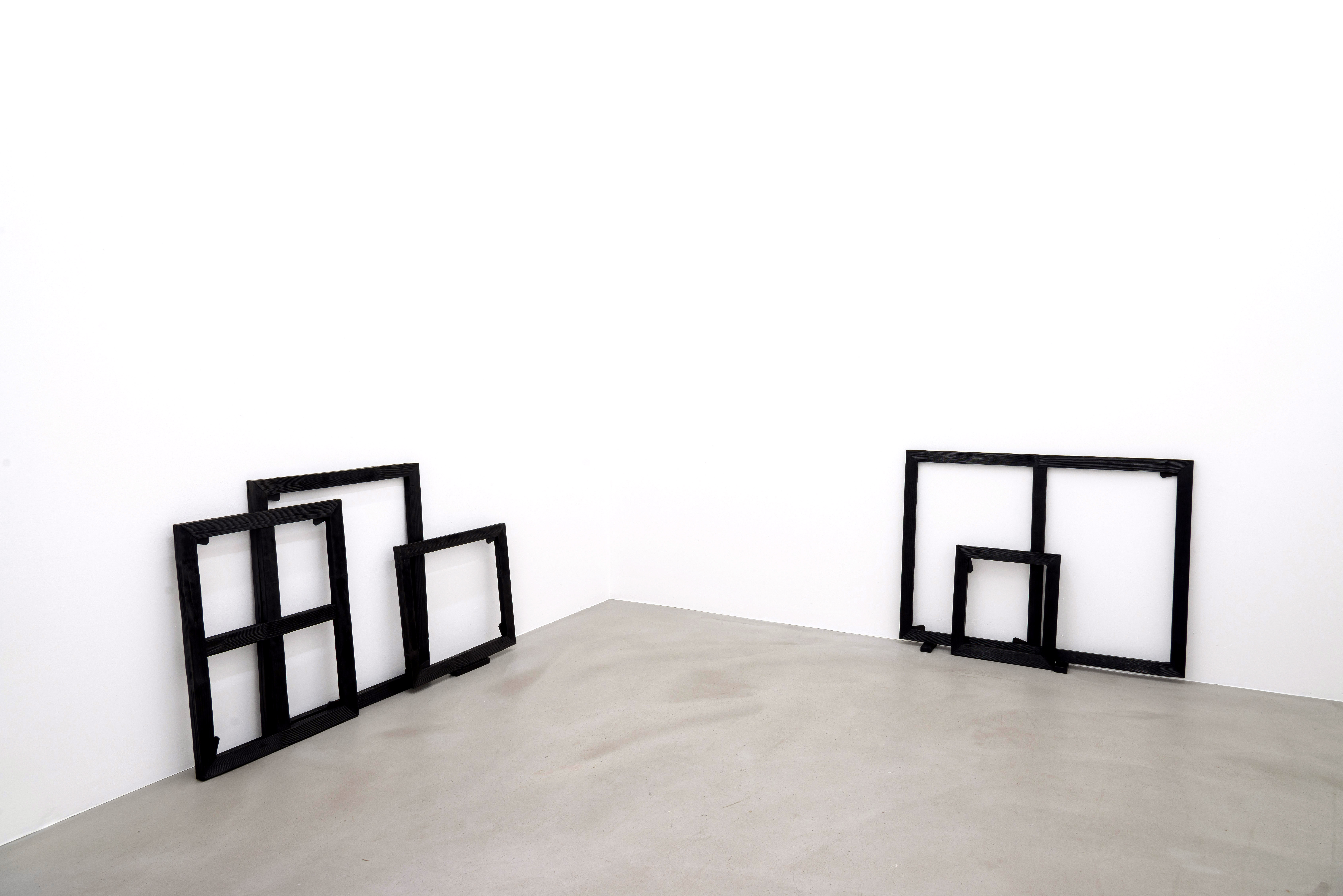 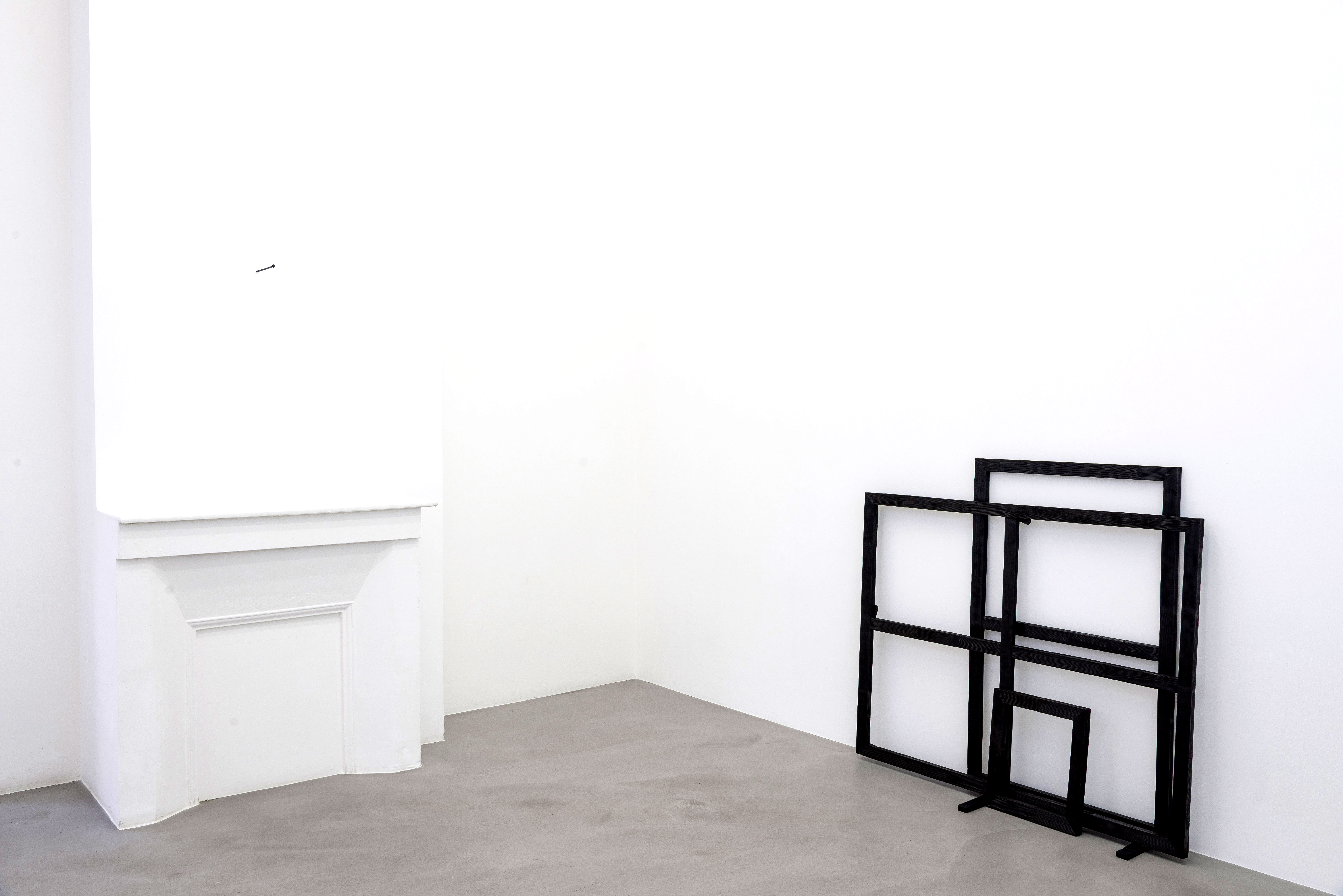 In the austere guise of a minimalist proposition, Stefan Nikolaev's new solo show develops a homogeneous set of works which are anything but easy to pigeonhole, taxonomically. Belonging, technically speaking, to the sculptural field, at first glance these objects made of patinated bronze nevertheless come across as if subordinate to painting: what is involved is castings of picture stretchers with different standardized dimensions. Arranged in small groups (calling to mind Mondrian's compositions), resting on the ground but leaning against the walls, the objects seem to float in an intermediate state accentuated by their not very eloquent discretion.

Have we arrived before the showing or after the end credits of this curious Salon des Refusés and its empty frames, worthy of the Herald Tribune without photoengraving in 1987 (Jean-Luc Moulène, series of Objets de grève)? The neon which takes up the exhibition?s title would in all logic be a possible point of entry: If things are not as you wish, wish them as they are? As a proverb that exhorts a certain frugal restraint, are we thus faced with the admission of a pictorial failure, the premonition of a beneficent iconoclasm, or the conceptual excuse of a figurative vacantness?

With a certain mistrust (verbal hijacking being, for this artist, a multi-recidivist practice), the repartee that springs to mind is somewhat sarcastic: Language is a dialect with an army and navy[1].

Because the pictorial reference here is articulated with a deliberately pronounced accent, it is thus not a matter of lunging for a dusty volume of Le Bon Usage, art division[2]. The exercise as such is not entirely novel: however, Stefan Nikolaev?s objects, which are equidistant from the ontological rigour of Supports/Surfaces and the tautology inspired by McLuhan?s The Medium is the Message, do not stem from trans-substantiation[3], but more from something transgenic.

What should probably be remembered is his way of using the referential power of painting so as to translate a pictorial dialect into a sculptural language.

[2]Le Bon Usage, known as Le Grevisse, is a descriptive grammar of the French language, a reference book for writers and proof-readers.

[3]This involves, literally, the conversion of one substance into another. For some Christians, the term describes the conversion of bread and wine into the body and blood of Christ during the Eucharist. So, by the consecration of the mass, bread and wine are ?really, truly and substantially? transformed or converted into the body and blood of Christ, while keeping their physical characteristics and initial forms.