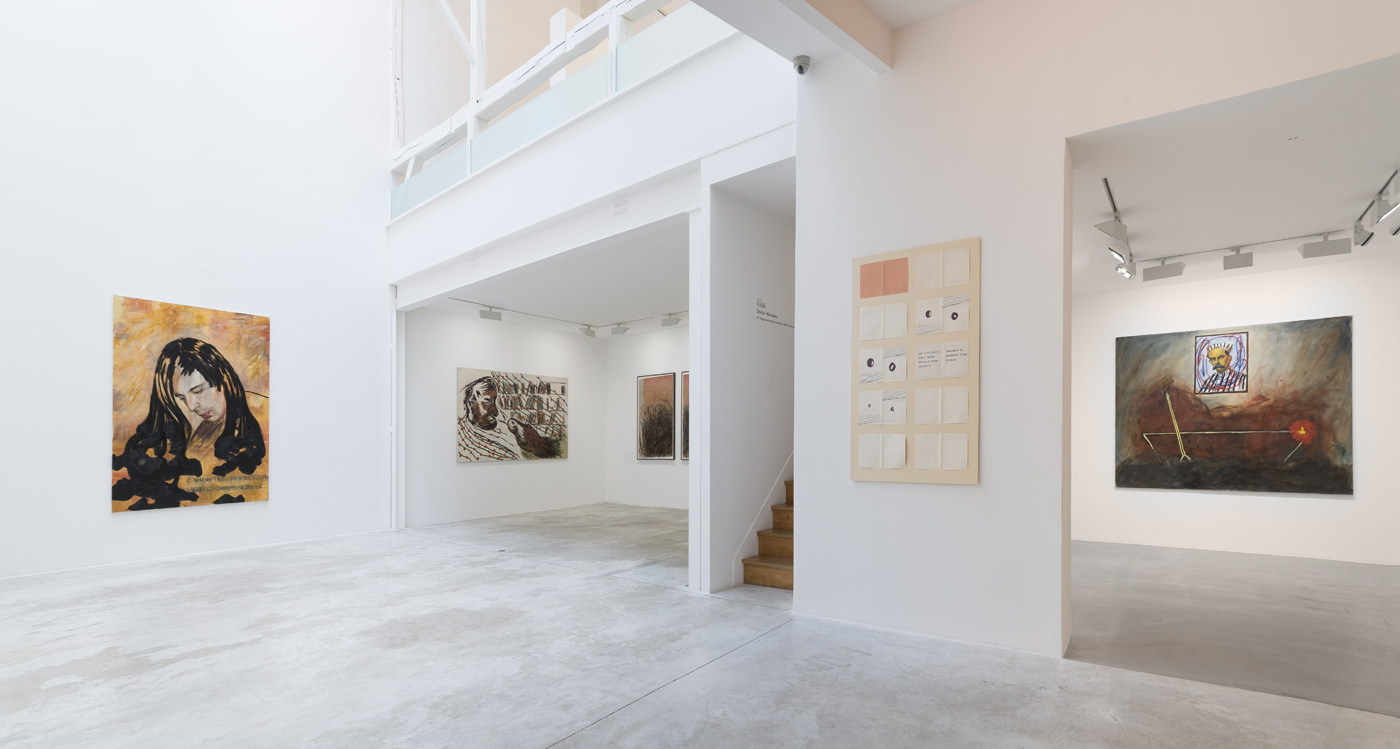 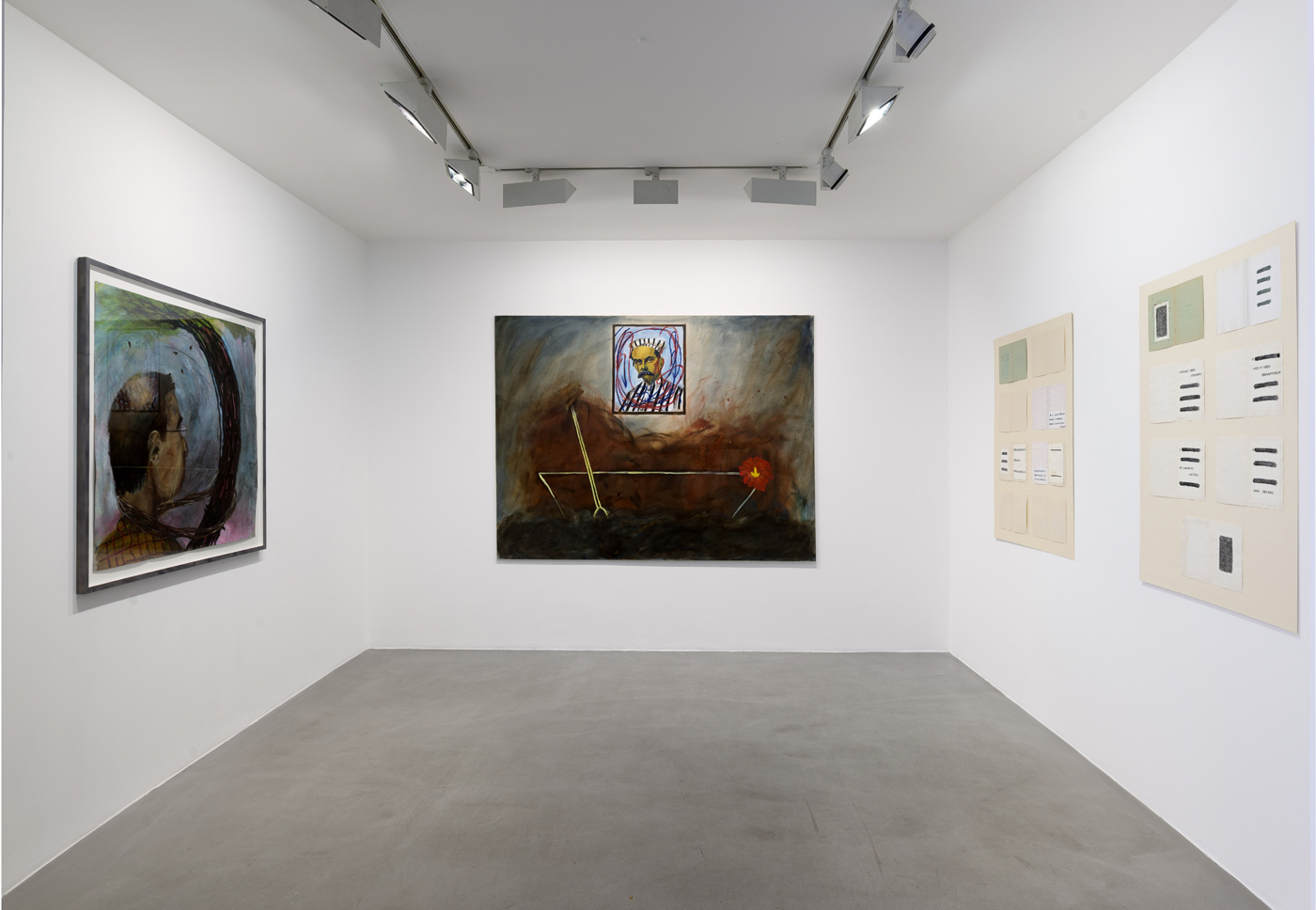 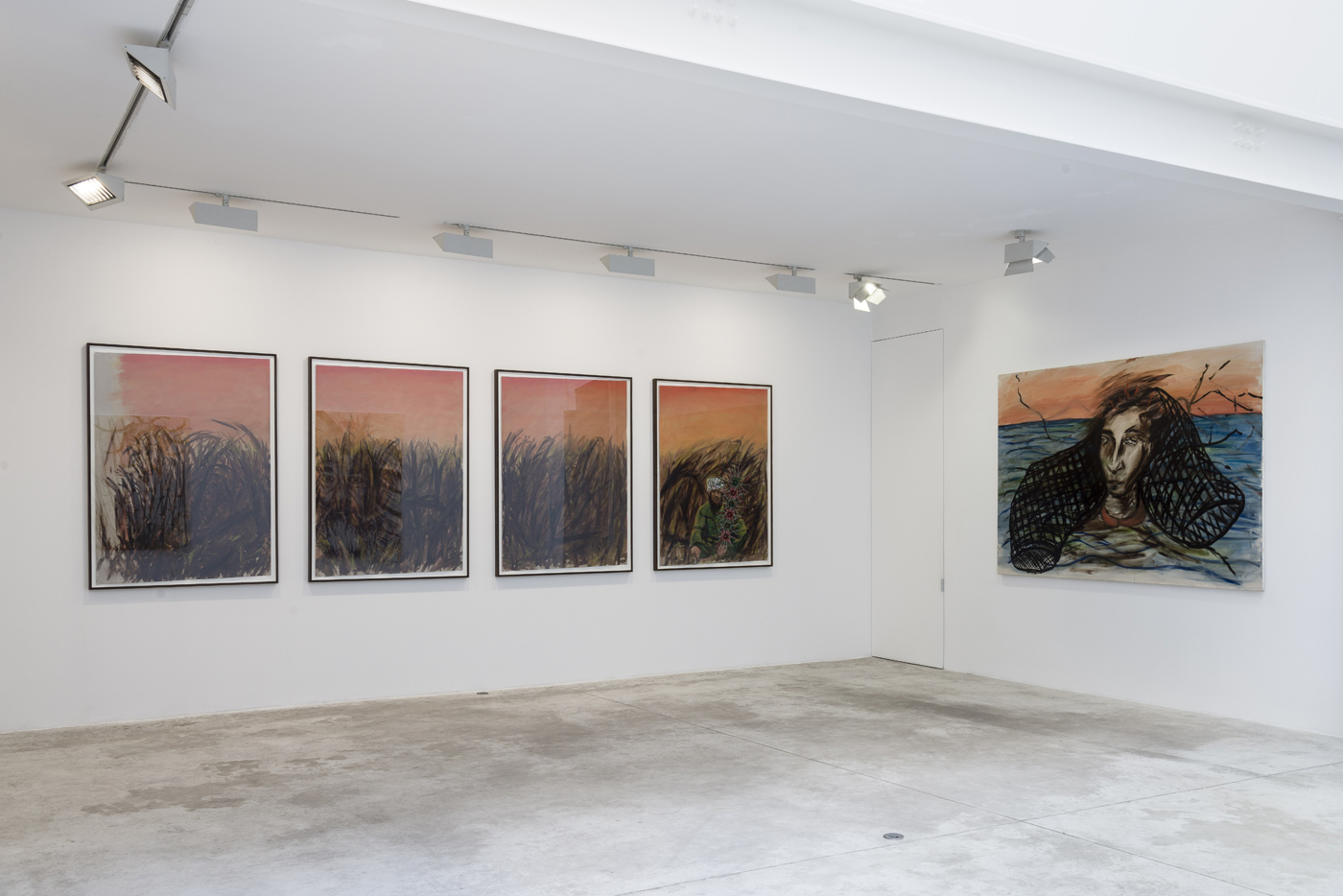 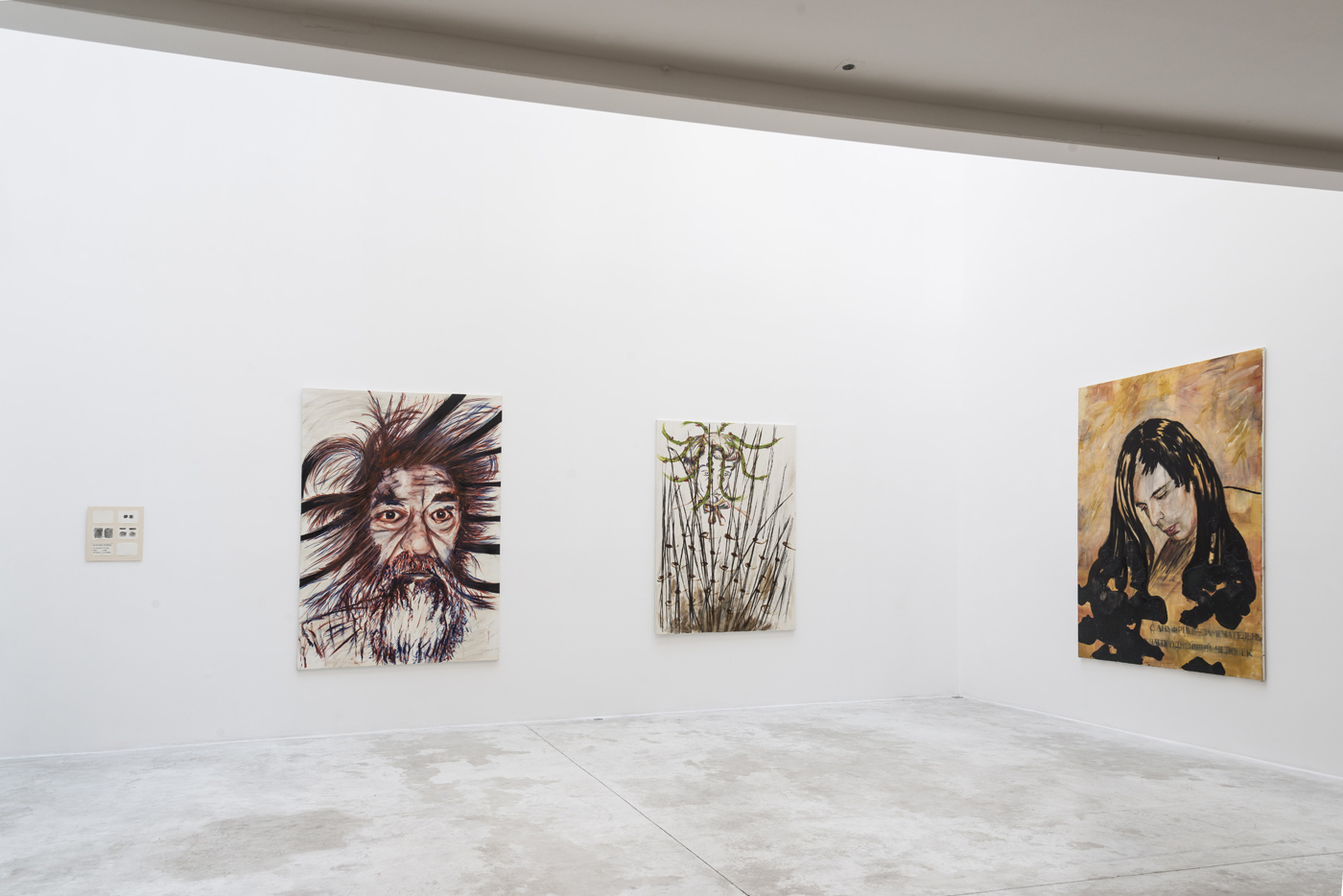 Leiderman's works often draw inspiration from the themes of national identity (which he calls "Geopoetics") and seek to transform these issues into abstractions, thereby testing their elasticity while highlighting their unexplainable character, and giving them back a certain degree of irreducible, if not ironic, dignity. The primarily graphic and expressive paintings in this exhibition mainly consist of portraits that blend figuration with a kind of oneiric abstraction.

This is perhaps best exemplified by an unusual portrait of Saddam Hussein entitled, Saddam Hussein on the Wind 2013. Here Leiderman has taken a well-circulated image of the shocked and disillusioned late dictator and transformed it, in such a way that he becomes disembodied and phantasmal, and undergoes an ambiguous pictorial redemption.

Although Leiderman's return to painting may seem contradictory to his many years of preoccupation with "conceptual" performances and installations, it in fact merely prolongs the guiding line of his artistic investigations. It can be defined as a contradiction between "expressions" and "guarantees", between "cry" and "ornament", or "pathos" and "repetition".  In each of his pieces, the somewhat unclear "pathetic" appeal and the rather unnecessary ornamental approach collide and therefore partly cancel each other out to become a kind of semi-obscurity, which is both treated as an anti-ideological and non-discursive liberation. This certainly becomes clearer in the show, in which Leiderman's recent paintings can be seen in parallel with small hand-made art books executed over 25 years ago, in the mid-80s. Seemingly sentimental but very disjointed sentences simultaneously support and destroy the monotone, idiosyncratic, page-by-page design, which traps the viewer in a kind of irrational "one-hand clap."

Altogether, the two parts of this show provide us with a crucial opportunity to understand and appreciate the simultaneously deflating and redemptive logic of Leiderman's singular works.