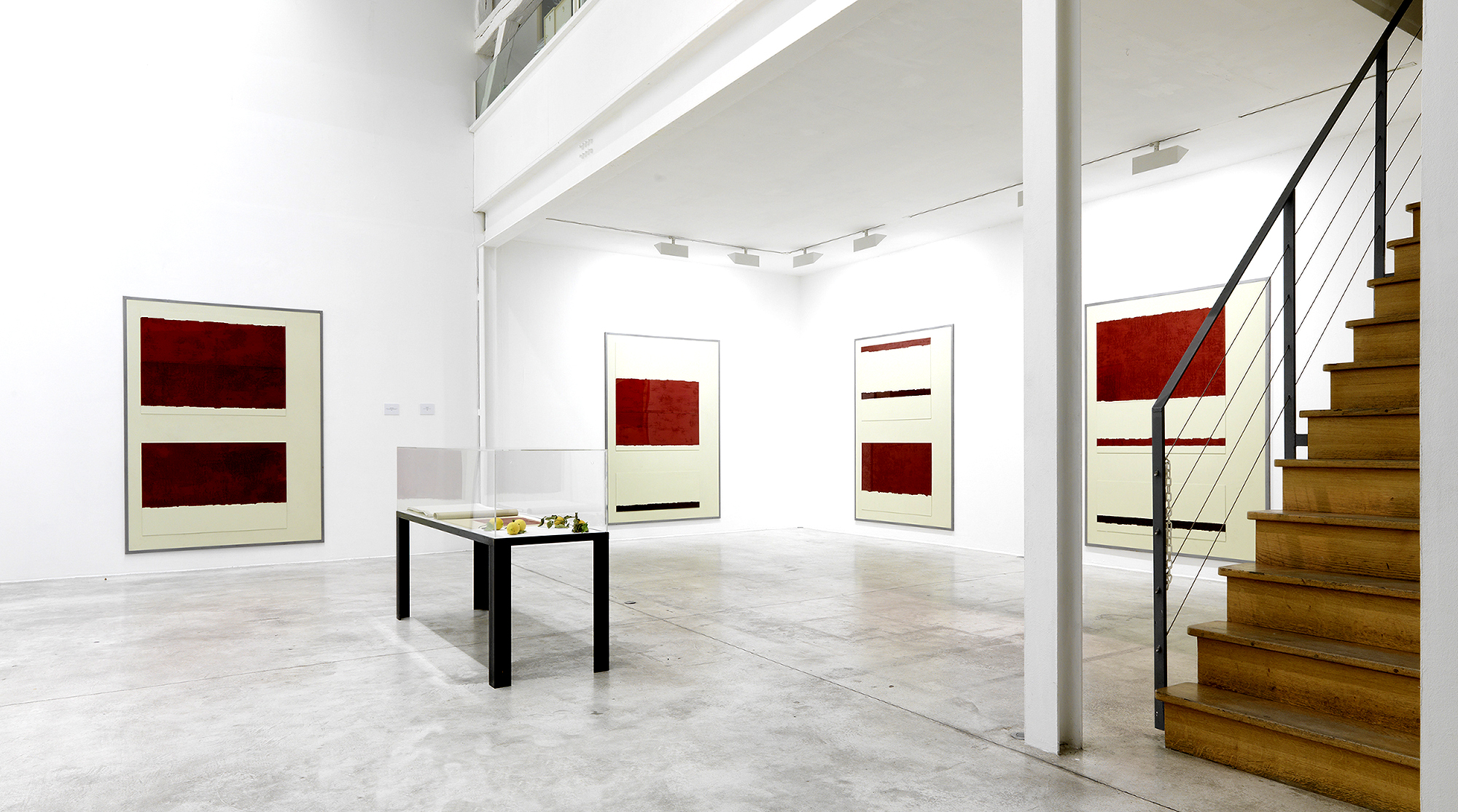 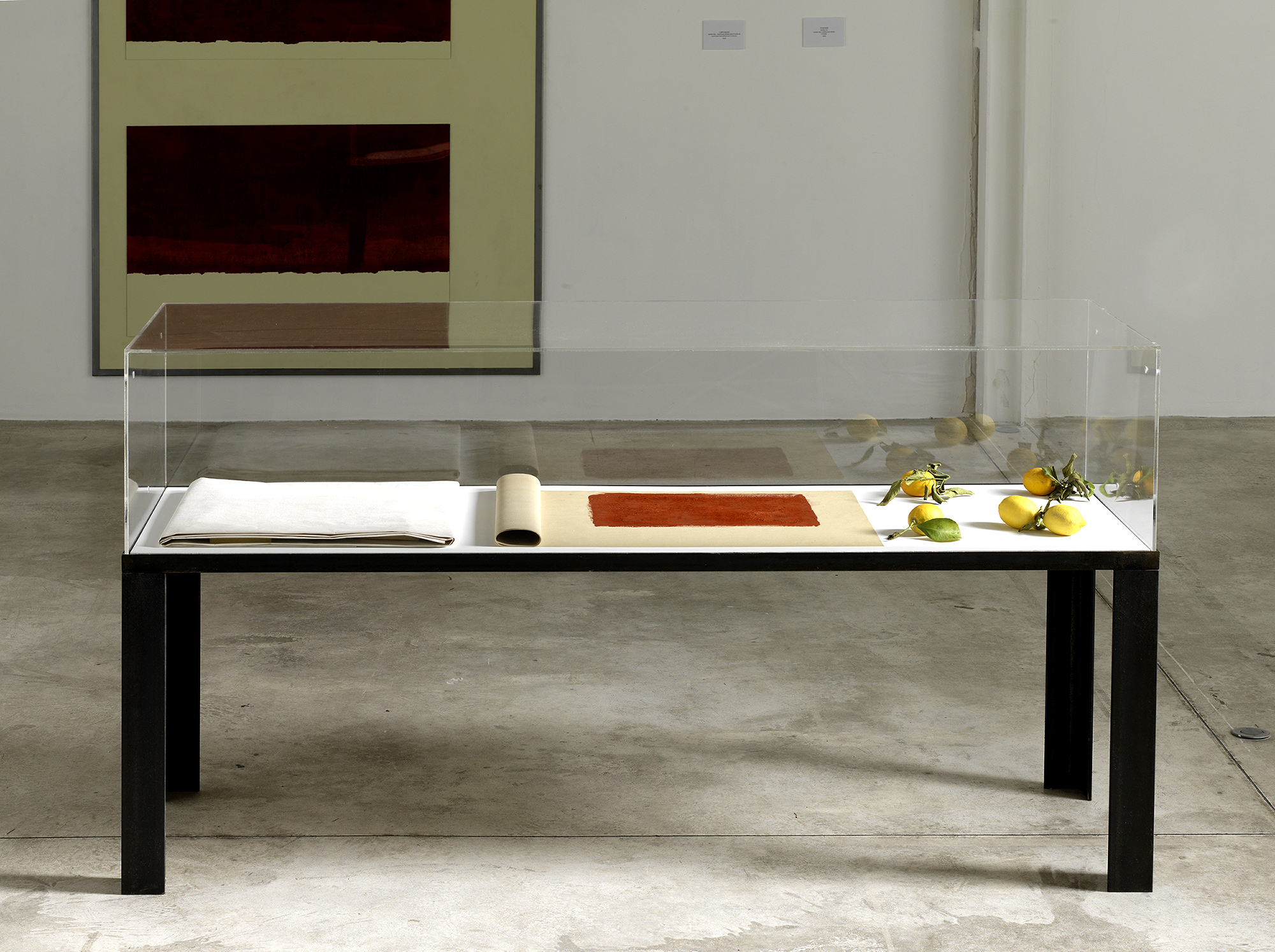 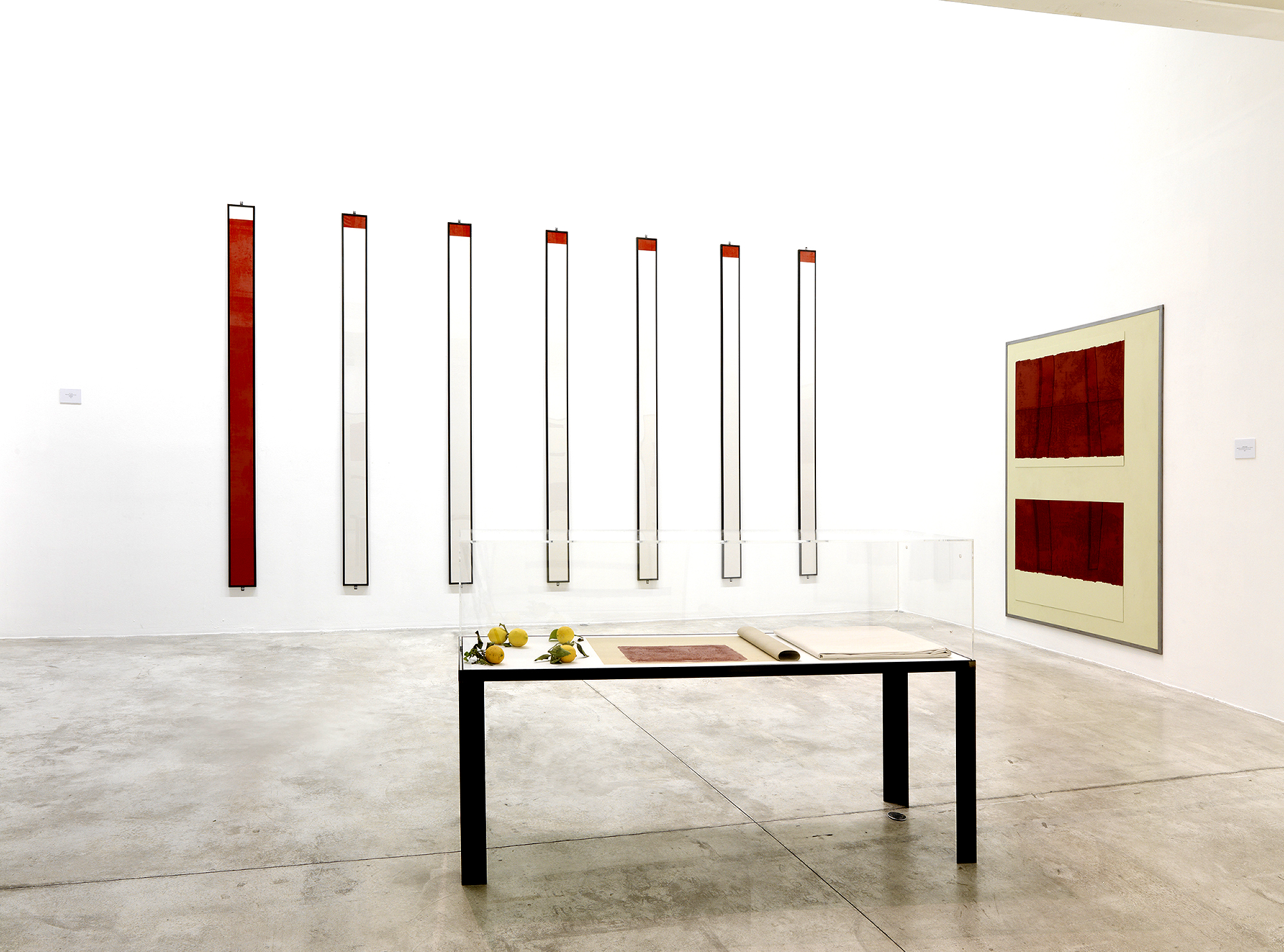 The exhibition unfolds around Samout and Moutnefret, a black and white 16-mm film with sound (9'18'') shot in the Egyptian department of the Louvre Museum in 1993. Its sound-reel and editing were remade in 2008.

- Samout and Moutnefret is the name of an Egyptian stone statue. The Moutnefret woman speaks with the artist's voice. Image, sound and montage create a different space in which the spectator participates to a sensible experiment, to a time breakthrough, to the emergence of a re-animated object.
Opposite to the black space where the film is projected, the artificially-lit gallery space will gather a number of works from diverse media which all evoke the presence of a transfigured living:
- Cinq Corps rouges (Five Red Bodies) create lines of force on the wall and respond to each other. These are large-format paintings where substances characteristic to Jean-Pierre Bertrand?s work--honey paper/red acrylic paint and plexiglas--are contradicted by the application on their surfaces of a parchment-coloured paint that recalls a mat complexion. A strong shimmering effect emanates from those delimited plasmic bodies.
- Un=six (one=six), a visual, bodily and architectural equation, is composed of seven elements made of honey paper/ red acrylic paint and white crystalline salt paper. The organisation of those white and red surfaces creates a physical dynamic which reveals the vibratory aspect of their content.
- It contains, a glass case of human dimensions, includes the vital elements of an imperishable physical body: a pile of folded salt papers, a roll of honey paper displaying a red print and three freshly-picked yellow lemons with their green leaves.
- Les anges ou une seconde à Buenos Aires (The Angels or One Second in Buenos Aires) is a group of 12 photographs which come from the 24 images/ second of a 16-mm film that was shot in a taxi in 1972 in Buenos Aires, in which five men parade in front of the camera like ghosts.
A public commission realised by Jean-Pierre Bertrand for the stained-glass windows and the front door of the crypt of
the Pantheon in Paris is now on view. It will be officially inaugurated in January 2009.