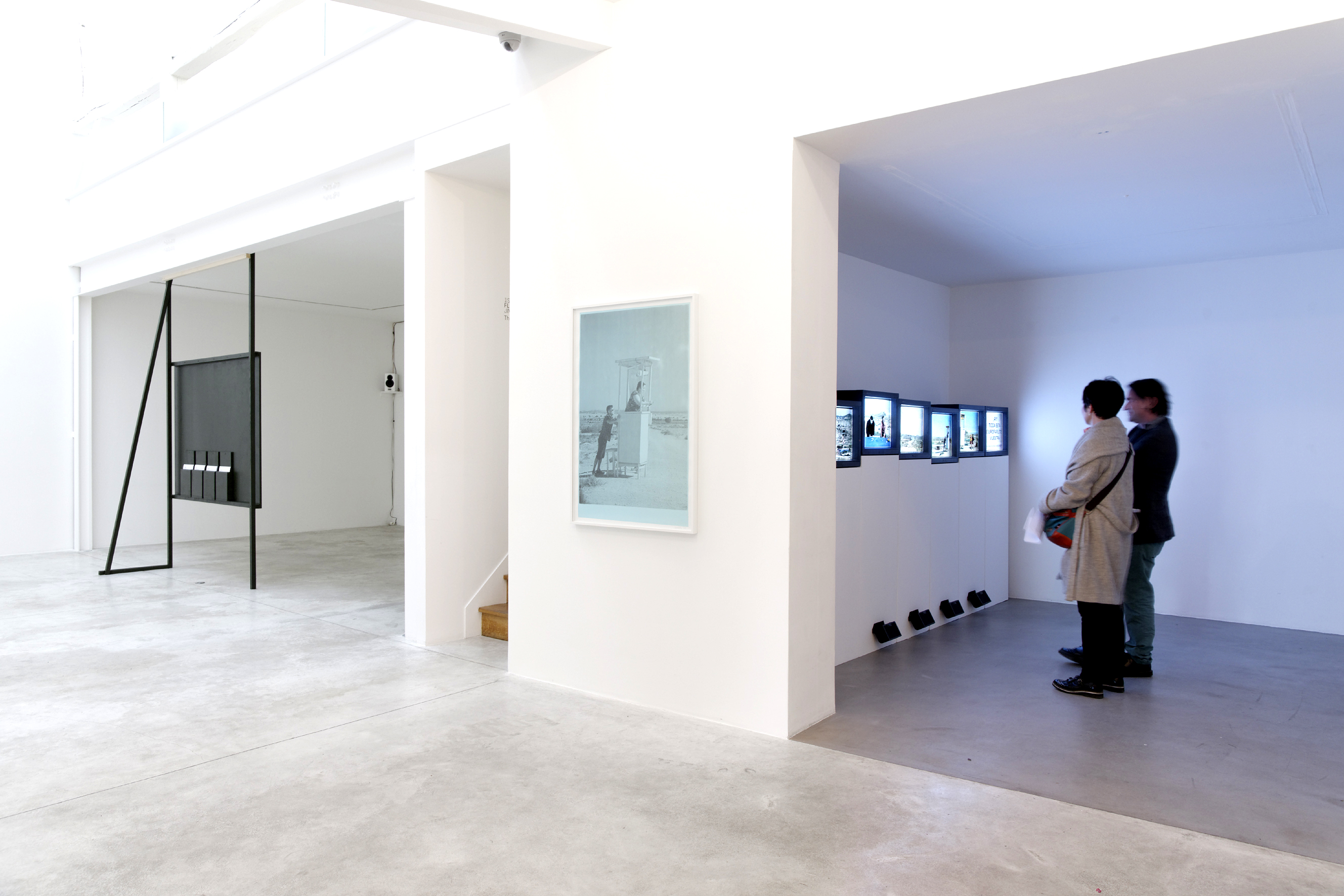 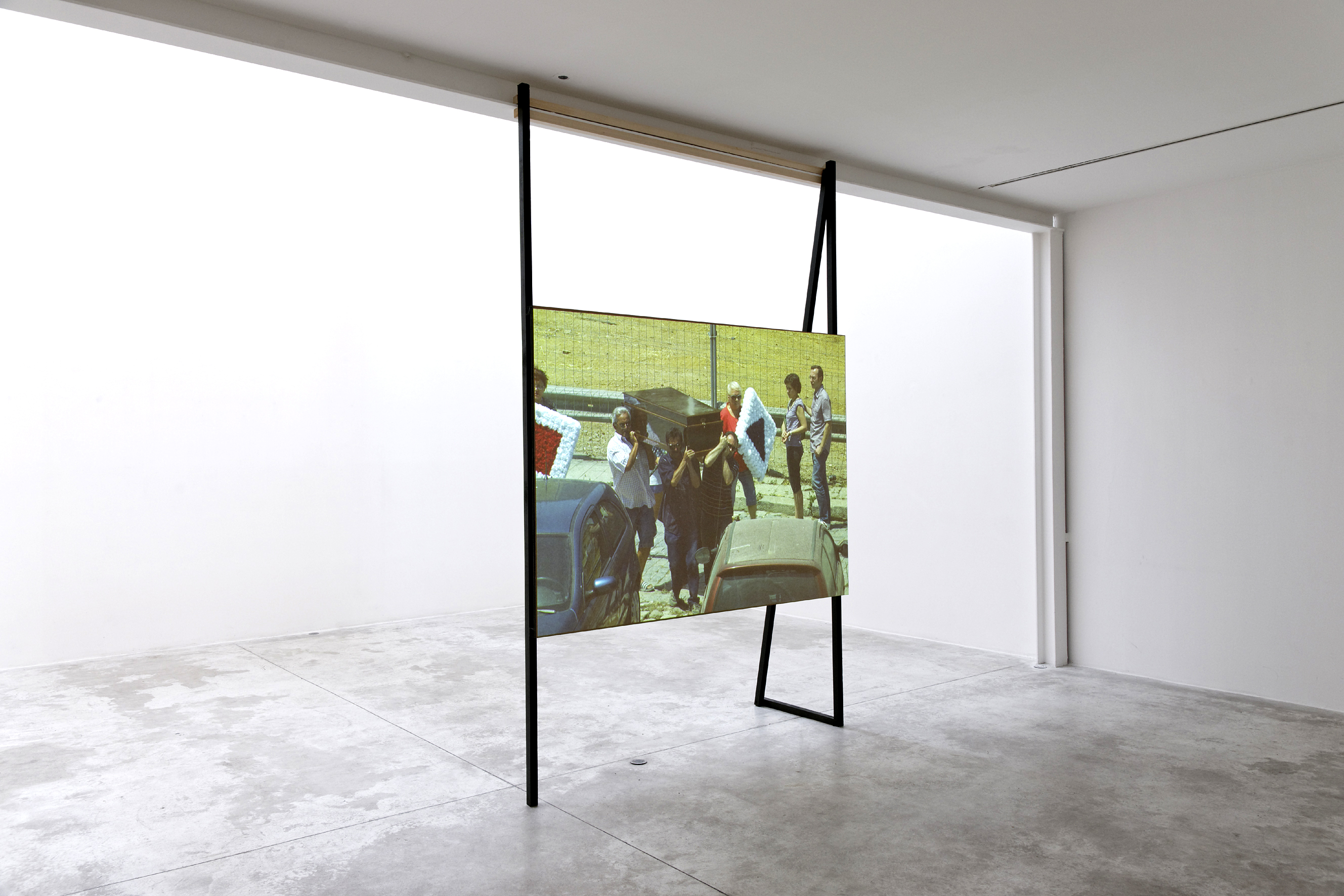 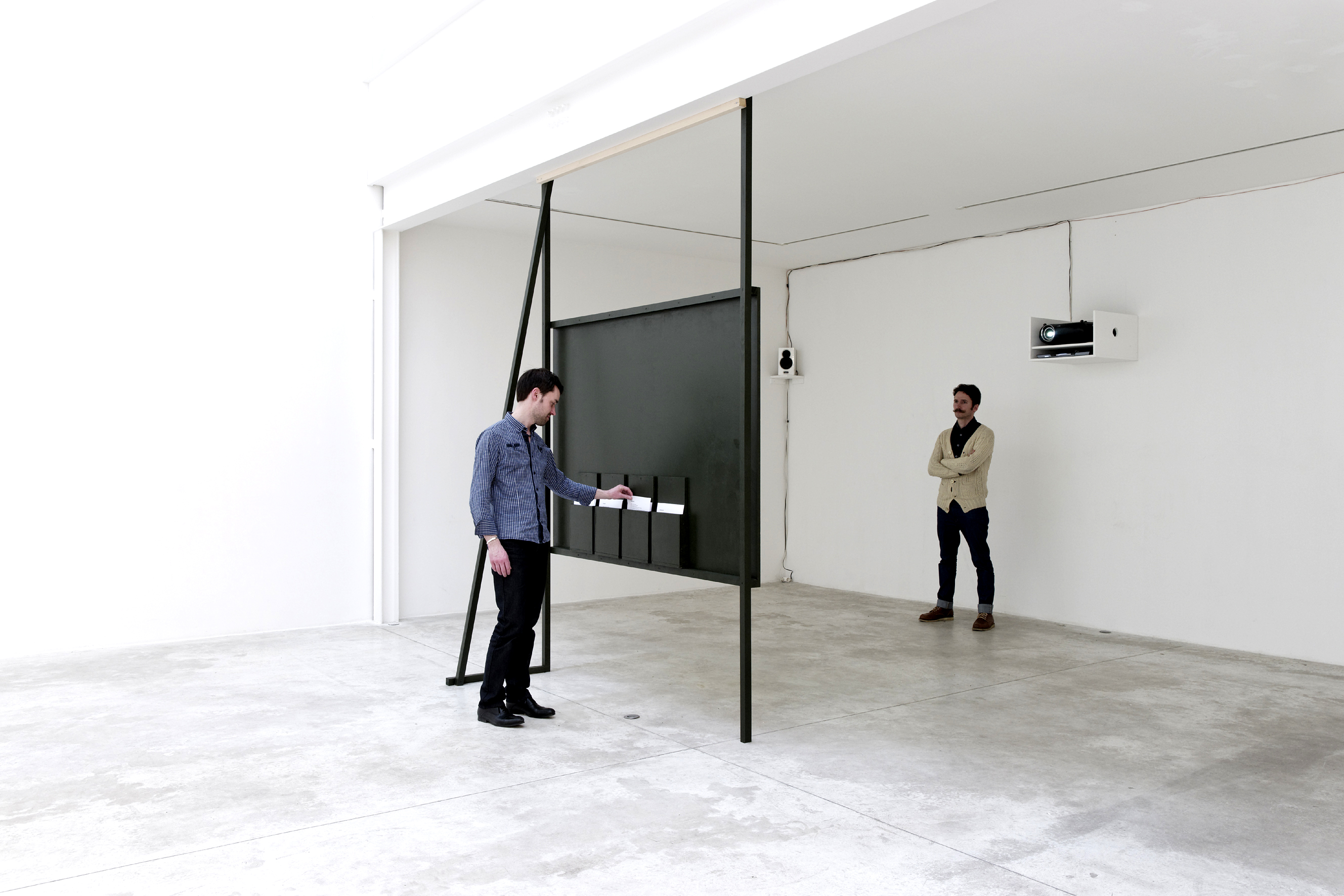 Galerie Michel Rein is proud to present "No Singing", the third solo exhibition by Jordi Colomer at the gallery after "Arabian Stars" in 2005 and "Le Dortoir" in 2002.

"It's easier getting gold out of men than from rivers"*

The foundation of a city is not necessarily a heroic act. Everyday a new city begins to be built on water, concrete, sweat and money. Some are - almost - a pure idea.

There are glass cities that grow out of offices and others made from tin and card that dance to the rhythm of their own inhabitants. On one occasion, a group of outlaws were being tailed by the police when their truck broke down in the middle
of the desert. They couldn't keep going or turn back. So they ended up founding a paradise city, the golden city, where the worst crime was not to have any money. That city was called Mahagonny and Bertolt Brecht envisioned it at the time
when Las Vegas came about shaping the image of the city that we recognize today.

In Prohibido cantar / No Singing a few characters make a gambling den where they offer entertainment games, tricks, love and food at low prices. The action takes place close to a dusty road, on the same plot of land and during the time in which
a great private city was planned. With 32 casinos, Gran Escala, planned to attract 25 million visitors, and yet never saw the light of day, but Euro-Vegas, nearby Madrid, took over the project. These images reveal how the city of Eurofarlete thrives, under a blazing sun and strong blowing winds.
Fragments of what passed there over two days may help to discern the particular form of organization needed for survival,where everything is on sale at a bargain price or indeed at any price.

The exhibition also presents a new work by Jordi Colomer, Poble Nou (2013). Poble Nou is an old industrial neighbourhood of Barcelona, constantly evolving. This parking is one of the "outlaw" zones often found in Colomer's work: deserts, but also urban zones such as abandoned roofs, investigated and reactivated in Istanbul map (2010) or Crier sur les toits (2011), or again the wastelands where Anarchitekton's character walks, delimitating Barcelona, Brasilia or Bucharest. As in Prohibido cantar / No Singing, this "suspended" space, where a urban macro-project never took place, is used by the characters in an unexpected way. Cars temporarily parked - for a visit at the beach - or the mourning group passing by with a coffin, escape from any official planning. Here is mentioned only what "occurs", and we benefit from witnessing a fortuitous encounter, a moment where several affairs should match. A young Russian couple on holidays, who just landed, and the neighbors' accidental and ephemeral passage. As any fortuitous meeting, this one takes a Buñuel absurd appearance and is broadcasted by Yulia and Andrei's improvised commentaries, which are translated in the installation in several languages.