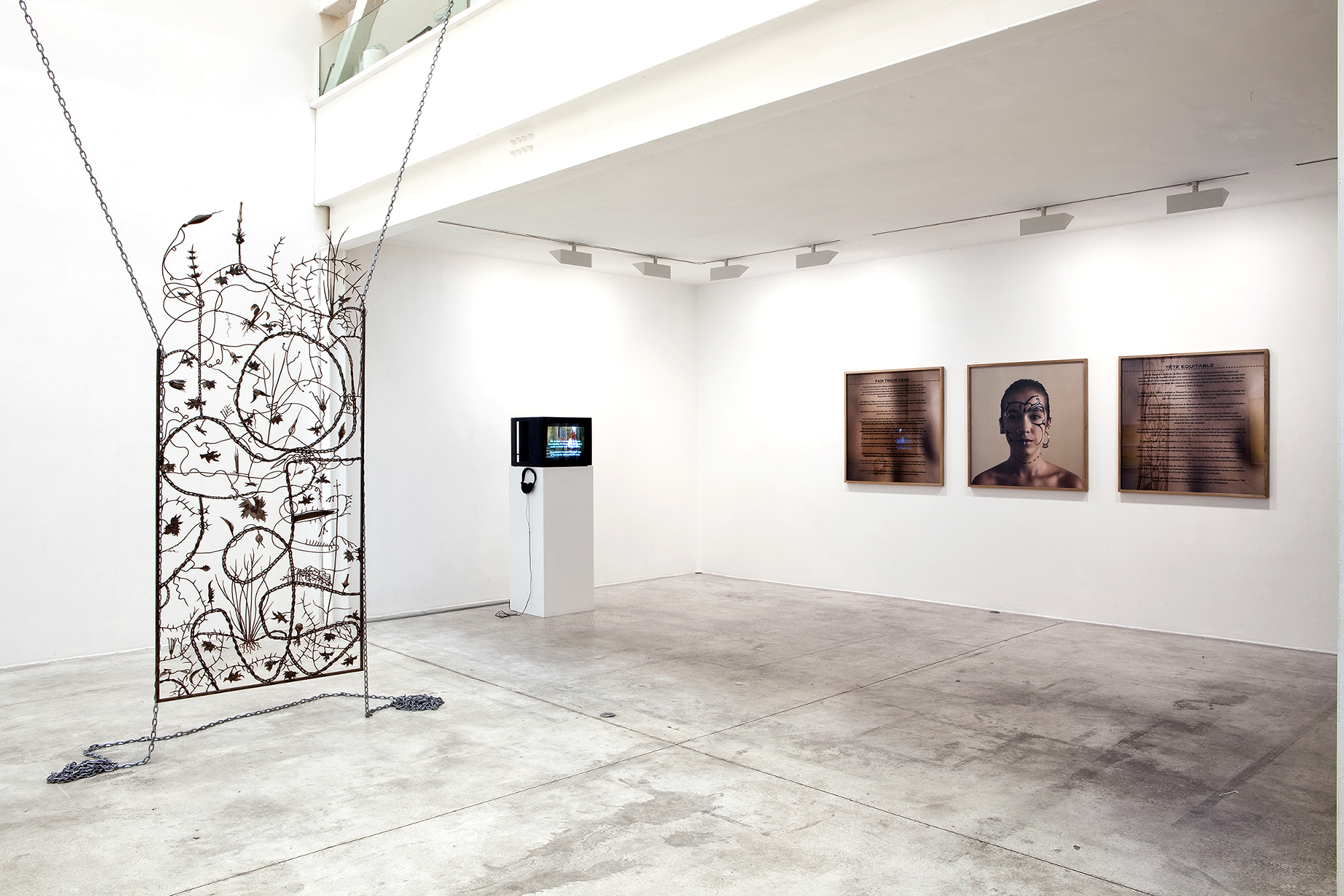 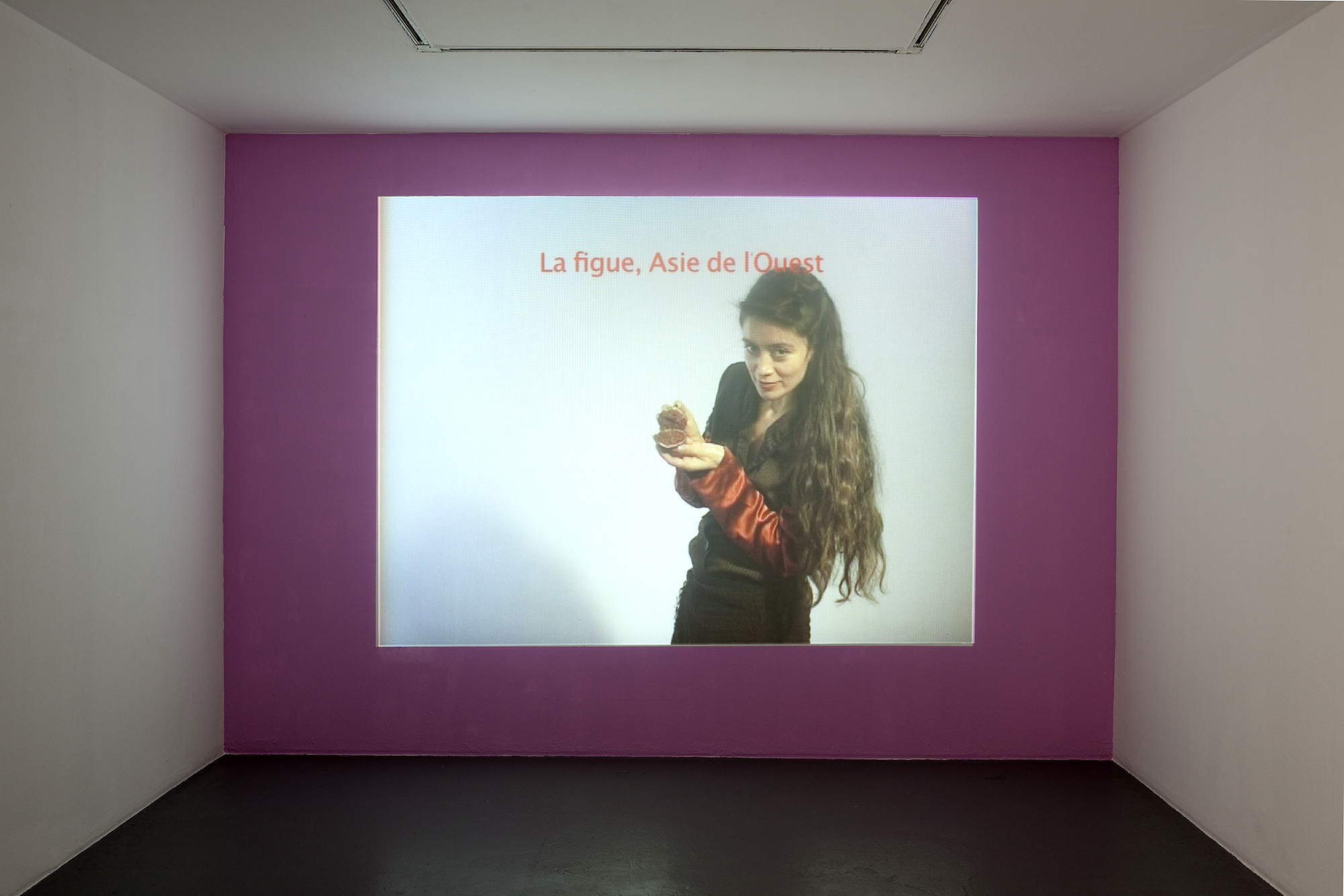 Constructed Landscapes  is the first solo show by Maria Thereza Alves at the galerie Michel Rein.


The Ecosophy of Maria Thereza Alves

Maria Thereza Alves’s art is based on an ecological line of thinking.  It  broaches ecosystems through the dynamism of equilibria brought about by the diversity of species. It sets up investigative procedures, calling first and foremost for its own incorporation in the specific landscape, human and territorial alike, that it deals with. Archaeological methods are applied for Maria Thereza Alves’s major projects Seeds of Change and Wake, which reveal a secret cartography of globalization through the shifting movements of plants in  travellers’ clothing and the ballast jettisoned from merchant vessels.

By establishing her research alongside scientists, Maria Thereza Alves asserts the possibility for artistic activity to develop a line of thought about life, issuing from a combination of perceptible and cognitive knowledge. An ecosophy, in the sense in which Félix Guattari conceived of the ethical-cum-political articulation between the three ecological chords: the environment, social relations, and human subjectivity. What is involved, for her, are the conspicuous processes of  forms of life. By highlighting a poetics of diversity, which dodges the powers and injunctions of territorialization.

The migration of plants is connected to the history of globalization, echoing the thwarted migration of people. The plant market is one of the borderline places acting as a junction between first and third worlds. What is the Color of a German Rose? expresses the paradoxes of this exploitation. In a video with mellow sounds and colours, a mixture of educational programme and commercial demonstration, a young woman shows us a succession of flowers, fruit and vegetables, while a male voice-over informs us of their place of origin. A geography of world trade is thus drawn up, based on the availability of everyday consumer goods in a European city. From the supermarket shelf to the still life buffet, we have the expression of the consumer orgy invented by capitalism, cocking a snook at the ecological side-effects of this kind of daily traffic on the world’s surface.

Resembling  a piece of ironwork, the sculpture Through the Fields and into the Woods brings together so-called European plants which, needless to say, are not all European. “The work is kind of a ‘barrier’ to presumptions of ‘known’ history which assumes identity to be linear”, we are told by Maria Thereza Alves. On this level of consistency we find an assembly of plant depictions forming a landscape conceived as vernacular, and yet imported from other cultures. The questioning of notions ordinarily accepted as defining cultural identity is one of the on-going themes of the critique constructed by the artist. The sharp edges of the plants climbing over this door between two worlds challenge the present-day restriction of people’s right to freedom of movement. Plants circulate so much and so well that they are turning the world into a “planetary garden”, but human beings, for their part, depending where they hail from, do not have the same freedom.

A determined desire to criticize colonial structures underpins Maria Thereza Alves’s research. She uses the methods of ethnographic and anthropological inquiry, re-applying them to western cultures and civilizations. The persistence of European ethnocentrism is thus brought to the fore. For the video Male Display Among European Populations, an Amerindian ethnologist questions an Italian man about the daily rituals and beliefs which prompt him to touch his testicles out of superstition. The ethnologist’s polite curiosity refers to the condescending eye cast by dominant cultures over peoples they designate as “other” and “different”. The ironical mirror effect produced by this reversal principle calls for a broadening of our understanding of humanism, by entering into “the mutations of plurality allowed as such”, as we are invited to do by Edouard Glissant. It is the artist’s struggle to “gradually contribute to  ‘unwittingly’ admitting to human groups that the other is not the enemy, that what is different does not cause me to erode, that if I change on contact with the other, this does not mean that I am diluted in him”, as we are taught by the thinker of creolization.

The Fair Trade Head project starts out from a recent current event in France, when the Ministry of Culture prevented the city of Rouen from returning to the Maori community in New Zealand a head held in the
collection of its Museum of Natural History. In response to this support of the trade in human remains by the government, the artist invents a Fair Trade Head programme, for which European citizens can choose to give their head as a symbolic replacement. From the heritage-conscious and neo-colonial logic of the State there issues the relentless logic of the artist’s project, proposing as she does the simple and radical application of the basic principle of equality.

Art is a place for bringing to light various paradoxes which underwrite contemporary culture. An experiment with new social relations based on an ethical responsibility striving to put an end to the archaic and destructive practices of the western world. An invitation to go beyond the binary split of nature and culture. To grasp the ordinary, shared history that links humans and non-humans. To understand the humanity of the animal. As in the video Bruce Lee in the Land of Balzac, where a cry which may be that of a wild cat or a karateka rises up in a landscape shrouded in wintry fog. A French cultural scape, that of La vallée du Lys, redefined by the cinematographic spectacle of the Asiatic martial arts. Grappling with these disjunctive cultures, the mystery of the cry summons up an original state of co-existence between humans and animals. By calling to mind the ambiguity of the concept of “human nature”. Animals are humans like the rest.