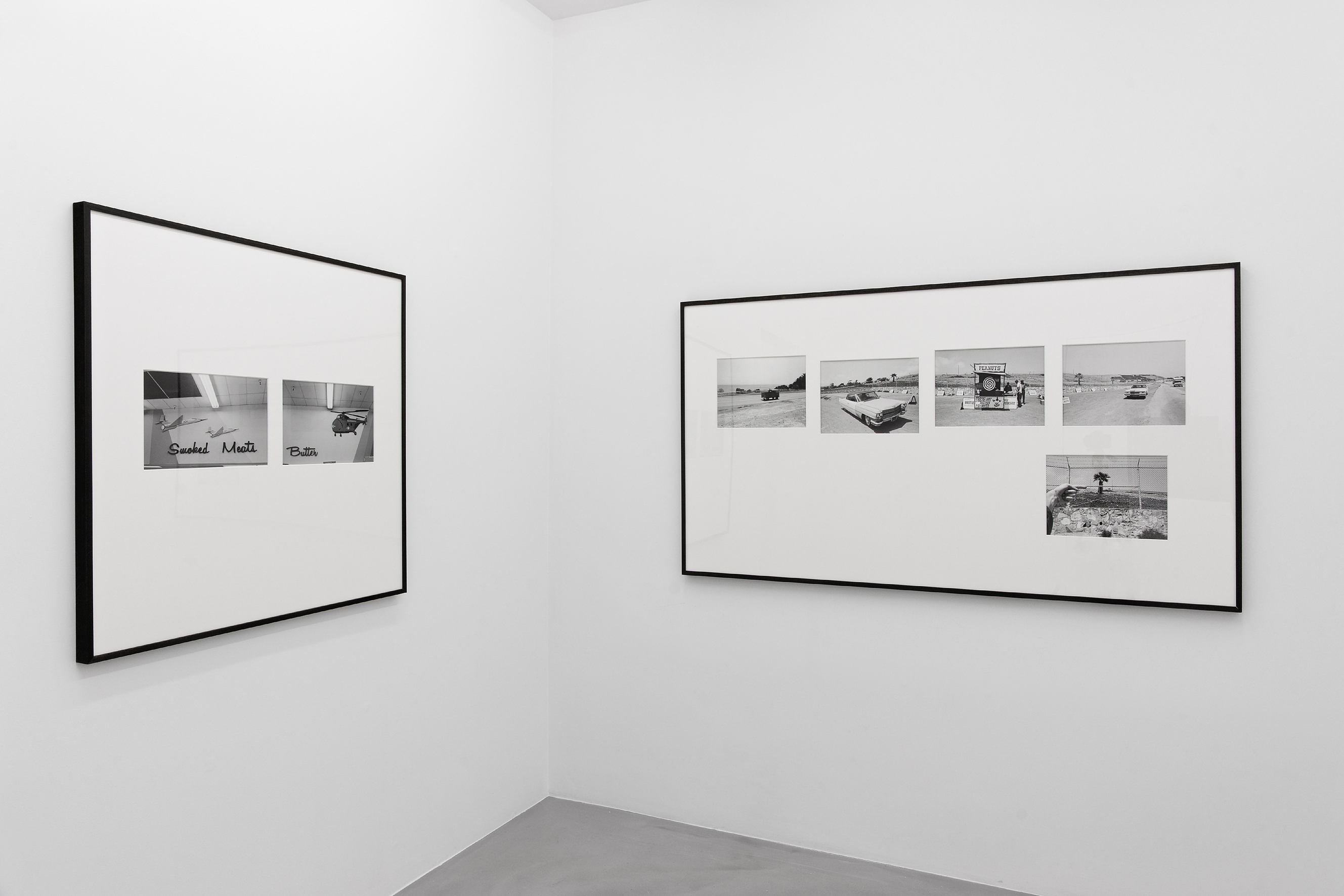 Both before leaving California for New York in 1974 and after returning the next year, I planned and photographed a number of smaller sequential projects, often involving some sort of staging, either deadpan or comic. These were never printed. The works fall between my works from the earlier 70s, such as Aerospace Folktales and projects from the late 70s, such as School Is a Factory.

I remember being especially annoyed by the position taken by the 1975 exhibition New Topographics at George Eastman House in Rochester, even though I liked the work of many of the included photographers. Even though the landscape was shown to be humanly transformed, often in absurd ways, there was no strong sense of human or social agency. By 1976, I was joking that this was the "neutron bomb" school of photography: killing people but leaving real estate standing.

So what I was experimenting with as an alternative was a way of suggesting that social topography was inevitably the site of strife, class war, land-grabs, ethnic-cleansing, repression and empire. This is especially true in California, where the bones of the first inhabitants crunch underfoot with every step.


California Stories (1973-1979) are short narrative sequences, scripted and photographed by Allan Sekula when he began working with photography, although not developed until the summer of 2011. Previously unseen in Europe they are here shown alongside two rarely seen videos: Performance Under Working Conditions (1973) and Talk Given by Mr. Fred Lux... (1974). Each of these works employ masque, pantomime and fictional re-enactment to effect a satiric portrait of everyday social conflict, all the while raising myriad questions about the underlying conditions of documentary realism. At the time, Sekula was reacting to the concept identified by the 1975 exhibition New Topographics which was being equally promoted by conceptual art: a precise descriptive photography, demonstrating its neutrality, most often in black and white, in which the human figure is erased along with all social and political scales. An admirer of most of the photographers in the exhibition, Sekula however refers to it as « the 'Neutron bomb' school of photography ».

Born in Erie, Pennsylvania in 1951, Allan Sekula was brought up in California from the end of the 50s and currently lives in Los Angeles. It is in South California in 1977, during the time that the United States was facing the crisis which followed its defeat in South East Asia, that Sekula began combining writing and photography to document the political and economic situation of postwar military Keynesianism. In his notes on Aerospace Folktales, 1973, Sekula characterised this linking of texts, sound recordings and images as a "disassembled movie" and this applies to much of his photographic work to the present.

Allan Sekula found these historic works last year when, for the first time, he produced a paper version of a work which is just slightly older, Untitled Slide Sequence (1972). In a previous exhibition in Istanbul[1], I decided to show both versions of Untitled Slide Sequence: the slide show which has existed since its creation and the photographs. On one side of the wall 25 images were projected onto a single screen in the dark and on the other they covered the white cube. This allowed one to come and go, to slow down the movement of the sequence for oneself, to move from the display to the projection and vice versa. There were many ways of seeing this ordinary moment in the life of a Californian aerospace factory in the 70's: the moment of leaving a factory which makes arms for a lost war, at the time when the problem of unemployment was becoming rife. Seeing the people leave the factory recalls the film by the Lumière brothers and more recently, an installation by Haroun Farocki2. But Untitled Slide Sequence also leads us to The Forgotten Space, the film directed by Allan Sekula and Noël Burch in 2010, in which they analyse the long term effects of the politics of the period.