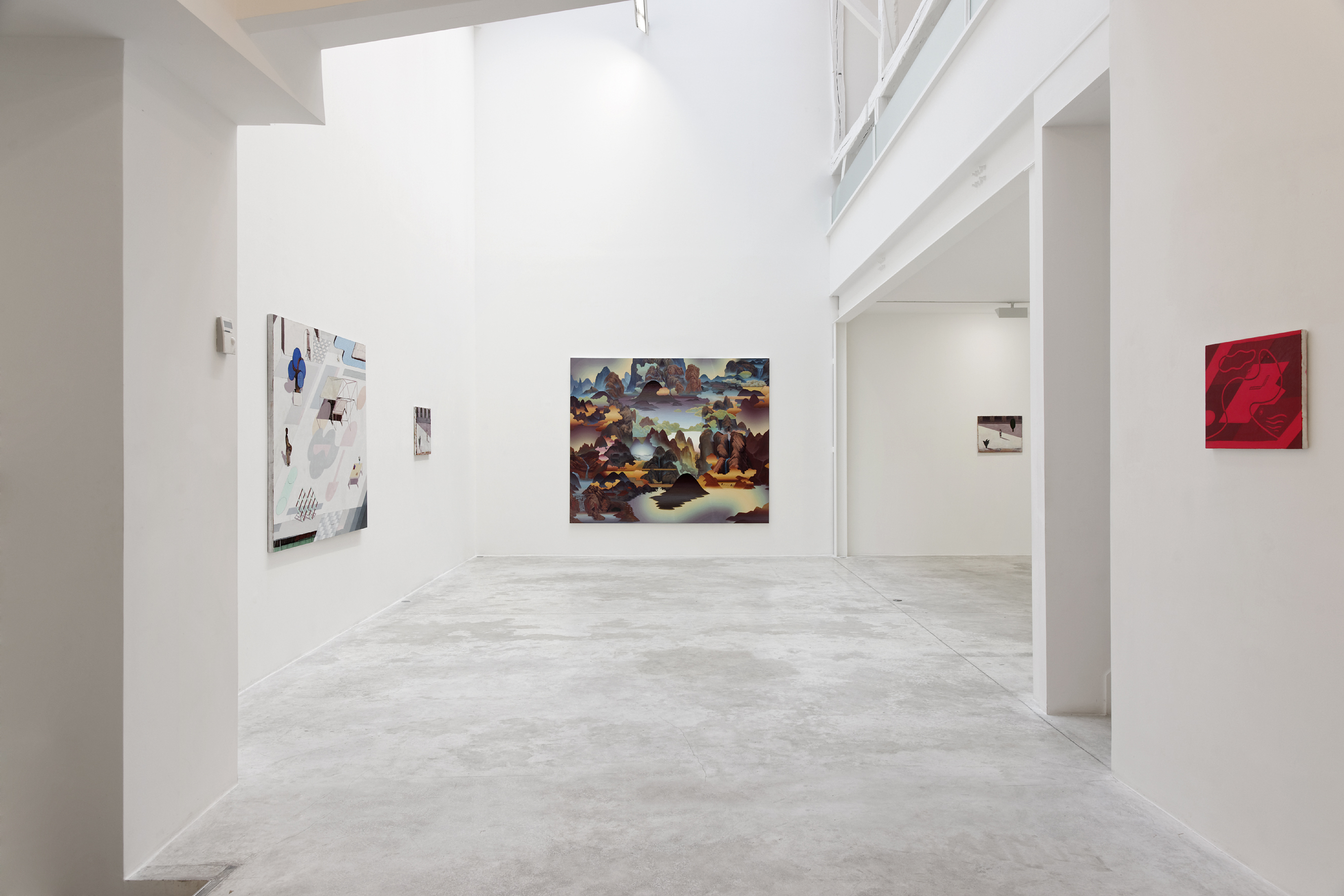 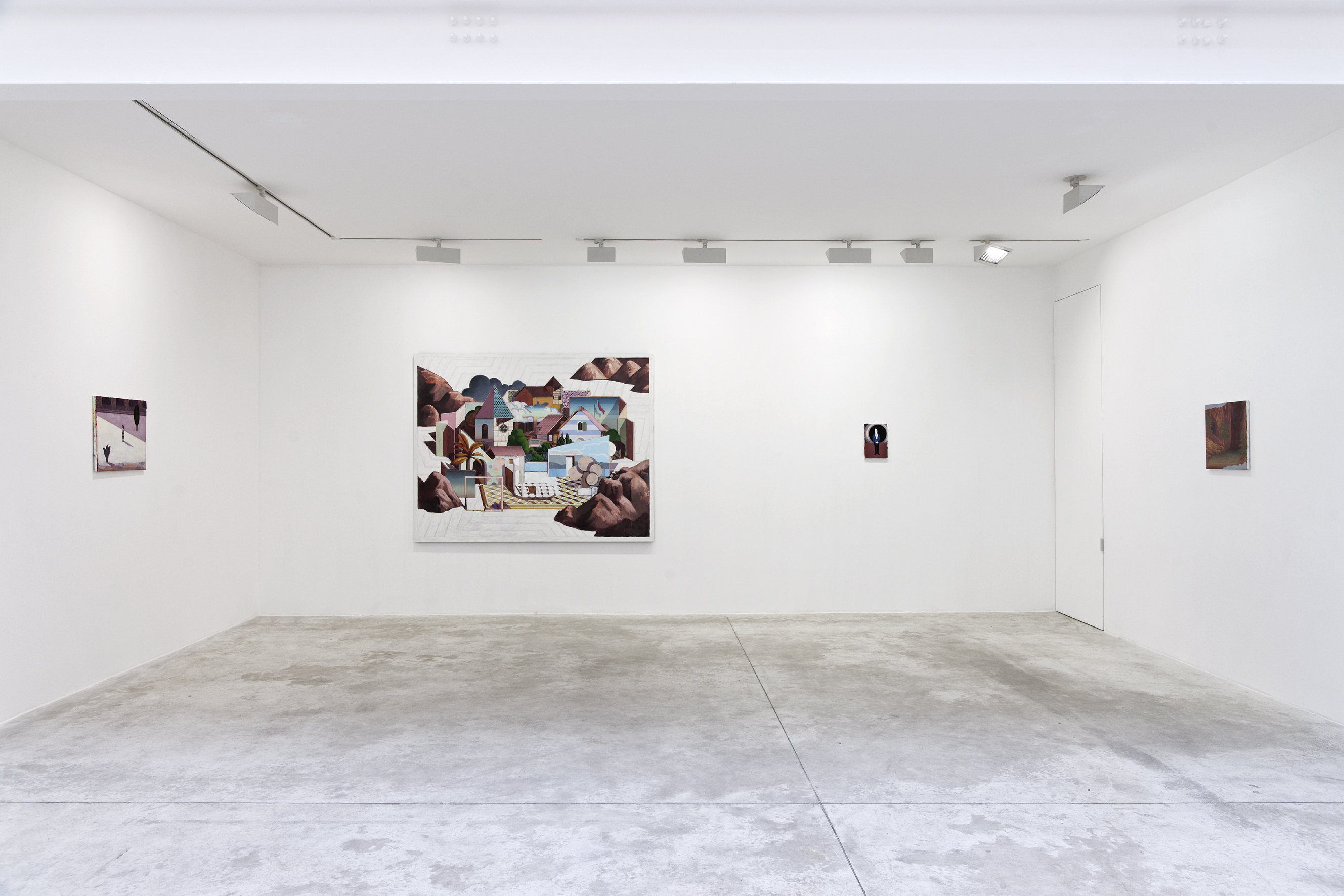 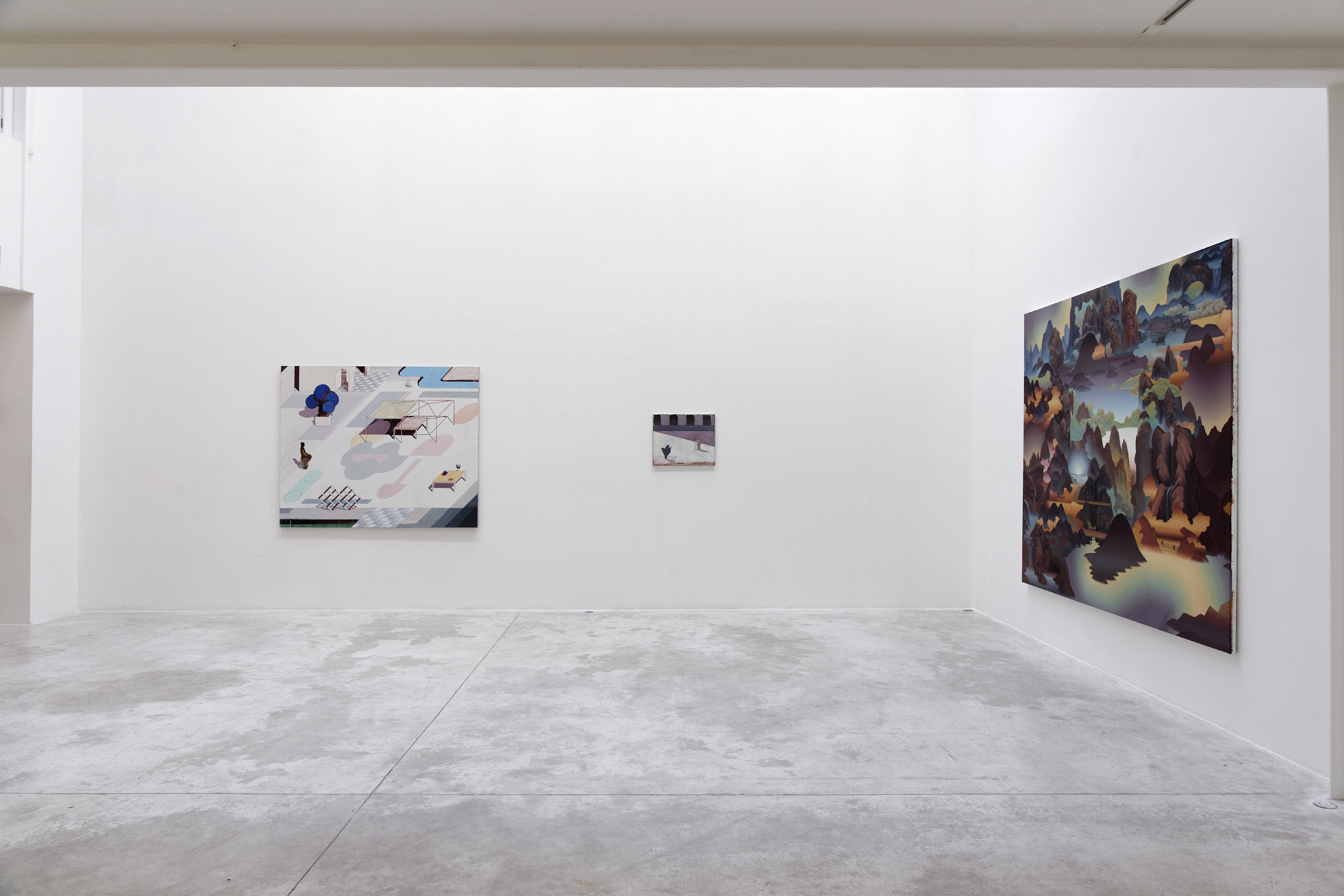 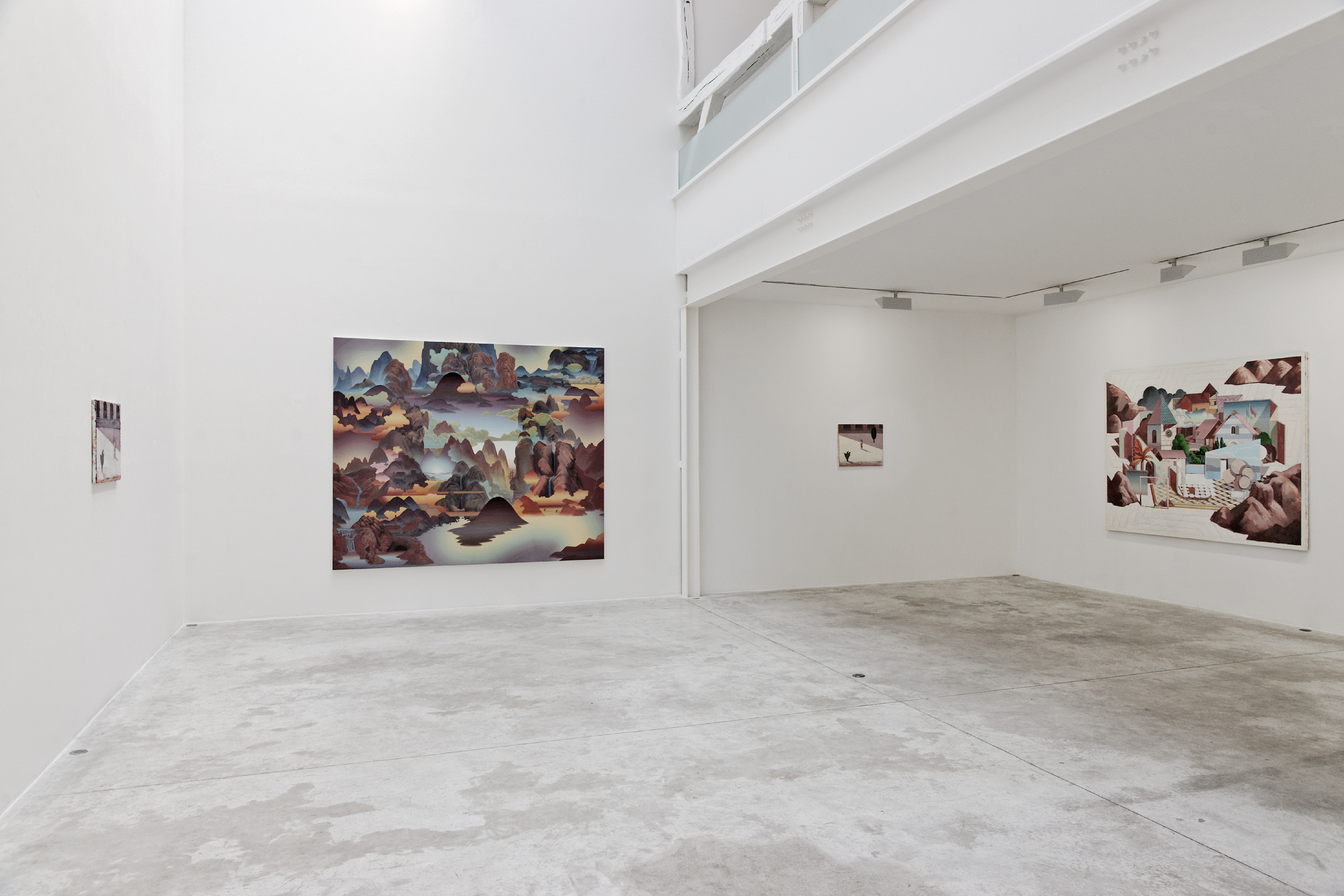 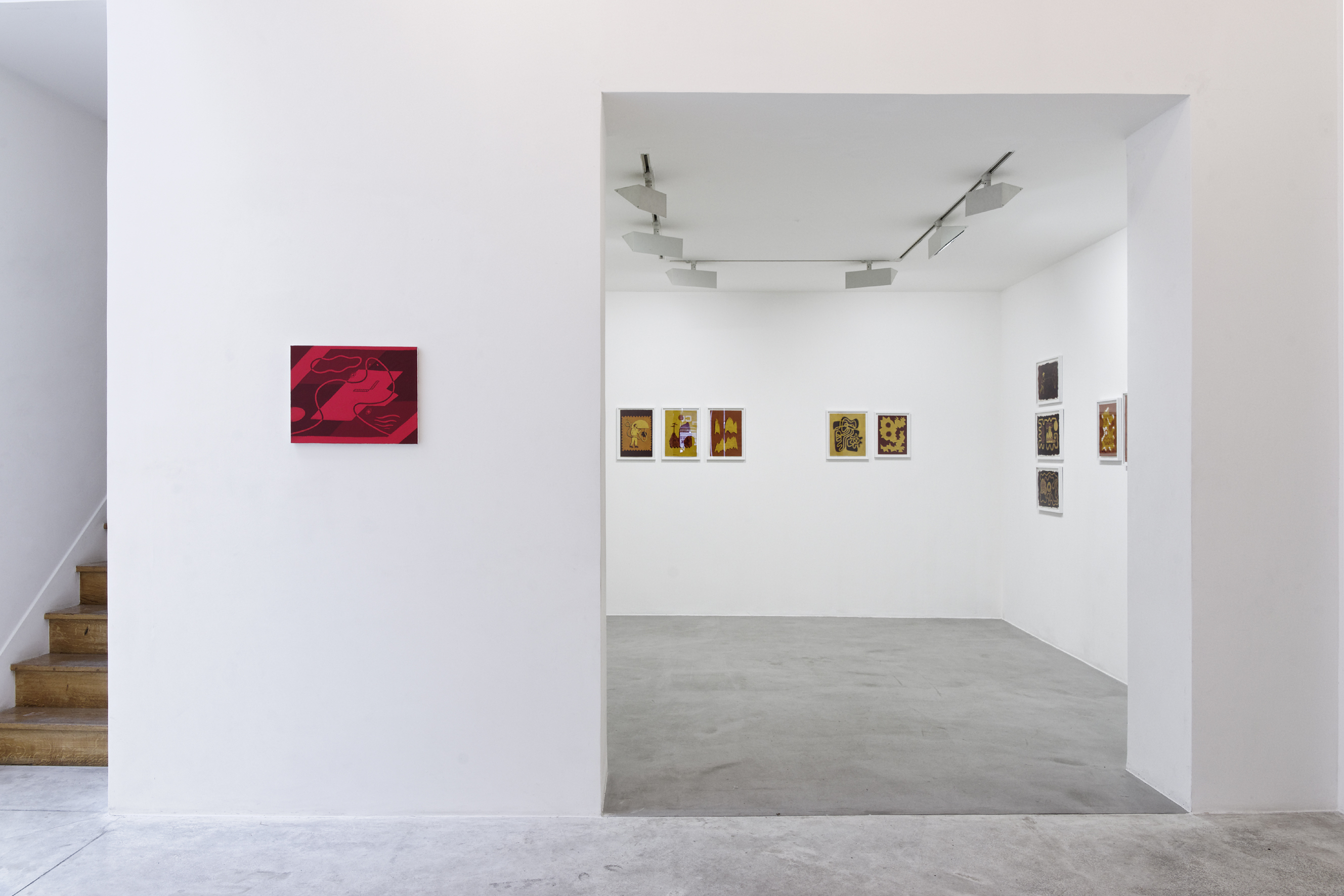 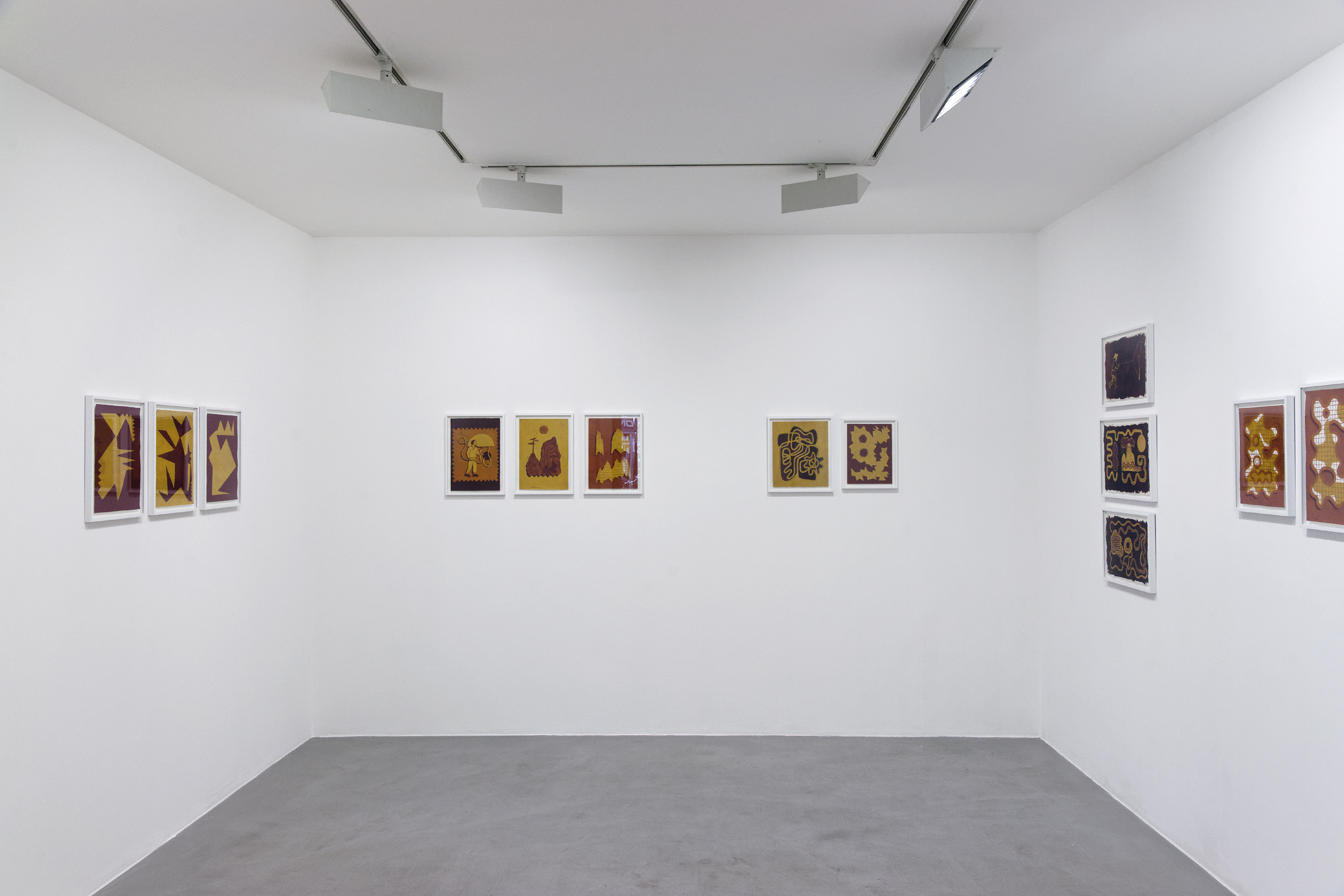 The derivation of the title of Christian Hidaka's exhibition at Galerie Michel Rein, Souvenir, is from the French, "to come to mind". This cognitive inference, which is inspired by a physical memento or form is in common with Hidaka's different depictions of space within the exhibition and the various notions of the competing representational values which accompany them.

Drawn from distinct sets of representational language, Hidaka's works mediate references to two periods which greatly informed the depiction of the pictorial plane. That of the 1480's, of Piero della Francesca and the influence of Euclidean geometry, with composition dependant on and within the parameters of the frame; and a second group which infer a limitless unfolding of space, which either take the form of ancient Chinese calligraphic landscapes or of a limitless unfolding of digital space, which originated in 1980's computer games.

The balance of information within these works rests not only in the nature of the subject within the frame, but also of how the subject represents an understanding of the frame itself and the space beyond, both physically and cognitively. The occurrence of smaller, more distinct movable objects within the sparse and expansive space of the architectural paintings infers a sense of phenomena.

The significance of these more declarative elements is at odds with the allusion to an unfolding of infinite space in the landscapes, an effect achieved through the repetitive sequence of form; and whilst distinctly different there is a psychological parity established with the isolating and exposing of the definite.

In both groups of works there is a sense that the message of the work doesn't reside within a single element or locus within the piece, but that through the works suggestive qualities it establishes a set of relationships in space. It is this aspiration for the space within versus the space beyond of the works, a distinction between the two forms which finds itself manifest pictorially. The Euclidean approach is to turn the composition inwards, acknowledging the objects as the message, whereas as a space of contemplation the Chinese landscape was intended to draw the viewer into that space, dissolving the division between representation and subject. This difference is as equally the difference between the Western aspiration for versus the Eastern actualization of spirituality.

In bringing these forms of spatial language together, Hidaka tests the treatment of his subject against its material, and also of the collective space sought by the works. Present amongst the differences established by the collective presence is the time of the work, both as a collection of present gestures derived from the artist's hand, as a tradition of interpretation or as the inference of meaning derived from within forms of depiction. It is this memory of belated representation, in combination with the implications sought actively by the works nature which poses the question as to whether the souvenir in question is ultimately that of past thought.