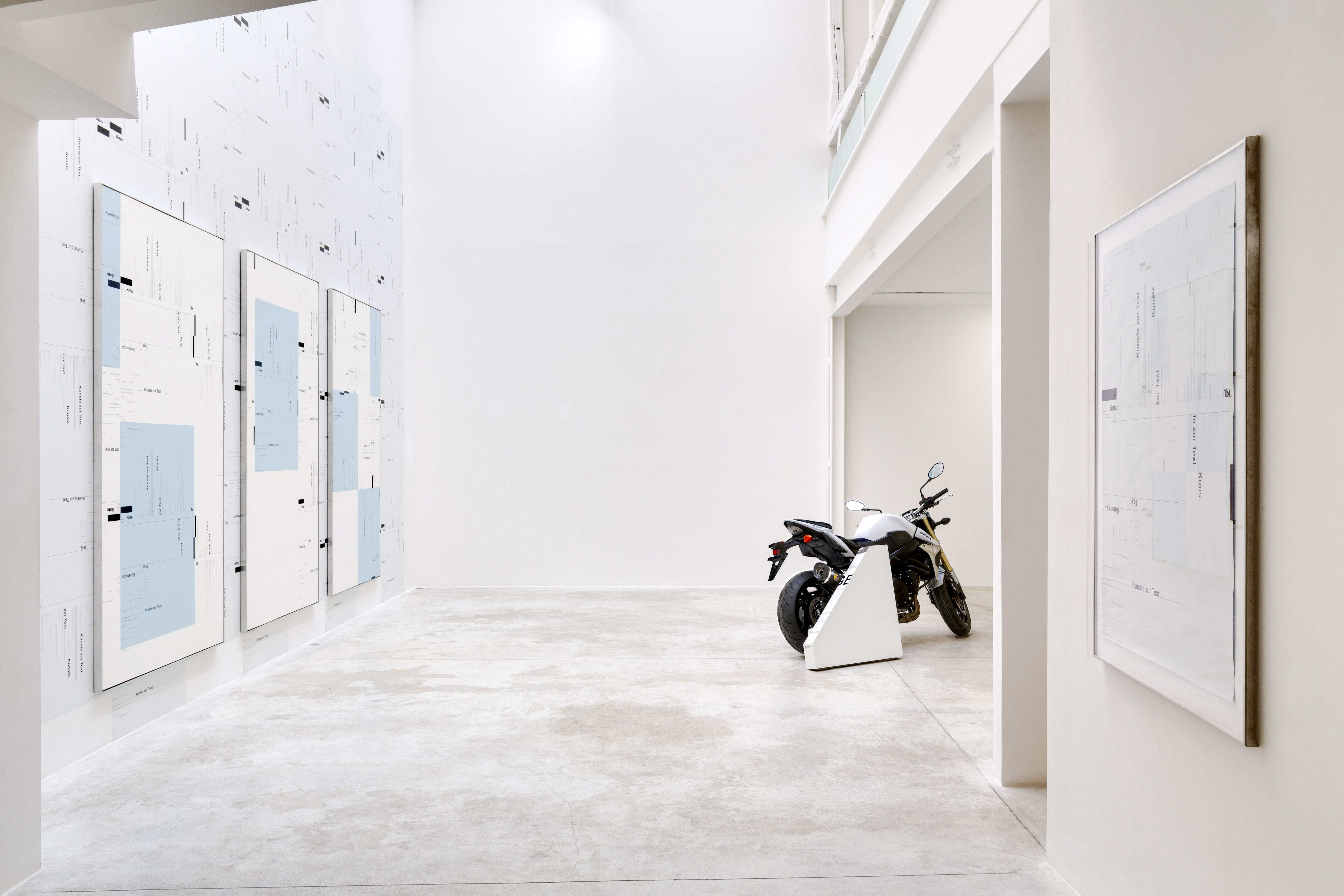 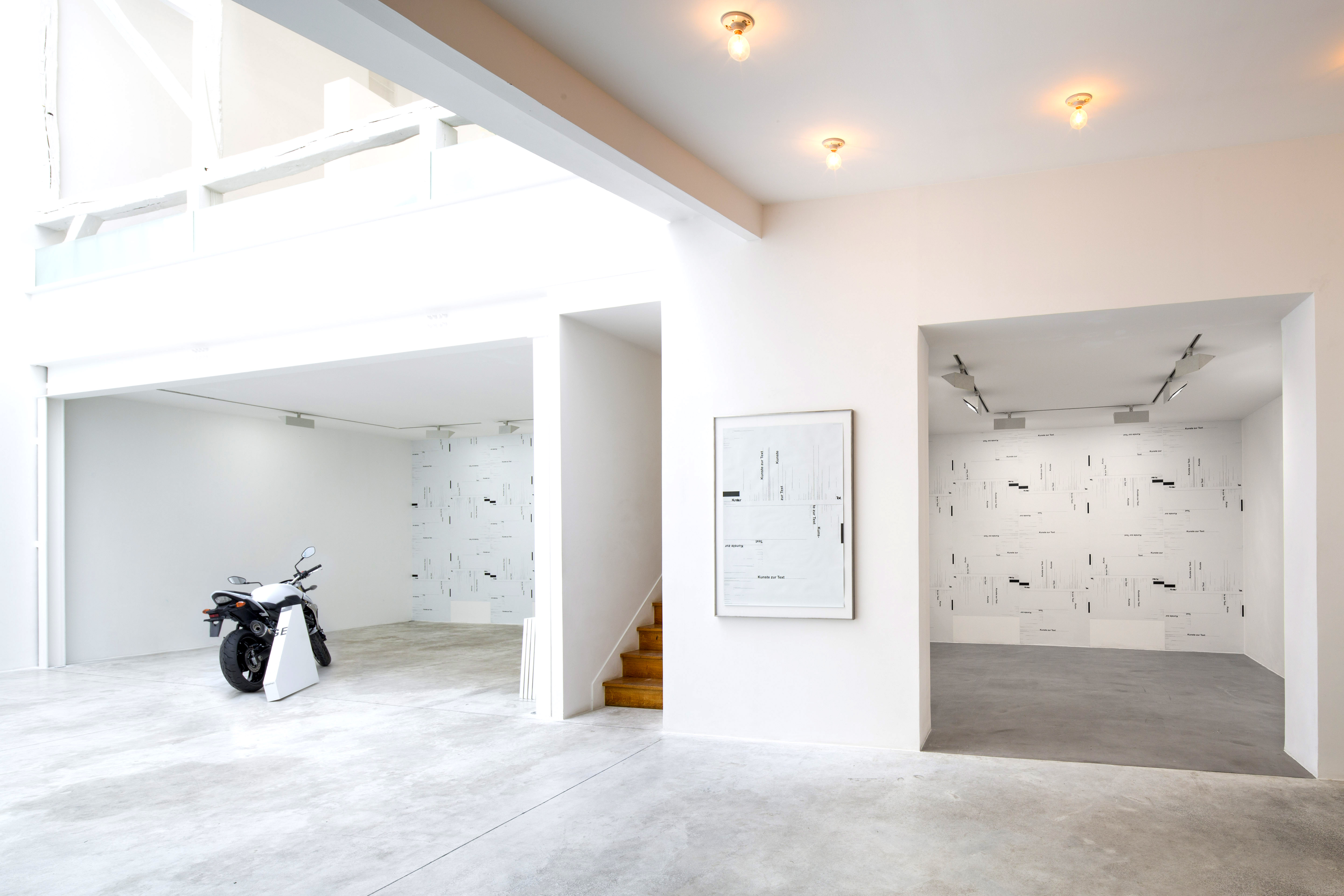 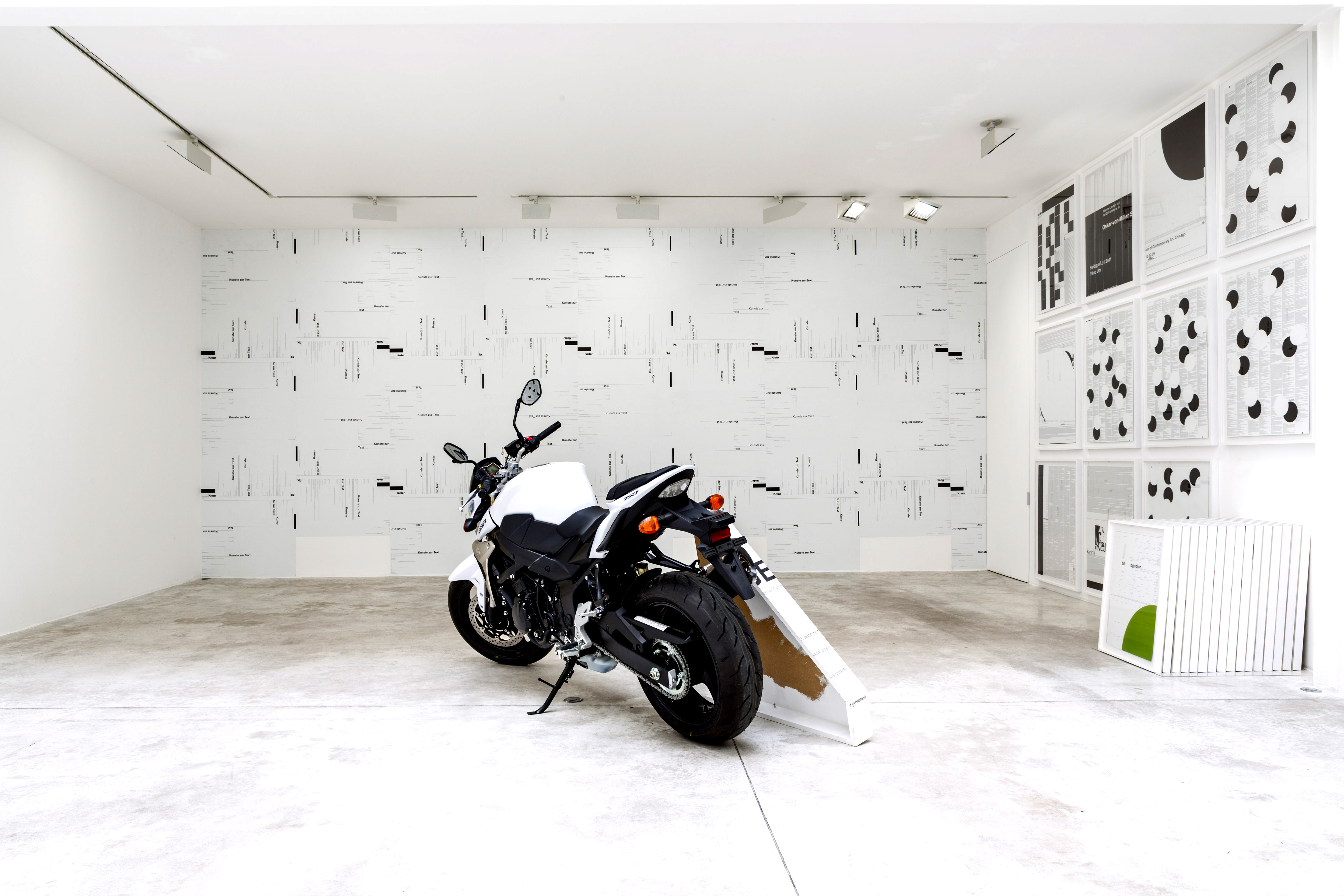 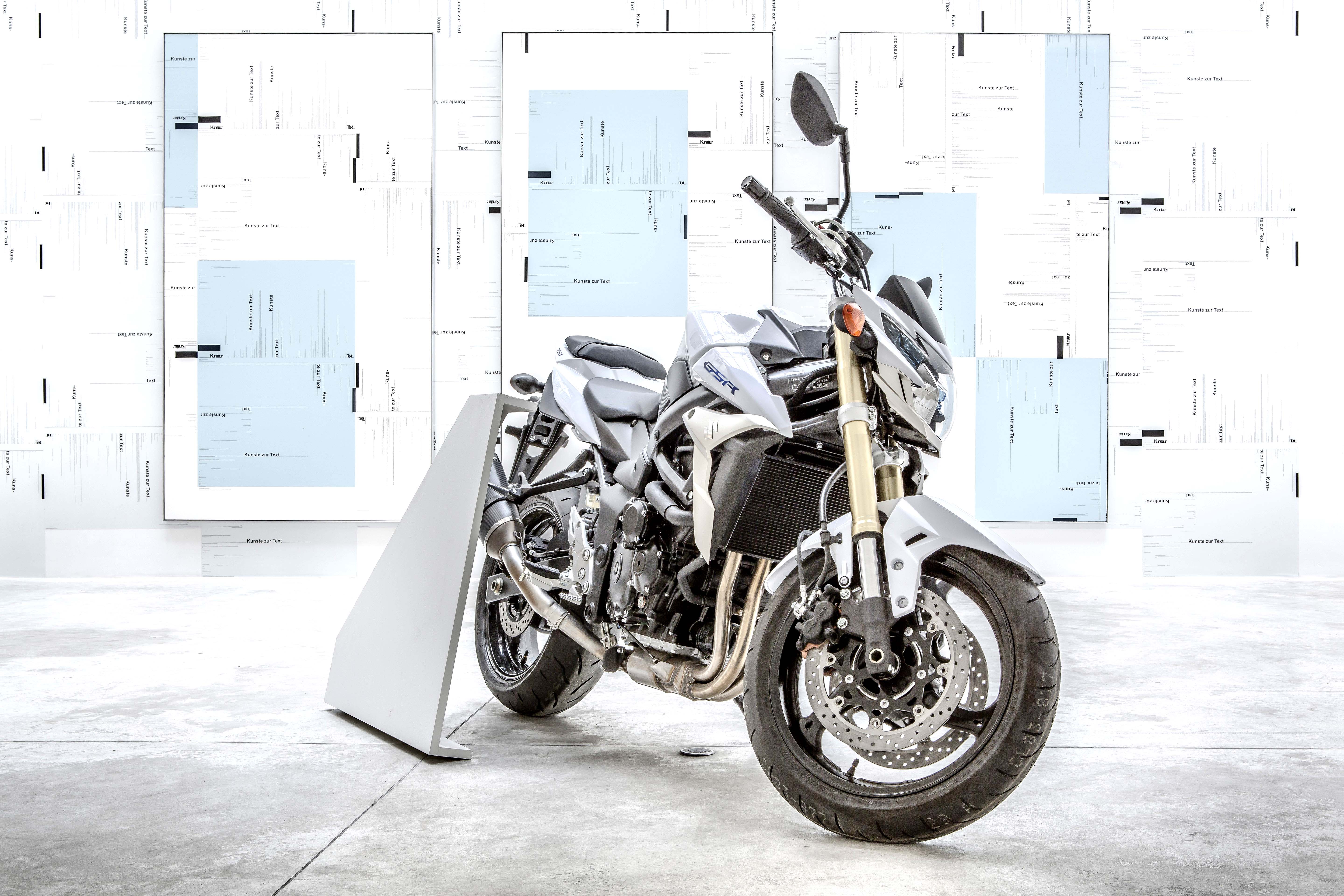 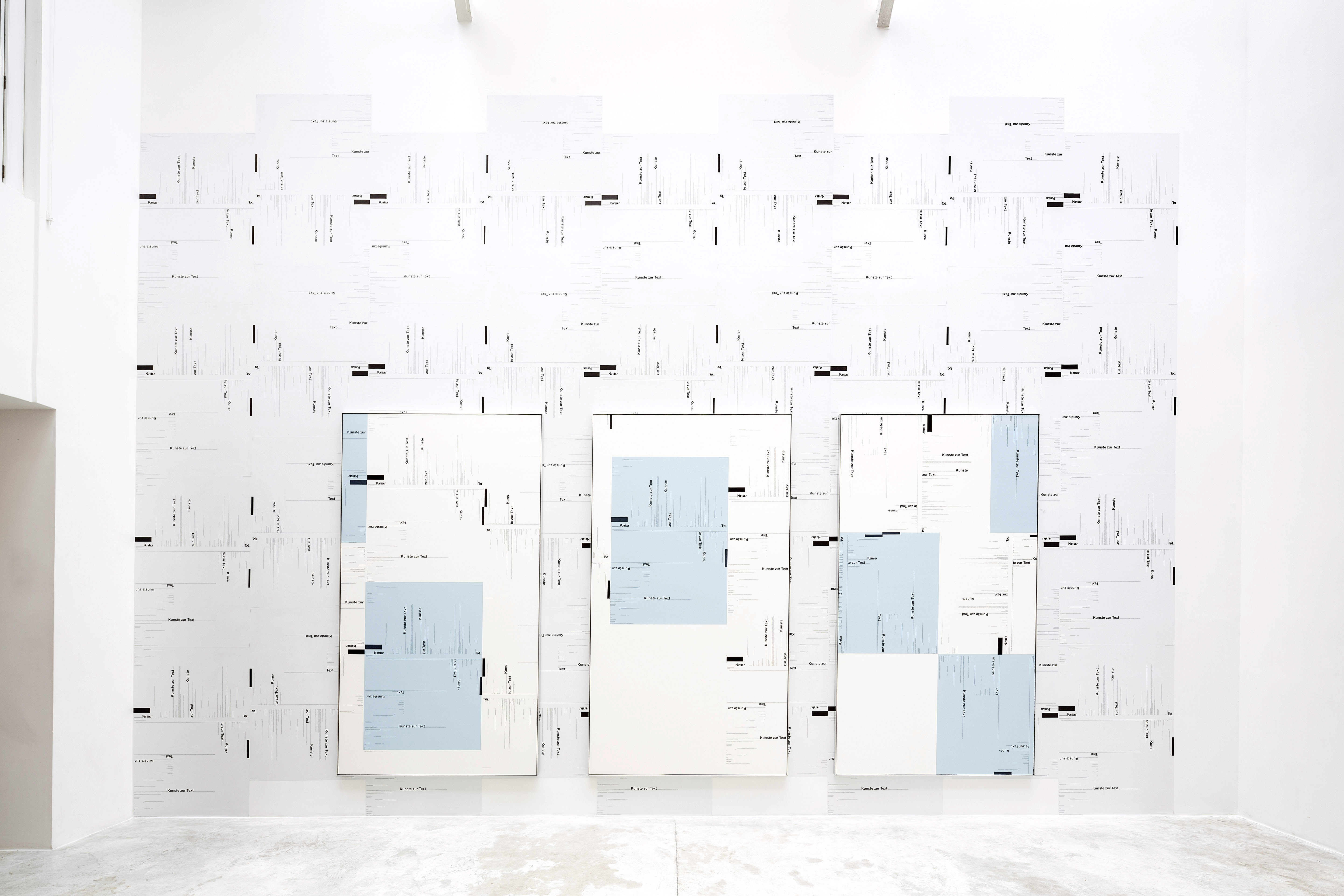 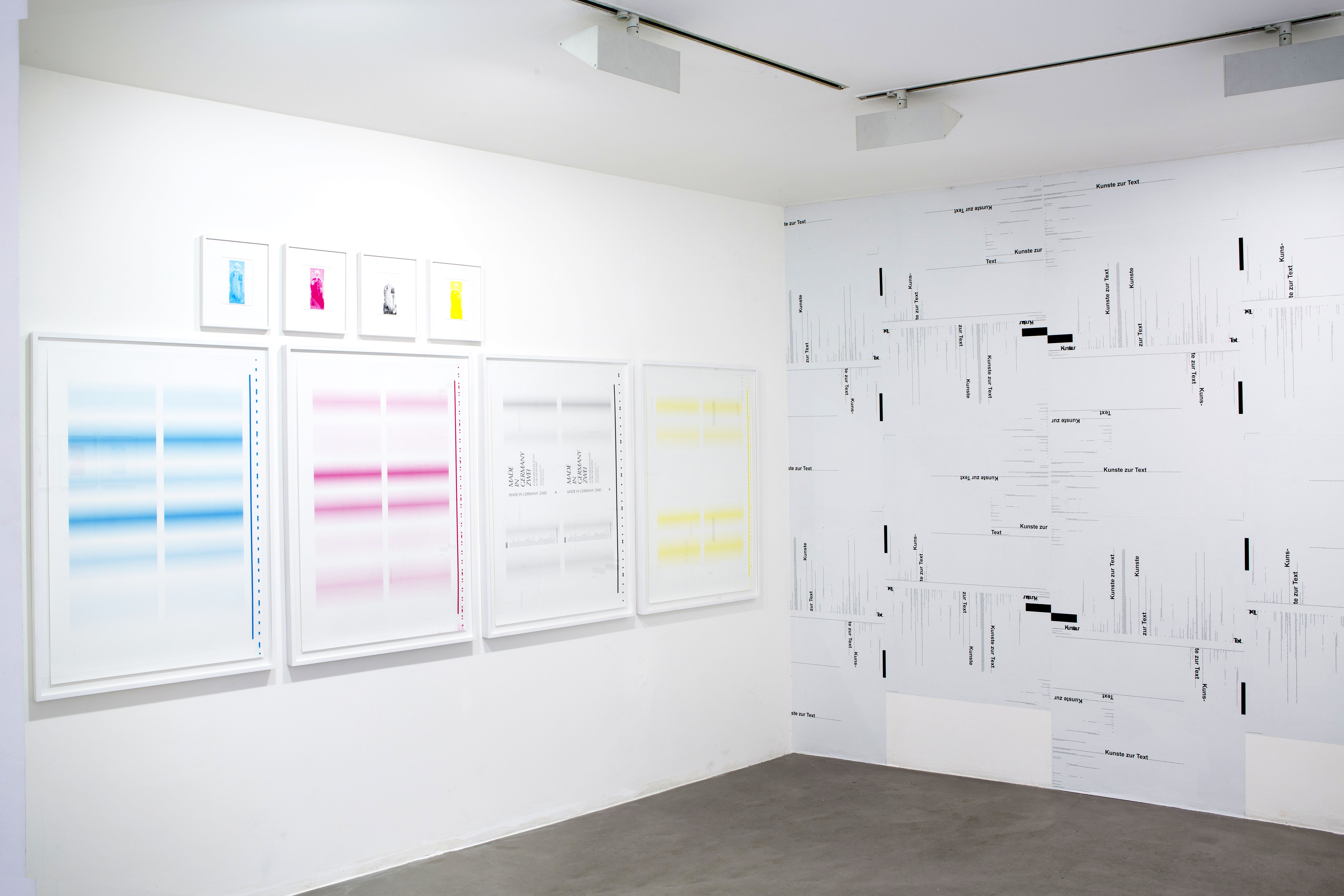 With the title Kunste Zur Text - also the name of the artist's retrospective at the Schirn Kunsthalle in Frankfurt which ended in September (Kunste zur Text, catalogue, 288 p., color) - Michael Riedel makes reference to the art magazine Texte zur Kunst, inverting its word order and creating a title which, according to German grammar rules, is no longer correct. The new phrase can, however, be understood as a challenge, as "a process or set of rules to be followed in solving a problem or a set of problems" (an algorithm) in which looking at art (discussion, assessment, mediation and reproduction) is itself the starting point for new artistic production.

That it is no longer possible to speak of art (Kunst), but rather of a differentiated form (Kunste) that positions contemporary art criticism and its "sophisticated contributions to contemporary art" (Texte zur Kunst) in an altered situation.

The beginning of Michael Riedel's artistic practice can be considered by his 1997 performance (during a lecture at the Städelschule in Frankfurt) in which he reinvented himself as an artist sporting a paper bag on his head with his name written on it, thus portraying the artist within the artist. Furthermore, with ongoing  reproductions over the past years, he has succeeded in reintroducing the system of art into the art system, provoking a self-sustaining production, the abundance of which Riedel can draw upon.

For his exhibition at Galerie Michel Rein, Riedel has reemployed components of his previous museum exhibition, including, for example, his poster Kunste zur Text, a printout of the website http://www.artipool.de/ausstellungmuseum.cfm?museumsID=1302 , which Riedel has pasted onto the gallery walls, and which, at the Schirn Kunsthalle, served as a background against which other groups of works were presented. In contrast to this, Riedel has now forgone the presentation of works which differentiate themselves from their backgrounds. Instead, he emphasizes these backgrounds with five silkscreens (252 x 142cm) on which the poster motif is repeated.

Riedel has utilized the gallery exhibition as an advertisement for all of his works which can be tied to the concept of Kunste zur Text. Works which are not present in the exhibition are replaced by the information of their very absence, which in turn can be read as a new work.

Information on, and the communication of, the art establishment is what constitutes Riedel's medium, a medium which his correspondent "click aesthetic" artistically transforms. Riedel has been termed by Frieze magazine as a "digital dandy," and it is not unusual to read that "the comparison is inevitable" between Riedel and Warhol (The New York Times). Riedel's immense production of posters is an aesthetic reaction to new means of communication and their attendant technologies. Situated by the introduction of the Internet for private purposes in the 1990s, Michael Riedel can be considered part of the first generation of artists of this epoch. His posters are a myriad of texts: from transcripts made using the recordings of innumerable conversations to texts with their words rearranged alphabetically, printouts of websites, the use of speech recognition software programs, lorem ipsum (Zéro Deux), instruction manuals, and even lists of made and not made works, which bring André Breton's and Philippe Soupault's écriture automatique up to date. A selection of posters made between 2005 and 2012 are also included in the exhibition.

The Fondation d'entreprise Ricard invited Michael Riedel to realize a specific installation for the Bal Jaune 2012.  Michael Riedel  will be a DJ together with Lescop, Surkin, and Yan Wagner.