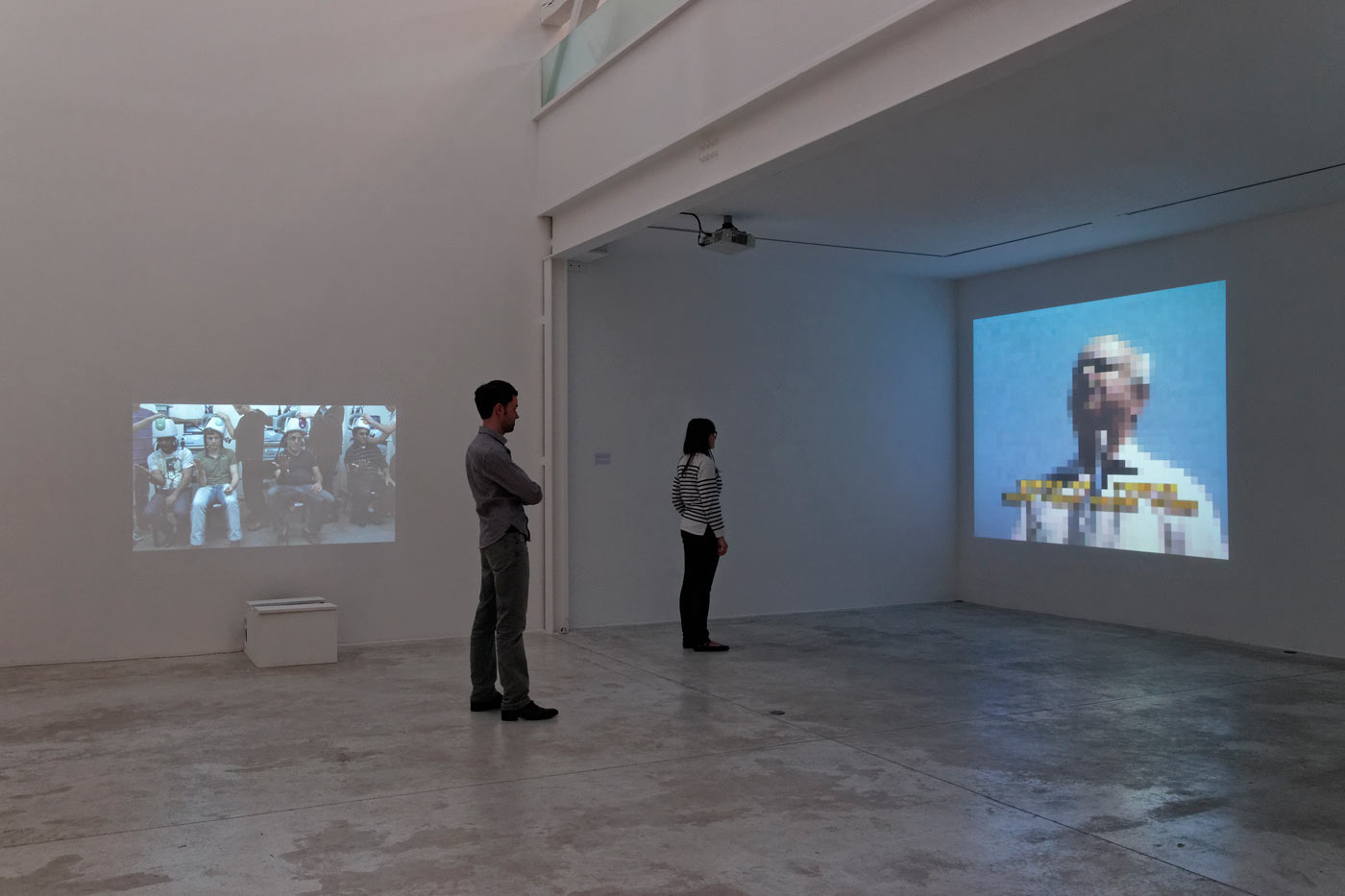 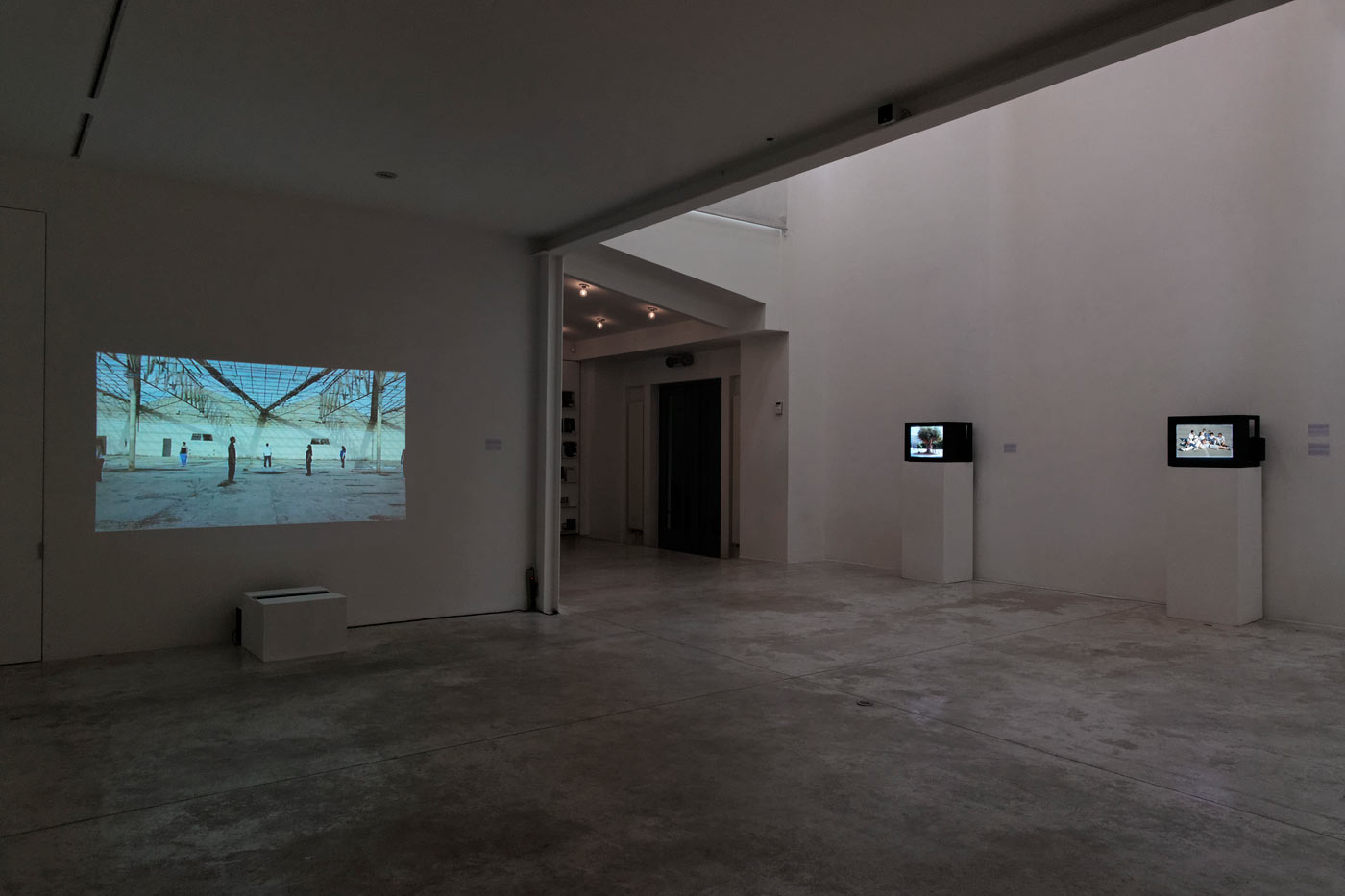 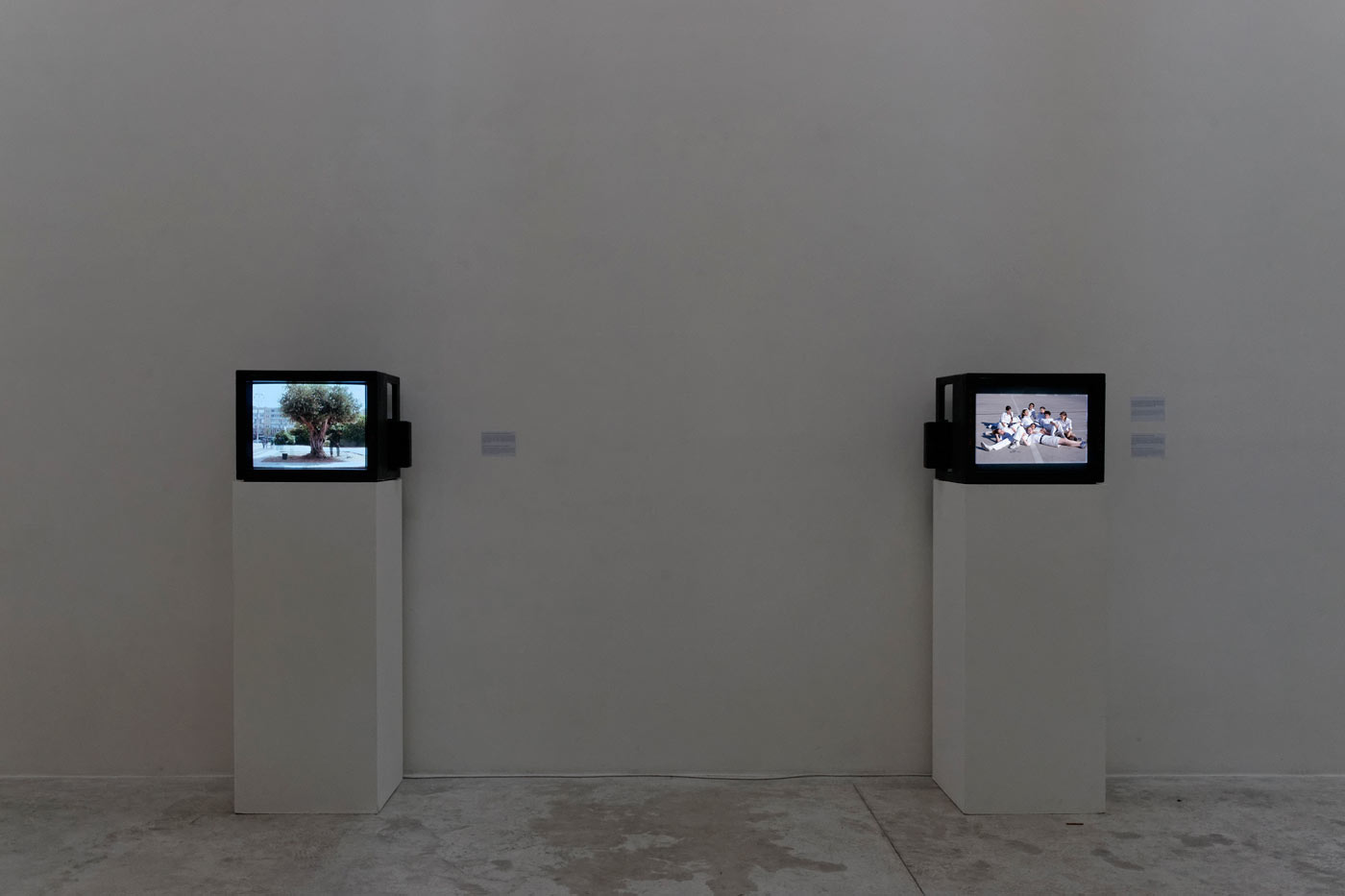 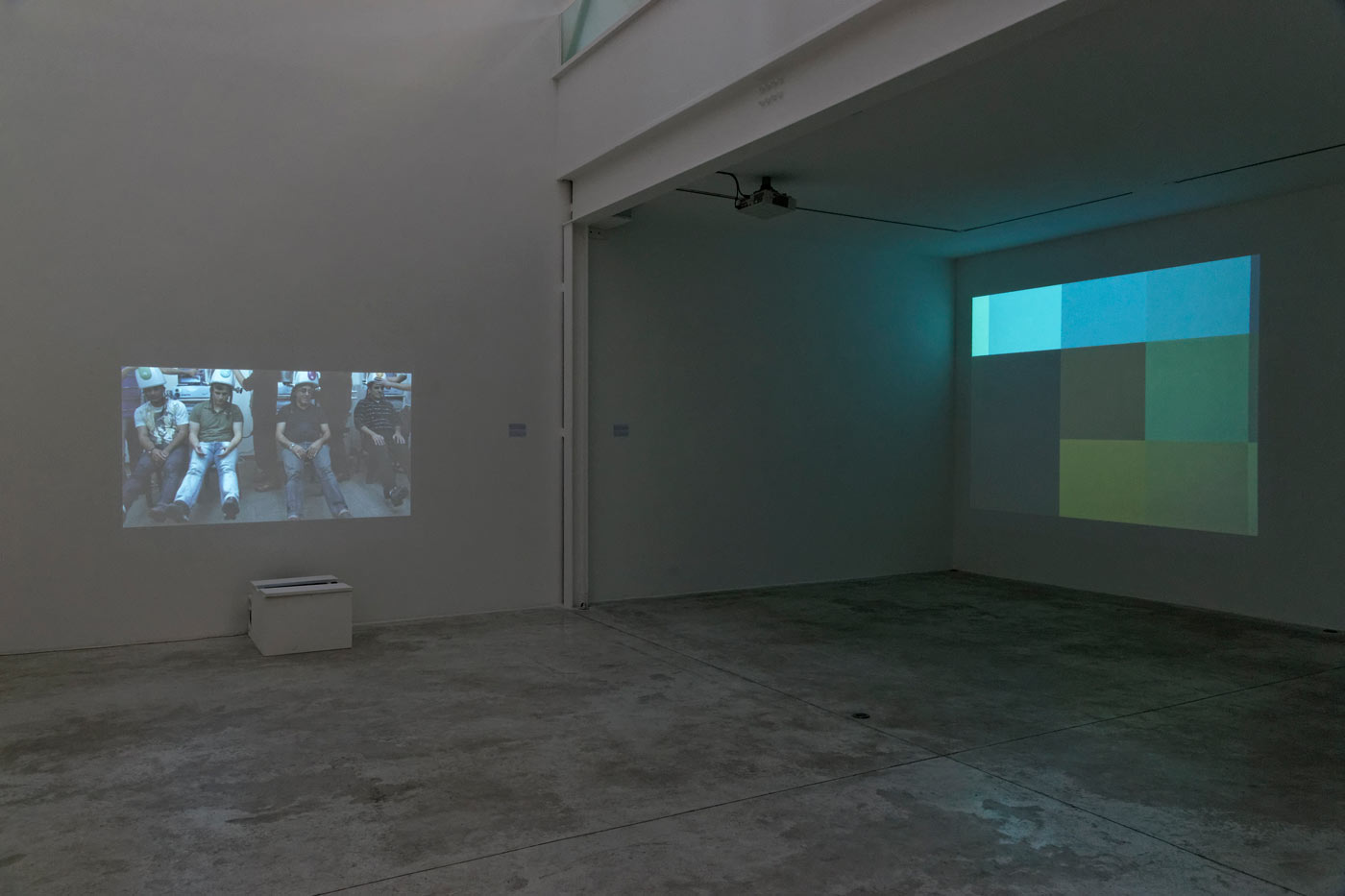 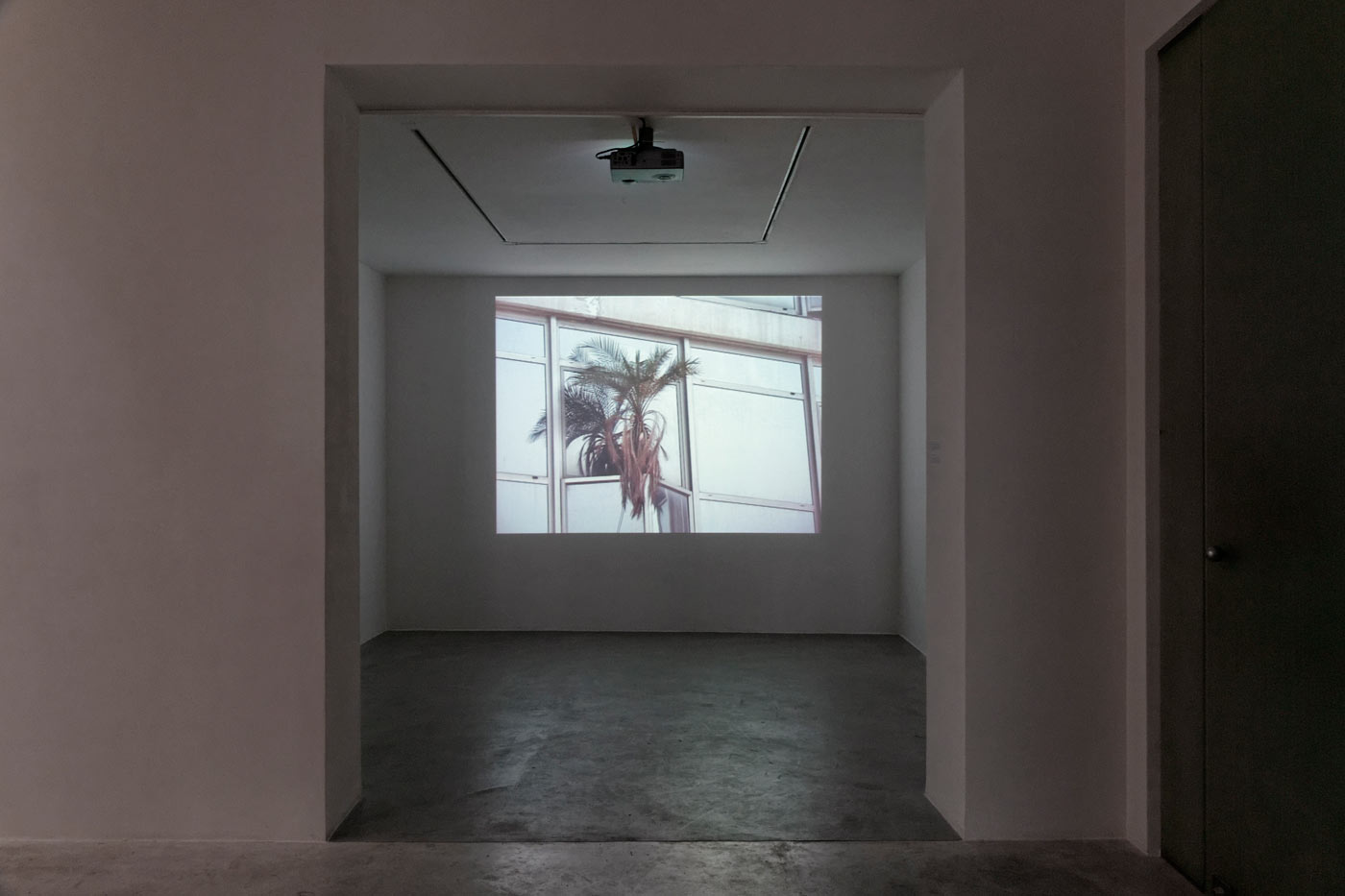 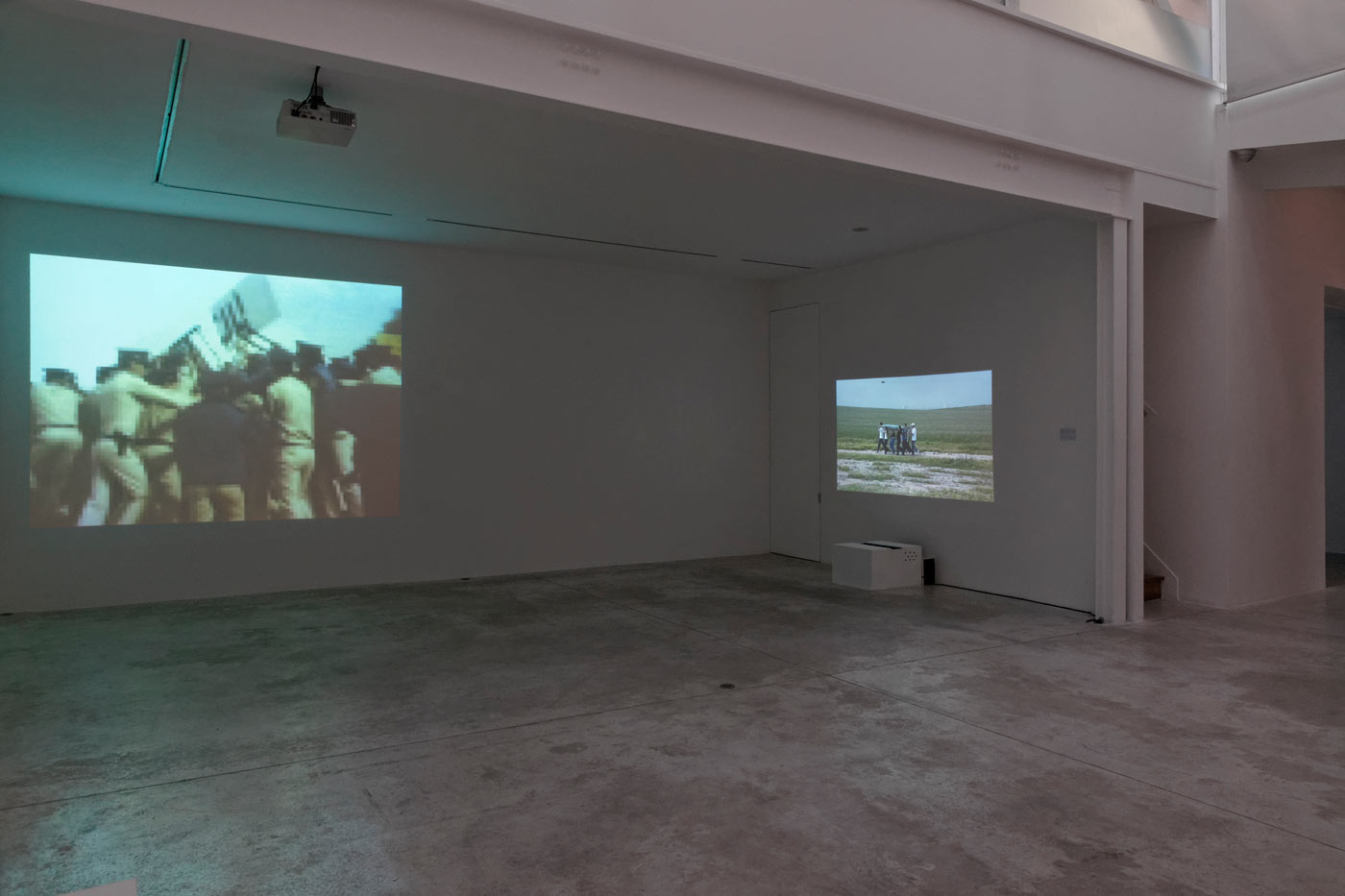 Can art teach us something about the space in which we live ?

To help us better understand the concept of localised utopias, Michel Foucault reminds us that our  existence is inscribed in relation with places, making reference to our childhood memories, taking for example our parents bed. "On this large bed we discover the ocean as we can swim between the covers,  it is the sky as we can bounce on the springs, its a forest as we hide in it, the night as we become ghosts between the sheets, it is pleasure, or at least until the parents come home and we are to be punished." [2] Our parents's large bed is also certainly an American Indian's tent where the chief comes to organise the resistance against the cow-boys.

Putting up tents all along the main road in Tel-Aviv is exactly what thousands of the population did during the summer of 2011 to show their indignation at those in charge and their desire to change the social system of the country. Could we call that a protest of a heterotopia?

Throughout their history, all societies can constitute new hererotopias or reabsorb them and make them disappear. What better example of the invention of a modern hereotopia than the discovery of the G spot by german gynecologist Ernst Gräfenberg in the 1950s ? The G spot is the absolute ''other place'', a localisable zone in the vagina, which, when stimulated produces an orgasm. In the video G-spotting, Nira Pereg criticises the masculine vision which reduces female pleasure to the topography of a place and plays with this idea. On the facade of a building with strict lines, the camera moves, following the orders of an authoritative voice, searching for the famous G spot.

In Bidun (untitled), Raafat Hattab an arab-israli artist shows himself watering an olive tree, picking it's fruit and taking care of the square of earth in which the tree is planted. A soundtrack accompanies this peaceful activity, a Lebanese song with the chorus I leave this place. As the camera pulls out, the viewer realises that the tree is in the middle of Yitzhak Rabin square in Tel-Aviv, a highly symbolic place as it was previously the Kings of Israel Square where the Israeli Prime Minister was assassinated in 1995 during a peace protest. Raafat Hattab wants to continue to take care of the tree, a symbol of his exile, under the indifferent gaze of the other inhabitants.

Created in 2006 by Omer Krieger and Dana Yahalomi, Public Movement is a performing research organism which  studies and demonstrates political actions in public spaces. In Promotional Video, they copy propaganda documentaries and have teenagers performing folk dances and military marches in front of national symbols such as the Knesset (parliament), Yitzhak Rabin Square or the Habima theatre under construction. By showing a place and a precise historical moment in the life of individuals, this collective attempts to spread their message to communities, social institutions, states and finally humanity in its entirety.

Joseph Dadoune's artwork forms part of a global, social and artistic project. For around twelve years, this franco-israeli artist has been working close to the community in his hometown to valorise and reignite the different cultural and economic activities in the city. Ofakim is an industrial town in the Negev region, built on sand in 1955, which has been unable to avoid the various economic crises. Following the closure of the factories and an the enormous increase in unemployment, the future has become more and more difficult, especially for the young generation who are slowly leaving. In his short film, Ofakim, Joseph looks at the dream of this abandoned youth: ten teenagers, in a macabre procession, cary a missile from the "Of-Ar'' factory (an old textile factory currently being turned into a cultural centre) towards Gaza, where it will be launched.

In 2009, two artists from Tel-Aviv, Maayan Amiret and Ruti Sela, built a floating gallery and conference hall in the extraterritorial waters off Israel. This neutral space - outside any official territory - welcomes forums to discuss the question of frontiers and identity and collects films directed by various Middle-Eastern artists. Extras forms part of the series which renews the understanding of extraterritorialities by the use of new information and communication technologies. Extras - the name playing with both meanings of the word -  extraterritorial or an extra in a film - shows a group of extras taking part in a magnetic trans-cranial experiment. This new technology - which uses a non-invasive method- can stimulate cerebral activity and artificially control the outward movement of the body. This work explores the question of independence and the frontiers between disciplines but also the way in which a place can exercise it's power upon individuals.

Echo, the video by Nir Evron, begins in an abstract way with squares of neutral colours, pixels which evolve mechanically to the sound of four monotonous guitar chords. By zooming out slowly but steadily, the camera reveals the first elements of a scene: a loud speaker in a large gathering, two lights blinking, etc. The scene in which Echo takes us is a protest in 1985, reacting to the closure of the textile factory ATA in Haïfa in northern Israel. Founded in the 1930s, the factory produced uniforms and other cloths for workers, soldiers and the kibbutzim. The closure of ATA is the symbol of a major social crisis for the country, which created the unemployment of 3000 people. Nir Evron sensitizes us to the end of the welfare-state and the entry into the quick stream towards globalisation.

The goal of this exhibition was to show the ''elsewhere" created by artists, like so many heterotopias, in the "ici" (the here and now) that the would like to see changed. As the boat[1] was for Michel Foucault, contemporary art is for us, the large reservoir of the imagination. All cultures form their heterotopias  but each one in varying ways. It's the merit of the artists which shows us and allows us into secret place. From that moment, everyone is free to modify their here, their "ici"