ONE FOR THE MONEY, TWO FOR THE SHOW
Stefan Nikolaev 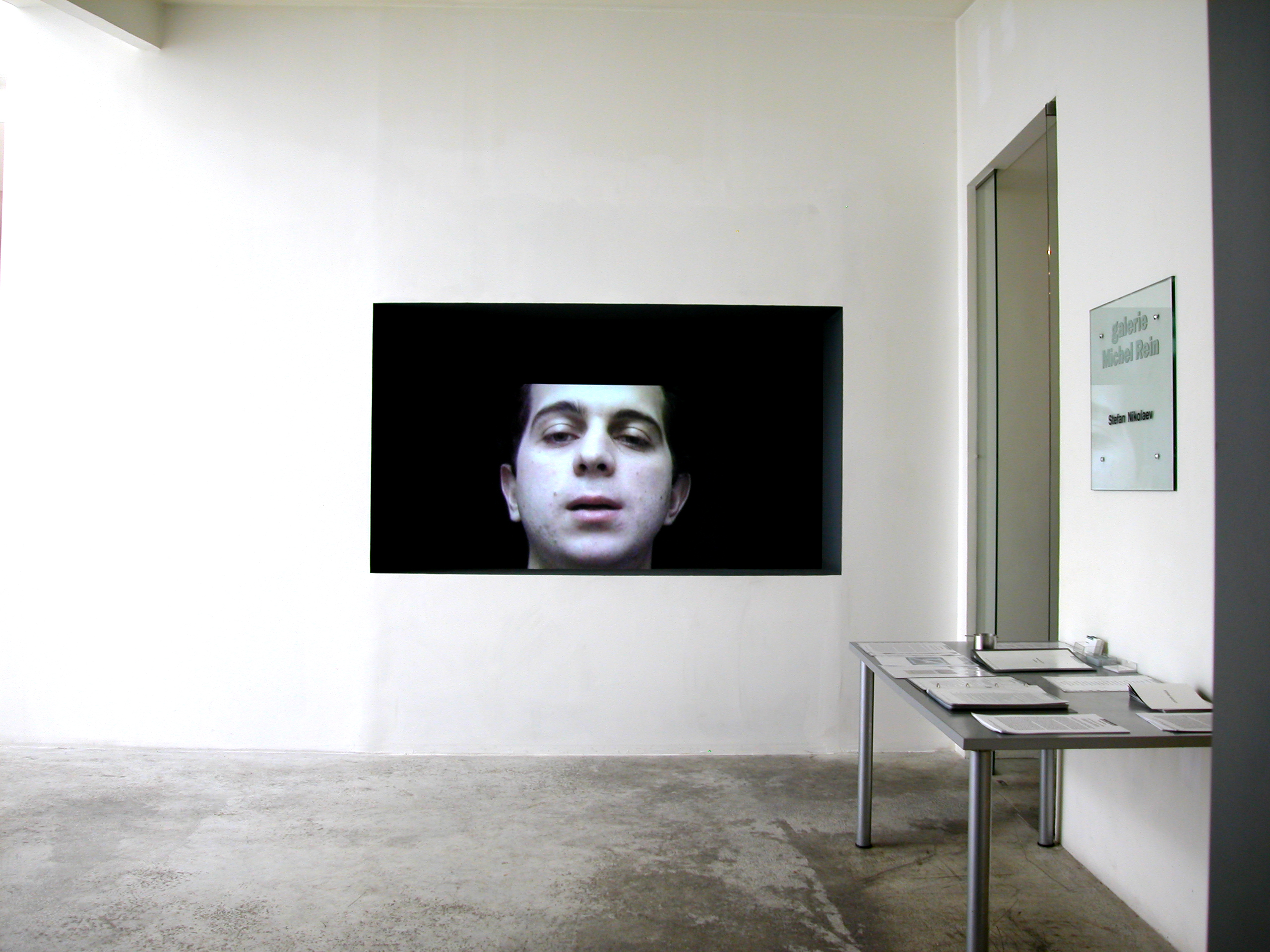 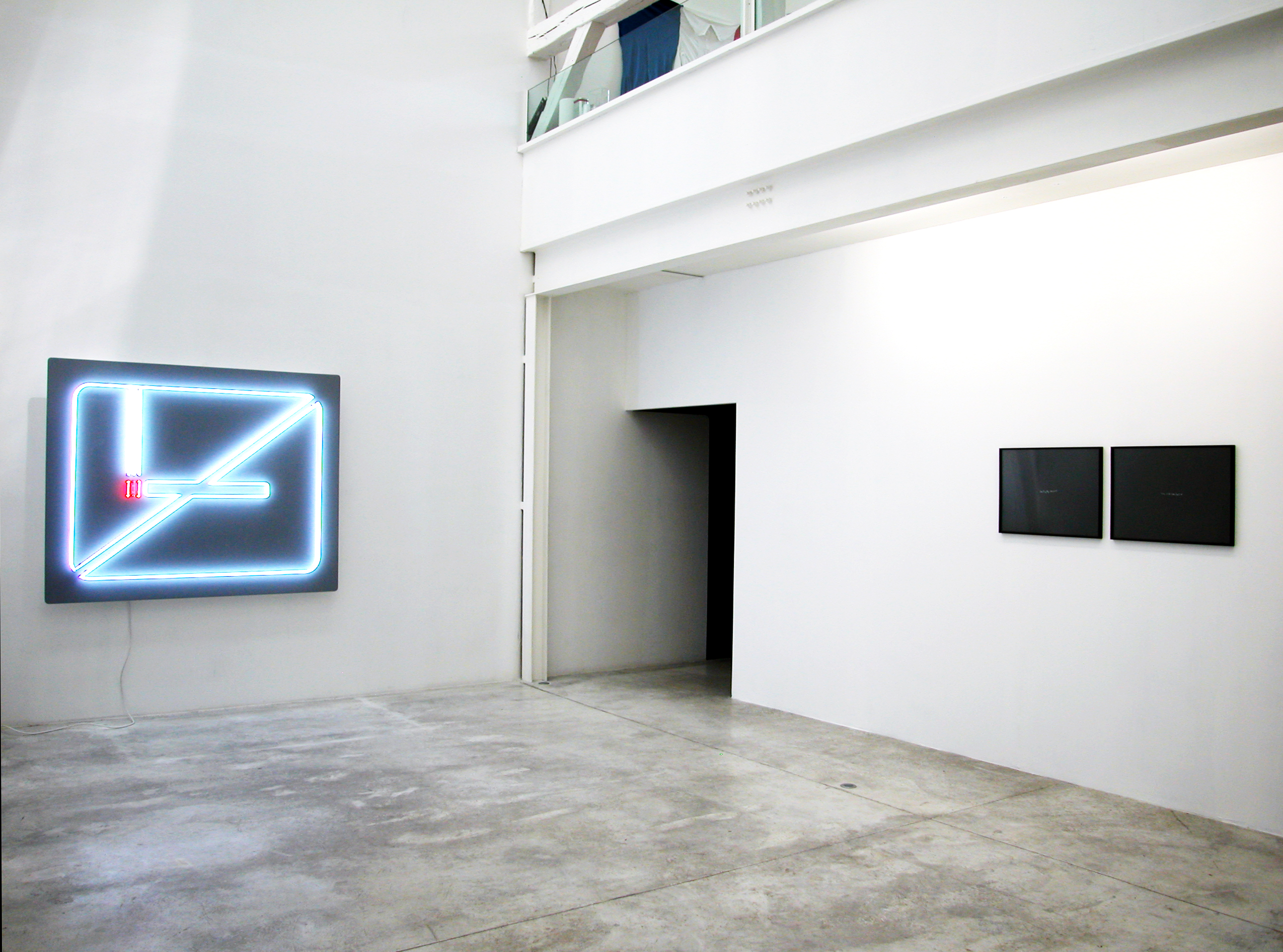 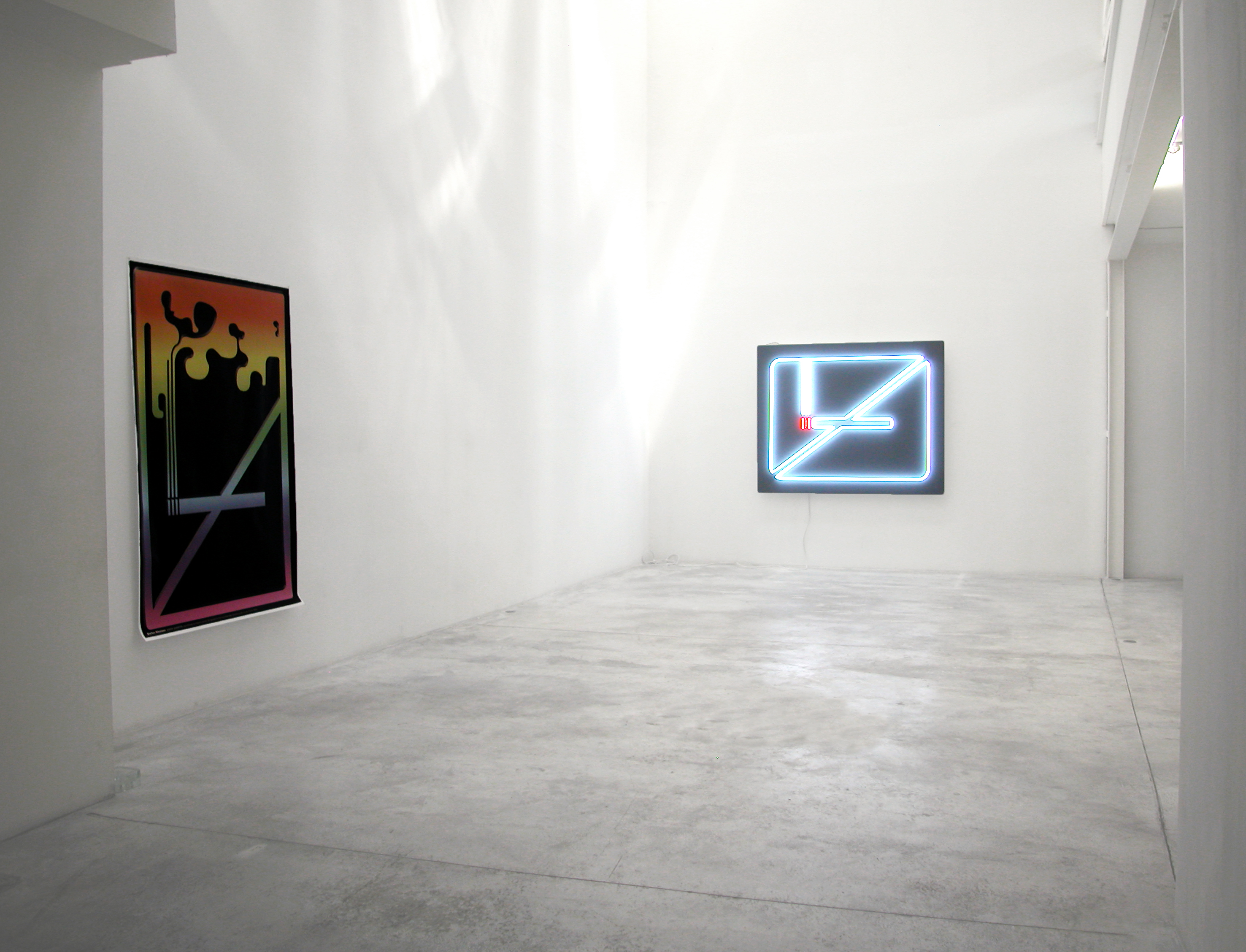 The Michel Rein gallery is pleased to present the Stefan Nikolaev solo exhibition, One For The Money, Two For The Show

Whether time - time passing, but time passed perhaps even more so - be cyclical or linear, literal or metaphorical, it almost totally informs the work of Stefan Nikolaev. Just as in sport we talk of a reference time based on which the champion will try to "clock up a fast time", it is not possible to discuss this artist's work without making reference to that nowadays ghostlike time of the 1970s and 1980s in the East bloc which represents his reference time - the time based on which he develops a body of work whose coherence and unusualness we discover little by little. The proof of time and distance. The experience of remoteness.

There is no doubt that what is involved is nostalgia. Not that well-worn nostalgia that might be quite conveniently associated with the Slavic soul, but rather a hybrid form, adapted to western taste, which we might call "cool nostalgia". Cool nostalgia or unlikely product of the clash between cold war and American taste. By merging these two antagonistic temperaments, Stefan Nikolaev attempts the daring wager of a dreamlike materialism, the way we might look forward to the invigorating freshness of a "Kool" cigarette. In his mural texts punctuated by digital clocks, Bulgarian reminiscences come up against the cold flashing of electroluminescent diodes and liquid crystals. Matter and light, solid and fluid - the two principles are contrasted and overlaid on one another. The whole cool nostalgia project, somewhere between affect and distance, and mental image and physical presence, is expressed in this short-cut.

Stefan Nikolaev's works may be organized around a memory, but they are formally included within the prosaic time of western everydayness. He is a traveller in transit. His world : a duty free shop. And in referring to the idea of "fast time", his work introduces us to an "intermediate time", a time of expectation and waiting. Between mother tongue and adopted language, and based on the international vocabulary of objects and brands, the artist develops his own language, his own communicational tool. Nokia cellphone, home trainer, Pall Mall cigarettes, neons and karaoke are, among others, the usual terms. But the effectiveness of this coded language, be it real or fantasized, must not disguise the complexity of the text which it is supposed to sum up. Just as the smoker lurking behind his cigarette betrays his nervousness, the over-use that Stefan Nikolaev makes of the signs of western mundaneness basically reveals a real aloofness from this latter. And it is probably the carefully presented failure of this strategy of dissimulation which enables Stefan Nikolaev's work to sidestep the albeit seductive superfluousness of the predictable look of "cool disillusionment".

In the video installation The Screensaver/ the hardisk/ the disk, the same principles hold sway. Using a remote control, a character turns on a stereo playing pop songs from the 1970s and 1980s (Bee Gees, The Mammas and the Papas, Sylvie Vartan, Imagination...) as well as well-known film music. Here, the soundtrack acts as "reference time". Right away, the blind-test effect is at work - we recognize these pieces of music, and yet there is a lapse, and the words are alien to us. What is involved here is repeats performed by Bulgarian groups over original orchestrations. So what ought to be familiar to us becomes alien to us, and time - the time to which these tunes refer us - bears us away into an indeterminate place. "By settling in Paris, in the late 1980s, I experienced this situation when the radio played tunes which I had only known in Bulgarian up until then. Today, I'm trying to share this experience by putting this pattern back together the other way round?.

Likewise for PosterPosterity* (Bordeaux, Montreal, 2003), in the guise of a bus shelter poster, what is involved is indeed a poster (let us bear in mind those scantily clad blondes posing on choppers) : an object of fantasy, where just the object remains. A hybrid image, neither really decorative nor really informative : a crepuscular Grand Canyon blocked by a "No Smoking" sign, escape from yesterday, prophylaxis of today.

As a variant of PosterPosterity, Extra Light (neon) literally illustrates the dual meaning of a title which, as is often the case in Stefan Nikolaev's work, is itself a readymade. But what might be no more than a "cool" process - in other words, the refusal of the literary as a literary process - possibly has to be seen in a different way. It is actually impossible to rule out a certain opportunism in the choice of these anglicisms, it seems just as accurate to see a kind of new Esperanto in the infiniteness of the poetic horizons opened up by descriptive and advertising language. The "super light" (meaning the opposite of both heavy and dark) of the neon as a sign of cool nostalgia and the vague regret of heavy Balkan smokers.

* A limited edition will also be on view at the Michel Rein Gallery.