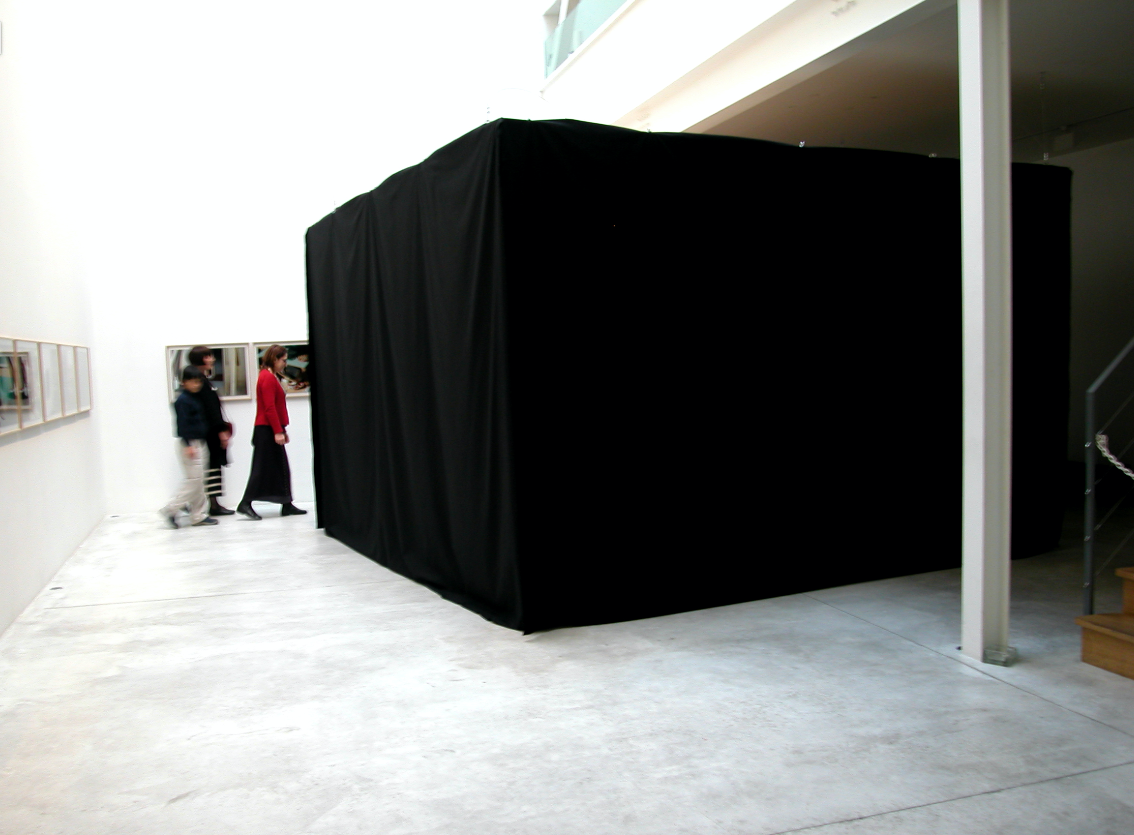 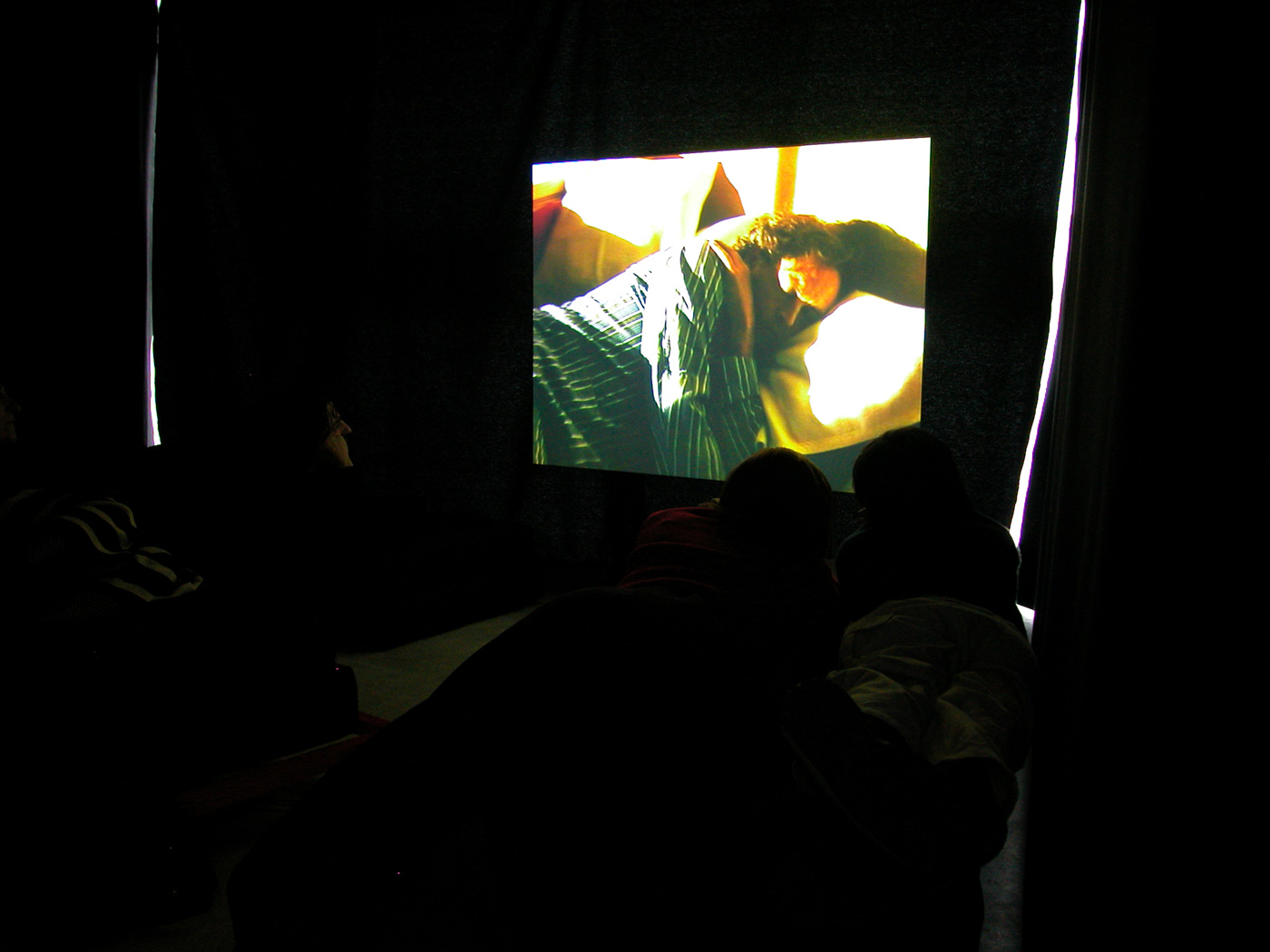 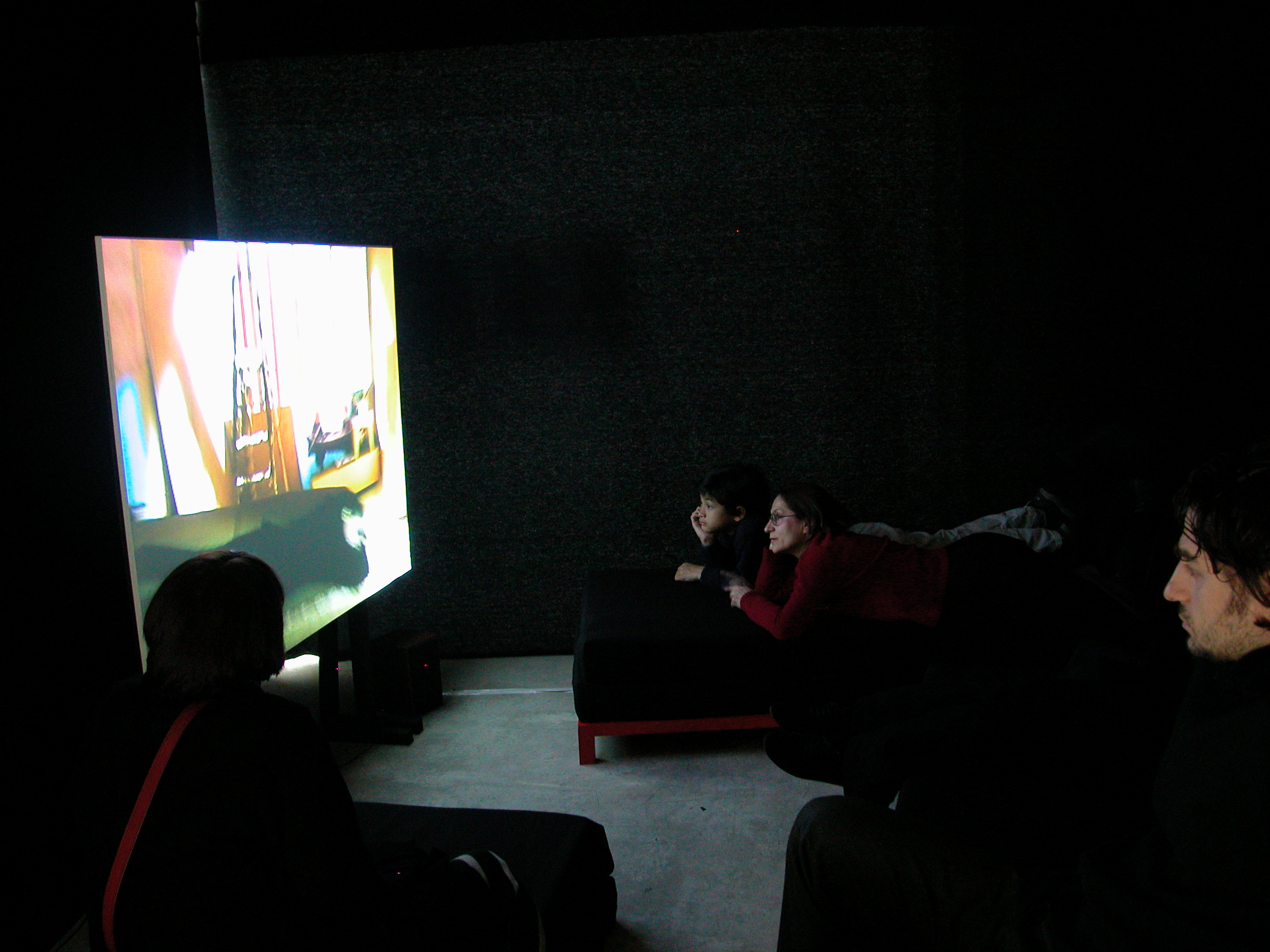 In Le Dortoir, twelve apartments of a single suburban building were filmed during 24 hours on the day after a party. In this environment occupied by sleepy «revellers», the artist created several espaces-temps where spaces and their occupants meet themselves.

As in many previous works by Jordi Colomer, cardboard objects are making up the scenery : «I revived the subject of describing a party, whom I already handled in early (unexhibited) videos. Le Dortoir  is a contemporary vanité, always in motion, something ephemeral but intense. New connections are established between all these objects : cigarette butts, pearls, bones, games... That is why making these cardboard objects appears to me so obvious».*

Jordi Colomer will also present Anarchiteckton, a serie of new photographies, where some characters are carrying architecture models, exact replicas of the buildings, in front of which they are moving around.

Trained as an architect, Jordi Colomer (1962, lives and works in Barcelona) is maintaining in his artistic work (sculpture, photography, video work) a strong relationship with space. His videos are always to be seen in experimental projection rooms designed by the artist as architectures.

* Some of these objects were used for the video Fuegogratis now exhibited at the Jordi Colomer’s solo show at La Galerie, Noisy-le-Sec until november 16, 2002.