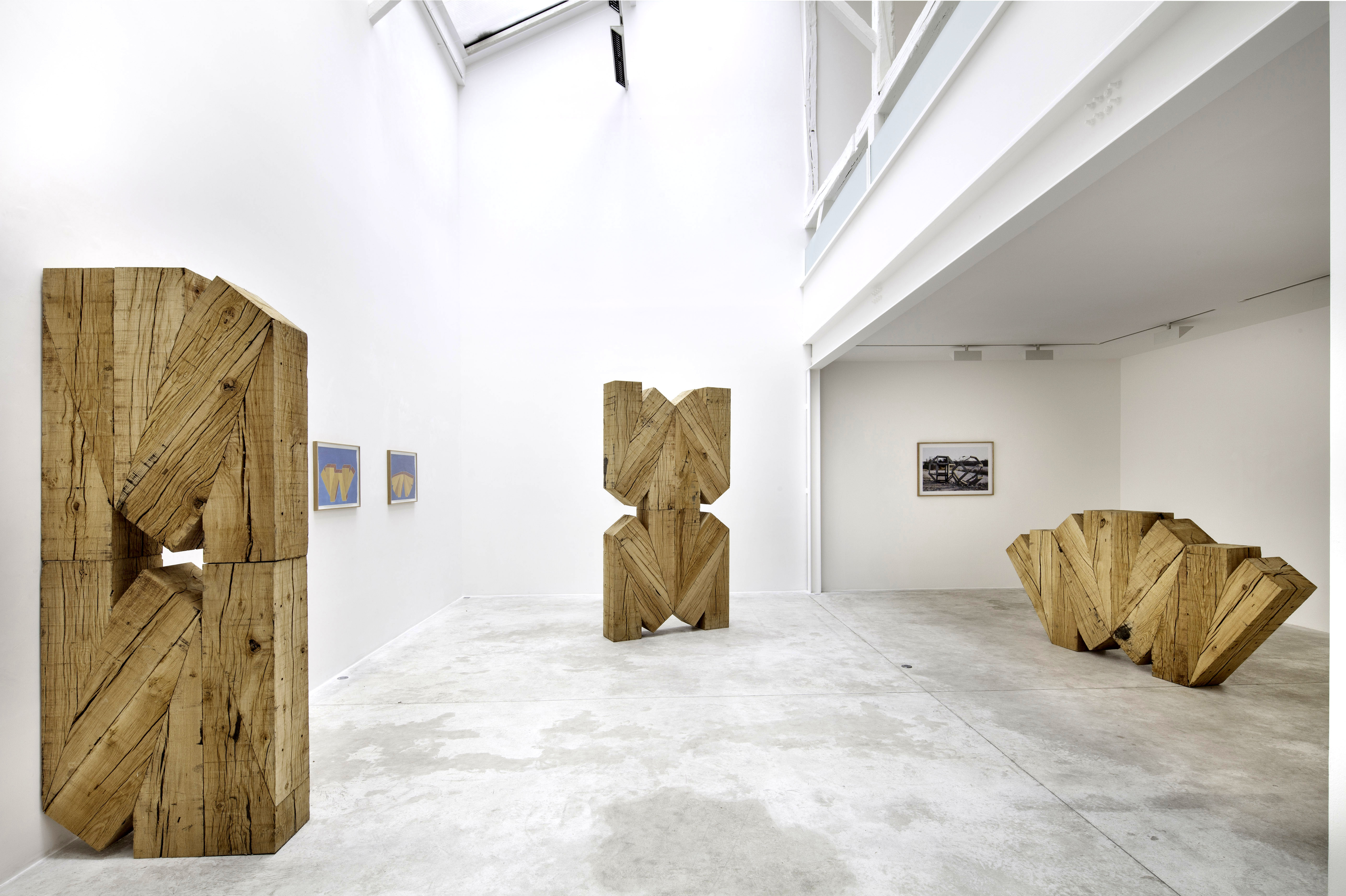 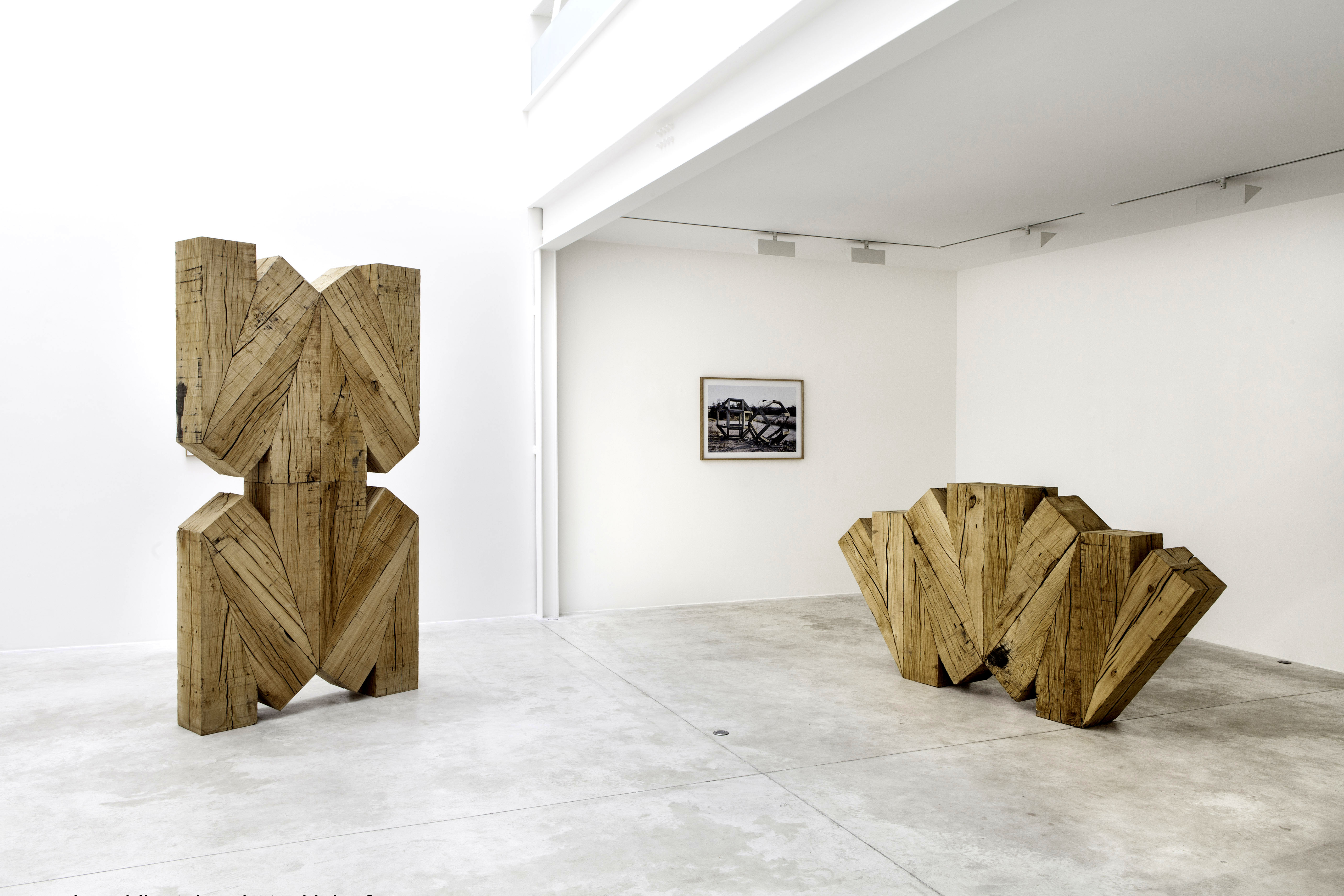 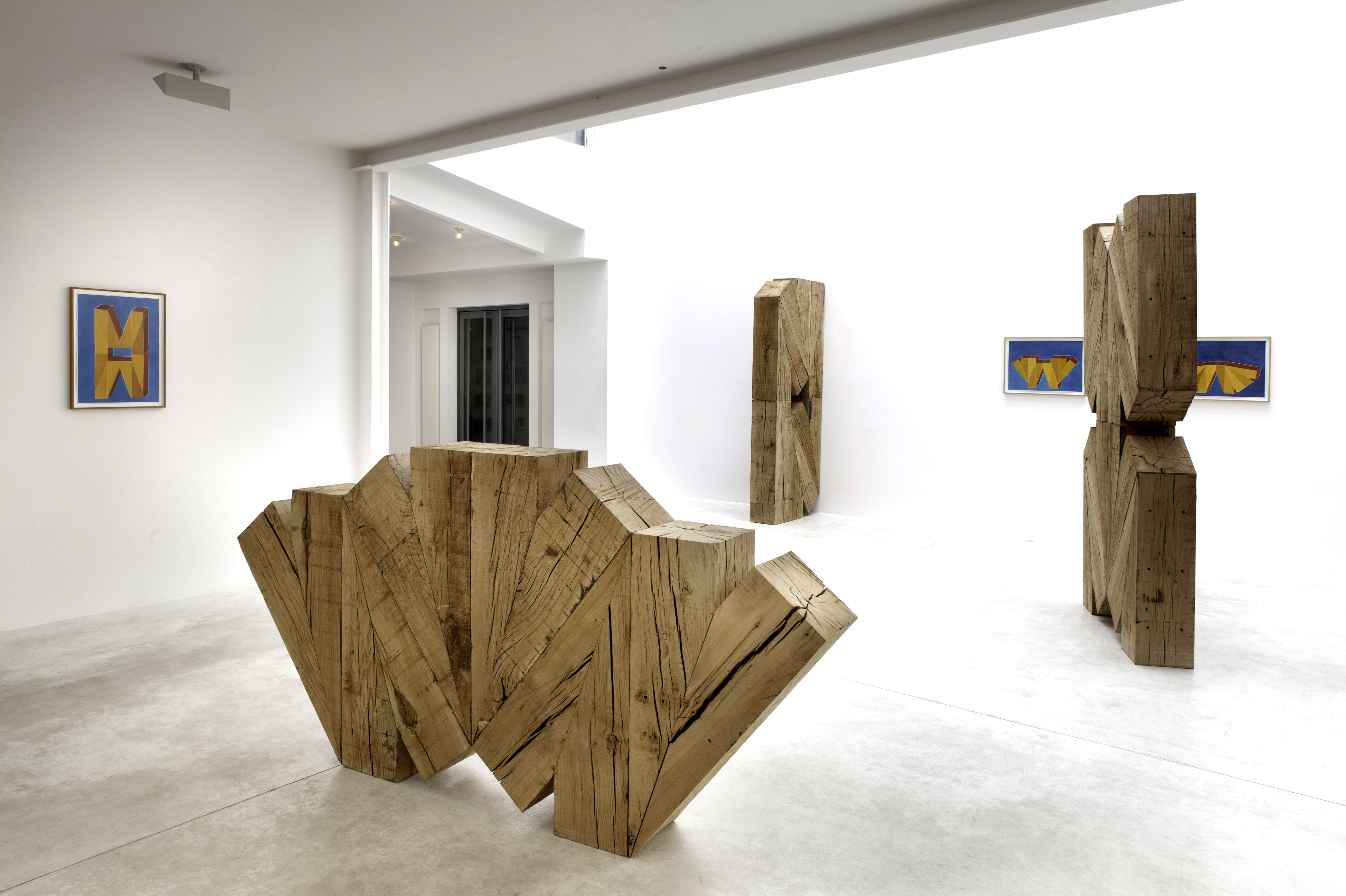 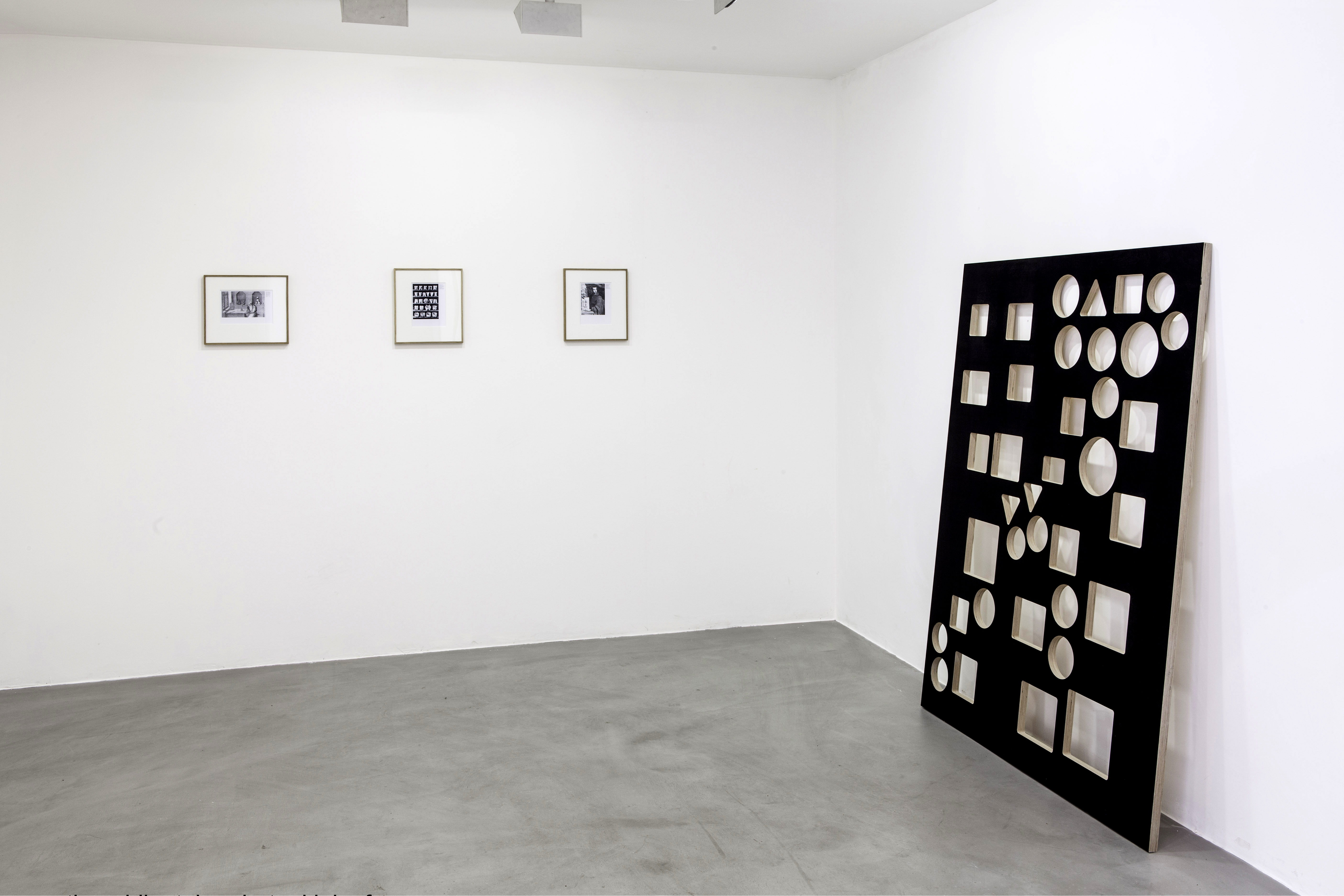 At Michel Rein, displayed in the same sequence as in the Tuscan monastery, a series of 23 coloured paper collages reproduce to scale the mosaics of Monte Oliveto’s “marmi finti”. This is a frequent procedure in Zarka’s practice: excavating in a wealth of existing forms and repurposing them in a different context, further complicating their implications and expanding their connections. As Guillaume Désanges states: “Raphaël Zarka does not seek to give form to his ideas, looking instead for the ideas underlying forms.” 1

Such is the case of the Regular Scores from Zarka’s Paving Space project, a series of modular sculptures that replicate a model produced by German mathematician and crystallographer Arthur Schoenflies (1853-1928) as part of his research on the regular partitioning of space. Beyond their use as means of visualizing his ideas, the Schoenflies modules generate forms that Zarka appropriates for sculptural purposes through operations of scaling and careful material manufacture. This migration of intention extends to skateboarding, a practice that has a prominent place in Zarka’s work. The Regular Scores are instrumental sculptures which can be performed by skateboarders who leave visible traces on their surfaces. It is a perfectly built, yet broken geometry filled with the tension caused by the convergence of references and uses it contains. The surface of the sculpture, freed from its demonstrative mathematical function -as Zarka allows gaps between the modules that should be otherwise perfectly joined together-, accommodates the evidence of a “geometry of movement2” embedded in skateboarding. Its modular nature allows for it to be reconfigured, enacting an oscillation between virtuality and actualisation throughout the exhibition.