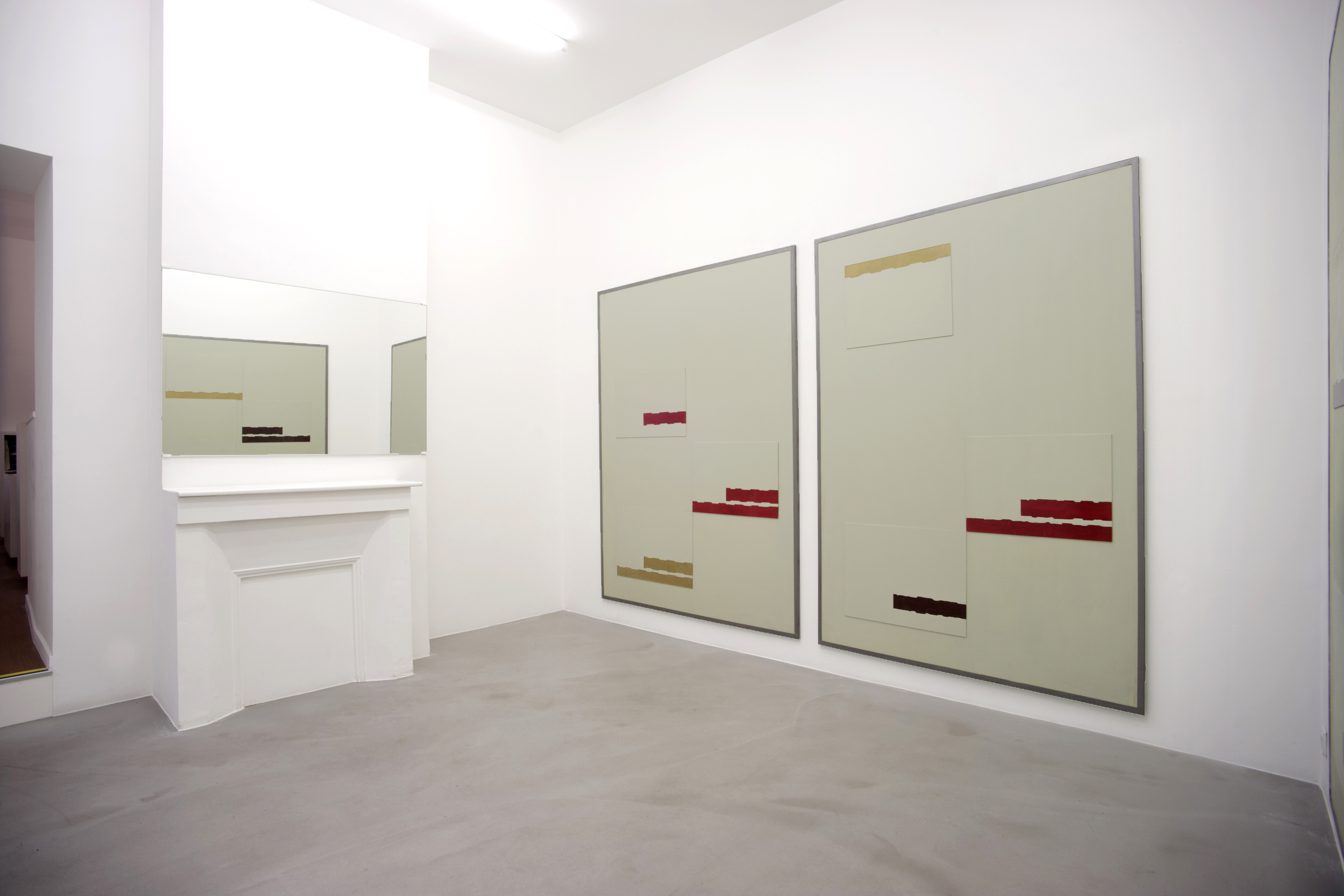 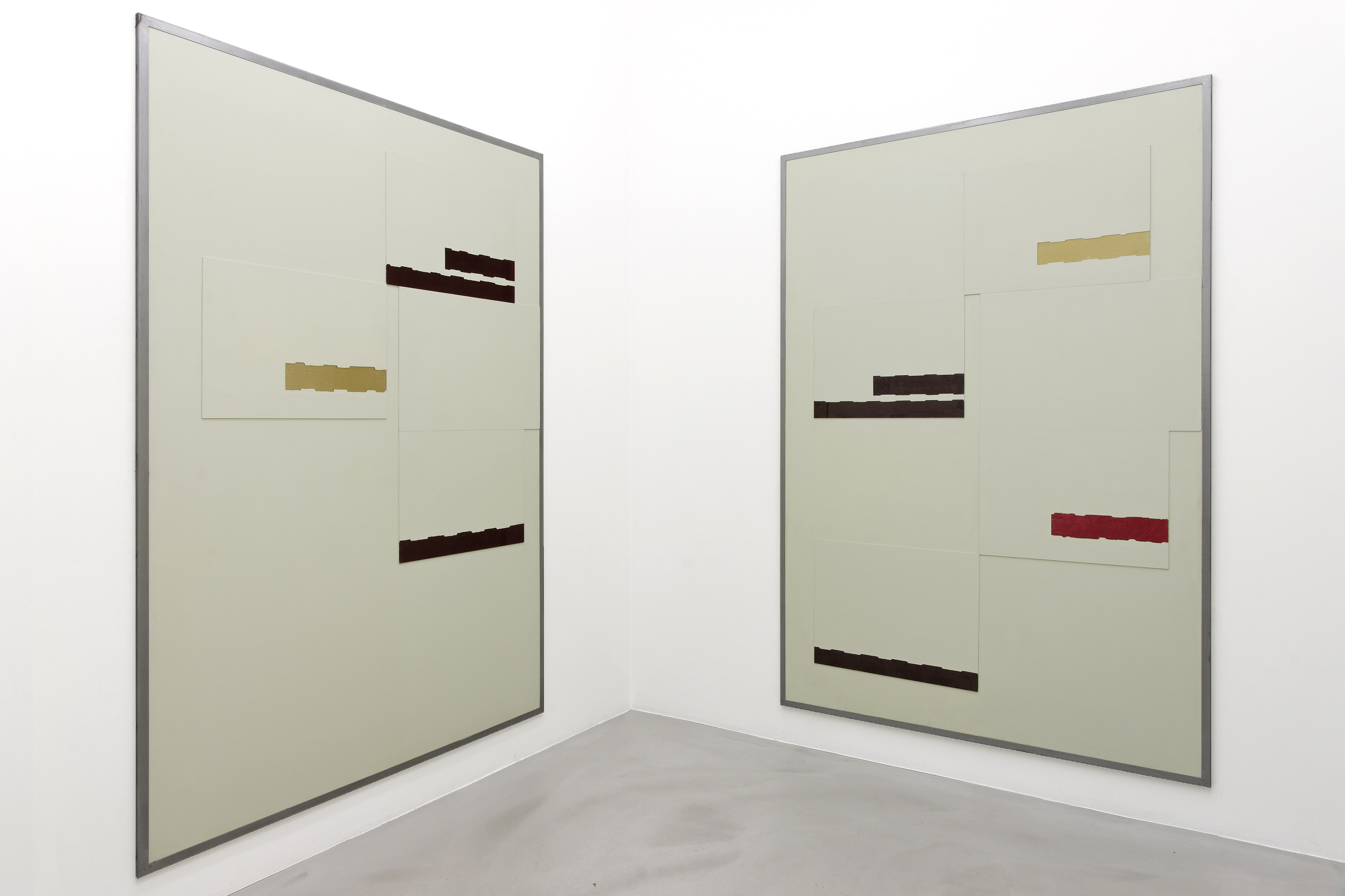 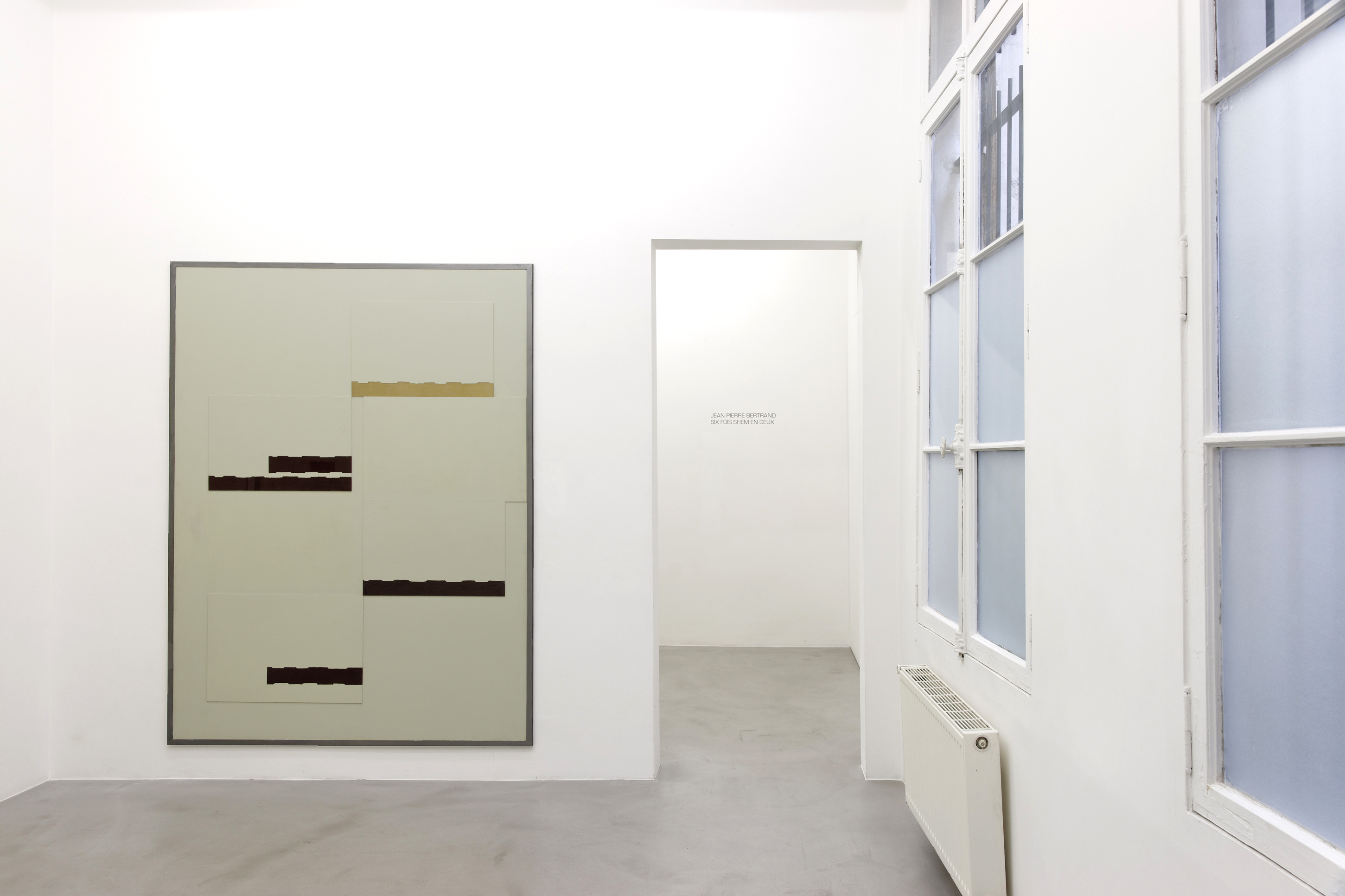 Galerie Michel Rein is pleased to present the fourth solo exhibition by Jean Pierre Bertrand at the gallery.

When Jean-Pierre Bertrand evokes in his work the subsistence of an ancient body, he is primarily referencing an incarnation of immemorial relics: an egyptian statuette inhabited by the being it represents, and which expresses itself through the artist's voice in the film Samout et Moutnefret, 7 ans avant l'an 2000 (1993 - 2008); the mixtures with which he impregnates his paper as if to feed it with fragrant or fortifying substances. The salt paper becomes mineralized. The lemon paper, vegetalized.

The honey paper, animalism and often painted in a red sometimes described as sanguine: plasmic or coagulant. We cannot however stop at this mystical corporeality of the ancient body which represents more fundamentally the preexistence of a structured order. A fragment of the island which to Robinson Crusoe "appeared so fresh, so green, so flourishing [?] that it looked like a planted garden" recalls these completed spaces (arranged in advance) to which the artist often alludes. In the same way, Jean-Pierre Bertrand does not consider the hanging of his works as spacial negotiations a posteriori, but more like the completing of a latent equation which the exhibition temporarily reveals.

The formula for the title Six Fois Shem en Deux can be seen as the devision between the two spaces and the six manifestations of one unique shem - a format present in the artist's work for many years and which he describes in simple terms: 'sheets of plexiglas, painted the colour of parchment, which allow horizontal stripes of colour, red or brown, to appear"; a chromatic trinity which he sometimes defines as the three sates of a "goldened" blood, bright and coagulated. The format of the works are invariable, their dimensions are fixed and their harmonies are predetermined ; only the occurrences vary. Once the general devision has been memorized, we understand that between one shem and another the internal variations cancel each other out by "denouncing" themselves: presences and absences mutually refer to each other. This is in fact why there is only one single shem, of which the occurrences coexist in their totality. In linguistic terms, this type of ordered instance is called a scheme : an organizatory structure, which itself has been organized by the rules of the combinations of its constituents. There is therefore between shem and scheme a correspondence which exceeds simple homophony since "shem", meaning "to name" in hebrew, is likely derived from the primary root "swum", "to place, to order, to establish". This (sacred) etymology thus reveals the edifying power of shem/scheme which founds and reveals.

The logical or algebraic syntax which underlies the work of the artist rejoins that which Wittgenstein described: a logic in which nothing is accidental because "If (we) know an object, then (we) also know all the possibilities of its occurrence in atomic facts". In Jean-Pierre Bertrand's case, the object in question would be the ancient body which preexists and outlives the work, an arrangement inherited from a utopian place. In the exhibition space, a mirror observes Six fois shem en Deux. Like in the film Playing Dice (1972) where three dice are indefinitely thrown against a mirror, it reflects without recording, not demonstrations of chance, but those of necessity.