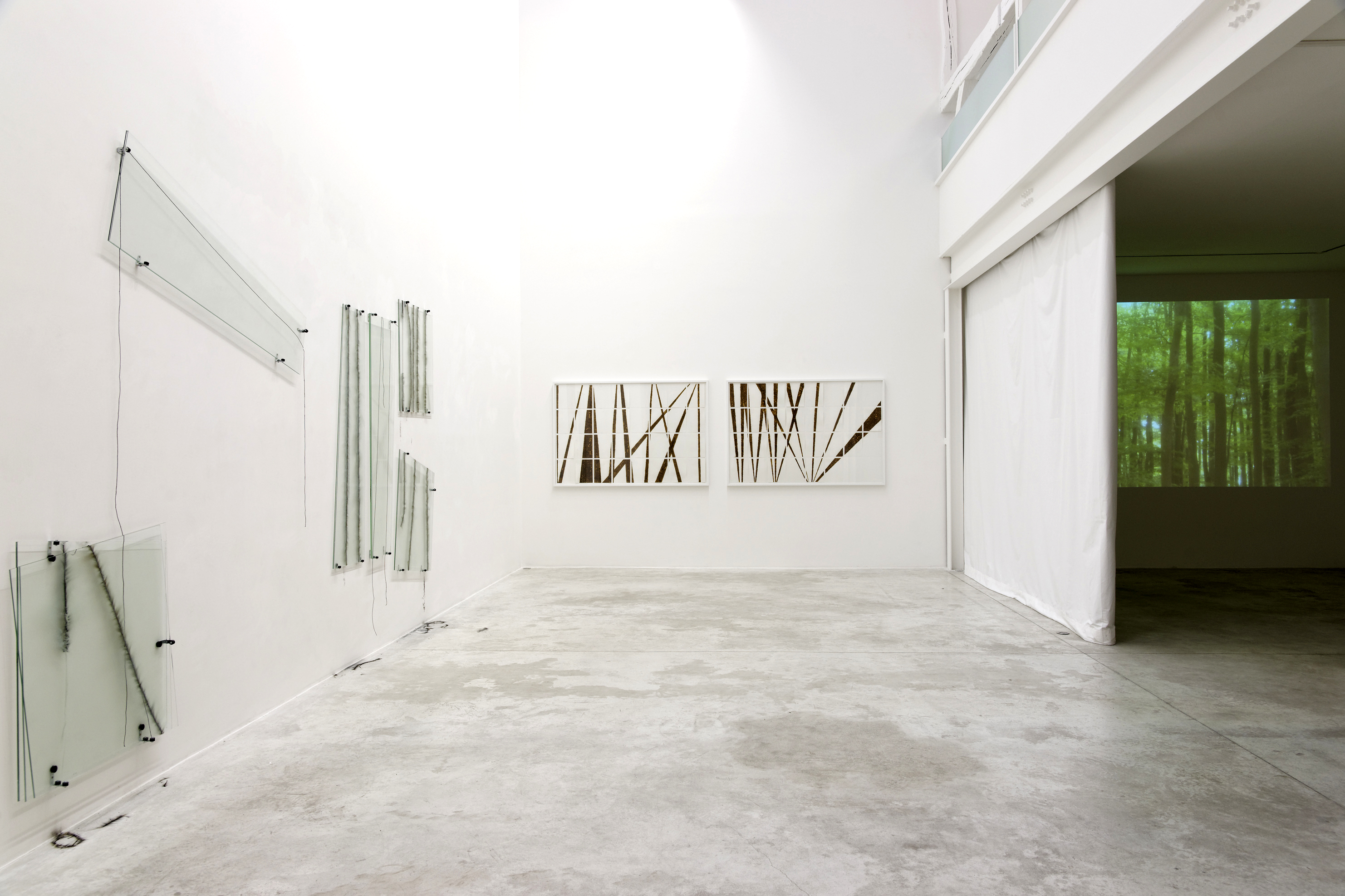 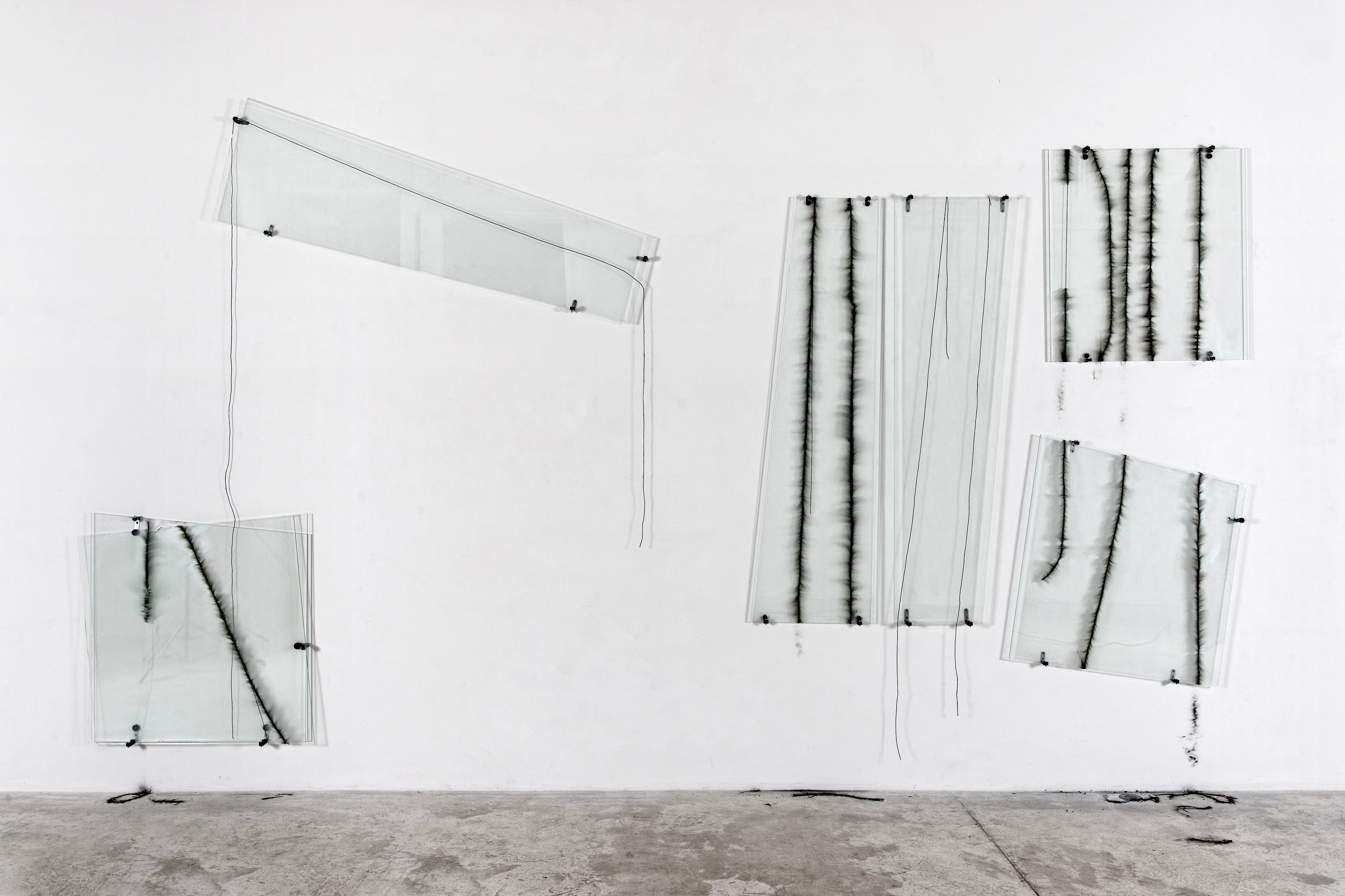 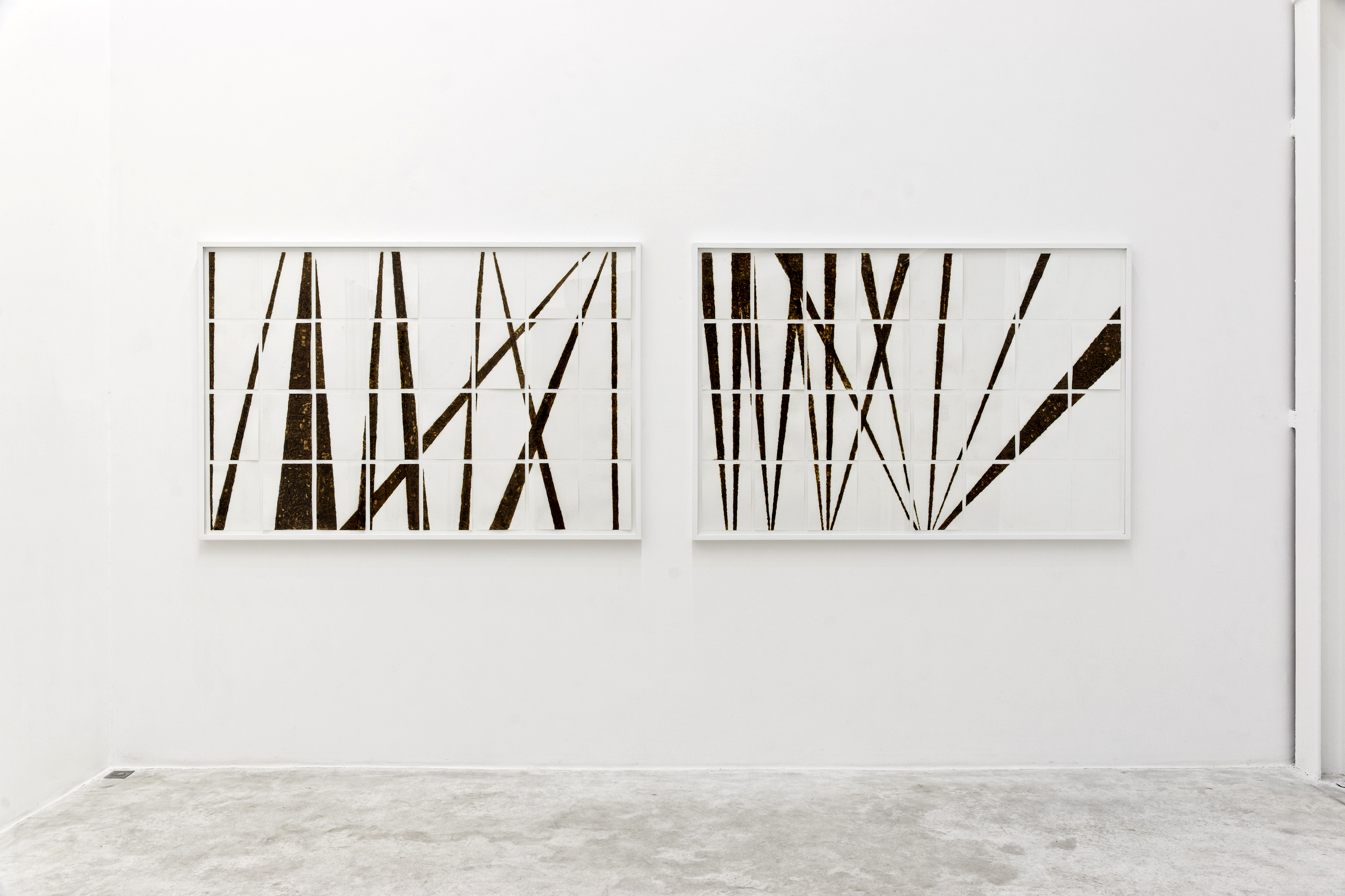 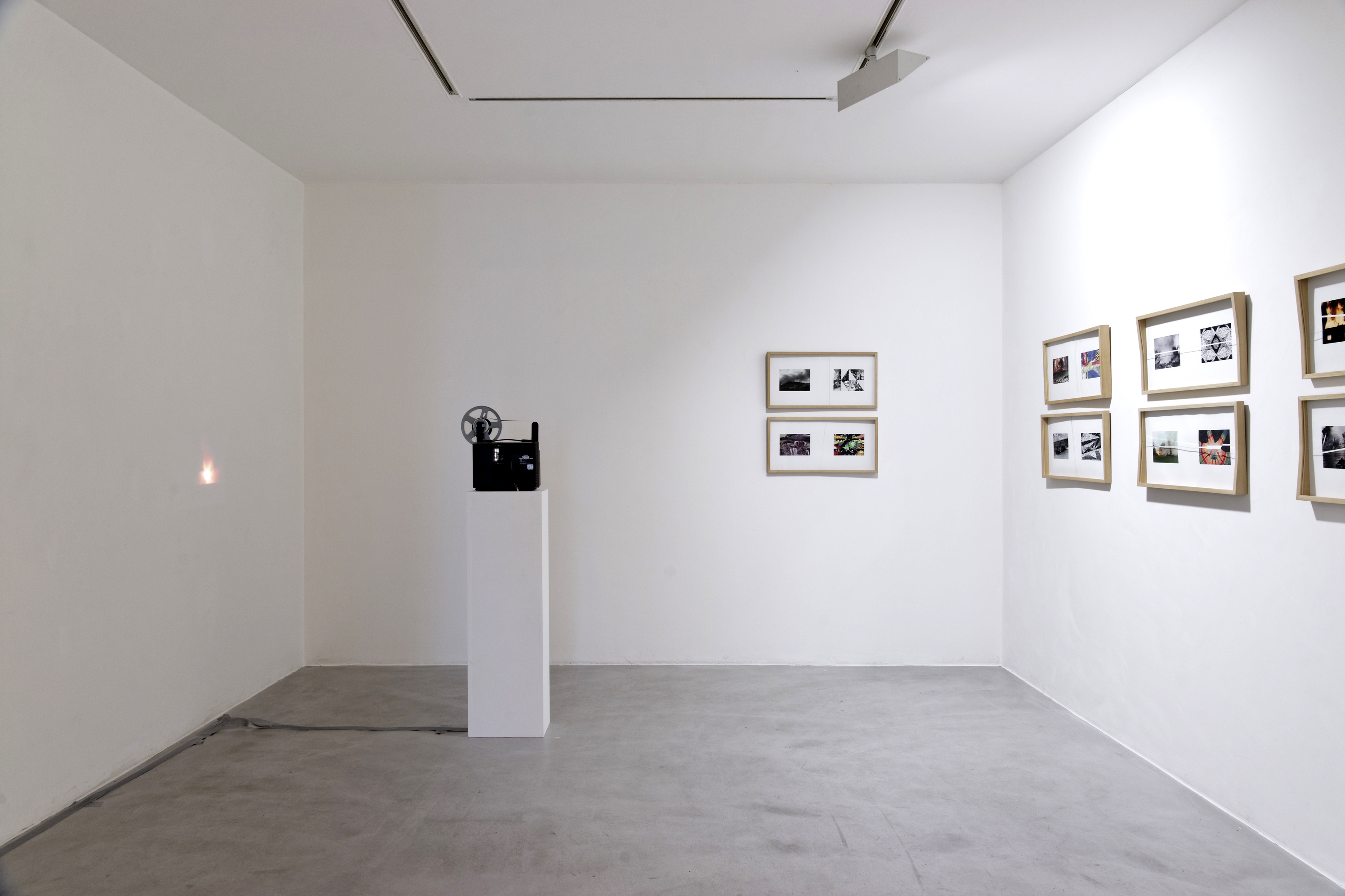 Galerie Michel Rein is pleased to present Elisa Pône's second exhibition at the gallery, which brings together recent works such as the video trilogy À la fuite along with new productions.

The more spectacular the celebration for a festival or public holiday, the more vain  it can seem. Elisa Pône's fireworks are set off in inadvisable place - under a bridge or in a car - and evoke a sort of disappointing wonder, which upsets because the risk and gratuity of such a brief yet excessive spectacle. It's the bitter beauty of a moment in time which the pyrotechnists have sent up in smoke.

The film La Couleur ne brûle pas and the diptychs Indeterminate activity and resultant masses confronts these pyrotechnical exuberances. The former shows the red and green glow of a maltese wheel, made and tested in the night in collaboration with Stephane Thidet: turning on themselves, the eight arrows of the structure consume fires which are themselves burnt onto the super eight film. The colour is taken in by the film. The second work associates images of multiple sources, two by two, linking the strange attraction of a disaster with fun and entertainment, bringing together images of fires and pyrotechnics. Separated by the cut of the collages and sliced by the crack in the glass of the frame, the pieces come together at the point of the fracture.

One is never too old to enjoy the various shades of idleness. In the three films of à la fuite, boredom threatens youth as much as it  wears down the old. Created as a tryptic, the work shows a young woman, an old man and two teenagers, without evoking the hackneyed succession of the three states of life. What is in question is the idea of running away rather than that of following on; the three films are shown simultaneously or at random. It remains to determine if by running away we can understand escaping - these people are certainly following a movement - or flux - the flow of time is slipping away from them. Sat in a moving car, the girl lets her cigarette be consumed by the open window, hastening its consumption by the fanning of the air (A Cigarette With God). Without an apparent purpose, the man hikes across the Irish landscape, obeying an erratic path with an unfounded anxiety (Le Meneur de Lune). Finally, driving two on a scooter, the teenagers improvise some acrobatic horse play (Fermer les yeux, sauver sa peau). If the cigarette held by a single continuous shot resembles an hour glass of linear time, the swaying of the scooter captured by a number of cut shots and missing shots would translate rather as a "dislodged" temporality, buckling like an unhinged wheel.  The growing discontinuity in the three edits follows the mounting of a mute impatience in the face of tireless ennui. A boring wearing down which plays emptiness at its own game, by escaping into ones own ideas. The difficulties of concentration testifies to a form of asthenia, a sad mix of intellectual fatigue and of a lazy memory. The symptoms of this apathy sometimes make one think of the intoxication of mercury of which the exhibition's title suggests an ingestion. But Le goût du mercure can also evoke the passive poisoning of an addiction to amnesia which mercury procures. In his poem Le gout du néant, Baudelaire implores that the avalanche of time carry him away as his "dark sullen heart" has lost the taste for love and for arguing. The poet conveys a mercurial temperament - fickle, nervous and melancholic. The recent works by Elisa Pône are made of an explosive foliation of glass panels smeared with streaks of black and mercury, which have been the object of abrasions and impacts on multiple layers. The stratified structure demonstrates a layered memory which is in part crystalized, part absent.