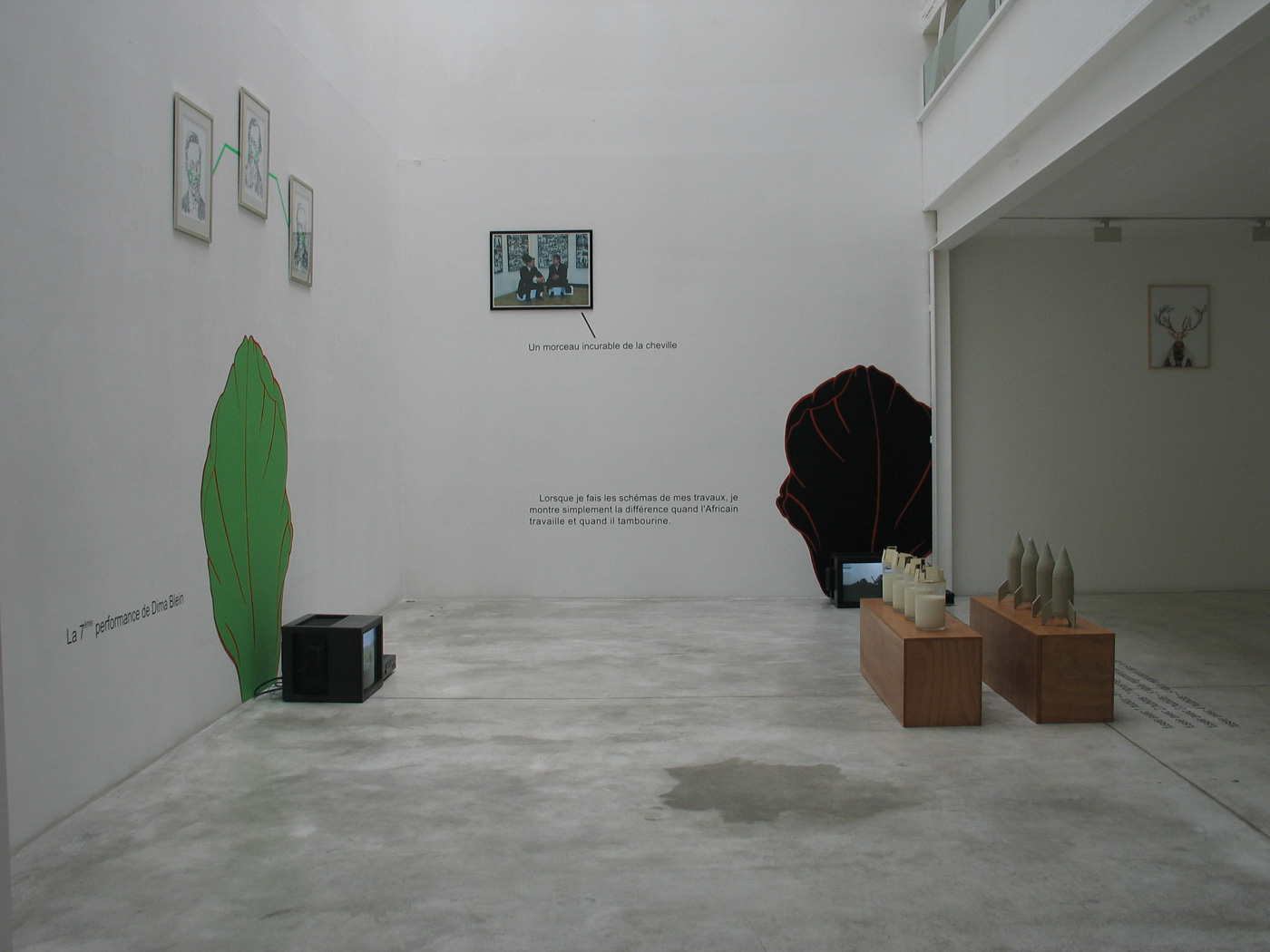 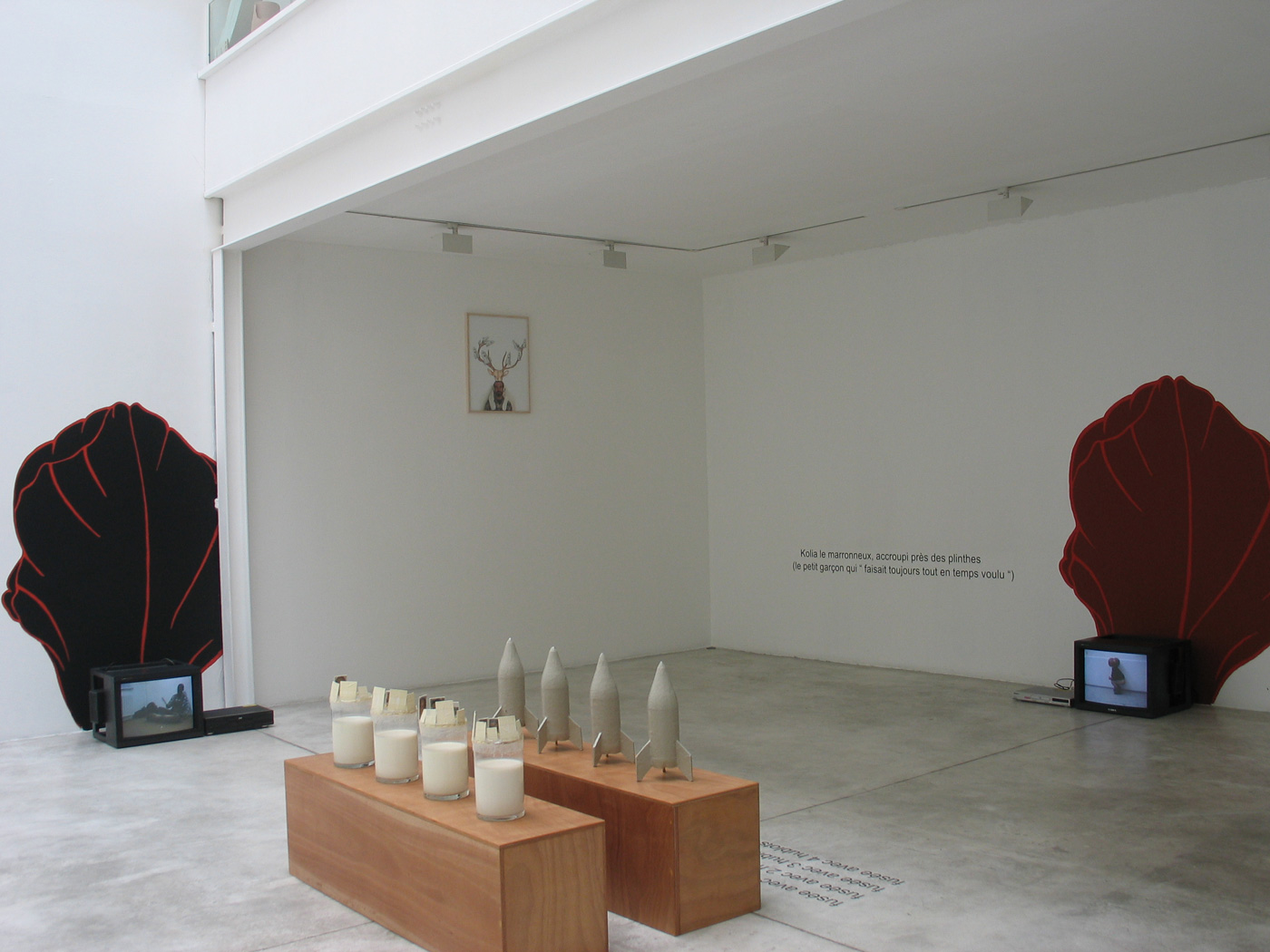 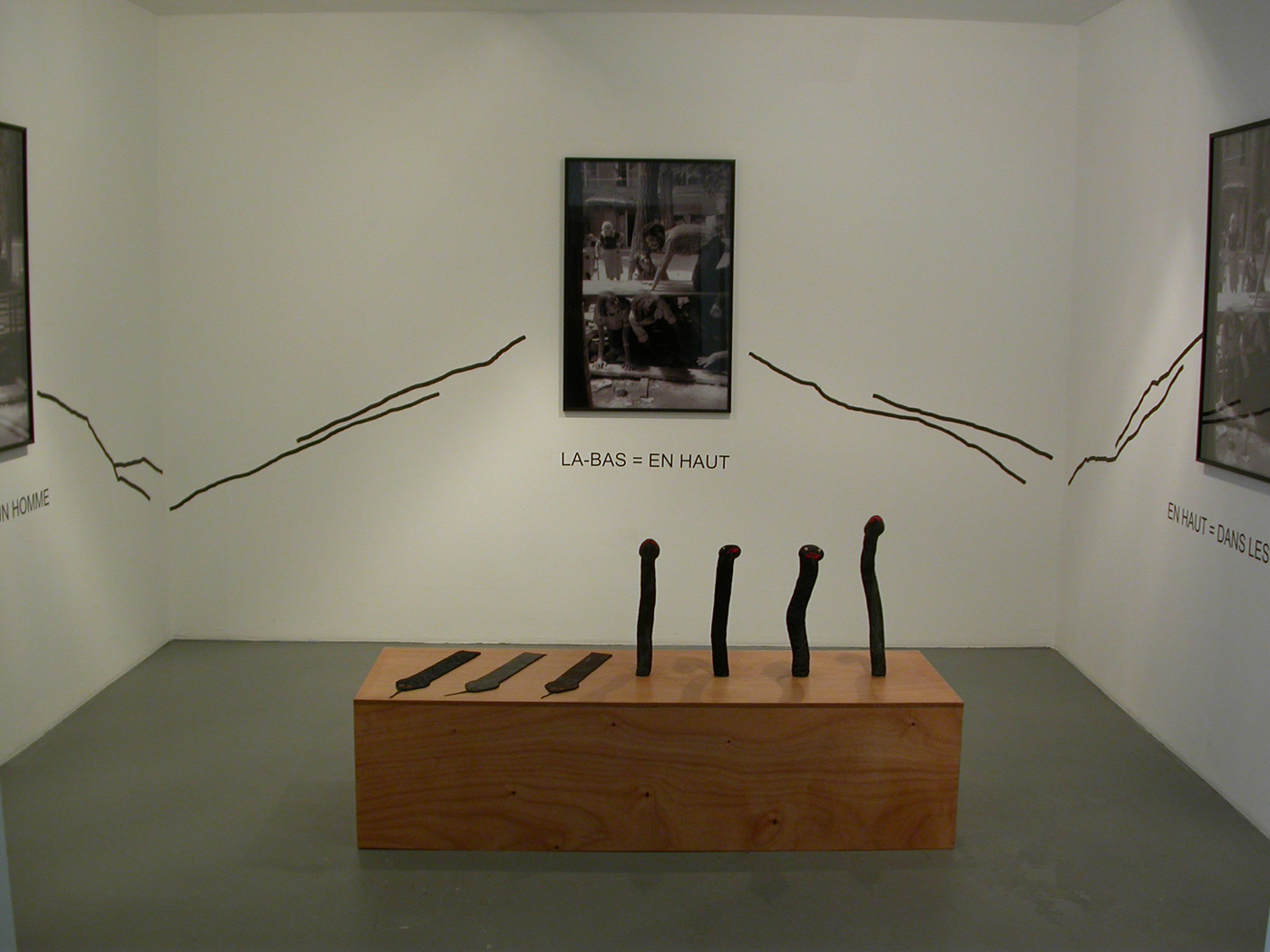 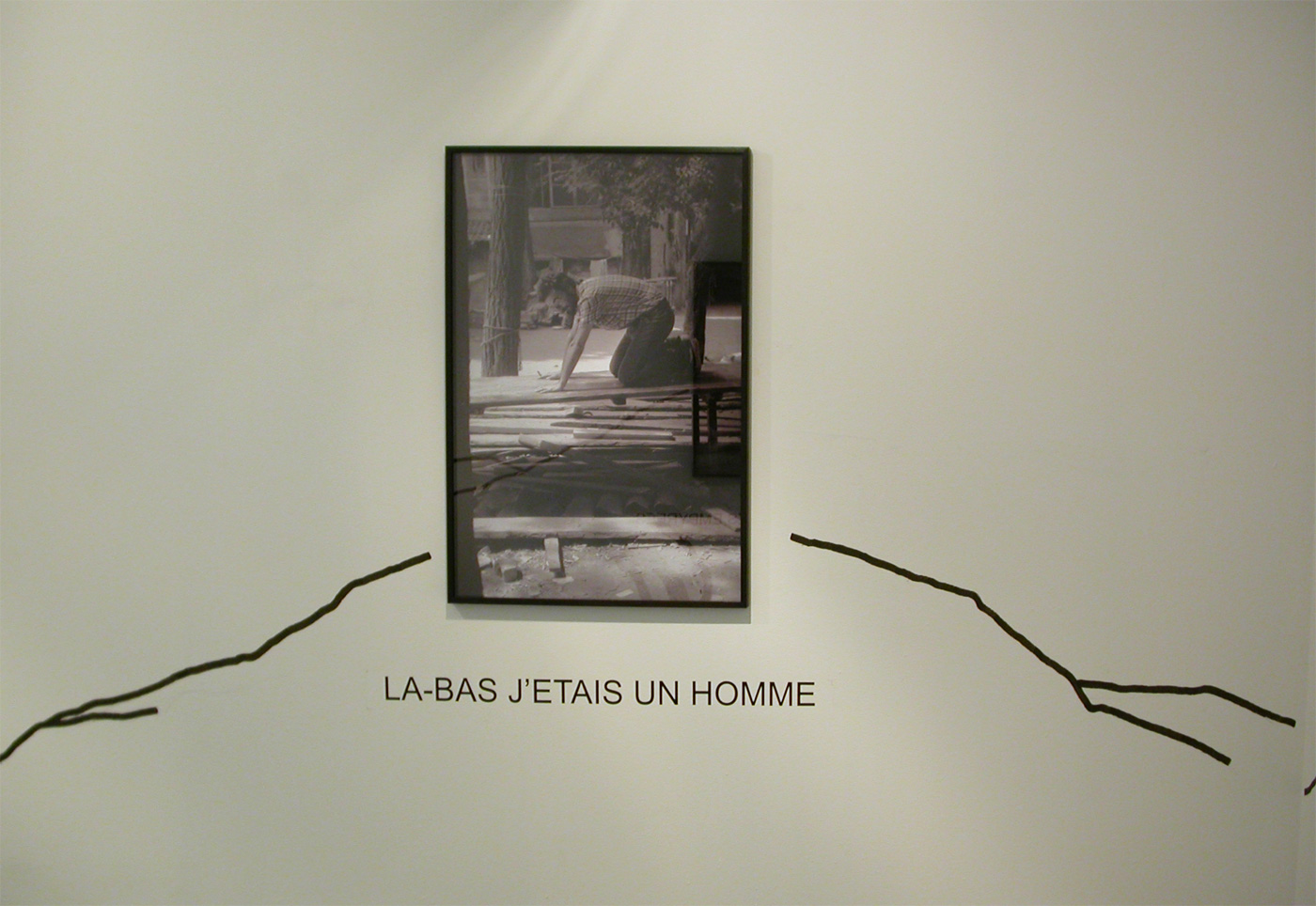 For his third exhibition at Galerie Michel Rein, the Russian artist Yuri Leiderman is presenting a set of different works: minimalist video fragments, objects, ready-made, collages, performance photographs, etc. In spite of such a variety of works, lines of elaborated connections and intersections between them can undoubtedly be noticed. These works create a kind of reserved ornament that is revolving around the topic defined by Leiderman as geopoetics.  For Yuri Leiderman it means to use “socially-loaded” notionssuch as, for instance, “Negro”, “Fascist”, “Arab”, “Jew”, etc.as parts of “abstract”, ethnical compositions with disappearing historical or political relations, like, for instance, in his object Fusées avec 1, 2, 3, 4 hublots, 8, 7, 6, 5 Noirs regardent dans le lait.

“It is the idea that politics, races, peoples are essentially transformed into inexistent objects, like small ovals, boxes, lumps, closets. Then their status can become very flexible and unpredictable: a real character, a real people representative, but in fact just a representative of the corners near plinths or a representative of coffee stains, the Genius of thistles, the Master of kefir…”

Thus Yuri Leiderman's geopoetics is quite different from the well-known geopoetics of Kenneth White and his followers. It does not presuppose a peaceful nomadic existence in the harmony between literature and exact sciences, but it rather remains within a perverse and liberated relationship with geopolitics. It sucks the energy of collective consciousness and historical memories and annihilates them into something “purely formal”.

Mysterious characters, like “Dima Blein” or “Kolia le maronneux”, together with their enigmatic actions, appear on such ways of transforming and curing ideology into meaningless patterns and arithmetical equations. Commenting upon the so-called 7th performance of Dima Blein (and probably the only one actually existing for the moment), Yuri Leiderman wrote:

“I think of Dima Blein’s so-called ‘7th  performance’him squatting in fields, a corner of a pillow squashed between his buttocksI think of such enticements scattered in the body of modern art, of such granules roaming  through its plastic arteries, like Elena’s curls which roamed through the arteries of the Trojan War, like the unskilful writer Babel roaming through the arteries of the Russian Civil War.
It is the same with your installations, your schemesit is like a pillow-case, like a pillowyou are supposed to sleep on it, to lay your head on it, but instead its corner is squashed between buttocks in frozen fields (apparently the “seventh” performance with an absolute absence of the first six, the mined, impassable Suez Canal.)”

Nevertheless, another performance, this time the 11th performance of Dima Blein, will be presented during the opening of the show at Galerie Michel Rein. Again Yuri Leiderman will try to recreate the “geopolitical” gap between the “third-world poverty” and the galloping “western technology” into the geopoetical aura of childhood memories and private statements. And again, as the capable heir of Russian culture, Yuri Leiderman puts himself in an unattainable “in-between”.