On Remembering for a Future
Maria Thereza Alves 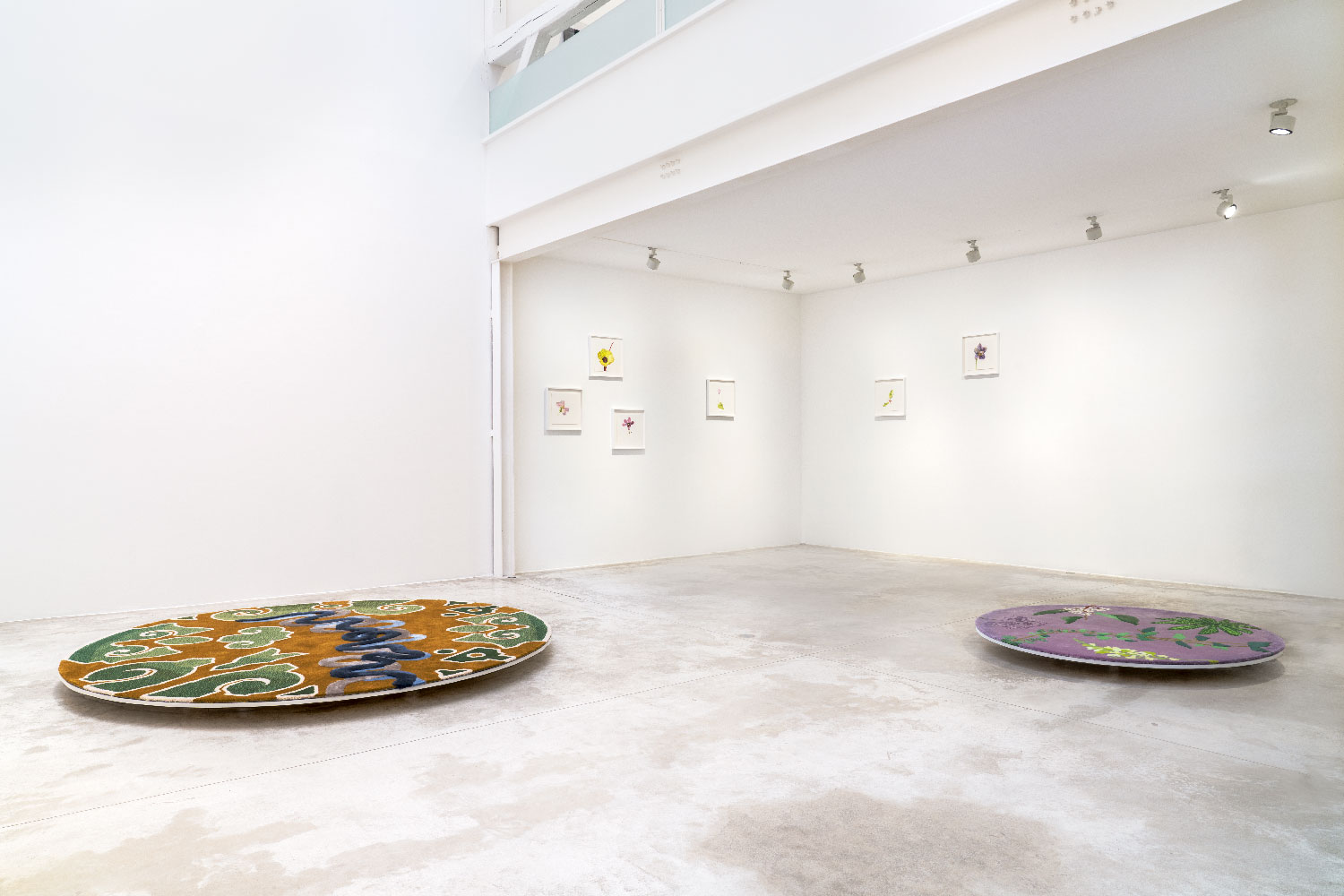 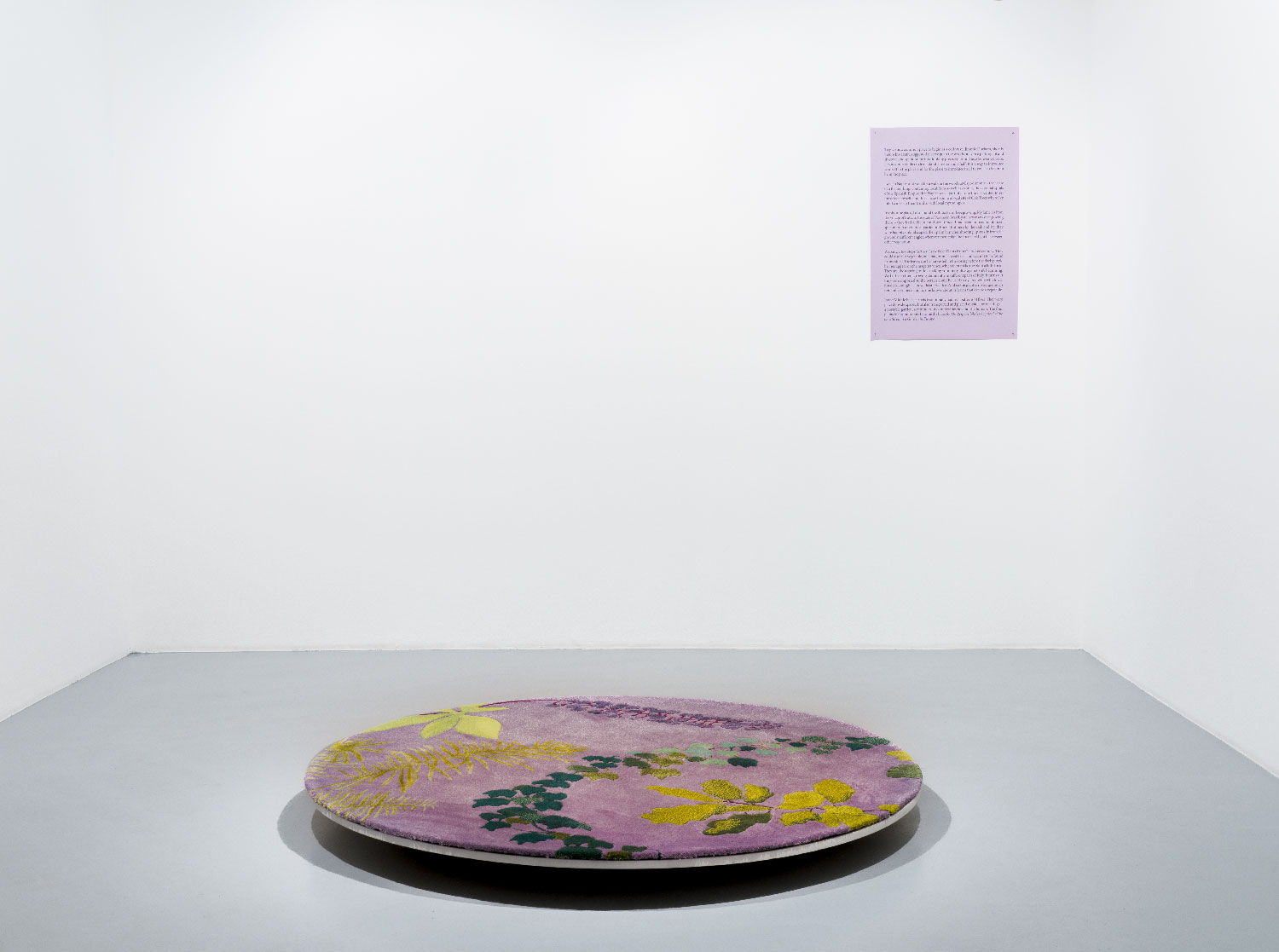 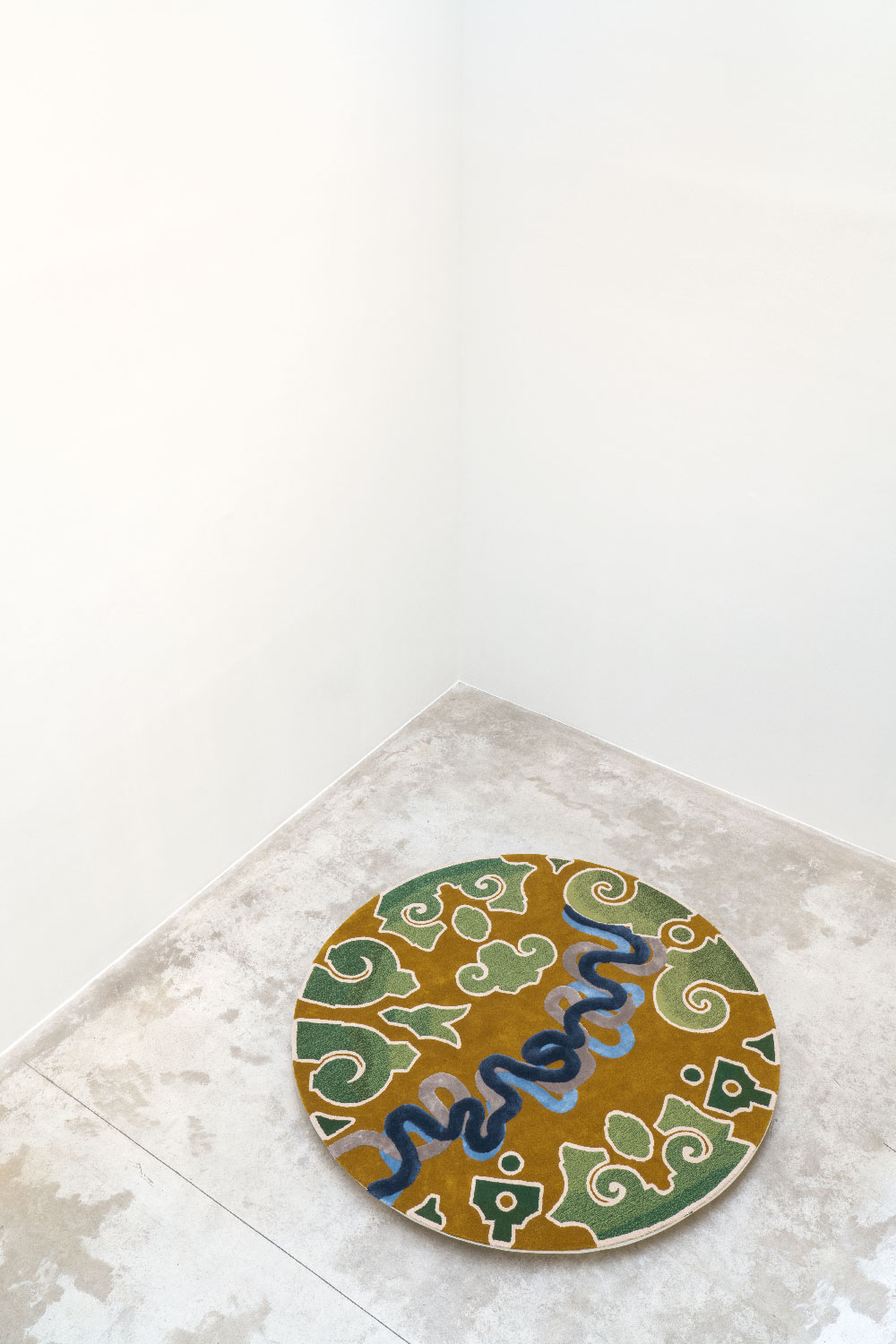 "To give us a common place to begin as a collective, Jimmie Durham, shortly before his death, suggested that we go to the woods or even a parking lot and sit down and spend some time looking precisely around us wherever we were. It is a comfortable circle of about a meter and a half. It is a way to introduce yourself to the place and for the place to introduce itself to you ? to begin to be in the place." Maria Thereza Alves

The carpets patterns designed by Maria Thereza Alves are inspired by the Middle East and its traditionally rich floral patterns. They are usually placed in indoor or outdoor spaces to create meeting places - creating portable gardens, recalling the different forces underlying human existence. The flowers and plants represented are a reminder of man's increasing control over nature as well as colonization. The circulation of beings allows Alves to draw up a paradoxical history of globalization, between uprooting, abandonment and resistance. These plants placed into new complexities are the trace of a vestige of our past.

On Responsibilities Acquired while on a Stroll in a Garden in Europe, 2022 represents four plants (Oak, Ivy, Butia and Poke plant) that the artist found while strolling through the Capodimonte garden in Naples. Made up of local flora as well as exotics, the garden can be seen as colonial spoils of the Spanish Empire. Among the four plants which compose the carpet, the Butia Palm Tree and the Poke Plant are very personal as her father is originated from the same village where Butia comes from. The Poke Plant, from Cherokee territory was one of Jimmie Durham's favorite plant to eat.

On the Need of Remembering Here before the Onslaught of There Began, 2022 celebrates some flora that reminds us of the Atlantic Forest, of which about 93 percent has been destroyed since colonization. But some flora still exist, at the moment: Jequitiba, Guaparuvu, Ipe Roxo, Embauba, and the vine Ysypo marilombre from which a tea can be made for remembering.

Architectural constructions hold us to definitions of a present that as it is built, becomes a past, which defines future relationships of our bodies with other beings relegated to serving whatever is the discourse of the times.
On Remembering for a Future, 2022, addresses various aspects of the Seine's river complex history. From ancient Paleo meanderings to Baroque garden features from features, Maria Thereza reminds us that the Seine has continually redefined itself as human control over the vegetation kept on increasing.

The titles of the watercolors are an indication of the close relationship between Maria Thereza Alves and French literature: the floras were chosen because they were quoted in texts intimately linked to Paris. These representations underline the link between the writings and the possible encounters in the city through different historical periods (Glissant, Mukasonga, Pioche de la Vergne, Porete, Ndiaye, Rousseau, Zeniter).