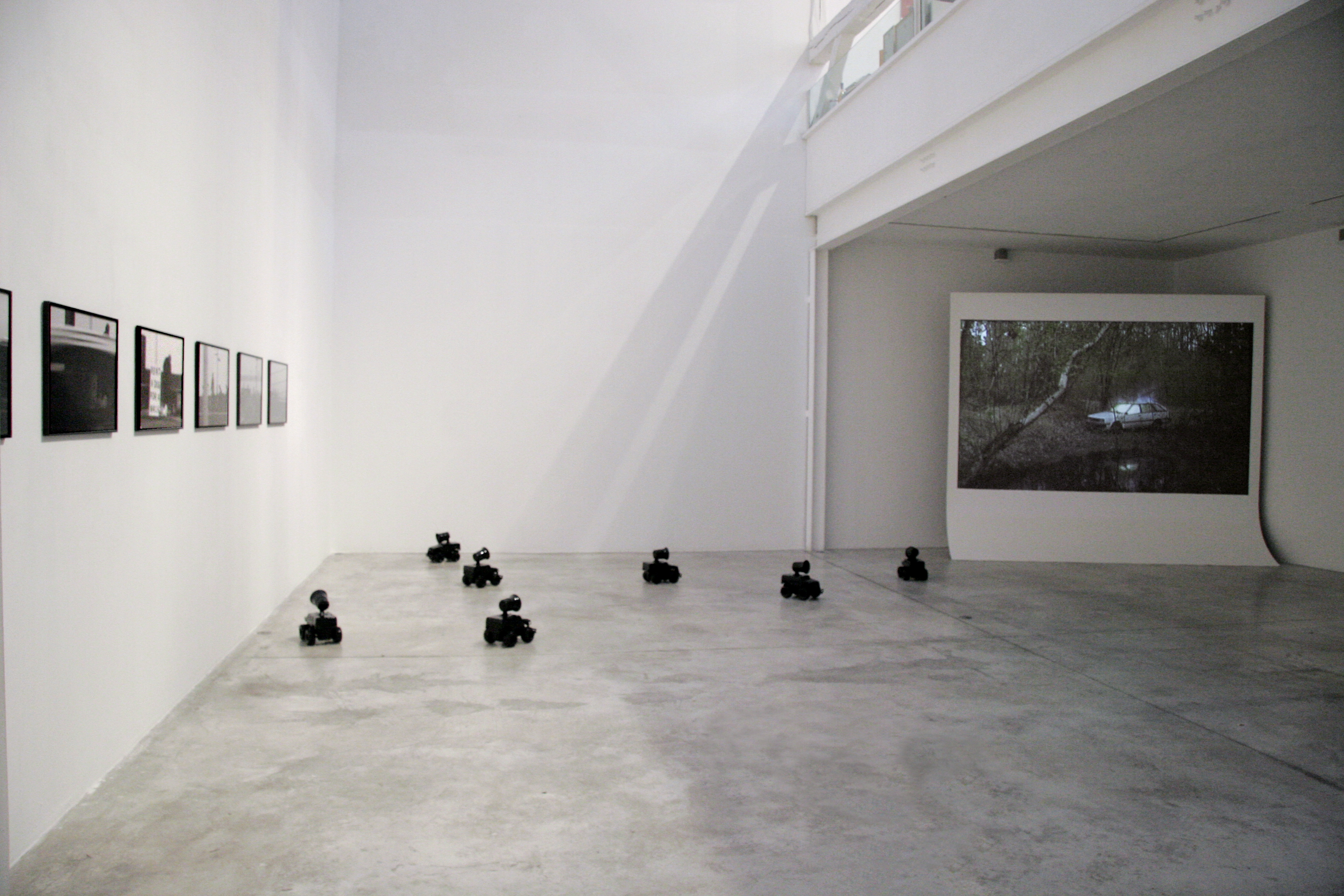 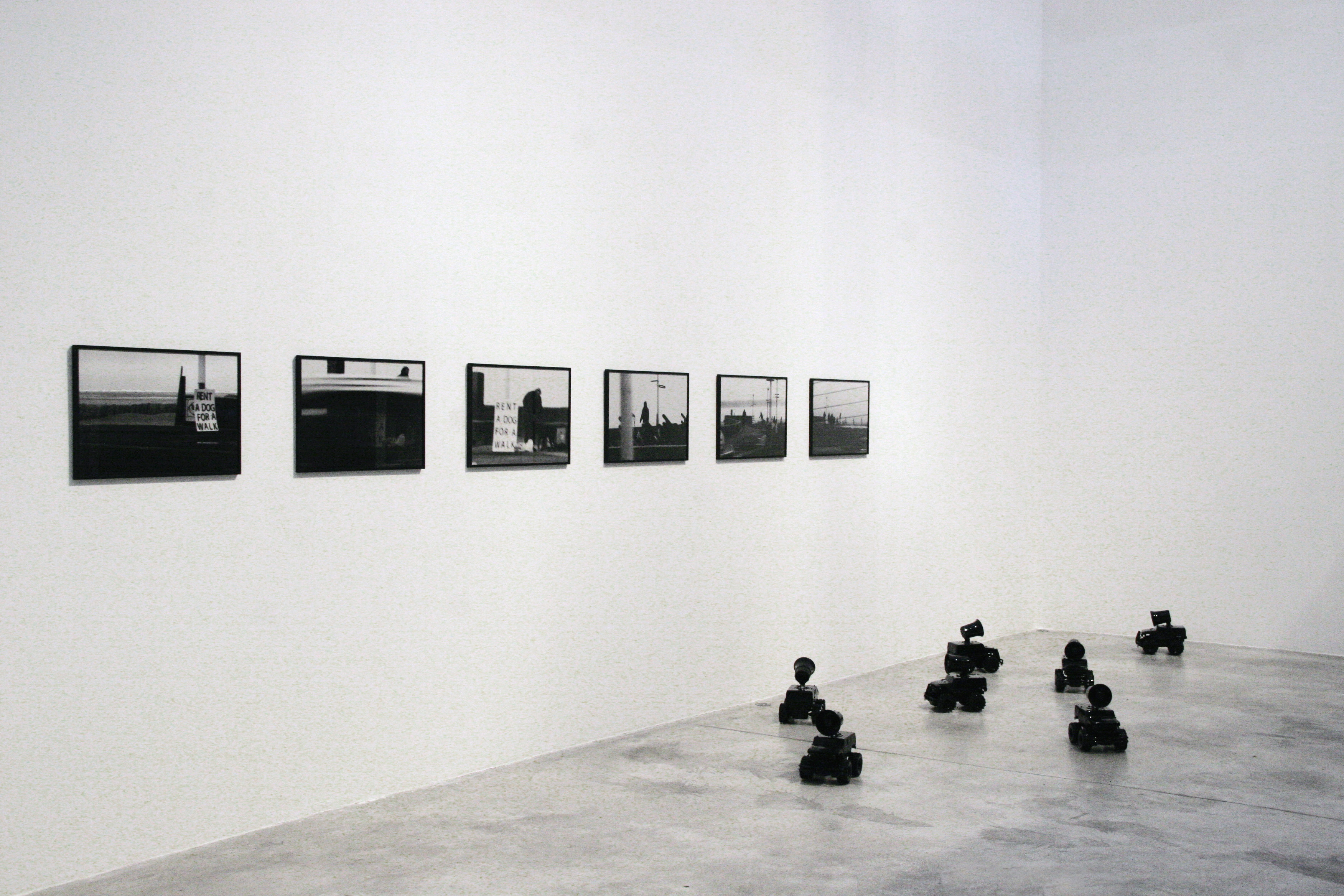 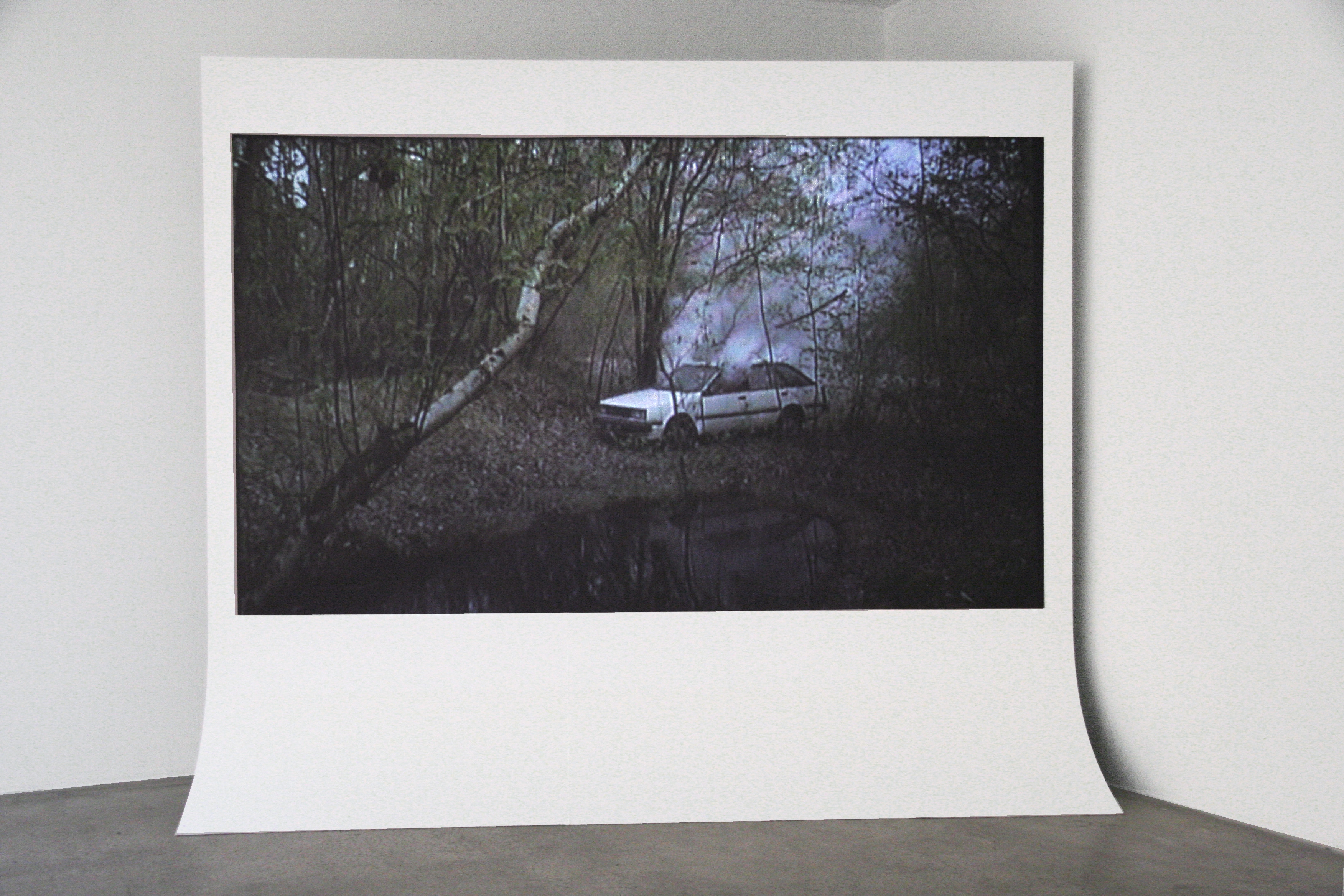 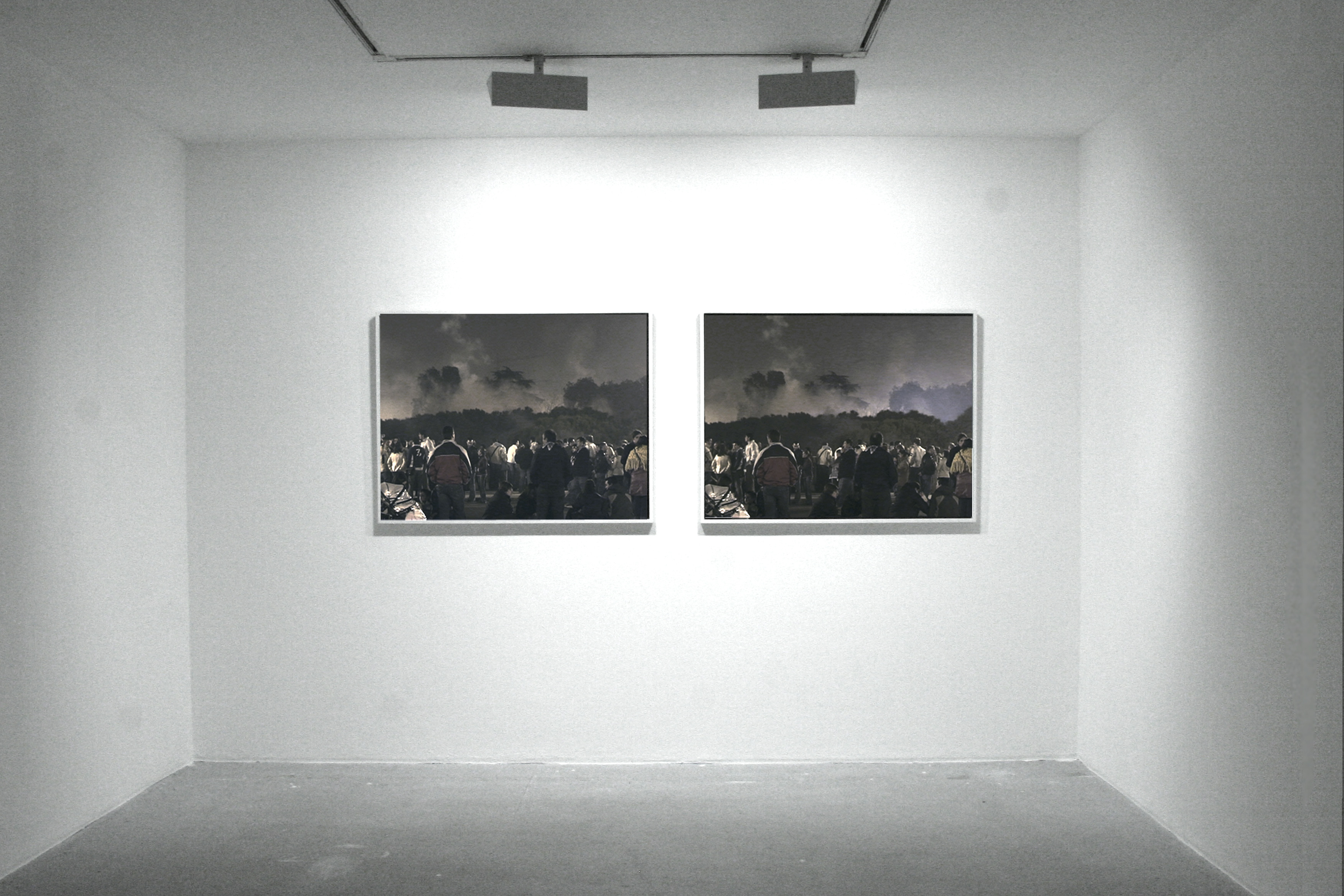 Elisa Pône's installations and videos reek of gunpowder. First of all quite simply because Elisa Pône often works with fireworks as a very consistent material in which there is a mingling of noise, smell, beautiful sights and the final starburst, spectacle and whiff of war, Pascalian entertainment and explosions.

A wonderfully incendiary cocktail which Elisa Pône measures in a quite novel way, by shifting the angle of fire, otherwise put, moving the format and the place, and then by also altering the onlooker's point of view. When, for example, Elisa Pône sets off a firework indoors intra muros. Elisa Pône reduces the scale of the pyrotechnic modules she uses. So there is more standing back, no more big scale and no more soaring height, everything takes place in a confined area where the small throng of spectators has the field of fire right under their nose, with no need to get up to see the place go up in flames.

The video titled I'm Looking for Something to Believe in confines the firework to an even smaller place, the interior of a vehicle, abandoned in a lush green clearing. Inevitably the explosion pushes the fire beyond this setting which is twice as cramped as it need be. The windows are shattered and soot-coloured smoke makes a dirty blotch in the midst of this rustic scene. Then the heavy puffs of smoke fade away and birdsong rings out once more. Nature has replaced the lid on the crackle of fireworks. There is a return to natural order. The static shot of the video is incidentally responsible for emphasizing this tension between the authority of the frame and the setting, and what is trying to make its way into it or escape from it, in a violent way.  Likewise, in a series of photos, Elisa Pône tries to dodge the time-related markers of a pyrotechnic event.  Otherwise put, she presents what comes before and after, the premises and the remnants, the detonator and the smoke. The images thus show a crowd of young people with their hands in their pockets. They are at a loose end, looking at a hill exhaling the last puffs of smoke from a firework. This twilight end-of-play-like atmosphere is combined with remote-controlled black SUVs which criss-cross the gallery letting out shriek-like noises of detonations. Resounding messengers harbingering the worst, or retransmission of explosions taking place somewhere else, somewhere peripheral, the boxes are moreover titled Boom Biddy Bye Bye, taken from a Cypress Hill rap number.

The fact remains that fire is not the whole story behind Elisa Pône's work. There is the night and its depths, its dark and dubious games which she inhabits in La Passion des Fils. This short video gradually focuses on two young people. Sitting on a bench, they are involved in a bloody finger game. With a wink at Pasolini, the video beats and quivers to the rhythm of the tense, nervous gestures of a youth that does not know what to do with itself, a youth which, here, is quite literally twiddling its thumbs. This is why, in this show, there is a smell of gunpowder, that acrid smell that forewarns us of things going ballistic.