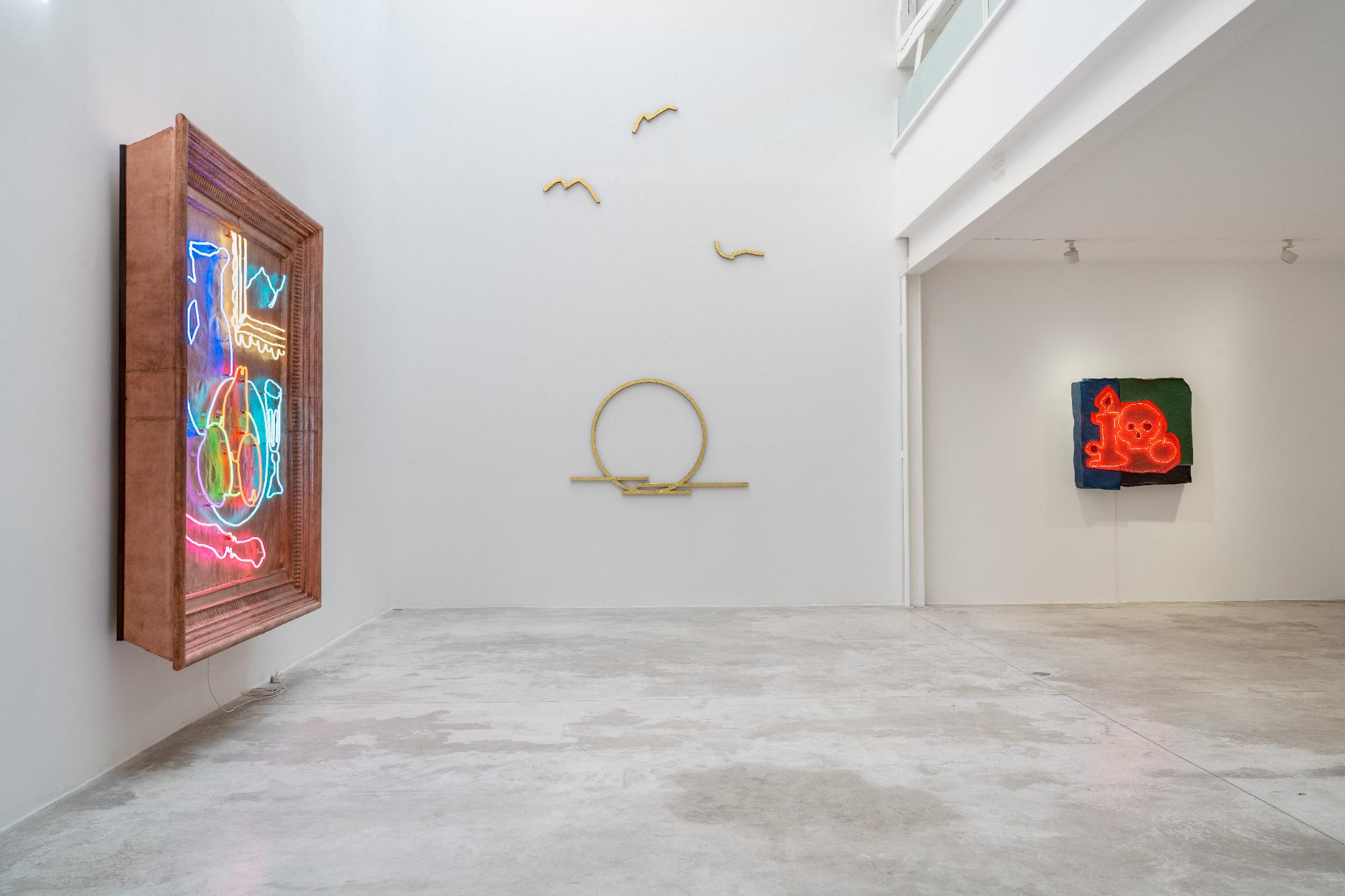 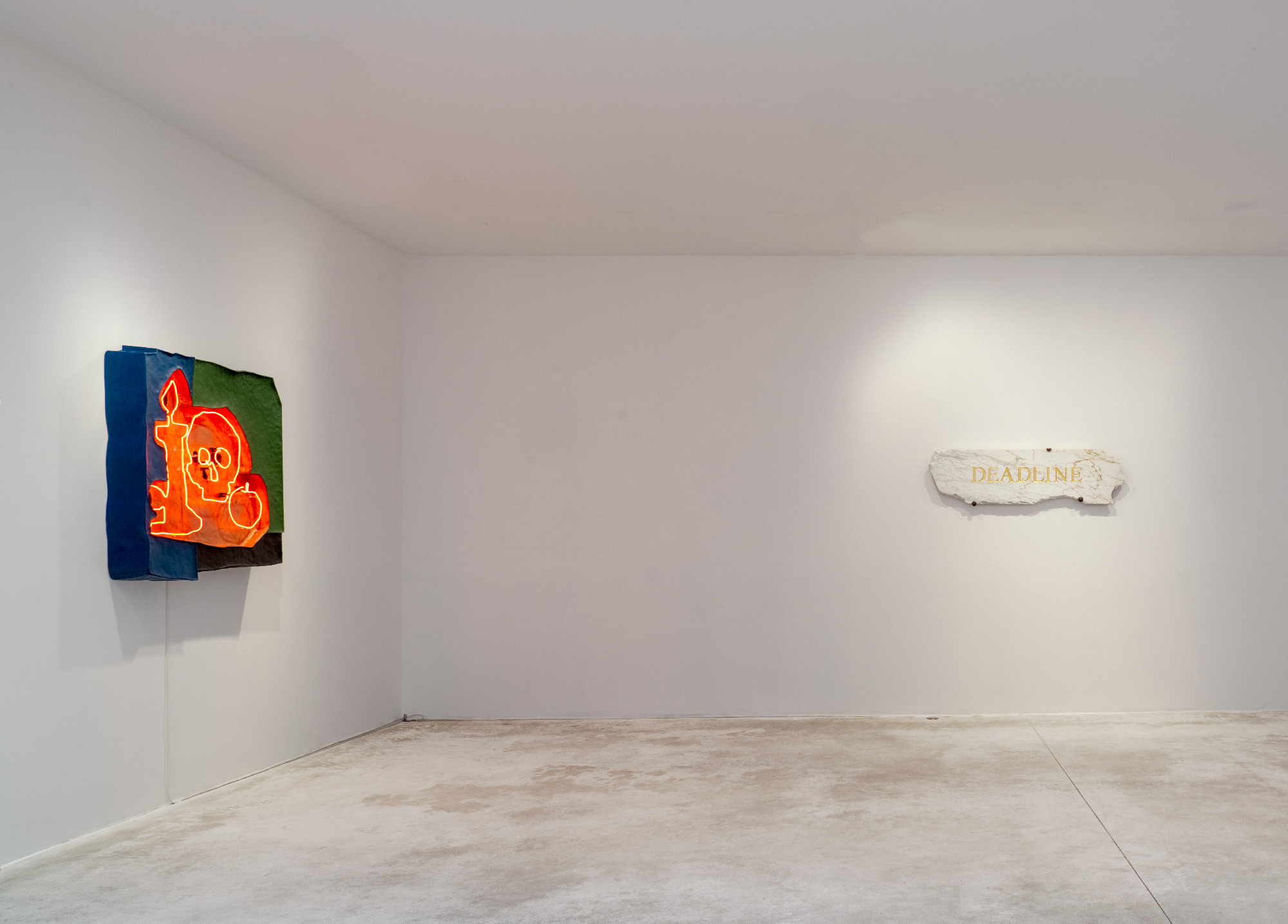 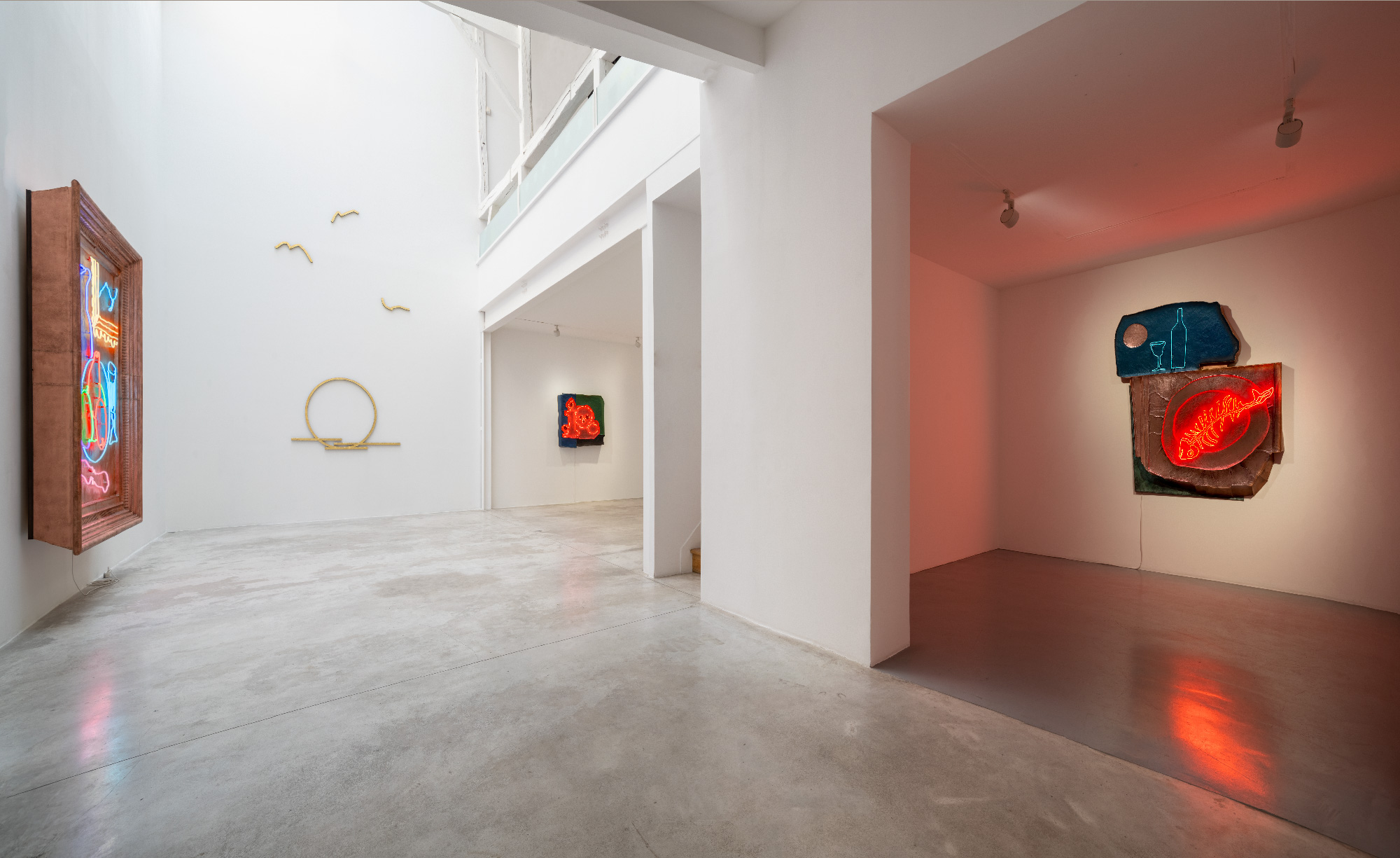 The title of the exhibition STILL LIFE is a positive statement of its French translation: nature morte. Tackling the representation of inanimate elements reinforces the idea that life has not disappeared despite the global pandemic.

Stefan Nikolaev took advantage of this period in which everything was frozen around him, to delve into his childhood memories, to confront the obligatory passage for every emerging and established artist: still life, as well as to reaffirm the following position: isn’t the power of the artist to (re)give life? STILL LIFE reveals Stefan Nikolaev’s desire to follow the tradition of still life painting through his own means of expression. Adding a day to a day, 2022 and Early still-life in nine colours, 2022 are part of this aspiration. Borrowing classical materials (iron, copper or marble) combined with modern coloured neon, the original combination surprises the eye and the mind. «I confess to a desire to paint while refusing to pick up a brush». The ancient technique of hammered copper from the Middle East accentuates the baroque aspect of the whole.

The exhibition is autobiographical: the works presented are inseparable from his native country, Bulgaria. Stefan Nikolaev opts to pay tribute to the landscapes that cradled his childhood as well as to the craftsmen who accompany him on a daily basis (see the film Half Life, 2021, produced by AM Art Films). Thus, the work Be yourself no matter what they say, 2022 is a trompe-l’oeil composed of a sun and three seagulls in wrought iron, a material found on seaside railings almost everywhere, including Bulgaria. This wrought iron is then gilded with the same fervour as in the most exquisite European palaces, a final tribute to the work of the craftmen. The question of time is also essential. Isn’t it already too late, asks the work What you see is what you got, 2022, in the tradition of vanitas (candle, skull and fruit)?

Deadline, 2022, engraved in gold leaf letters in an imposing piece of white marble, ironically drawing attention to the end of a frantic lifestyle that probably perceives rushing as being a fashionable trend. For several months now, we have been pushing off deadlines, postponing events to later dates... Could it be The dead of the « Deadlines »? Is it, perhaps, no longer a deadline but a starting line - is the competition starting again?