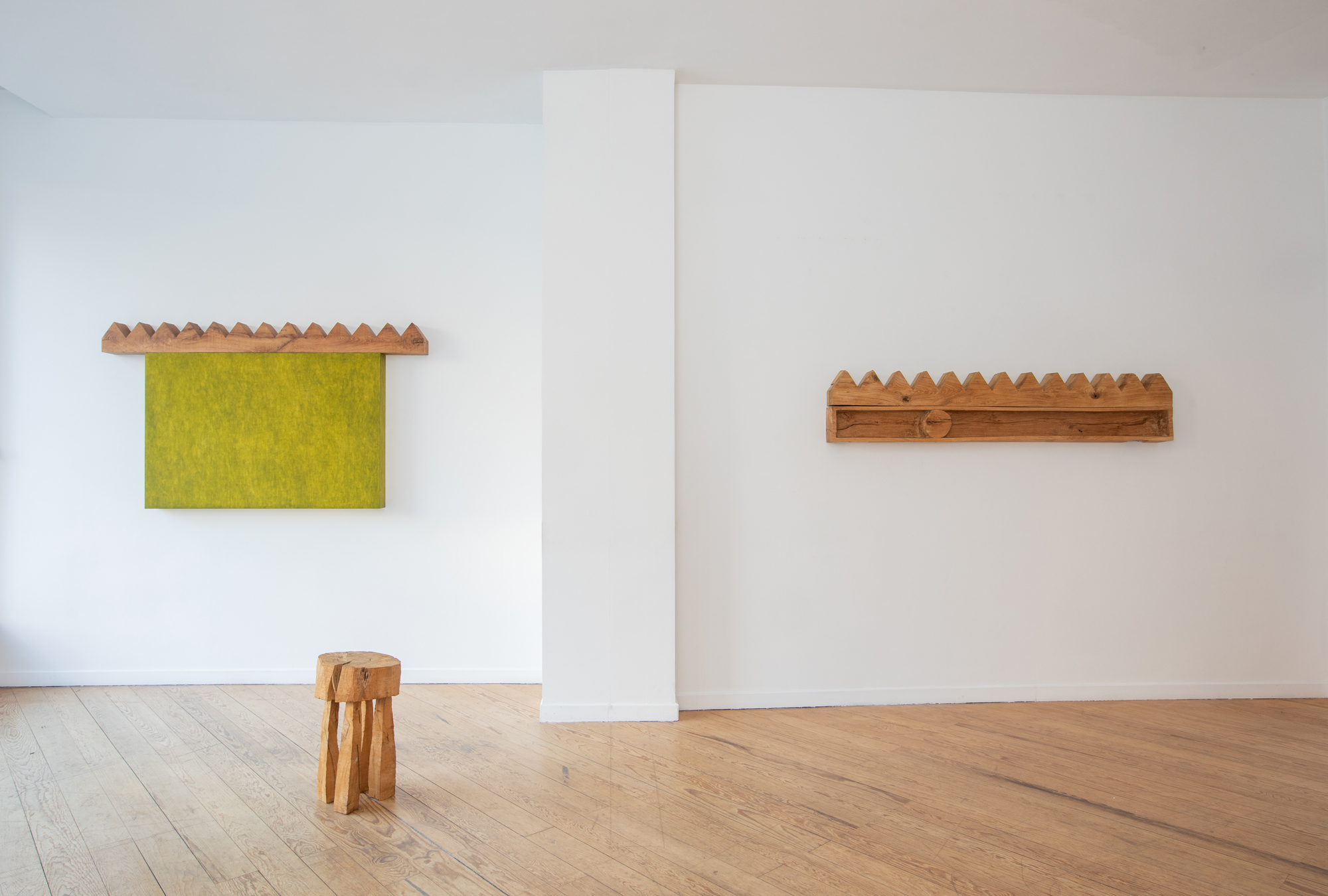 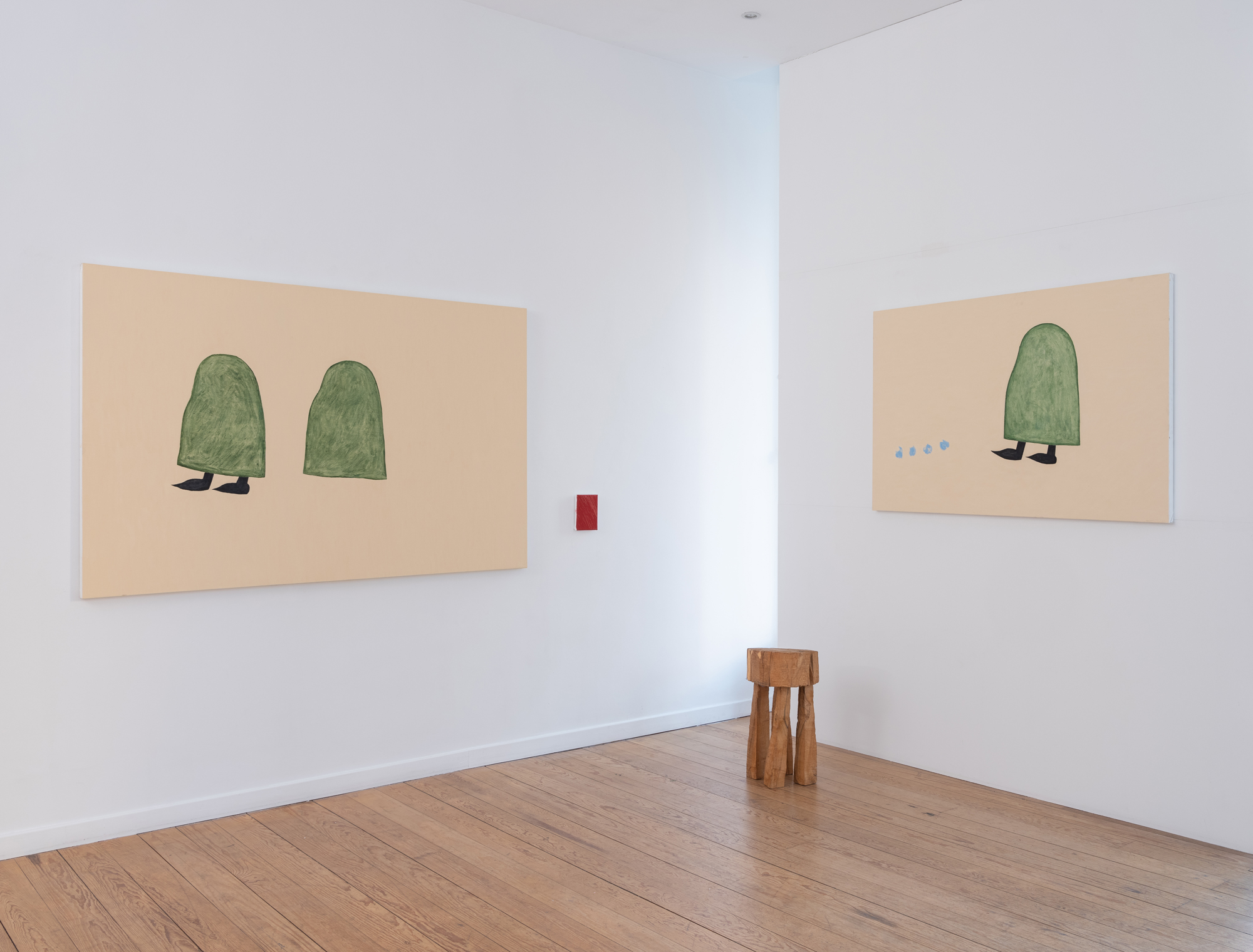 In an ancient house buried by a volcanic eruption, where everything has remained in place, I walk around as if in an abandoned farmhouse, full of the traces of a past life, suspended in time: a bowl placed on the doorframe, a cloth covering a ball of clay, vases piled foot to foot, an amphora forgotten in a pile of ropes, pieces of walls torn off - inscriptions, images, stolen mosaics. Some things have been put there, others have been taken away. This beauty of abandonment, this emotion of desertion and pillage, is not so much the objects that carry them, as the situations in which they are found. Frozen, these situations are the imprints of the gestures that created them. It is the gesture that is suspended and these situations are the most perfect representation of it, because they are the pure consequence of it.

The gesture precedes everything in Sarin's work. The gesture makes the work. It is the work. But it passes through a whole engineering of principles, materials and references, which underlie and prepare this creative impulse. If he uses a red, it will be that of Herculaneum and he will apply it with egg yolk, like the seventeen layers that cover one of his first architectures. If all the materials are thought out, if everything is brought to hand, then the work can be produced spontaneously, as if in a state of hyper-consciousness. And when the works are made in a single gesture, they give off an impression of perfect balance. Then it is not the materials that count, but the gesture that freezes them together. It is exactly this gesture that Edgar Sarin represents. The materials form an environment where a single event, a single artistic gesture, occurs. This is how the meaning unfolds, like a slip of the tongue, as if it had escaped him. Nothing is due to chance, however. It is because we know that the first gesture is always significant, that it spontaneously contains all the truth of the moment, because its intentions are not intellectually refined, because they are simply there, raw and very precise, that the work has meaning. It's like recording improvised music: the instruments are chosen, the theme is set, but the whole thing is a miracle.

Edgar Sarin's entire artistic process is about the miraculous. And like all miracles, it is innocent. It is the innocence of the origin that is everywhere in his work: the origin of art, which he never ceases to put back into play and into perspective, as in this bas- relief of the Beggars of Strasbourg Saint Denis, which inscribes the terrible reality of the contemporary world into the medieval tradition of primitive painting, the origin of the materials to which he gives a capital and constitutive importance, the origin of the work itself, entirely pure representation of its primitive gesture.
The danse macabre is a theme whose origins go back to the Middle Ages. It is the first known representation of the social categories of urban society, a political illustration of existence through the prism of the equality of all before death. Edgar Sarin offers a vision of this, but he removes all political references. The characters are no longer representative of their social categories, but are covered with a form that makes them indistinct from each other. A pair of medieval shoes covers the feet of one character. But it is the form, this sort of lung, that is the subject of the painting. It is inspired by an icon by Andrei Rublev. In a flat tone, it takes up a recurrent structure in the work of the 15th century monk painter, the form of the seated figure with which he represented several saints, including the apostle Paul in particular. Edgar Sarin does not paint the equality of all men before death, but another form of equality, that of the artist before matter, form, colour, that of the painting before history, an equality which makes art sacred. And if art is sacred, it is because it is the purest expression of man, the most precise representation of his movement in existence.
When I visit an exhibition of Edgar Sarin's work, I am struck by the almost intimate relationship that the artist's works have with the history of art. At first glance, there is beauty, without apparent discourse, meaning or narrative. But there is something about it, like a watermark that escaped my seduced eye, a physical connection to something familiar. When the actor Terence Stamp met Silvana Mangano, during the filming of Pasolini's Theorem, he would later say in a 1995 interview with the newspaper Libe?ration, that he would learn the meaning of elegance: "You don't notice a well-dressed man until the third time you meet him," she told him. This principle could just as easily apply to Edgar Sarin's works, whose mystical and sacred depth and strong connection to art history only become apparent after the emotion of seeing them.