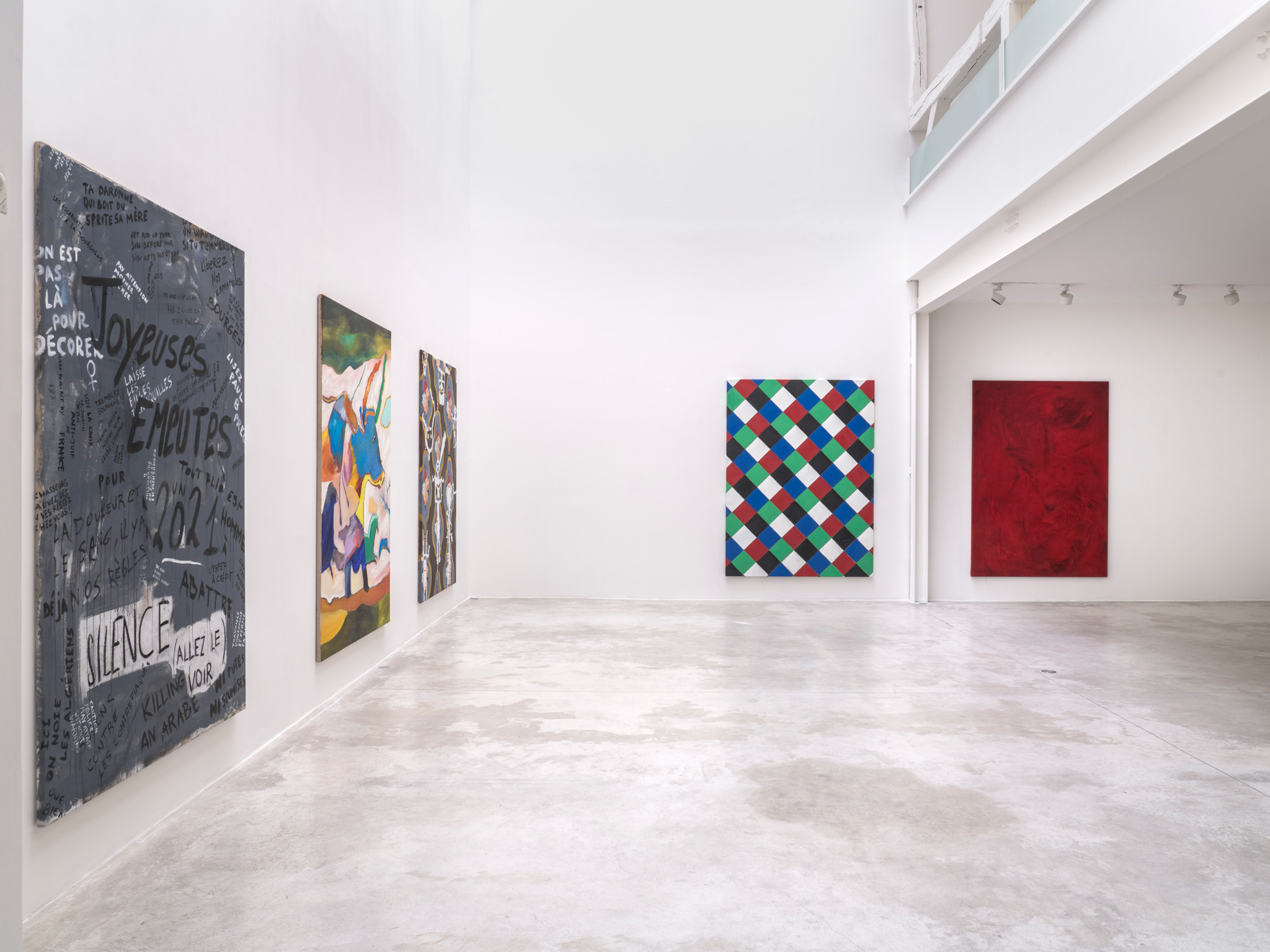 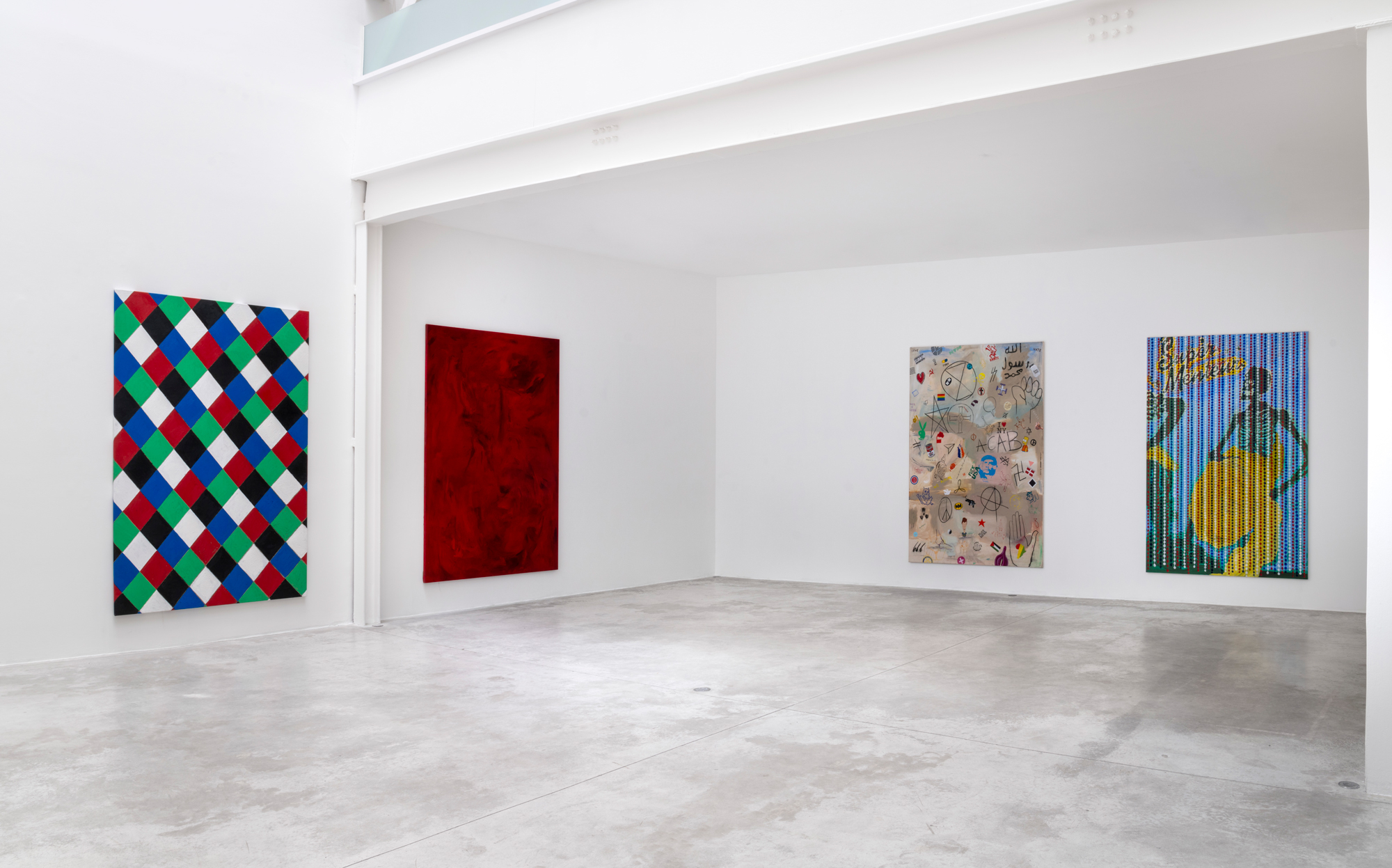 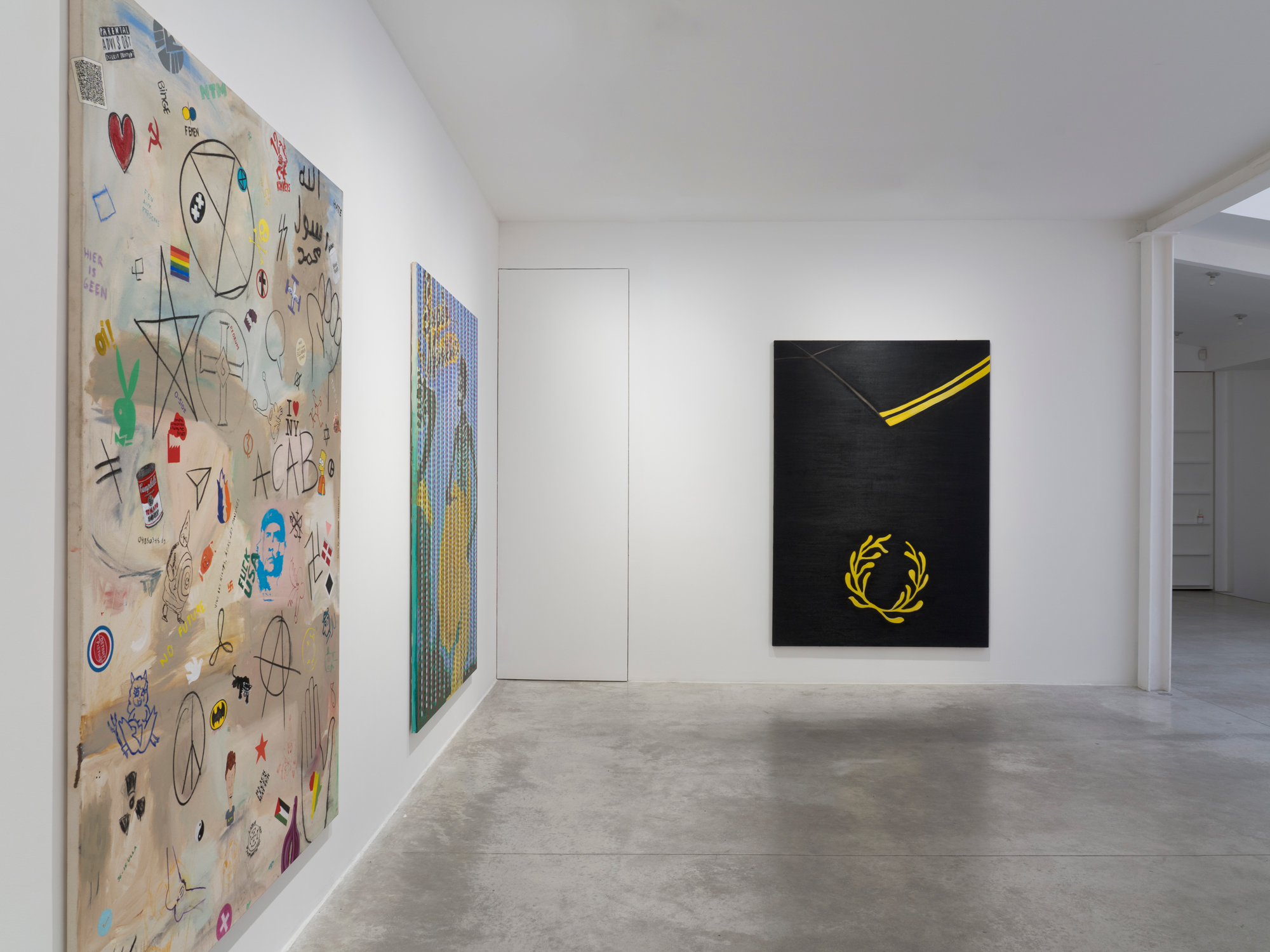 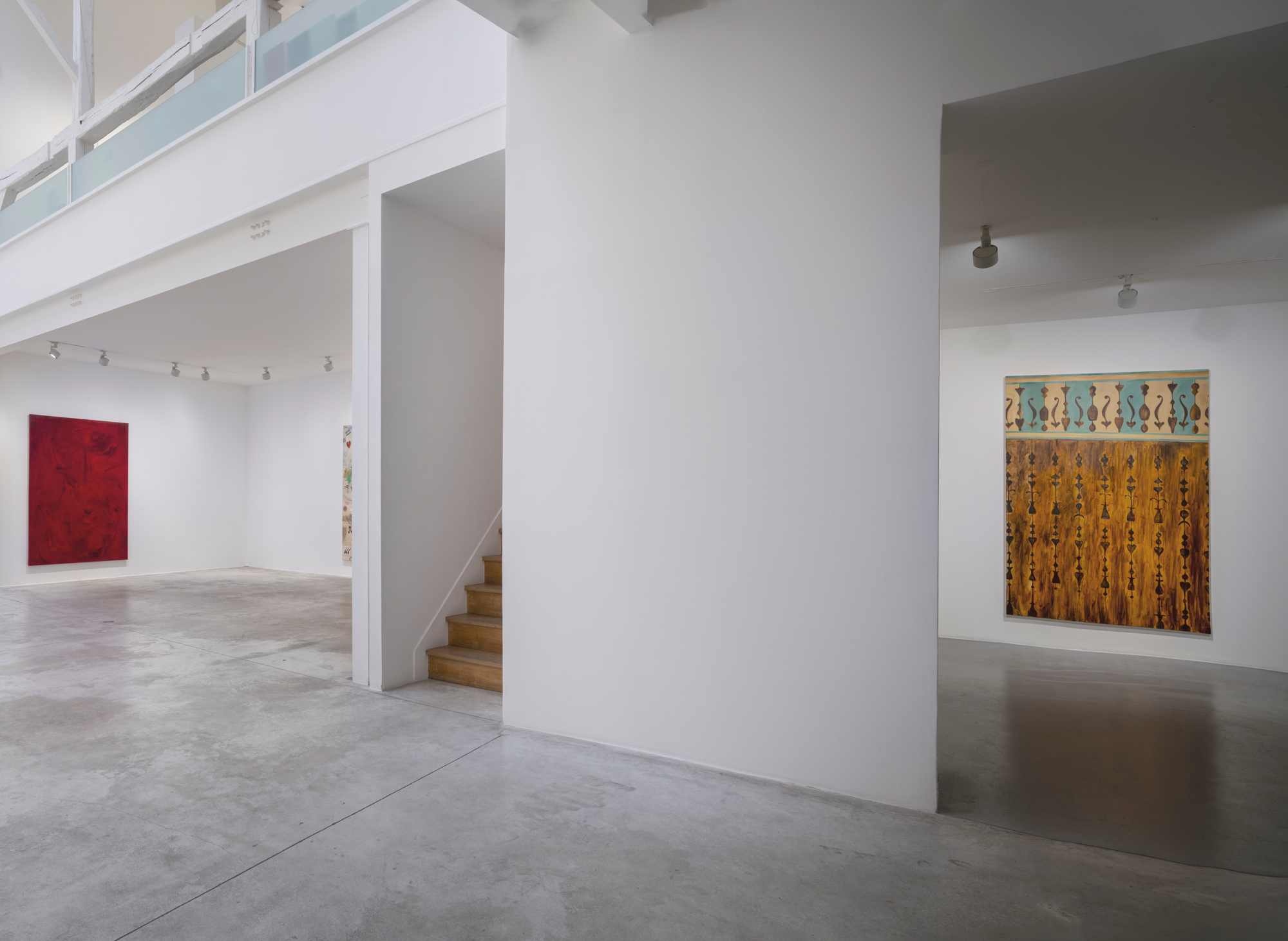 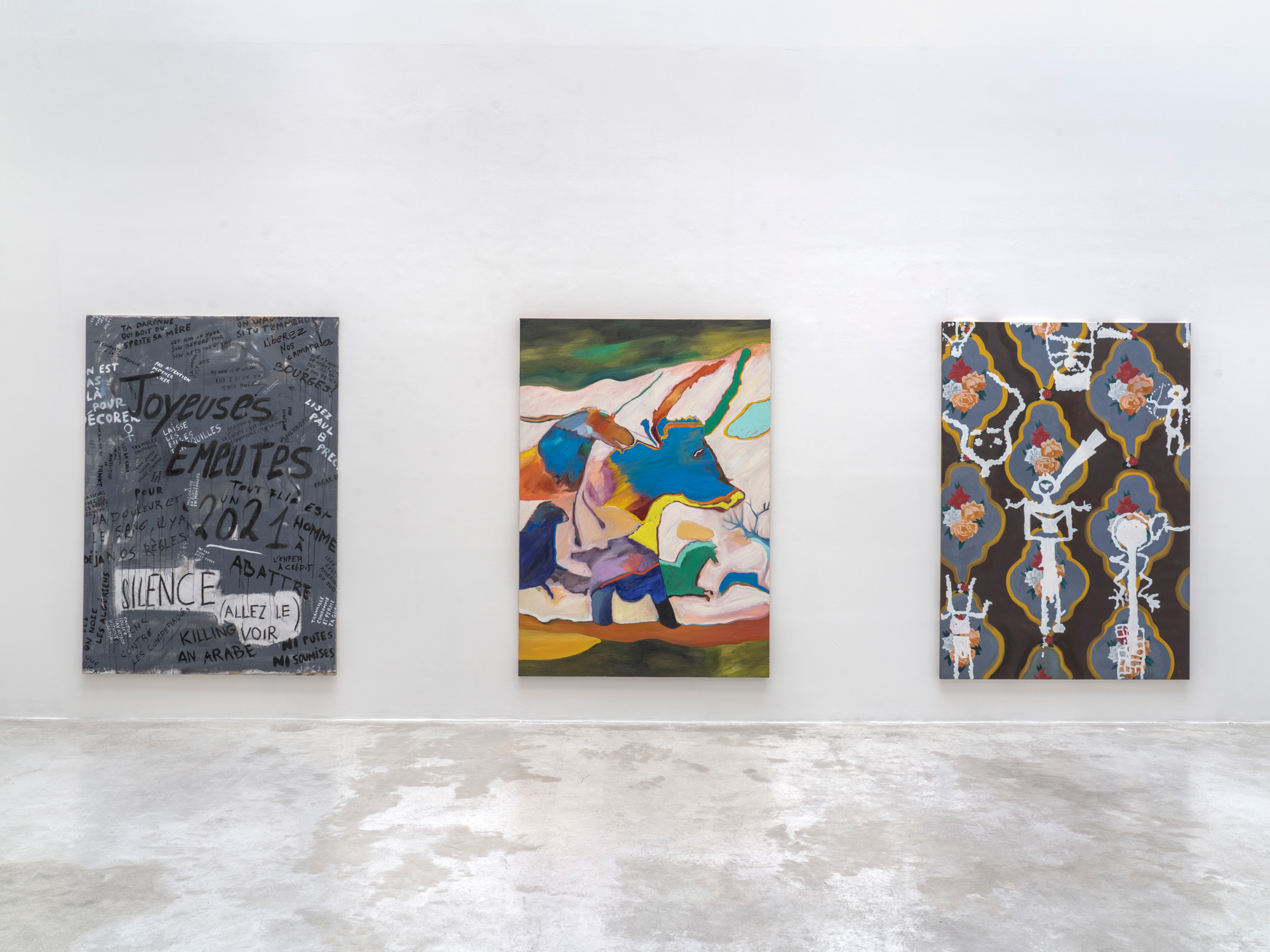 Michel Rein Gallery is pleased to present the first solo show of Sébastien Bonin in Paris after Nycthéméral (2019, Michel Rein, Brussels).
The Black Maria is to cinema what the camera obscura is to photography. A term previously used for police vans, Thomas Edison’s employees applied it to this other black box on wheels, the first studio in the history of cinema.
An enclosed, abstract space, open to the sky of possibilities, the Black Maria permits dreams and even exists solely to produce them. From this point on, the simulacrum becomes a central element whose function is to reveal. This “semblance” is constructed by isolating a single element in the image or, conversely, by accumulating a mass of information.

Sébastien Bonin works in different media – including painting, photography and sculpture – letting the works decide which medium they need in order to best express themselves.
Whether cinematographic, literary, fine art or musical, sometimes the work derives from a word, an image or a sound suggestive of various contemporary myths.
In Black Maria, the artist presents a series of paintings, the dimensions of which – always the same, 200 x 140 cm – invite the viewer to enter them bodily, to dive into them. Each work presents us with a narrative, a particular story, in which reference is made to our times through the insertion of contemporary or archaic iconographic elements. The works explore a shared space that does not refute the singular memories of individuals but nevertheless offers an open reading, allowing for multiple levels of interpretation. The configurations of the works are not fixed, and with each reconfiguration a new narration is revealed. Without ever having to formulate the latter in too obvious a way, these configurations play on our ability to identify and contextualise. New rules seem to be operating in this playful taxonomy that gives the works the status of an interface between our reality and a space of mental representation.
Bonin’s work can be seen as a kind of Harlequin’s costume. Harlequin has a long history: depicted in the Italian Renaissance commedia dell’arte as a comic manservant and known for his buffoonery, he then becomes, in French literature, an apparently naive and sensitive valet, his mock subservience grounds to suspect intelligence and cunning.
Harlequin is dressed in a patchwork of fabrics, an outfit made up of diamonds of various and varied colours, each facet of which is supposed to represent a different aspect of his personality.
Like the performer’s costume, the artist’s oeuvre is made up of a profusion of works, styles and subjects, the abundance of which may seem, at first, to hinder our reading of it. Beyond this initial impression of eclecticism, which might imply that the works are alienated from one other, networks of free associations begin to form according to how wisely we exercise our gaze, in collusion with that of the artist.

Comparable to the condition of the Harlequin described by Michel Serres in his book Le Tiers-Instruit and where each page resembles the character’s coat, hybridity, in Bonin’s work, can be seen as an embodiment of learning, of knowledge.
The sum of the colours of the patched coat synthesises to become white: “It is an universal that is not in opposition to singularities.”
Bonin tries to free himself from power and hierarchies: he mines a diverse range of sources, and, in line with his egalitarian approach, places everything on the same level.

A nostalgic Bonin paints the past which is still somewhat present, but also the present for a future. Echoing what the historian Henry Rousso has written, Bonin’s work tries to “enable the active participants of the present to appropriate a past that is only theirs by inheritance, which opens onto the future and which avoids, as far as possible, the pointless rumination of what has been and will no longer be”.

A mapping begins to emerge. Change is now, but it was also yesterday, and it will be even more so tomorrow.

The Black Maria, as a theatre of past, present and future operations, virtual or real. Inspired by different cosmogonies, the narratives intersect, stitch together, take shape, intertwine to form new mythologies.