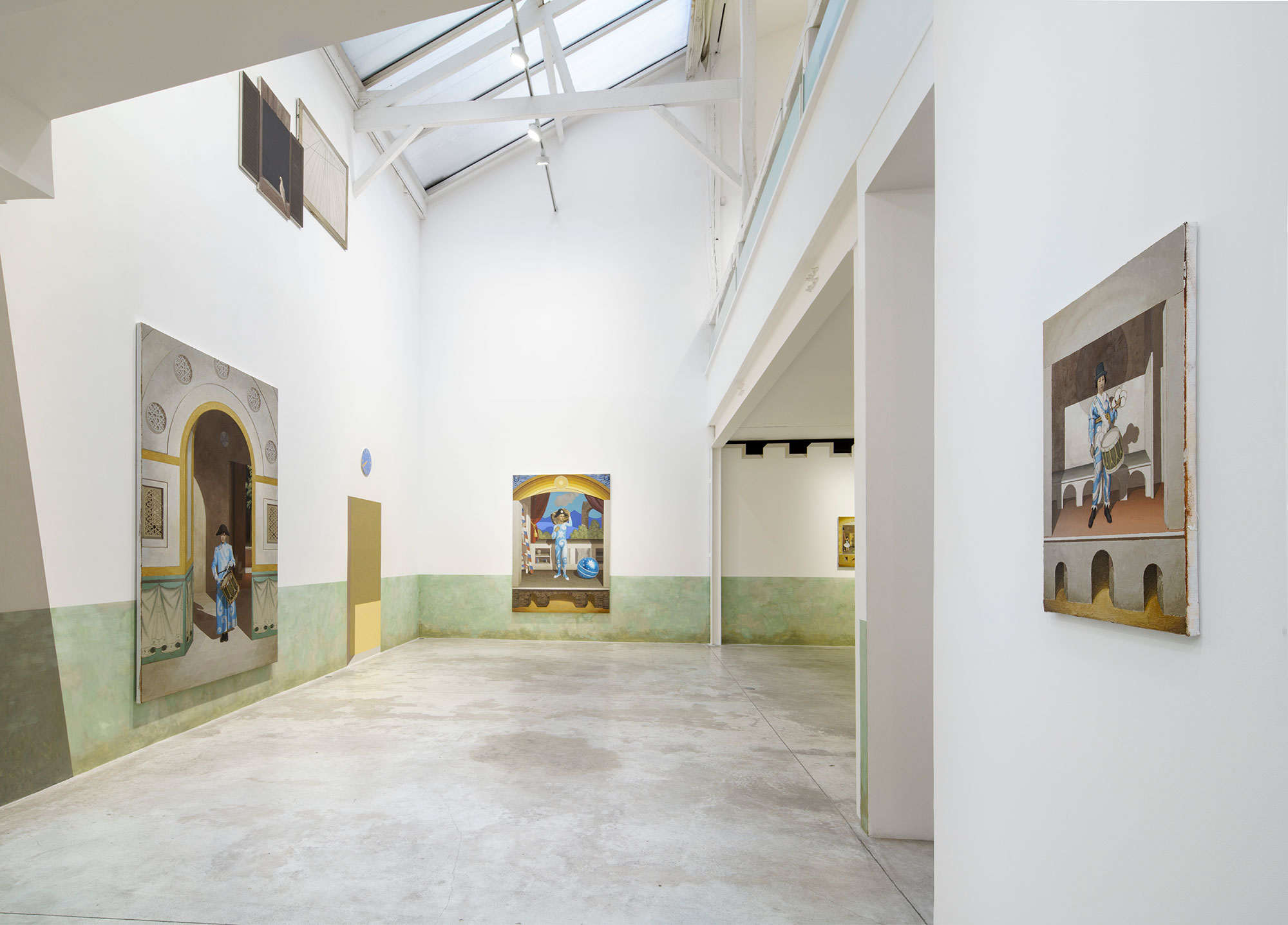 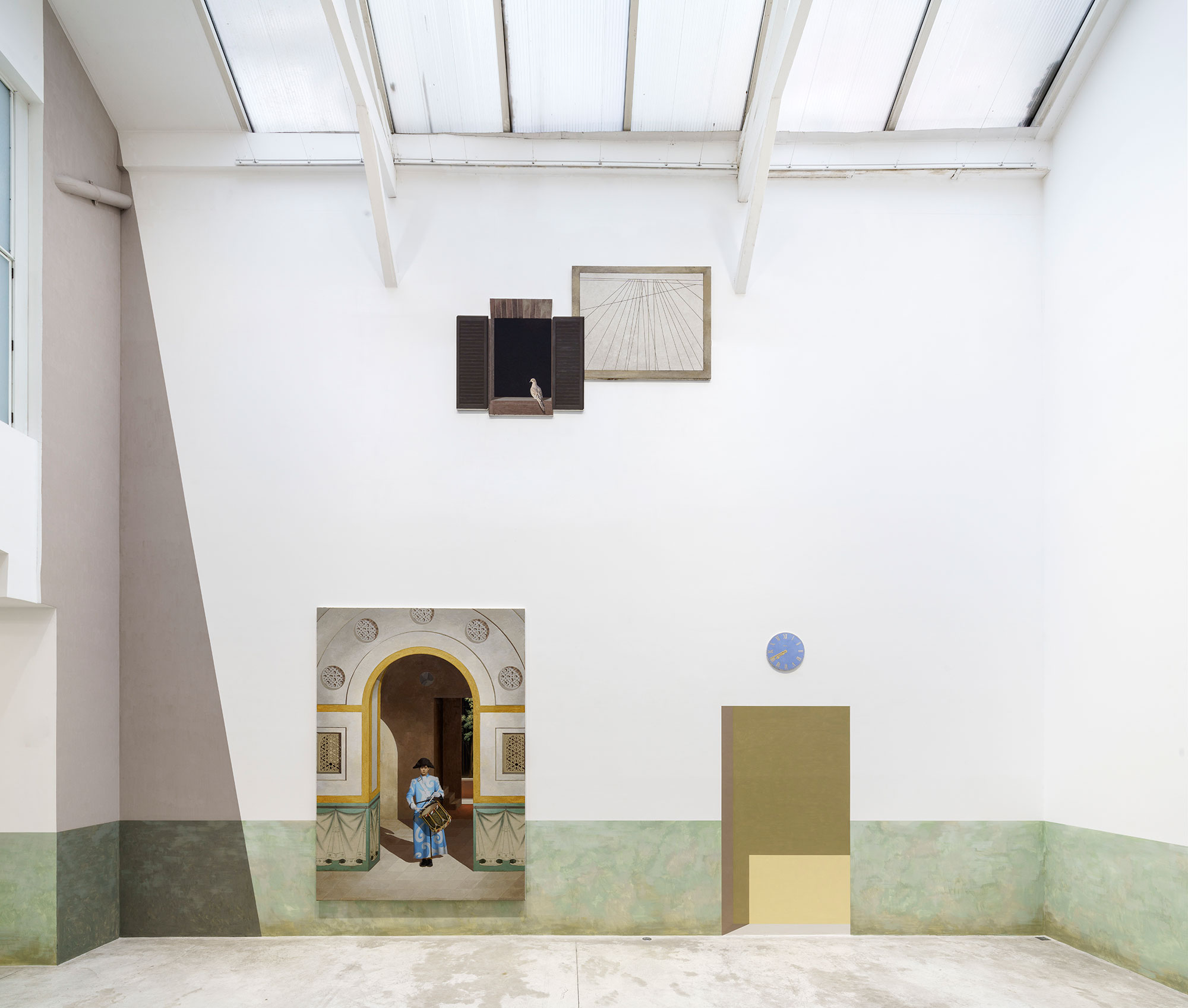 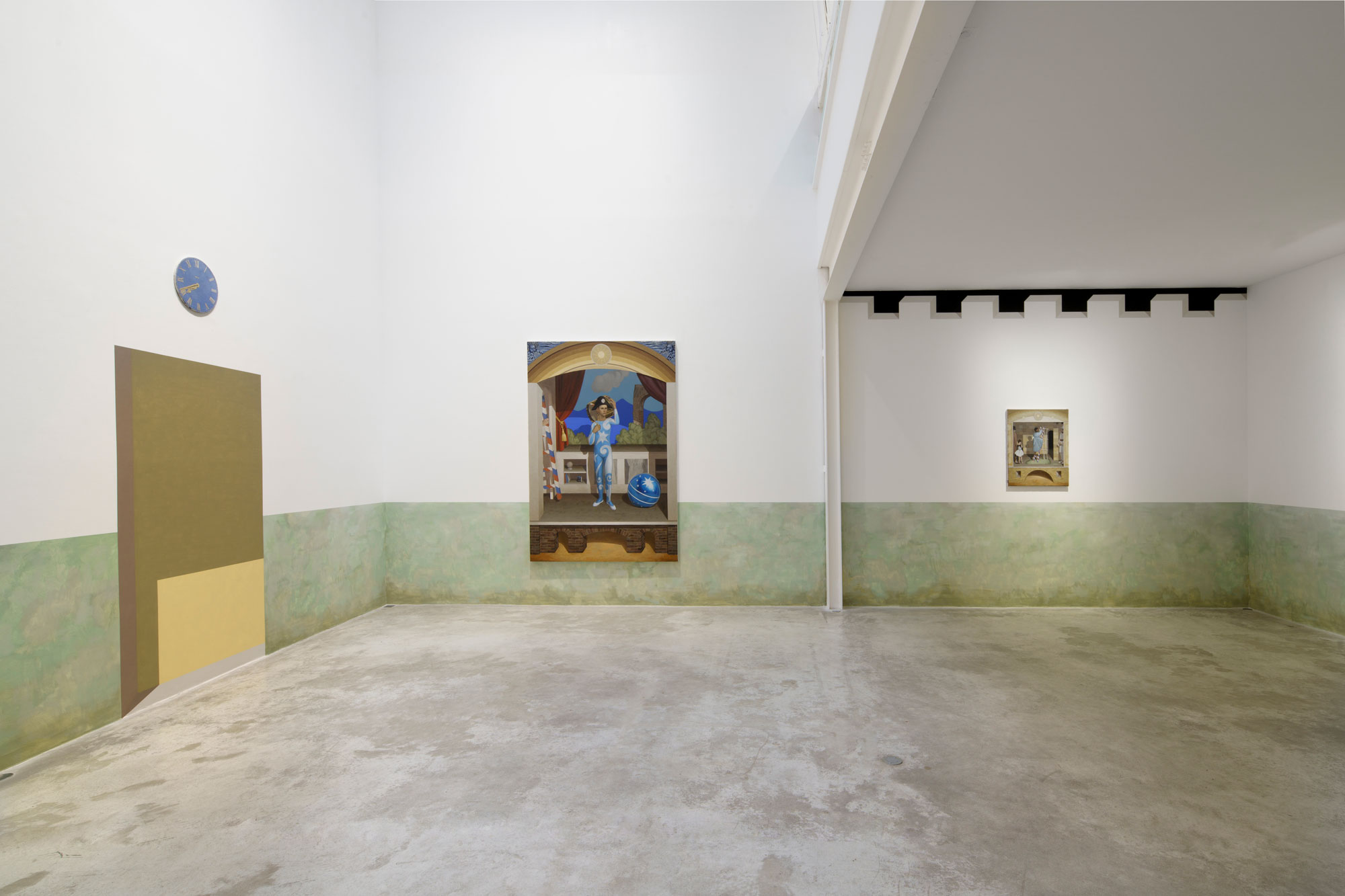 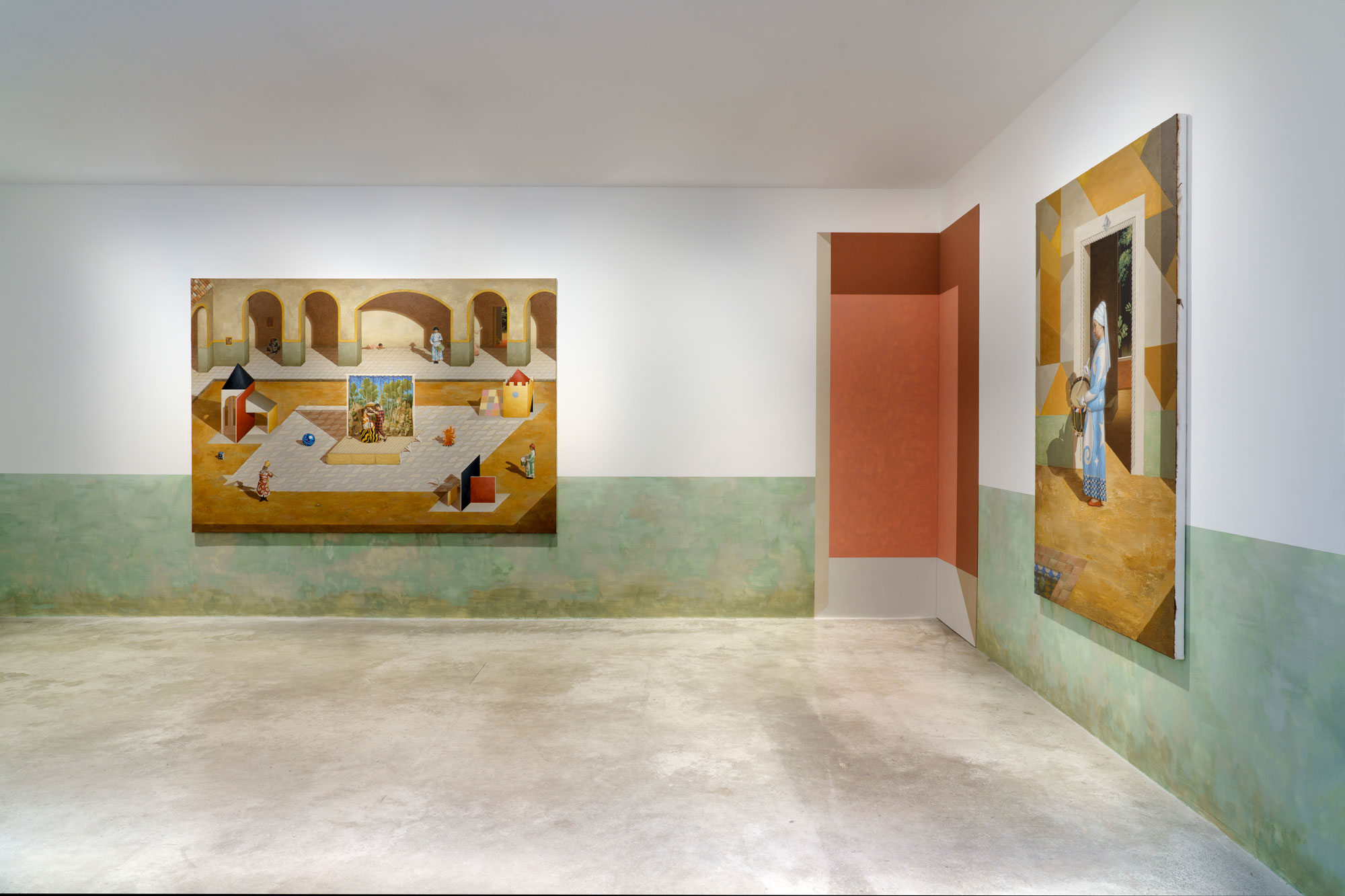 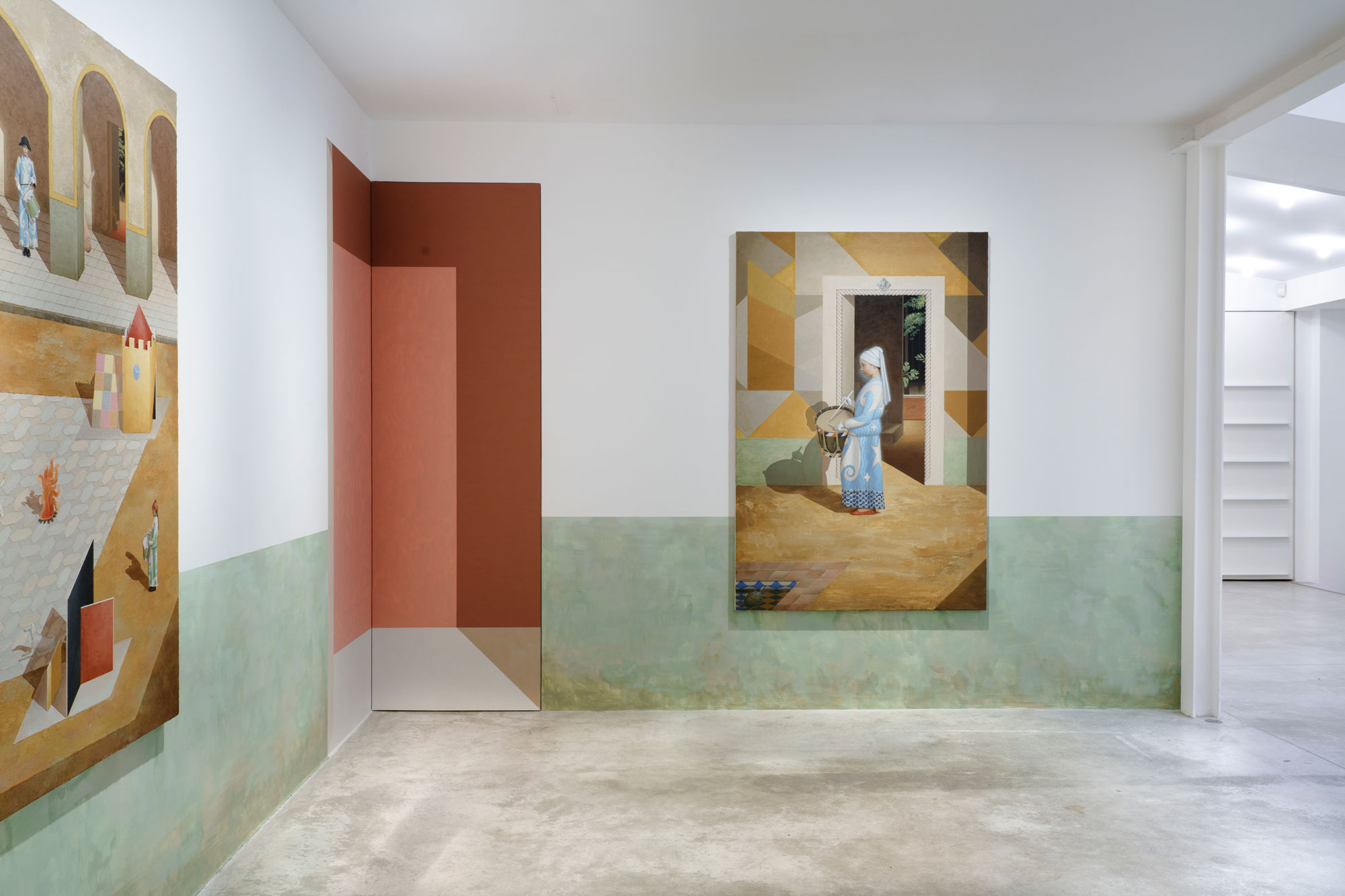 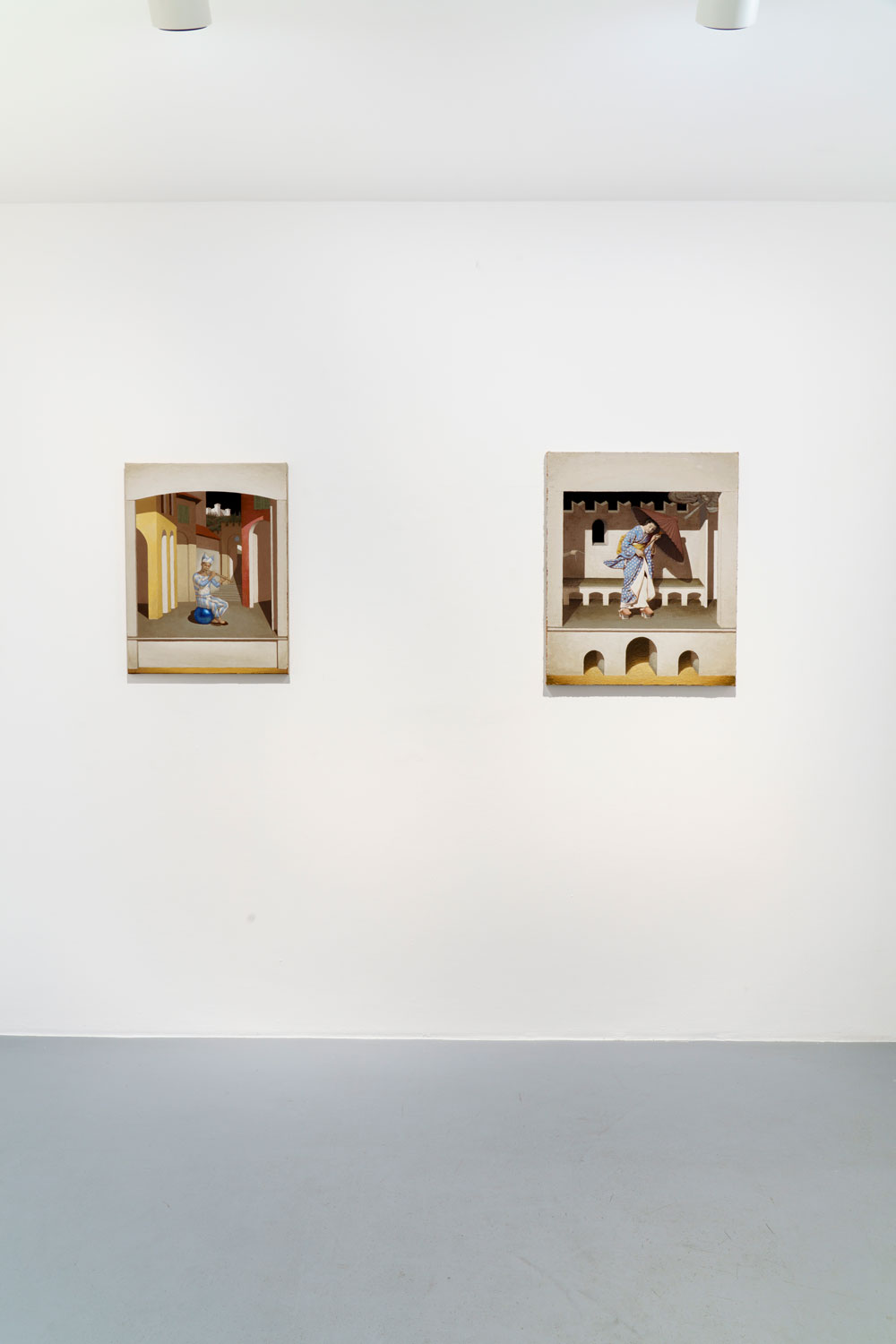 The Harlequin in his patched costume, the tricolour drum and ladder, the starry sphere, the costumed children (dancer and acrobat), the leotard fabric with its celestial motifs: these marvellous figures have travelled from Pablo Picasso?s great canvasses The Family of Saltimbanques (1905) and Parade (1917) into Christian Hidaka?s.

The bearded magician may perhaps be the "rotting Sorcerer" of the Picasso's friend, the poet Guillaume Apollinaire. On the stage of Siparium, a female Perseus blocks with her shield a male Medusa in Harlequin costume, in the very same pose adopted by Syrinx and Pan in the choreography of Nijinsky's L'Après-midi d'un faune (1912). What are all these characters doing in Hidaka's work? They seem to be "on parade". Before a show, and this is still often the case today, entertainers, artists, acrobats, dancers, circus folk parade about to drum up interest. They are performing, but not quite; they act their parts around the city, bring delight to the everyday world, transform the streets and squares, sprinkle a little bit of magic. They exist somewhere between real life and fantasy. They invite us in.

In Hidaka's paintings, we find ourselves in the streets and squares of Italy and Asia, a few centuries ago. The arcades, paving, marble, soft and earthy colours, decorative geometries without stiffness bring to mind Siena, Venice, the architect Sebastiano Serlio - one of whose engravings inspired the stage curtain visible in Siparium - and early investigations into perspective. Depth, however, is rendered in an "oblique" way, without a vanishing point, according to an Eastern technique. Elsewhere, a young woman in a kimono and geta (those Japanese sandals mounted on "teeth", known as ha) struggles with her parasol against a chubby-cheeked storm typical of Western art. The illusion is not complete; this entire world also presents itself as an image and as a web of images, an art of memory and synthesis. Thus, the sky-blue and white Harlequin costume can be found clothing in turn several male and female drummers, the models for which are sometimes imaginary or "fabricated", sometimes real (a young contemporary performer - or the artist's own daughter).

And what if we were to set aside these visual memories for a moment? Hidaka's paintings are cryptic and conceptual, but must we reveal their sources? Must we understand them to love them? In their beauty, they come across as mysterious, like the deep and spellbound reverie of an artist for a world that no longer exists, but is always present for him. These sky-blue, constellated Harlequin costumes, the Chirico-like void of these scenes, squares, streets and galleries speak of the melancholy that inhabits them. In their many iterations and reiterations, the paintings sing of dreams and fascination. A deafening silence reigns: that of a flute which plays some unknown tune, strange certainly, perhaps "very old, languid and mournful", hypnotic like that of the Pied Piper of Hamelin, pulling us into an in-between world; that of these "old" Napoleonic drums (Hidaka acquired one at auction for his series) which also reek of sacrifice and death: should we follow them? They invite us to pace around this pictorial limbo with them in our minds and imagination, to experience its singular vertigo.

(The quotations in the final paragraph are taken from Gérard de Nerval?s poems El Desdichado and Fantaisie.)